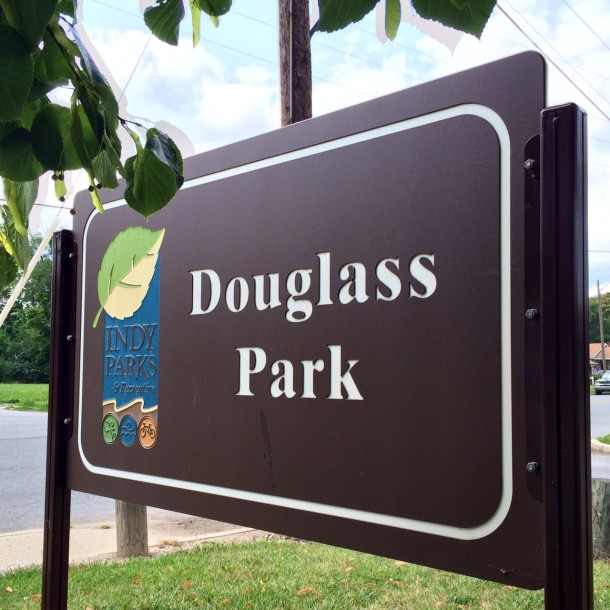 Indianapolis is a city rich in sports tradition.  We have the Indianapolis Indians, minor-league baseball’s second oldest team; the Indiana Fever, who won their first WNBA title in 2012; the Pacers, three-time American Basketball Association champs between 1967 and 1976; and our beloved NFL team, the Indianapolis Colts.  Let’s not forget the Indianapolis Motor Speedway, which hosts “the greatest spectacle in racing” each May, or the NCAA Hall of Champions, a museum celebrating the achievements of collegiate athletes.  But historic athletic events have taken place throughout the city, though most on a much smaller scale.  Many of these took place at our local parks. 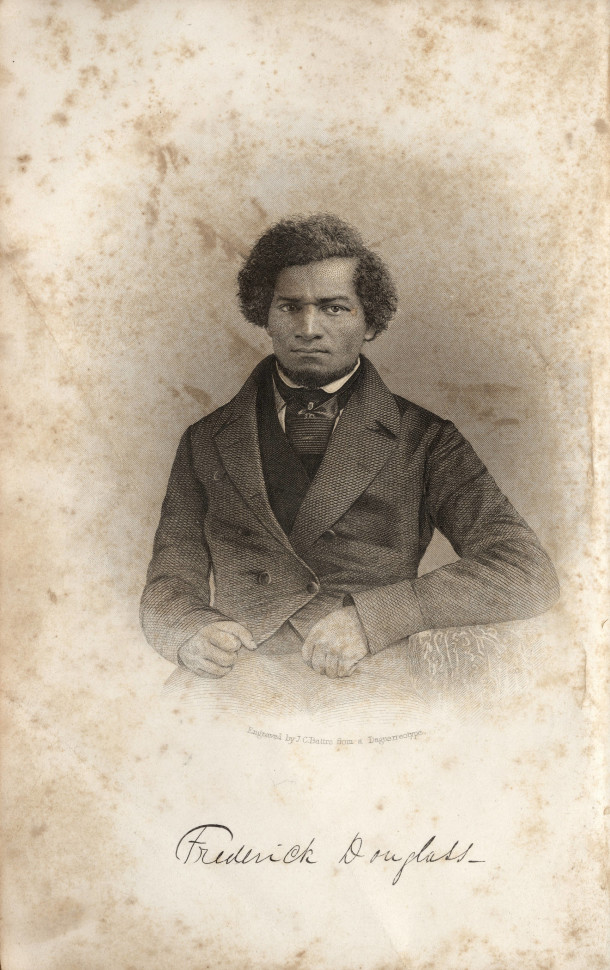 Douglass Park is named for Frederick Douglass, who played an instrumental role in the abolitionist movement. image: Indiana Historical Society

Douglass Park, named for abolitionist Frederick Douglass, is located at 1616 East 25th Street.  The land for this 43-acre community park was a donation from the family of Edward Claypool, local businessman owner of the Claypool Hotel.  The park is easily accessible from the Monon Rail Trail and features a playground, tennis courts, picnic facilities, baseball diamonds, basketball courts, football fields, and paved fitness trails.  During summer months, the aquatic center teems with visitors enjoying the pool.  Inside the family center, you’ll find ping pong tables, meeting rooms, and a basketball court.  Douglass Park is the site of many community programs and events, including a “Senior Prom” for persons aged 50 and older each September. 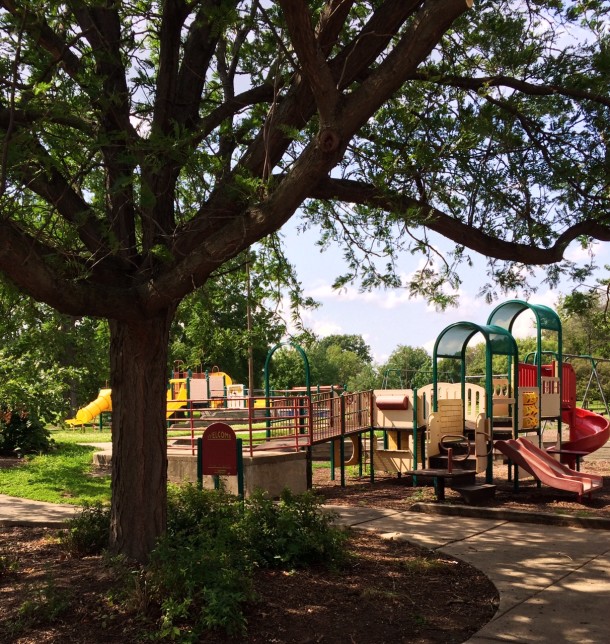 Douglass Park opened in 1927 after Marcus Stewart, a reporter for the Indianapolis Recorder, campaigned for a park serving the primarily African American neighborhoods living on the city’s northeast side.  Stewart, a community activist who urged the city to appoint a black police sergeant, and encouraged his readers to vote, was promoted to editor of the Recorder in 1928.  Though the city’s black residents enjoyed the same leisure activities as their white counterparts, systematic segregation prevented them from using many of the recreation facilities and parks.  As more African Americans moved to Indianapolis in the 1920s and 30s, Douglass Park became a popular site for community gatherings. 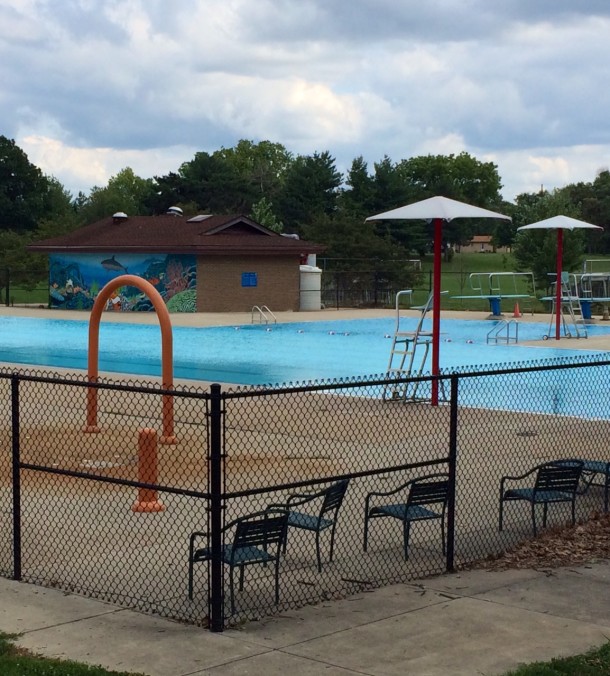 The pool at Douglass Park features a diving well and a wading area.

In 1928 the northern portion of the park was turned into Douglass Park Golf Course, making it the only golf course in the nation named after an African American.  Originally, the course amounted to a few tomato cans buried in the ground, but by 1936, it was expanded to nine holes.  The park was frequented by world heavyweight boxing  champion Joe Lewis and renowned golfers Ted Rhodes, Charlie Sifford, Ted Rhodes, and Howard Wheeler when they visited the Midwest.  Even after the city’s parks and golf courses were integrated in the 1960s, the clubhouse of the Douglass Park Golf Course remained a popular meeting place for local African American politicians, business owners, and civic groups. 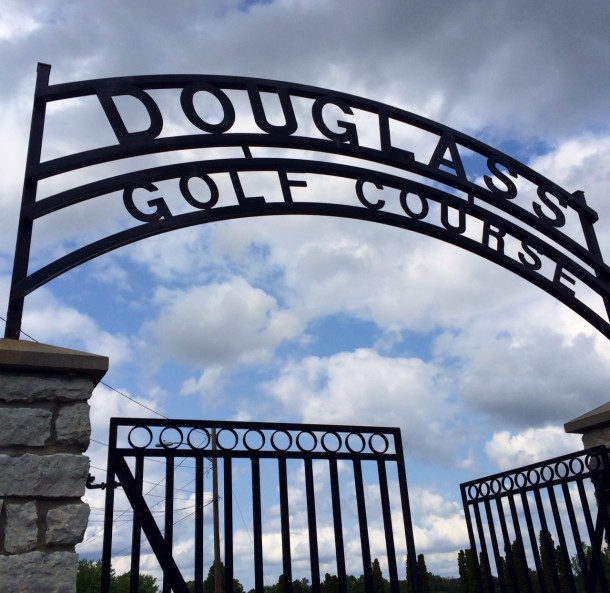 One of Douglass Park Golf Course’s most famous visitors was Joe Lewis.

On the other side of the park, basketball history was unfolding.  Long before year-round youth sports leagues became popular, young athletes organized pick-up basketball games around the city.  In the 1960s the Douglass Park Family Center was one of the places where Indianapolis’s top young basketball talent vied for court time on warm summer evenings.  George McGinnis, Richard “Boo” Ellis, and Mel Daniels, who went on to play for the Indiana Pacers, all practiced their jump shots at Douglass Park.  Basketball legend Oscar Robertson occasionally dropped in to watch the games. 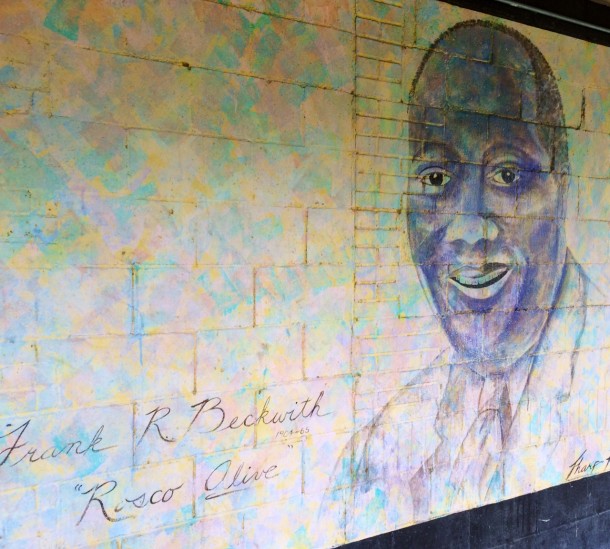 Frank Beckwith was the first African American to run for President of the United States. He lost the Republican primary race to Richard Nixon.

The community honors the memory of another important figure in Indianapolis history with a portrait painted on the side of the Douglass Park Family Center.  Frank R. Beckwith was an attorney and judge who worked tirelessly to promote racial integration throughout the city.  Thanks to his efforts, the IHSAA allowed black high schools to compete for the state basketball title beginning in 1954 and was instrumental in petitioning the Marion County General Hospital (now part of Eskenazi Health) to hire African Americans.  Beckwith, who was married to Mahala Ashley Dickerson, the first black woman to practice law in Indianapolis, is also remembered for being the first African American to run for President.  In 1960 he appeared on the Republican presidential primary ballot.  Though he received 20,000 of the 60,000 votes cast that day, Richard Nixon won the primary and later the office of the Presidency. 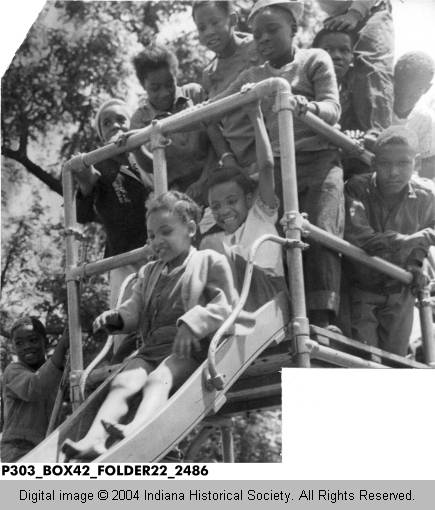 Douglass Park is a lush green space in an urban landscape.  In addition to providing ample recreation opportunities, the park is also a place that commemorates important people and events in Indianapolis history. 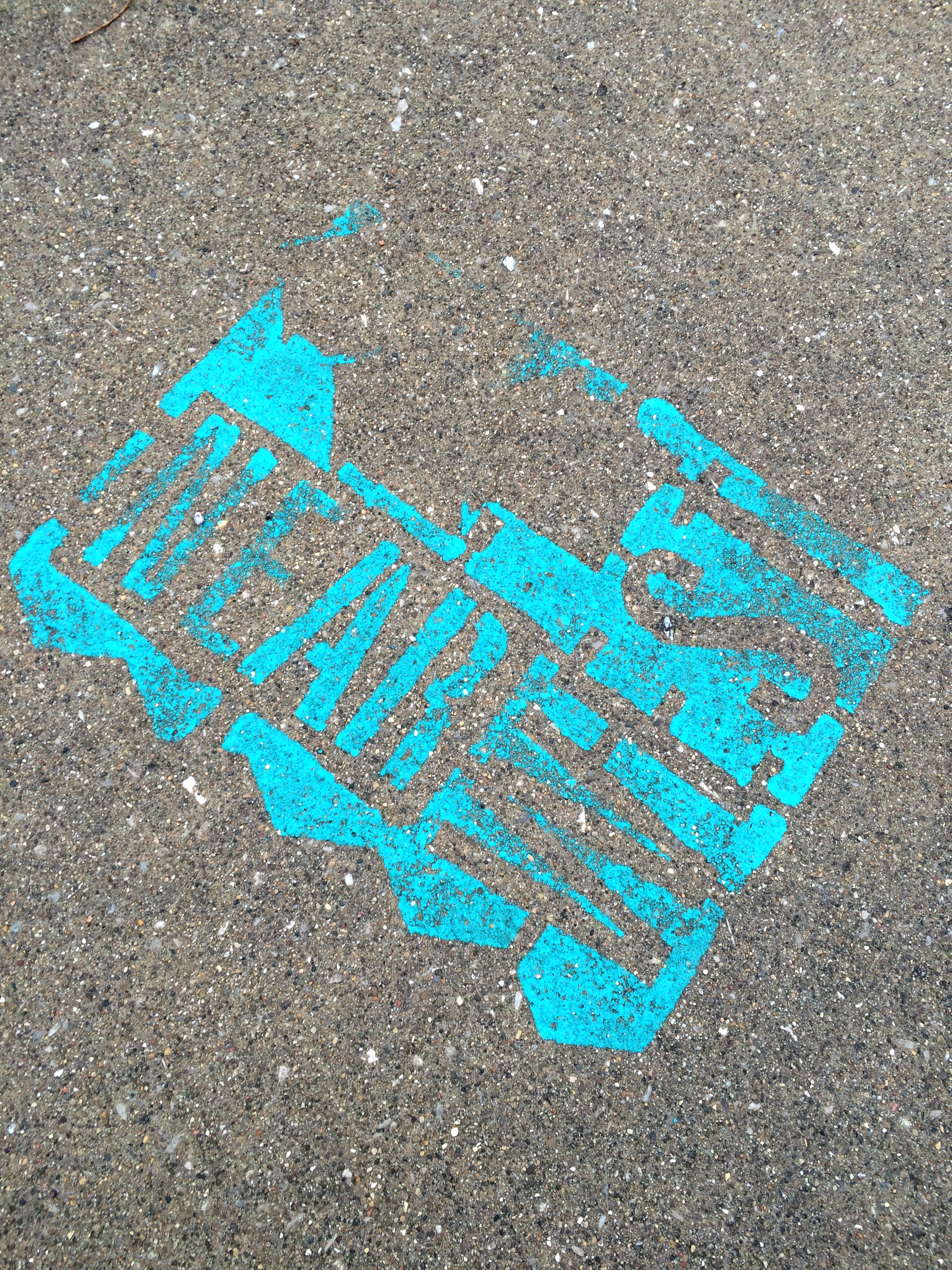 In the Park: Hawthorne Park