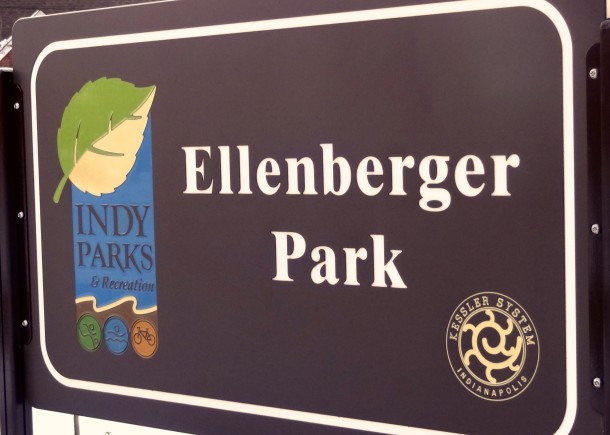 Indianapolis’s Irvington neighborhood, located five miles east of downtown, is a well-established community.  The quaint homes lining its streets have stood for decades.  Neighbors share conversation over breakfast at local eateries like The Legend. It is home to Indiana’s oldest tree, the Kile Oak, a burr oak estimated to be between 300-400 years old.  So it’s no surprise that Ellenberger Park, located on the north side of Irvington, is a community destination steeped in history and tradition. 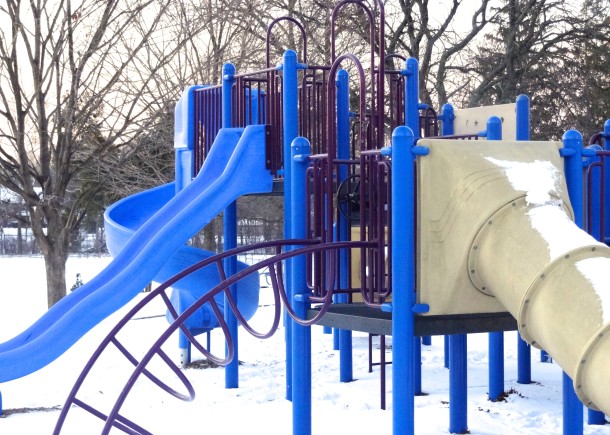 One of Ellenberger Park’s two playgrounds 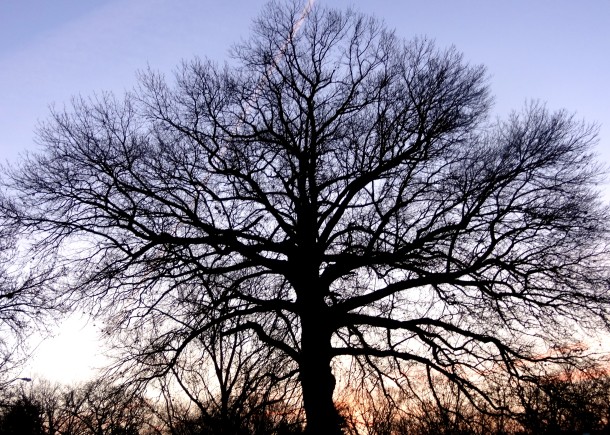 Aside from the playgrounds and sports facilities, the park remains largely untouched.  Its southern border is formed by Pleasant Run creek.  Evergreen, sycamore, and oak trees tower over the landscape.  The rolling hills of Ellenberger Park make it a popular sledding destination in winter. 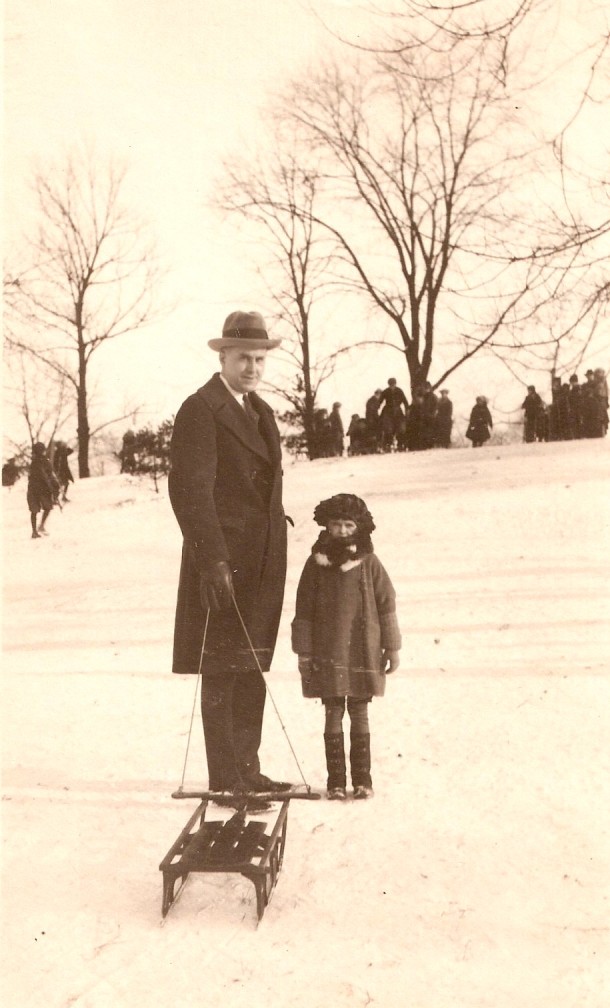 William Schneider, who spent many years working for Marion County and the City of Indianapolis, is seen pulling a sled with his young daughter, Evelyn. (Photo credit to vintageirvington.blogspot.com)

It turns out that the primitive design of Ellenberger Park was no accident.  The land was originally owned by the Sandusky family as part of their sprawling 320-acre farm.  John Ellenberger began tenant farming on the land in 1853.  By 1865 he had purchased his own 160-acre plot from the Sanduskys and built a farmhouse near what would be 10th Street today.  Ellenberger was a generous community member and in 1882 began allowing families in the Irvington area to use the woods as an informal recreation site. 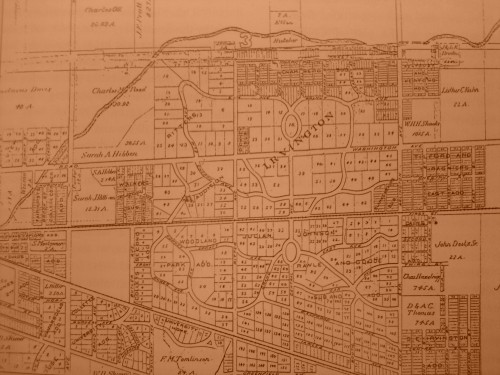 A map of Irvington. Ellenberger Park is on the north side of the map.

At the turn of the 20th century, Indianapolis’s population was increasing rapidly, approaching 200,000 total residents.  The demand for public services, including parks, was growing.  The city purchased 32 acres of Ellenberger’s wooded property in 1909.  The money was raised through a tax levied on eastside residents.  The community initially balked at the tax hike; after all, they argued, they had been using the area as a park for over 25 years.  Despite the protest, the tax increase went into effect and the city bought the property for $500 per acre.  Additional purchases of adjoining acreage made in 1911 and 1915 brought the park’s total area up to its present size. 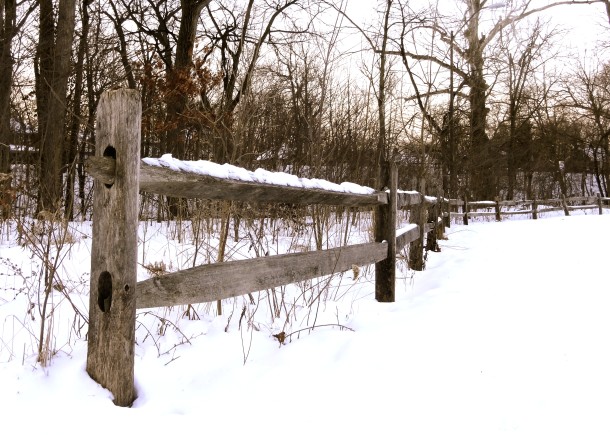 A snowy day at the park

In 1908 the city of Indianapolis hired famed urban planner and landscape architect George Edward Kessler to develop the area as part of a citywide park system.  He had previously designed impressive parks for St. Louis, Cincinnati, and Kansas City.  Eager to compete with these other up-and-coming cities, Indianapolis sought Kessler’s expertise.  He spent a year studying the city and took into consideration the public’s desire to have smaller, regional parks that served individual neighborhoods.  His Park and Boulevard Plan included parks in every major area of town connected by parkways. 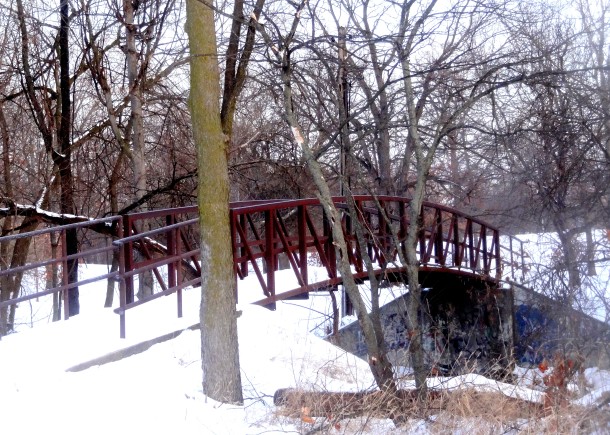 Kessler’s design was not only beautiful, but also practical.  It allowed for thoughtful urban growth, prevented erosion and water pollution, and provided flood control.  The layout was set on a diagonal, providing a contrast to the strict grid system utilized in residential areas.

A painting of Ellenberger Park by H.F. Pressnall, 1931

Kessler wanted to preserve the natural beauty of the Ellenberger woods.  Instead of extensive plantings and monuments, the trees that stood when Ellenberger first arrived at the property would remain.  Pleasant Run creek served as a primitive swimming area and existing artesian wells were turned into simple stone fountains.  An article in the Indianapolis Star stated of Kessler:

“He would not even put park walks through it, but would allow the old woodland paths, which were worn there years ago by feet now grown old, to still be paths for younger feet.” (November 28, 1917) 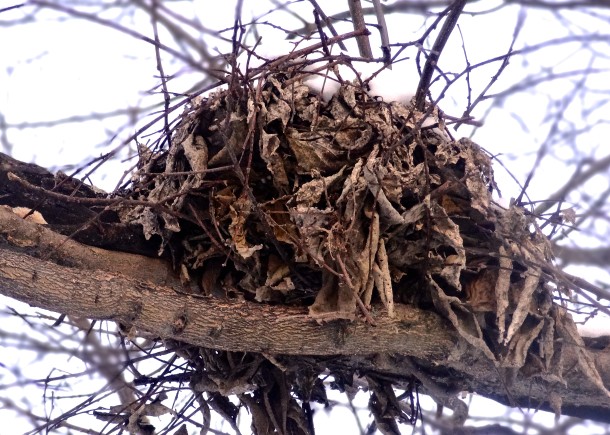 Ellenberger Park experienced a brief identity crisis in the 1920’s.  The Board of Parks (now Indy Parks) voted to rename it in 1922, to honor Dr. Henry Jameson, who served as chairman of the Board during the planning and construction phases of the successful Kessler Park System.  Irvington residents protested the change, wanting to maintain the Ellenberger family’s legacy.  This time their objections were heard; the name was changed back to Ellenberger Park in 1926.

In 1927 the Board of Parks began construction of the Ellenberger Park pool on the north side of the park, completing the project in 1930.  It went through an extensive rehabilitation in 1974 and the pool house and changing area were added. 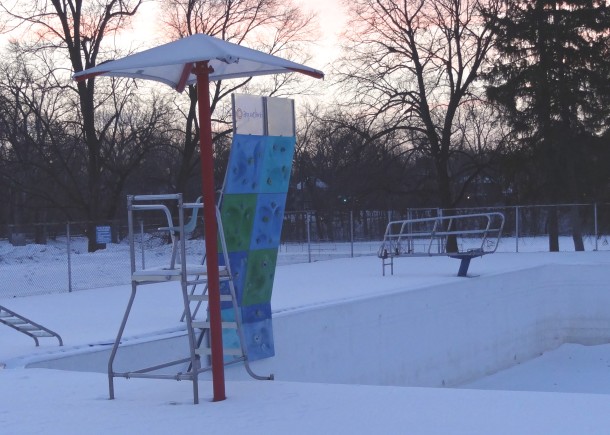 The lifeguard stands are empty today, but Ellenberger Park pool remains busy during the summer months

The Ellenberger Park Ice Rink was installed as an outdoor skating facility in 1962.  The rink was enclosed during renovation of the pool. 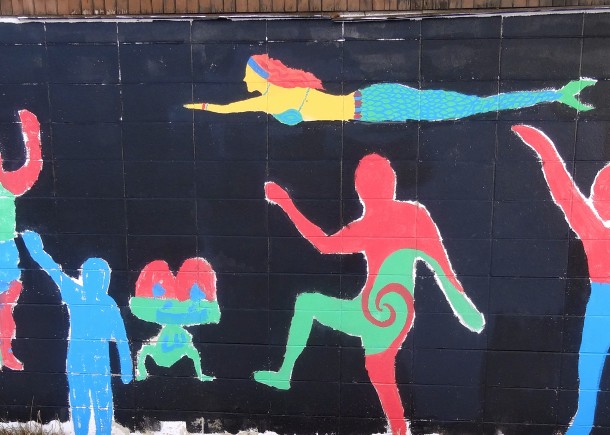 The mural on the Ellenberger Park pool house, dated 2009

This precious community asset is in need of further improvements.  It lacks covered picnic areas and public restroom facilities.  The once-popular ice rink closed in 2009 when improvements were deemed too costly.  Signs along Pleasant Run creek warn visitors not to swim in its waters due to potential sewage runoff.  There is no spectator seating around the baseball diamonds and football fields. 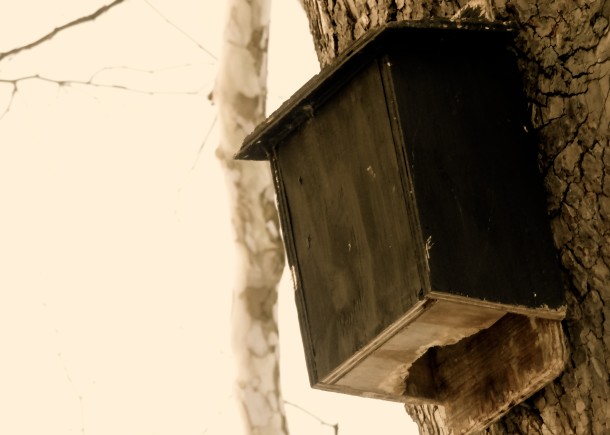 One of the many birdhouses seen on trees around Ellenberger Park

Yet signs of community involvement remain.  A mural dated 2009 graces the back of the pool house and is signed by children participating in Indy Park’s summer programs.  Birdhouses placed around the park attract nesting birds.  Neighbors wave at each other as they jog along the wooded trails.  In the 1980’s, Indy Parks proposed a renovated parking area but neighbors fought the expansion because the plans eliminated the park’s beloved sledding hill. 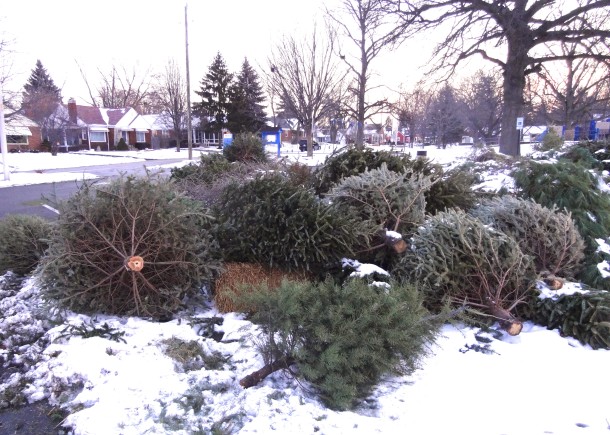 Local residents dropped off their Christmas Trees at the Ellenberger Park park lot in January.  Indy Parks  will reuse the trees to create habitats for fish in lakes and ponds at various city parks.

Ellenberger Park is, above all, a place where families and friends gather for socialization, exercise, and spirited competition.  It is an oasis of unspoiled nature in the midst of a tightly-knit residential area.  Continued engagement from neighbors can help ensure that Ellenberger Park and the City’s other parks remain places for rest and recreation for many pairs of younger feet in years to come.