Welcome to Forest Manor Park on Indianapolis’s east side. This 18.8 acre neighborhood park was established in 1937, to meet the needs of families moving out of the heart of downtown and into the city’s growing suburbs.   The park is located at 2000 Forest Manor Avenue, just south of 21st Street and east of Sherman Drive. 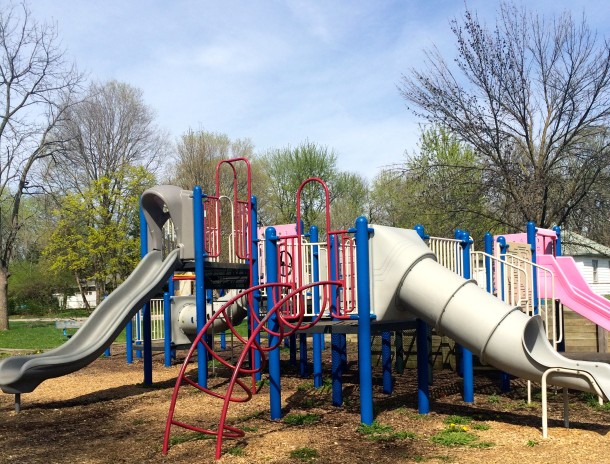 The playground at Forest Manor Park

The popularity and affordability of the personal automobile played a major role in shaping the city’s growth in the 1920s.  As cars rolled off the assembly line in nearby Speedway, they found homes in local driveways.  Areas that were once impractically far from downtown Indianapolis were suddenly accessible by car.  But the availability of the automobile didn’t eliminate the need for outdoor play opportunities for the up-and-coming eastside neighborhoods. 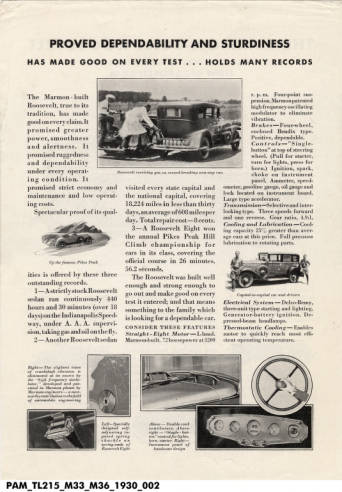 The park has three distinct areas for visitors to enjoy.  The north end of park lives up to its name — it is a lush green space that makes the perfect spot for a picnic, outdoor reading, or other passive recreations.  Pogue’s Run lies just west of Forest Manor Park.  The park owes much of its beauty to the fabled creek.  Mature trees form a canopy of shade, their deep roots fed by the nearby creek.  The trees also create a barrier between 21st Street and the playground area in the center of the park. 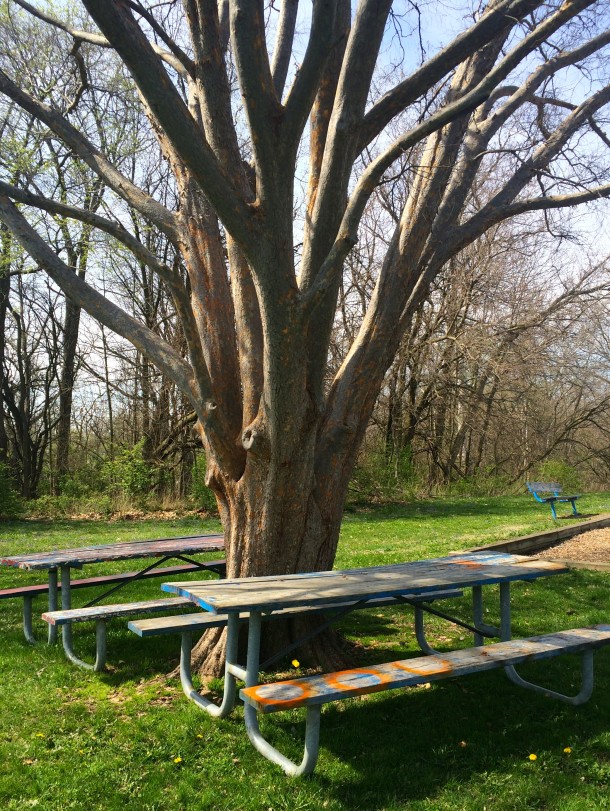 Forest Manor Park is a great place for a picnic

Forest Manor Park is the home of the Indianapolis chapter of Reviving Baseball in Inner Cities.  The program, which was started by the charitable arm of Major League Baseball in 1989, hopes to provide baseball and softball opportunities for children between the ages of five and twelve.  The park features four baseball fields and a large practice area. 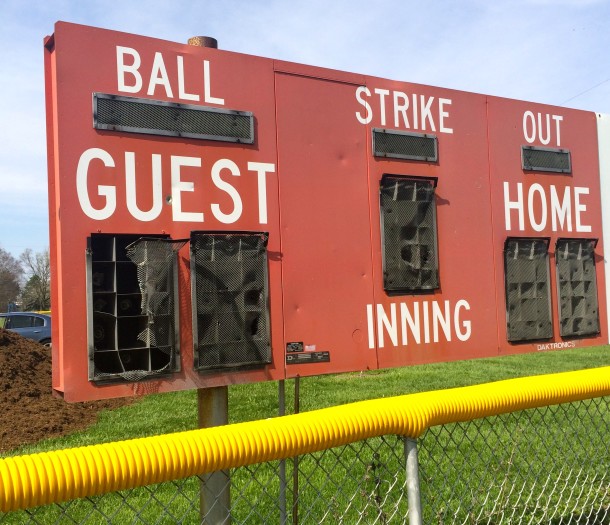 Whether you’re looking to relax in a shady green space, find a place for your children to play, or enjoy the excitement of a Little League game, Forest Manor Park has something for everyone.