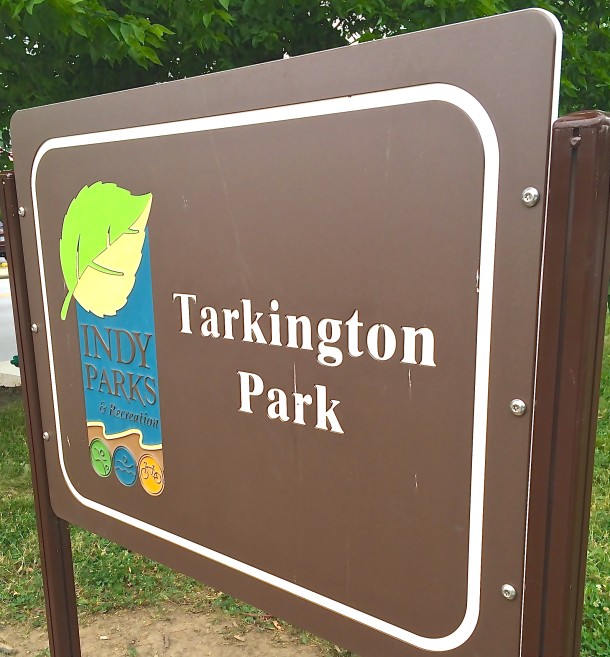 Tarkington Park is located at 39th and Meridian Streets

Welcome to Tarkington Park!  The 10.32-acre neighborhood park is found near the intersection of 39th and Meridian Streets.  The Butler-Tarkington Neighborhood on Indianapolis’s old northwest side is rich with history.  It draws its name from two of its most well known residents: Butler University and Pulitzer-prize winning author, Booth Tarkington. 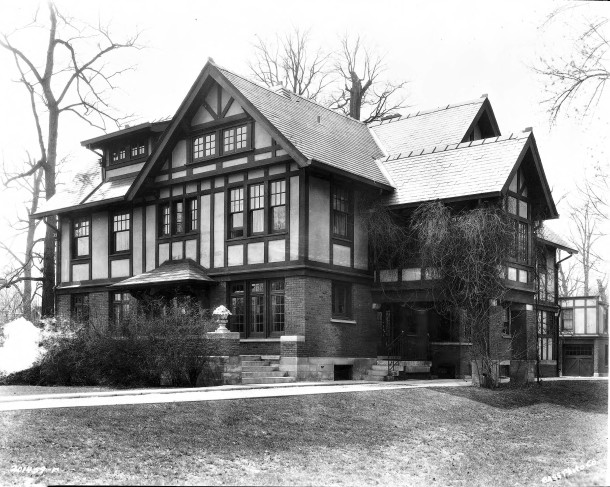 When Indianapolis experienced a population boom in the 1890s, downtown became more crowded and industrialized.  Wealthier residents moved north to escape the fast pace of city life.  In the ensuing years, their transition was facilitated by the growing popularity of the personal automobile and the expansion of the city’s trolley car system.  By the 1930s, the 4000 block of Meridian, lined with stately mansions, was one of the most prestigious places to live in the city.  Booth Tarkington, author of The Magnificent Ambersons, Alice Adams, and other acclaimed novels, made his home at 4270 North Meridian Street from 1923 until his death in 1946.  Five years after Tarkington moved to the neighborhood, Butler University relocated from Irvington to the grounds of Fairview Park.

The community embraced Butler University, welcoming the amenities it brought.  The university also attracted upper class families to a neighborhood that was already eager to insulate itself and maintain an image of exclusivity.  But with Fairview Park gone, the region lacked formal recreation areas.  In 1945 the city purchased the land that would become Tarkington Park, completing the picturesque landscape of an established community. 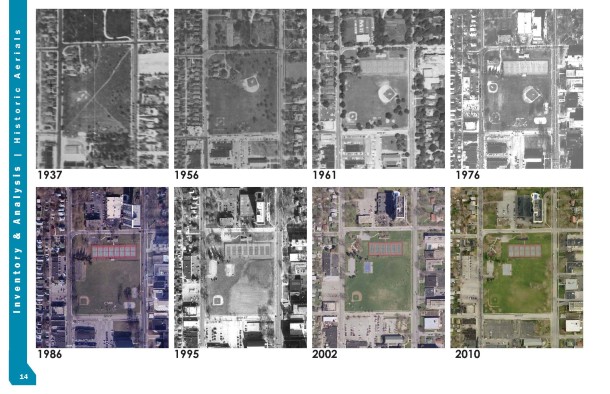 Aerial views of Tarkington Park through the years. Pierre’s mid-century tennis shelter can be seen at the top of the images from 1961 forward.  Image: Tarkington Park Master Plan, Rundell Ernstberger Associates

In the mid 1950s, court rulings desegregated neighborhoods across the city.  African-American residents began moving into areas on the north side of Indianapolis.  Unscrupulous realtors and construction developers attempted to convince some Butler-Tarkington home owners that the changing demographics would lead to falling property values and increased crime.  These businessmen encouraged families to sell their homes, sometimes at a loss.  Though some community members made strides to discourage this practice, known as “blockbusting,” many homeowners left, moving to the north and west. 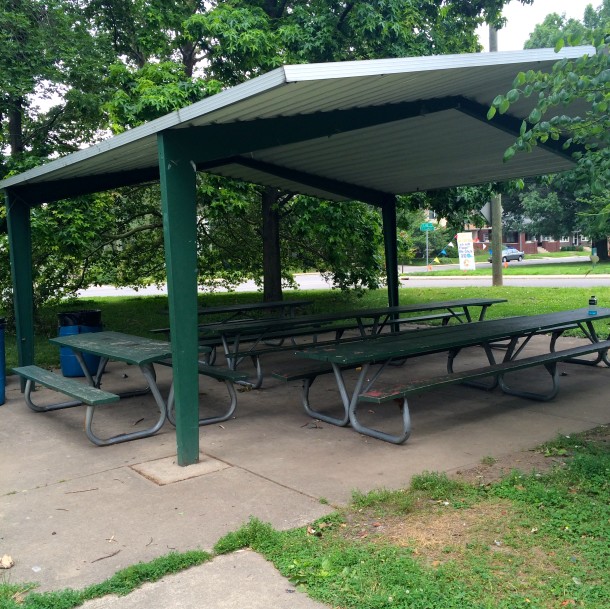 Tarkington Park is a cozy place for a picnic!

Further efforts to integrate the neighborhood met with mixed results.  Some residents were successful in forming block clubs that proactively looked for ways to solve the problems created by racial tension.  City planners hoped that Tarkington Park would become a place where community members would discover commonalities while watching their children play baseball and climb trees together.  In 1957, famed Hoosier architect Edward D. Pierre, who designed Indianapolis landmarks including Bush Stadium, the Sears Roebuck building, and the Indiana State Library and Historical Building,  was commissioned to build a tennis shelter on the north end of the park.  Pierre was deeply committed to urban planning, famously stating in an essay entitled “An American Revolution” that he considered it his duty to “impress upon young people the progress that free men can make by intelligent planning;” to encourage “full participation by all Americans in an effort to erase slums and blight from the nation’s cities and country-side;” and to concentrate on “solving the big decisions which face every community, as well as those of the nation.” 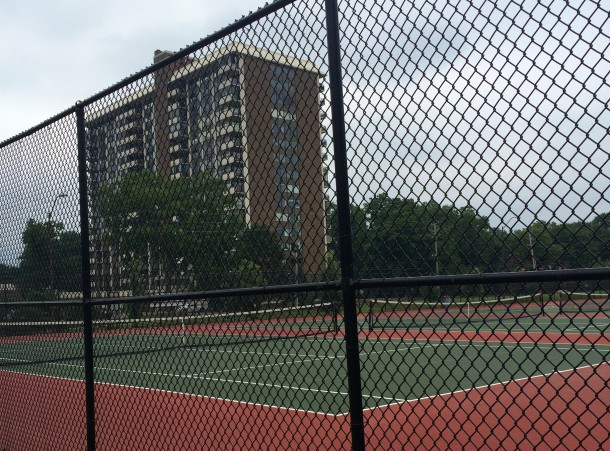 Tarkington Park is a popular place to play tennis. The tennis shelter designed by Edward D. Pierre, was torn down in 2011.

Sadly, Pierre’s vision for Tarkington Park went largely unrealized.  Families continued to move out of the area in the 1970s and 80s, leaving many homes in the surrounding neighborhoods abandoned and dilapidated.  Over the years, the park became underutilized and, at times, crime ridden.  The mid-century tennis shelter that had once been a focal point of the park was torn down in 2011 after falling into disrepair. 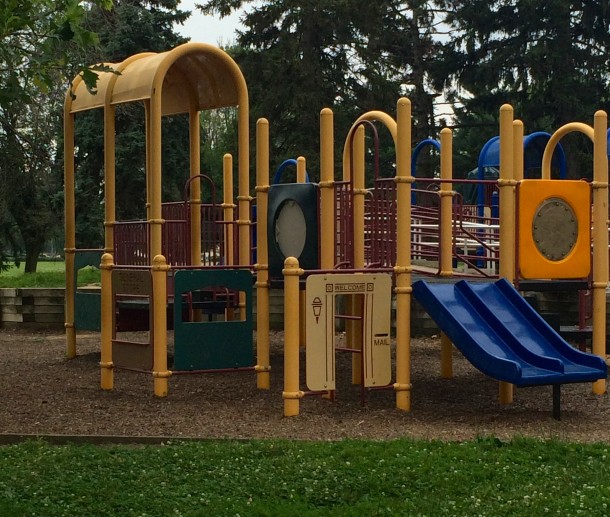 The playground at Tarkington Park

Today’s Tarkington Park features many of the amenities seen at other Indy Parks facilities, including playground equipment, basketball courts, and picnic shelters.  Recently, Tarkington Park has returned to the city-planning spotlight.  The park is slated to become a “destination park” in the Midtown area, featuring an urban dog park, an outdoor stage, and a splash pad.  Organizers hope to change Tarkington Park’s image, uniting the surrounding neighborhoods and drawing patrons to local independently owned businesses near the park.

As stewards of our city’s history, we bear a responsibility to learn from the past.  In the nearly seventy years since Tarkington Park opened, it has gone underutilized and developed an unfavorable reputation.  We can play an important role in ensuring that seventy years from now, this historic park is remembered differently.