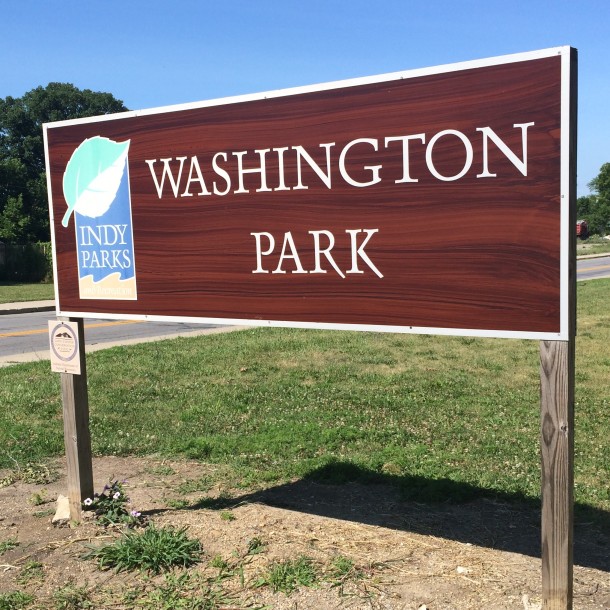 There’s nothing better than a sunny summer day at the park and there’s no better place to enjoy the summer’s most beloved activities than at George Washington Park.  When arriving at this 128-acre community park at 3130 East 30th Street, you’ll hear the laughter and joyful shouts of neighborhood children splashing in the spray park or climbing across playground equipment.  In one direction, an intense pick-up basketball game is underway.  In the other, a group of college students compete on the 18-hole disc golf course, while a walking group heads down a nature trail. 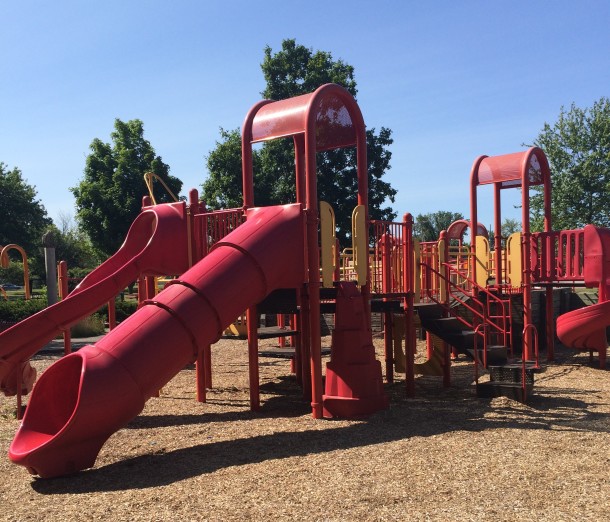 The playground at Washington Park includes a spray park

Washington Park is more than just a refuge for the humans of Indianapolis, but also its wildlife.  The park features a six-acre prairie filled with native grasses, three acres of woodland, and a wetland area that attracts dozens of bird species.  But at one time, families could see wildlife of a much more exotic variety when the park was home to the Washington Park Children’s Zoo. 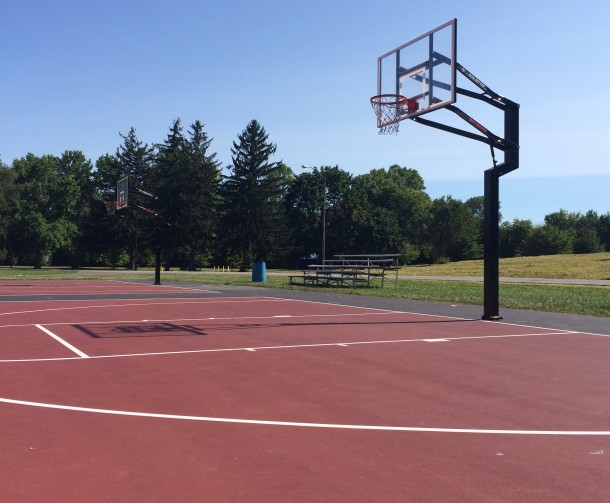 The basketball courts at Washington Park

The City of Indianapolis acquired land for a park in this area of the east side in 1923. Between 1923 and 1932, the area was referred to as the future Brightwood Park. It was unofficially called Dearborn Park by nearby neighbors, and there was a push by a civic group  in the area to officially declare it Dearborn Park.  However, in 1932, the parks board voted instead to honor the 200th anniversary of the birthday of the nation’s first president, by naming the park after him. Landscape architect A.W. Brayton developed George Washington Park’s first master plan in 1929 and baseball fields, croquet courts, and brick ovens were built in the 1930s. Local Boy Scout troops used Washington Park as a site for day hikes.

In the 1940s, newspaper columnist Lowell Nussbaum of the Indianapolis Times began a campaign urging the city of Indianapolis to build a zoo.  Community leaders agreed and began searching for a location, settling upon George Washington Park.  It took over 20 years from Nussbaum’s original “Inside Indianapolis” column until the zoo’s opening day on April 18, 1964, but the Washington Park Children’s Zoo was tremendously popular.  In the opening year, it welcomed over 270,000 visitors. 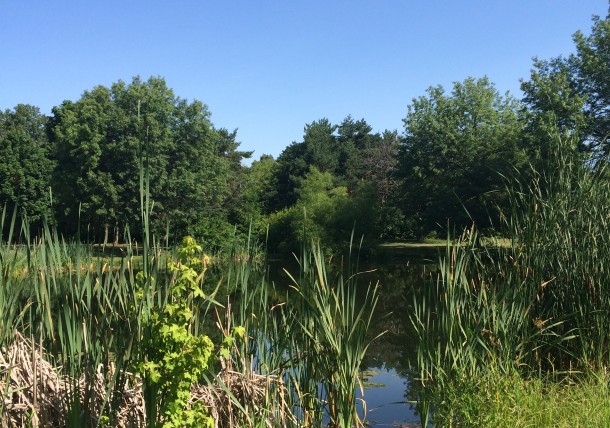 The zoo featured penguins, camels, giant tortoises, and a baby elephant.  Due to space constraints, once a young elephant became too large, it was moved to a bigger zoo in another city and replaced with a new calf.  The zoo’s most popular exhibit, “Willie the Whale,” was a building shaped like a large blue whale that housed the zoo’s aquarium. 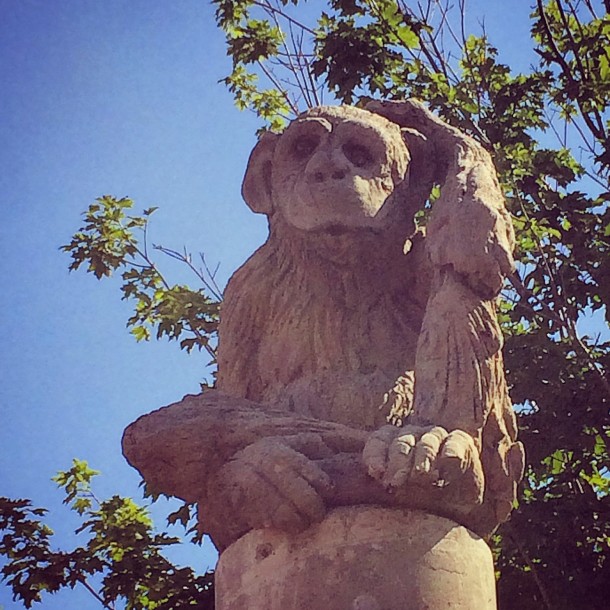 Though “Willie the Whale” is gone, this statue from the Children’s Zoo days remains, overseeing the playground.

Over the next 20 years, the zoo expanded its collection of animals, both through donations and surrender of personal exotic pets.  After outgrowing its home on 30th Street, the Washington Park Children’s Zoo closed on November 1, 1987.  The Indianapolis Zoo opened at its current location in the White River State Park the following year. 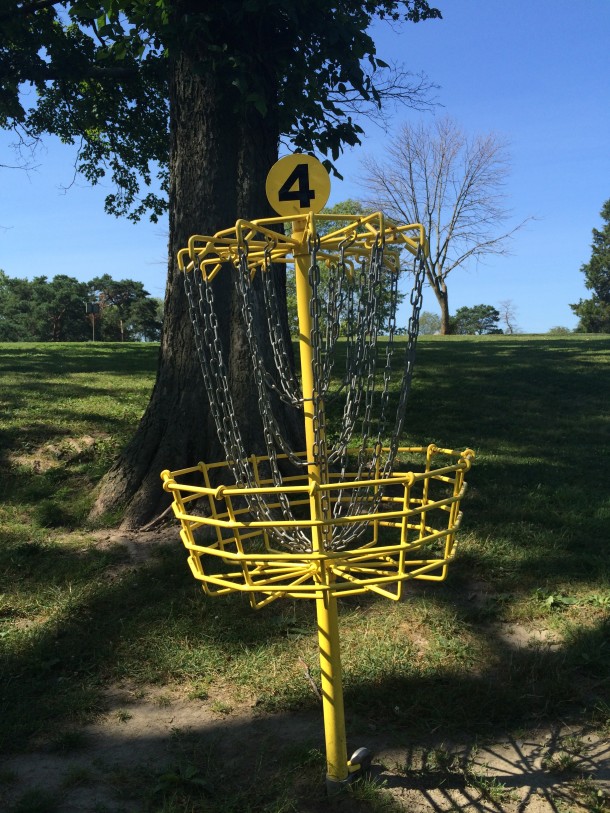 Washington Park is a favorite spot to play disc golf