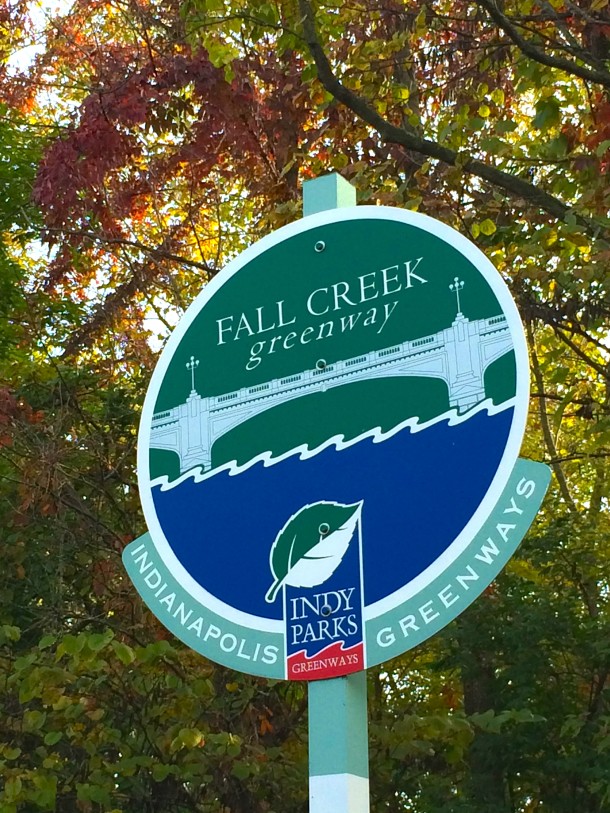 The northeast section of Interstate 465 is one of Indianapolis’s busiest roads.  Travelers speed through it on their morning commute, perhaps unaware that one of the City’s most picturesque parks lies beneath this road, just south of Fall Creek.  Its name is Woollens Garden. 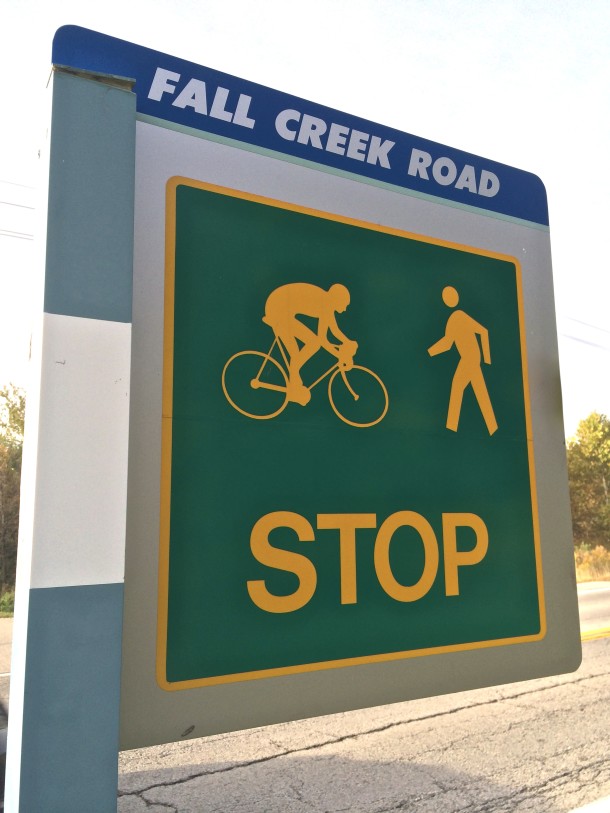 Welcome to Woollens Garden, a hidden gem of a park on the city’s northeast side.

William Watson Woollen, great-grandfather of renowned Indianapolis architect, Evans Woollen III, was born in Indianapolis in 1838.  He grew up on his family farm, eight miles northeast of the city, and later studied law at what would become Butler University.  William inherited the family farm upon his parents’ death and continued to use it as a site for recreation.  An avid botanist and bird watcher, Woollen could often be found cataloging the flora and fauna of the land.  In 1908, he founded  “The Nature Study Club” of Indianapolis; the group often met to hike on his property, which was known as “Buzzard’s Roost” at the time. 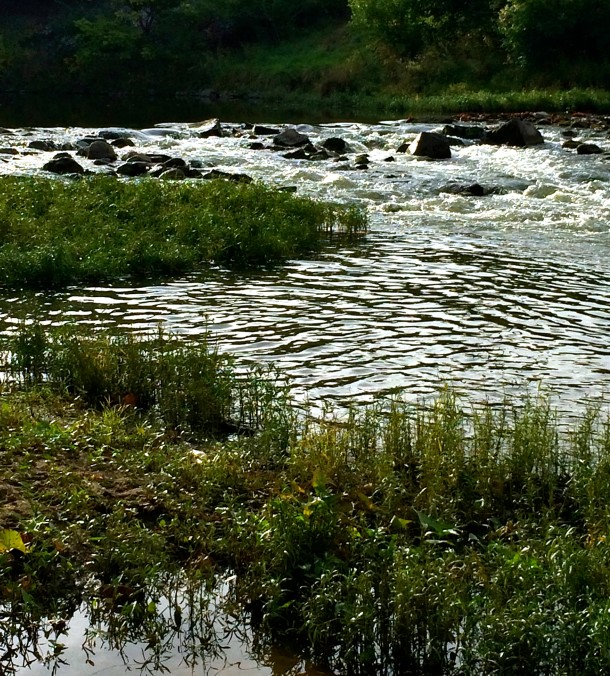 In 1907, George Edward Kessler was hired to plan the city’s park system.  His design called for a series of “parkways” connecting parks throughout the city.  Parkways were not only meant to be passages between recreation areas; Kessler hoped they would “form a chain of parks or a continuous park, which is by its nature brought to the doors of all sections of the community.” 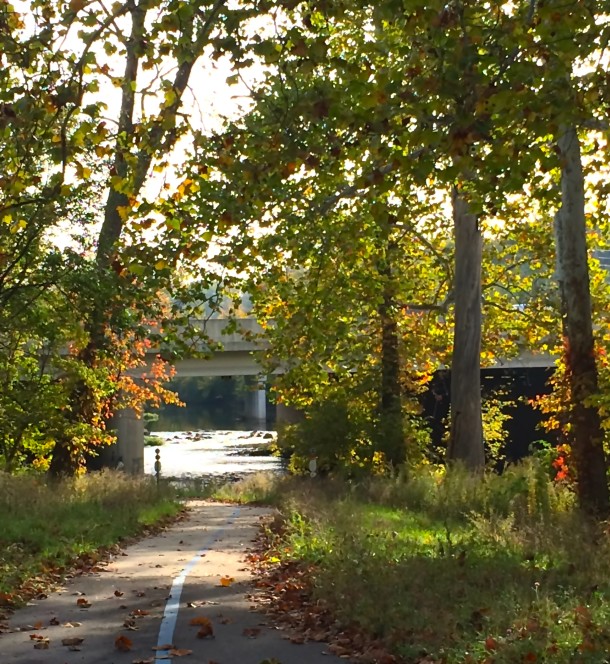 It’s hard to believe that one of the city’s most primitive parks lies beneath one of the busiest stretches of I-465.

To aid in expanding the park and boulevard system to the northeast, William Watson Woollen donated the family’s 44-acre estate to the city of Indianapolis in 1909.  The gift was made under the condition that the area be maintained in its primitive and unspoiled state, to ensure that wild creatures could find sanctuary within.  He also asked that the name be changed to “Woollens Garden of Birds and Botany.” 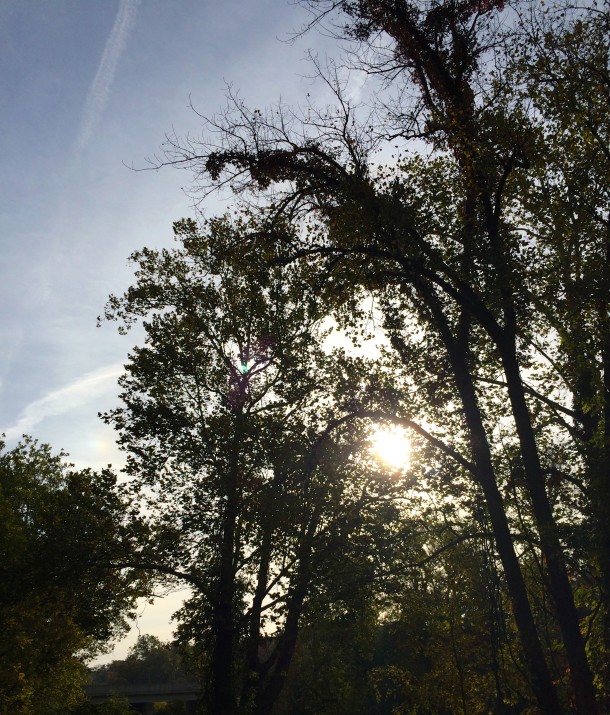 Woollens Garden is the perfect place to watch a fall sunrise.

In a letter to Mayor Charles Bookwalter’s office, Woollen wrote of the land:

“It is an ideal place.  No other such beautiful and desirable place can be found within the same distance from the center of this city.  On the north it is bounded by Fall Creek, and if your plan for a boulevard…is carried out, a portion of it will be taken for that purpose and the whole of it would work into your park and boulevard scheme for this city most admirably.” 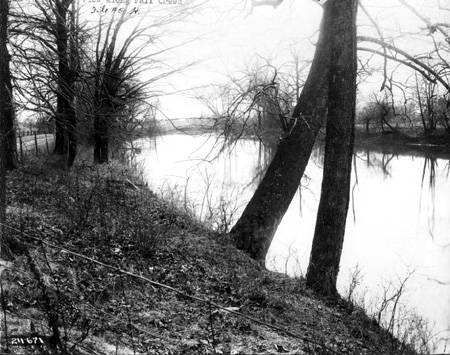 Fall Creek is as beautiful today as it was in 1911. photo courtesy: Bass Photo Co. Collection, Indiana Historical Society

The property originally contained a seven-room log cabin, a gardener’s cottage and a barn with a corn crib.  Woollen used these buildings as his botany laboratory.  He had hoped that the buildings could be used as a museum, but they fell into disrepair and were eventually torn down. 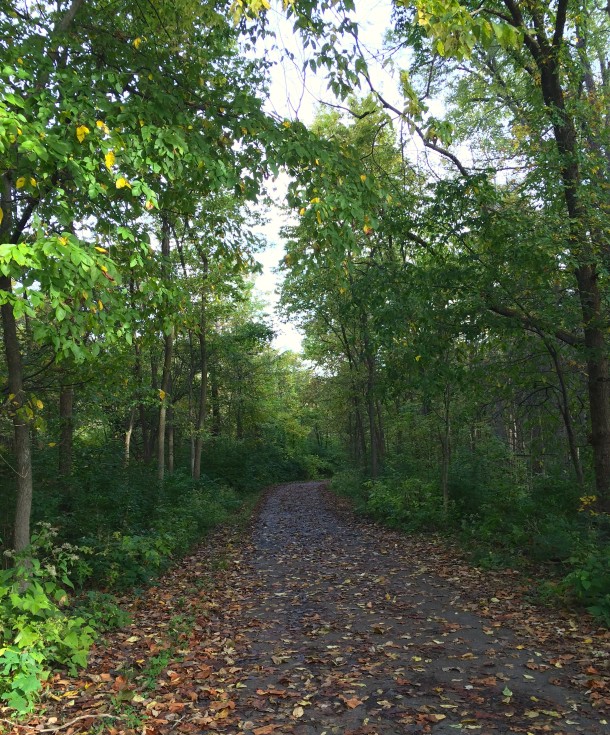 Paths wind through the picturesque landscape of Woollens Garden

In 1987, Woollens Garden was officially declared a nature preserve by the State of Indiana, ensuring that the area would be protected from future development.  The park is filled with Sycamore, Pin Oak, Beech, and Maple trees, many of which have been standing since William Watson Woollen hiked among them.  The woods are home to a variety of hawks, owls, sparrows, warblers, and woodpeckers.  Visitors can launch canoes along the shores of Fall Creek, or simply take in its beauty.  A walk through Woollens Gardens is an escape from the city’s urban landscape to what seems like an earlier Indianapolis era.