With all the construction on the block bounded by Vermont Street, Capitol Avenue, Michigan Street, and Senate Avenue, I thought it would be a great time to take a look at how this block was the genesis of Indianapolis Auto Row 105 years ago.

In 1908, when Carl G. Fisher wanted to expand operations around his 330 North Illinois Street location, the area was already developed with commercial structures.  Consequently, land and construction costs would have been higher for new development elsewhere on Illinois Street than in undeveloped locations.  He decided on one block west in the then Capitol Avenue residential neighborhood.  The absence of zoning regulations here also allowed development of commercial uses within a residential area.

One incentive for Fisher considering relocation of his automotive dealership may be noted in the January 24, 1903, edition of Automotive Industries, which stated:  “Capitol Avenue is to be resurfaced and otherwise improved next spring, and then the heavy traffic will be excluded.  The Hoosier capitol has long felt the need of a speedway and pleasure drive, such as Mayor Bookwalter proposes to make of this.  The proposed “speedway” extended from North Street to just north of Fall Creek Boulevard.”

Thus, the beginnings of Indianapolis Auto Row began with Fisher relocating his Fisher Automobile Co. showroom to 400 North Capitol Avenue in 1908.  Other auto related businesses were soon to follow.

The three buildings Fisher built at this location are the second known to have been built specifically as automobile showrooms in Indianapolis.  The 400 N. Capitol building was three stories in height and contained an elevator large enough to accommodate automobiles.  The structural skeleton and floor slabs were of reinforced concrete with eight-inch thick brick curtain walls.  There were large display windows along the street frontages on all three levels.  The parapet was sparsely decorated with geometric forms fashioned from brick. 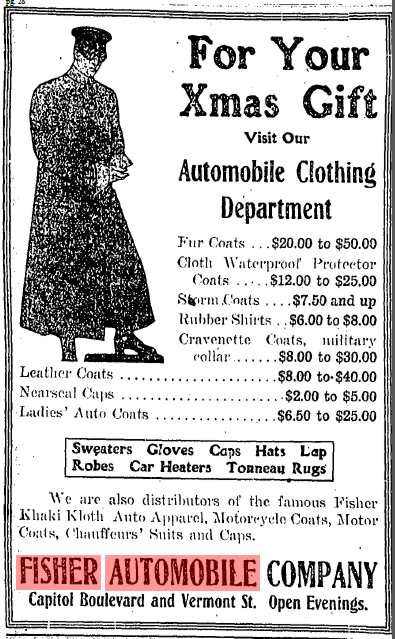 Some of the meetings held in the Fisher Automobile Co. building included close friends, James A. Allison, Cecil Gibson, and Arthur C. Newby, who were connected to business enterprises regarding Prest-O-Lite operations and the development of the Indianapolis Motor Speedway.

Gibson merged his automotive accessory business with that of Carl Fisher to form the Fisher-Gibson Co. in 1911, and located at 422-426.  Later in 1917, the Fisher Automobile Co. expanded operations to 434-442, north of his original three buildings.  Over the years, Fisher sold National, Overland, Packard, REO, Stoddard-Dayton, and Baker Electric vehicles from these locations. 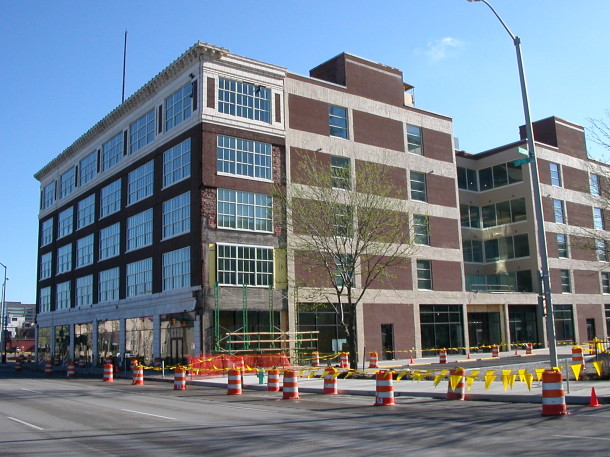 The reorganized Gibson Company built its five-story concrete structure at 433-447 N. Capitol, with brick cladding and terra cotta trim in 1916 to serve as an automobile assembly plant for Willys-Overland.  That part of the operation did not materialize and the Gibson Company continued to sell and distribute automotive parts and accessories to dealerships and service stations.  The Capitol Motors Division of the Gibson Company sold automobiles at the location from 1930 to 1963, starting with Willys-Overland and Hupmobile in 1930-1931.  Dodge cars and trucks enjoyed the longest run from 1931-1963, at which time Palmer Dodge of Indianapolis bought the dealership and moved it out of the building.  From 1967 to 1984 the facility was again used for automotive parts distribution.  The Gibson Company building is the only currently existing automotive building of the original nine in the 400 block.

I would like to enlist readers of Historic Indianapolis to band together to obtain historic recognition for the 400 North Capitol Avenue site as the genesis of Indianapolis Auto Row.  Let us work together with Flaherty & Collins Properties, OneAmerica Financial Partners Inc., and The City of Indianapolis to recognize this area for its key role in Indianapolis’ automotive heritage. 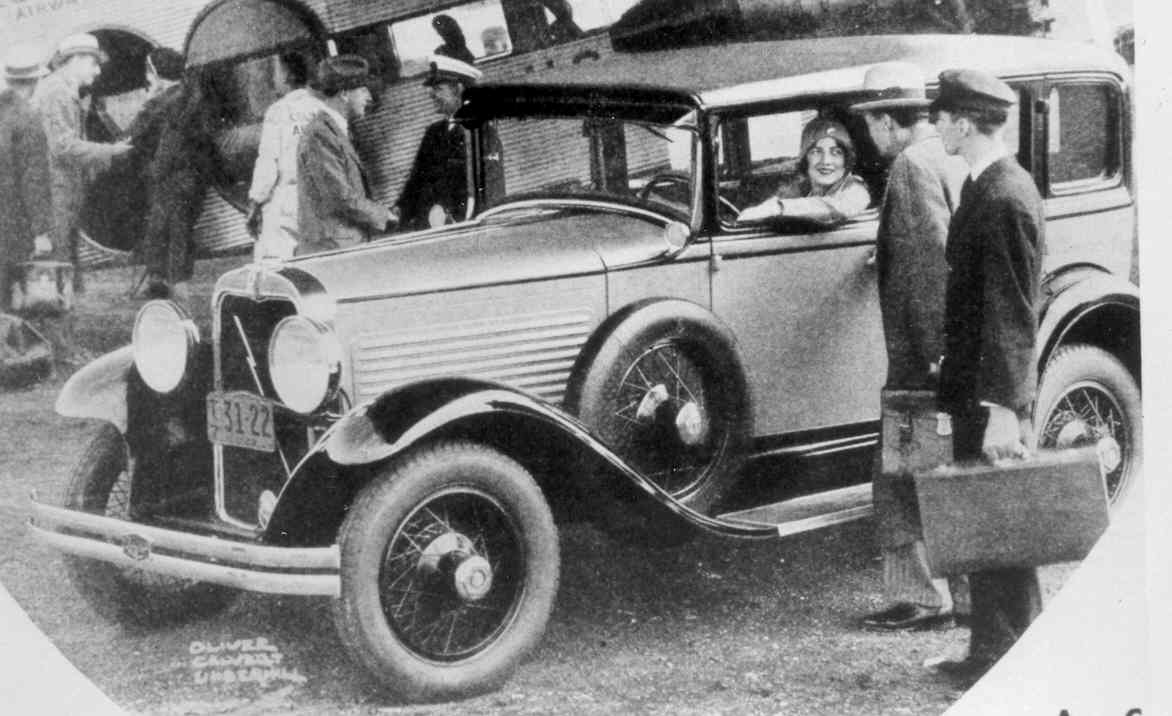