It was a dark and stormy night in March 2004, and I was drinking cheap beer in a smoky basement bar, dreaming about a piano. Every collector has a sad tale of The One That Got Away. This is my story.

Sometime in the early 1950s, an unknown person visiting the Indianapolis Press Club decided to take out a pen and scrawl his or her signature on the painted surface of an old piano. This act of vandalism started a tradition that lasted for nearly 50 years. By the time the Press Club finally closed its doors in 2004, nearly every inch of the battered piano was covered with celebrity signatures.

I had been enthralled by the piano from the first time I visited the Press Club in 1982, and on this stormy night more than 20 years later, the piano – along with a treasure trove of Press Club history – was being sold to the highest bidder. 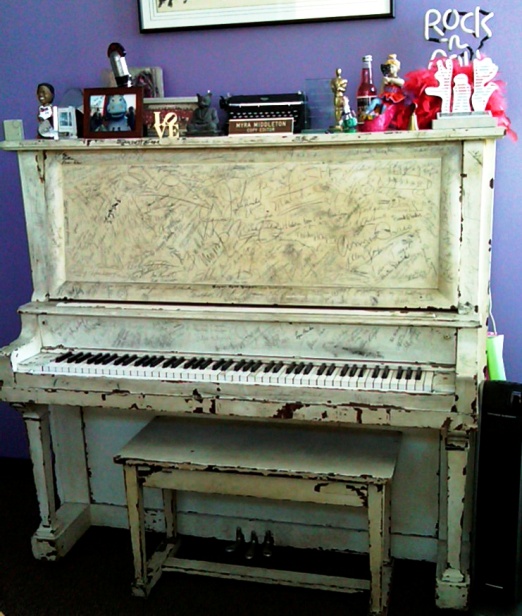 After more than 70 years of serving drinks and camaraderie to journalists, politicians, lobbyists, and anyone else who wandered through its doors, Indianapolis’ fabled Press Club was finally shutting down. From its humble beginnings in a basement bar to its glory days in a glittering penthouse, the Press Club was ending the same way it started – in a smoky, cramped basement with an alcohol-soaked crowd.

The Indianapolis Press Club was incorporated in 1934 “to promote the social enjoyment among its members, and to encourage and foster the ethical standards of the newspaper profession.” Prominent Republican Mike Hanrahan offered space for “social enjoyment” in the basement of his PenHoff Grill at 23 N. Pennsylvania. Although the club was forced to move the next year after Hanrahan closed his restaurant, the spirit lingers on – literally. The site of the original Press Club is now home to Kahn’s Wine & Spirits.

For the next couple of years, the Press Club was housed at the Pretzel Bell Tavern, a worn-out bar at 117 N. Illinois Street. Finally in 1937, executives at Indianapolis Power & Light suggested that the Press Club move to the 3rd floor of a building it owned at 48 Monument Circle (pictured below in the 1980s). 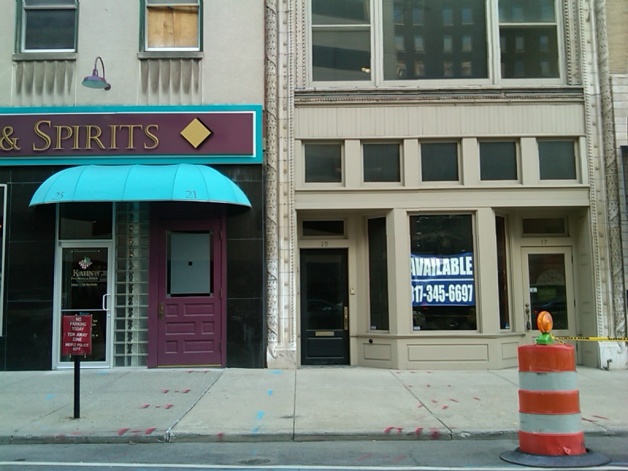 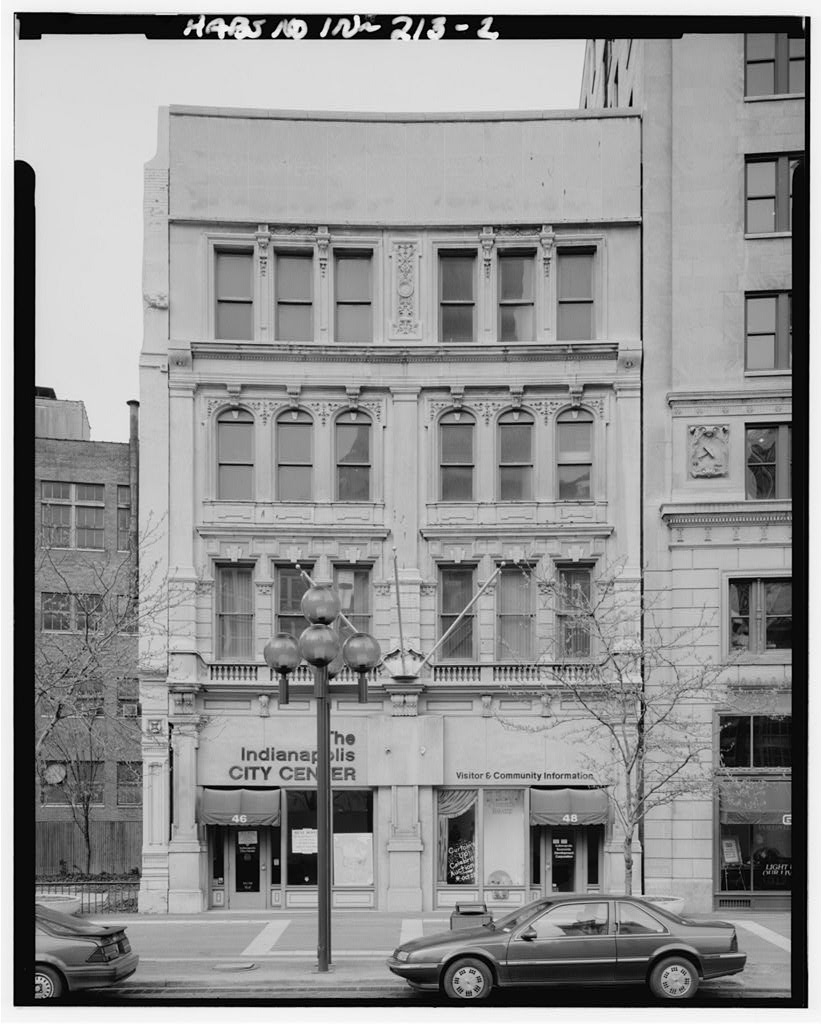 The Monument Circle building proved to be a perfect location for the growing club. Aside from its prime spot on the Circle, it was the former home of the Indianapolis Journal, and James Whitcomb Riley had worked on the 3rd floor during his days with the Journal.

How and when the piano-signing tradition began is lost to history, but it likely started during the Press Club’s 16-year run on Monument Circle. Red Skelton spent some time there when he was appearing on the stage of the Lyric Theatre, and other celebrities raised a glass or two with the press, including Walter Huston, Admiral Chester Nimitz, Ernie Pyle, Gene Autry, and Blackstone the Magician. 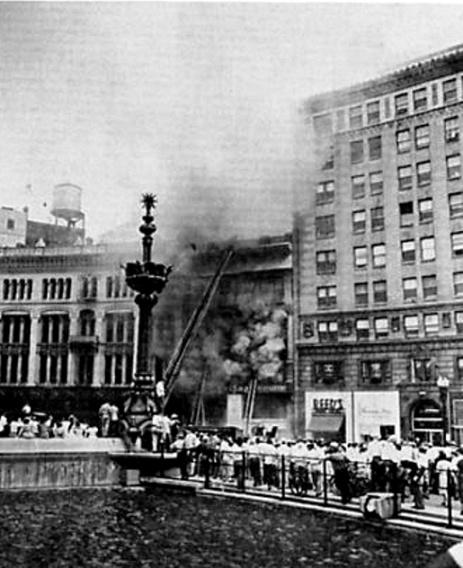 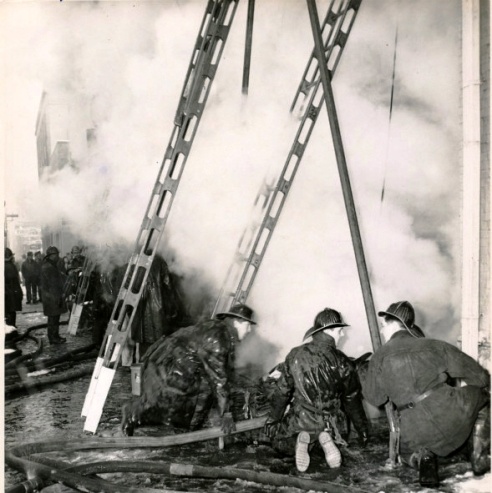 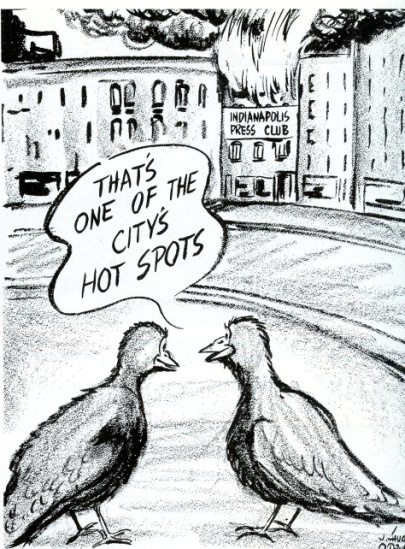 Sadly, in 1953 the Monument Circle club went up in flames twice – earning the Press Club a reputation as one of the city’s “Hot Spots”. A fire in early July gutted the front rooms of the club, and a second fire in late December forced the Press Club to find a new location.

One of the more interesting tales surrounding the Press Club piano is the explanation as to why some signatures are so faint as to be barely legible. As the story goes, early in the piano’s history an overzealous new employee thought the signatures were were graffiti. Eager to please his new bosses, he took soap and water to the piano, and tried to scrub the signatures off.

After a short stint at a the Claypool Hotel’s Florentine Room and a tavern on West Market that billed itself as the “Home of the World’s Largest Mirror,” the Press Club moved to the top floor of the new ISTA building. Celebrities flocked to this setting (pictured below) and few refused the opportunity to sign the piano. 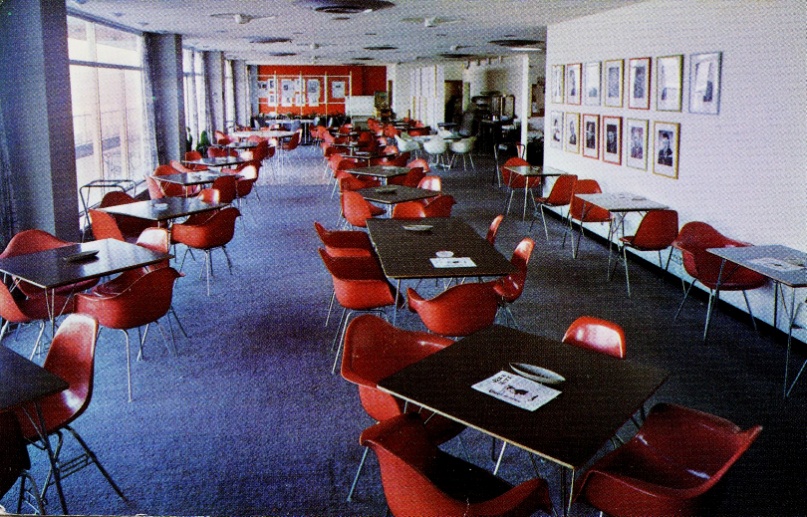 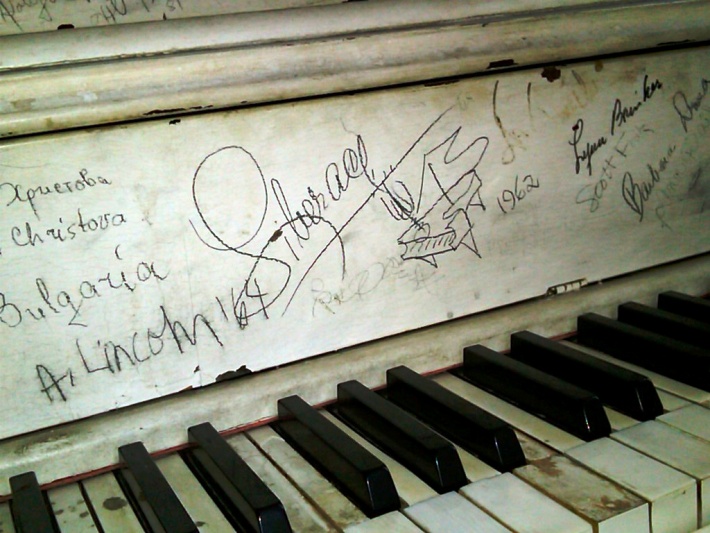 Hoagy Carmichael (below) played Stardust and other favorite songs on the piano (before it was painted white) during a 1946 performance at the Monument Circle club. At a subsequent visit, he signed the piano at a prime spot above the keyboard. Other nearby signatures include Hugh Marlowe, an actor who appeared in more than a dozen films, including Meet Me in St. Louis and All About Eve, and Bing Crosby’s second wife Kathryn. 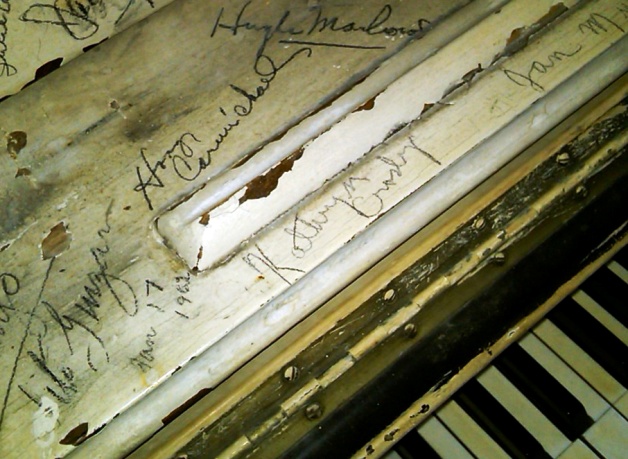 The beautiful Dorothy Lamour, who played gal-pal to Bob Hope and Bing Crosby in their famous “Road” movies, scrawled “Love & Kisses” on the piano’s lid. Lamour visited Indianapolis in 1965 when she starred in “Two Dozen Red Roses” at the Avondale Playhouse, a popular outdoor theater-in-the-round at the Meadows Shopping Center. 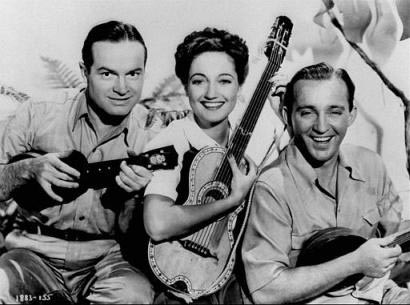 Looking for signatures on the piano is little like playing Where’s Waldo. Where else can you find good-guy James Garner within spitting distance of the Wicked Witch of the West? It’s uncertain when Margaret Hamilton landed in the Press Club, but Garner likely signed the piano in 1975, when he was in town to drive the Pace Car in the Indianapolis 500. Adjacent signatures include Buddy Rogers, an early film star and jazz musician who was married to Mary Pickford, and Joseph Hayes, a prize-winning playwright from Indianapolis who penned The Desperate Hours. In the film version, Humphrey Bogart is an escaped convict who holds a suburban Indianapolis family hostage. 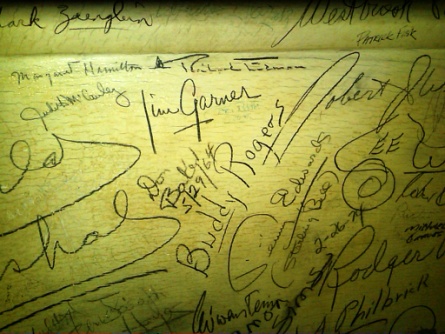 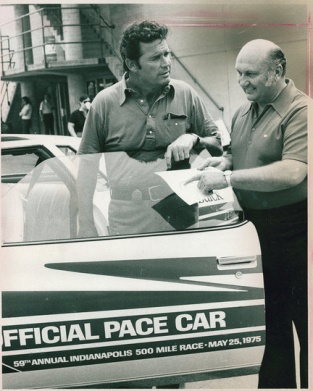 The Indy 500 has always been a magnet for the stars of bad TV sitcoms. During the 1960s, many TV stars stopped by the Press Club during the month of May and signed the piano. Some of the more notable ’60s sigs include Max Baer (Jethro Bodine), Yvonne DeCarlo (Lily Munster) and Allen Hale (The Skipper). 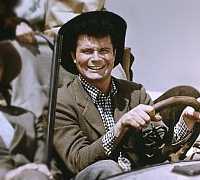 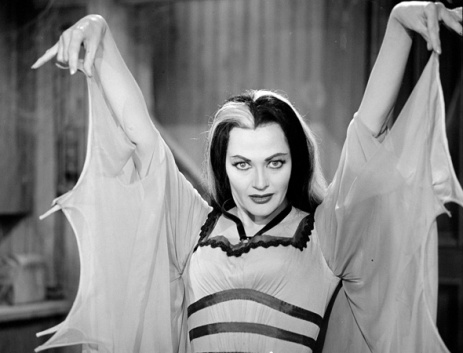 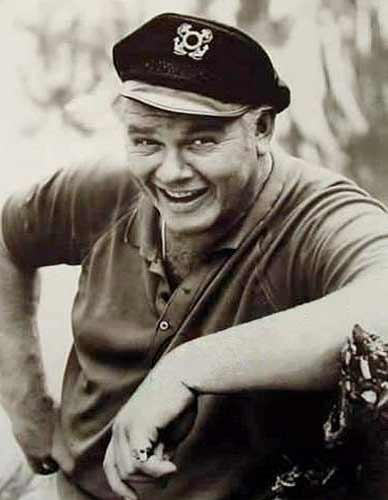 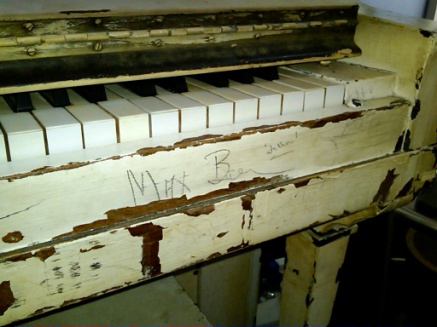 I still regret passing up a chance to own this wonderful piece of our city’s history. With a $2,000 starting bid, however, the auction price was a little outside of my comfort zone. Maybe I was reluctant because I didn’t know how I would move the piano out of the basement of the ISTA building or where I would put the piano if I could figure out a way to get it home. And then there is also the fact that I don’t even play the piano. But regardless of the reason, I blinked, and the piano was gone.

That evening, long-time Press Club member Myra Borshoff showed the sort of creativity and initiative that has made her such a success. She simply offered to pay the Press Club the amount they were asking for the piano. Surprisingly, the Press Club leadership initially scoffed at her offer, but two days later they contacted her and told her she could have the piano for $2,000 if she could get it out of the building by the end of the week.

As luck would have it, Borshoff was eating lunch with a friend from the State Museum when the call came through from the Press Club. Recognizing the historical significance of the piano, Borshoff’s initial impulse was to offer to donate the piano to the State Museum after she enjoyed it for few years. Her generous offer was declined.

Borshoff moved the piano to her downtown office. Her $2,000 find was later appraised for $45,000, although Borshoff thinks the price could skyrocket even higher if the right buyer came along.

One such buyer might be Mariska Hargitay, star of the long-running series Law & Order: Special Victim’s Unit. The piano could have special significance to her because it bears both of her parents’ signatures – Jayne Mansfield and Mickey Hargitay. Mansfield is pictured below at the 1958 Press Club Gridiron with club president Fremont Power. 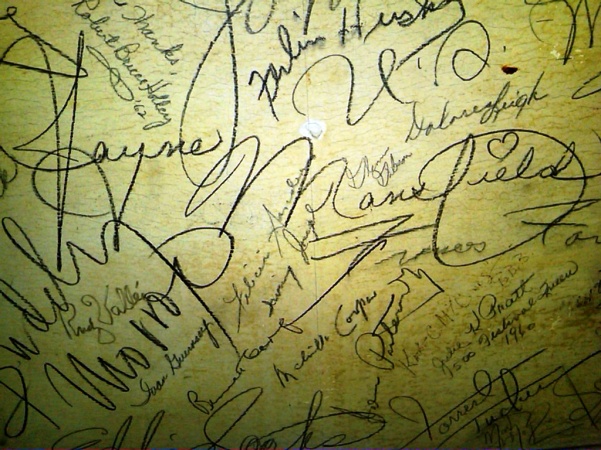 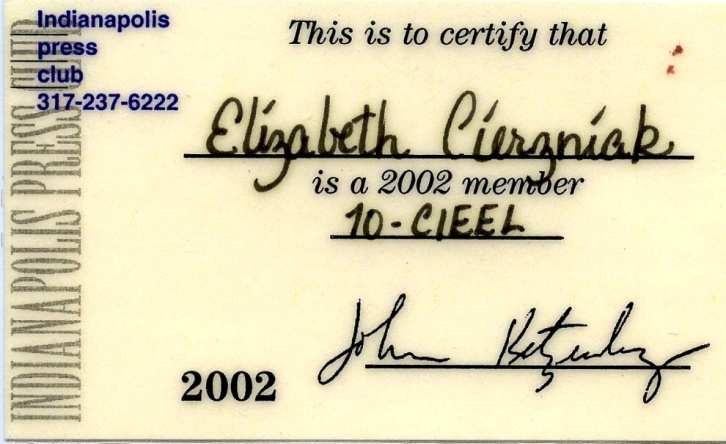 During its 70-year history, the Press Club and its members played a central role in the public and political life of Indianapolis. In a subsequent column, I’ll focus on Politics & the Press Club, including the infamous Gridiron Dinners that were modeled after the roasts given by the National Press Club in Washington, D.C. Until then, -30- 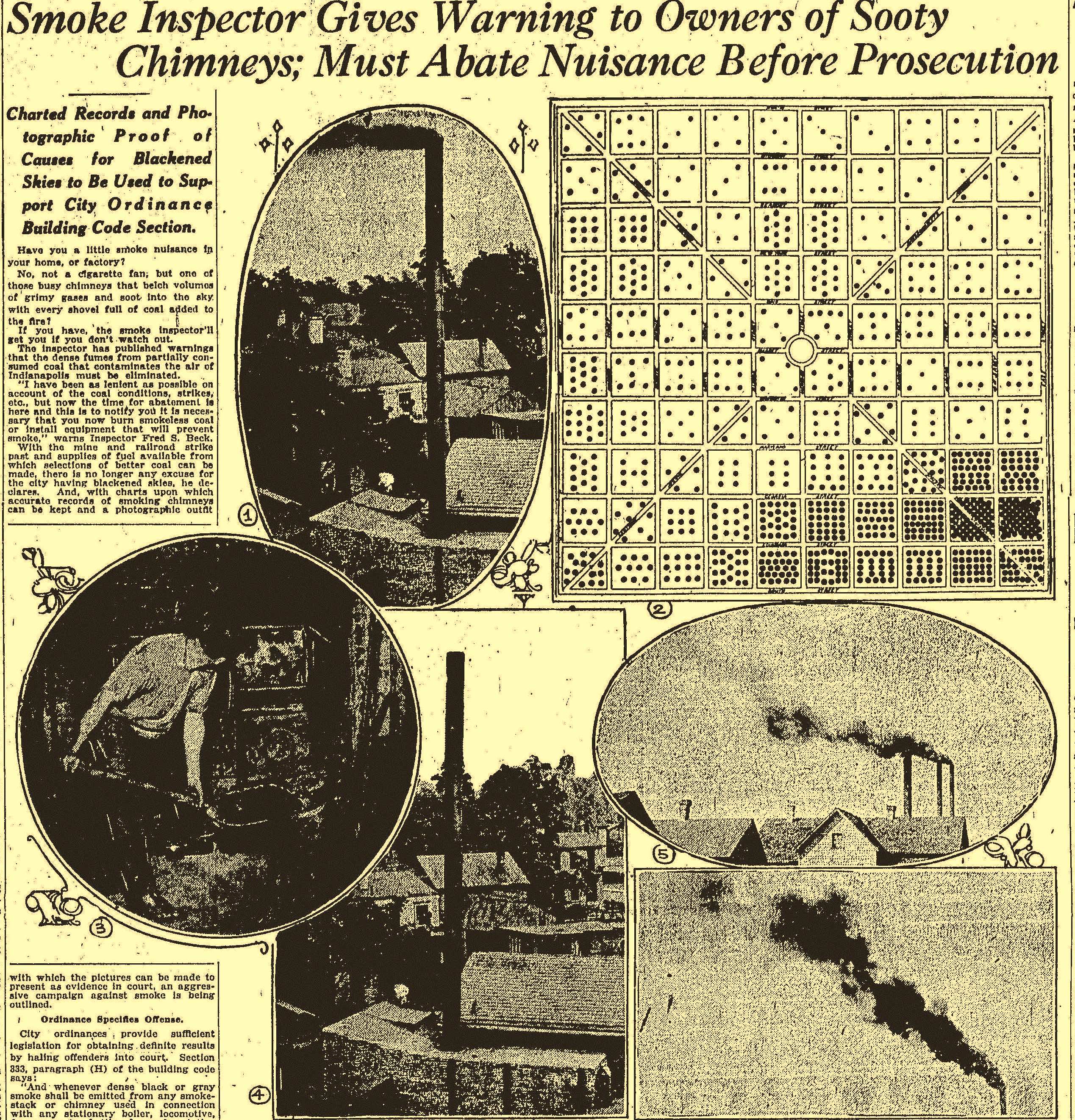