Anyone who has ever restored an old house knows that one of the biggest challenges they will ever face is finding either original fixtures or faithful reproductions to replace the avocado toilets, track lighting and vinyl floors that were installed by well-meaning but apparently taste-deficient former owners.

Imagine, then, the challenges faced by restoration experts in the late 1980s when they undertook the daunting task of restoring Indiana’s Statehouse to its Victorian grandeur. Over the past 100 years, the public areas of the 1888 building had undergone several extensive “modernizations” in an effort to accommodate both the changing tastes of the public and the growing needs of state government.

By the time the restoration got underway in 1986, more than 100 of the original bronze doorknobs bearing the state seal had disappeared from the building. Nearly 150 etched glass windows from the north and south atriums had been removed in the 1960s and replaced with plastic panels. A handful of the original gas-electric chandeliers had managed to survive modernization by virtue of their out-of-the-way location on the fourth floor corridor, but all 44 of the elegant sconces that originally lit the atrium had vanished during the 1960s. Without at least one sconce to use as a model, restorers were faced with the choice of either completing the restoration without the sconces or attempting to recreate the historic lighting from fuzzy photos such as this photo featured in the Statehouse custodian’s report for the year 1900. 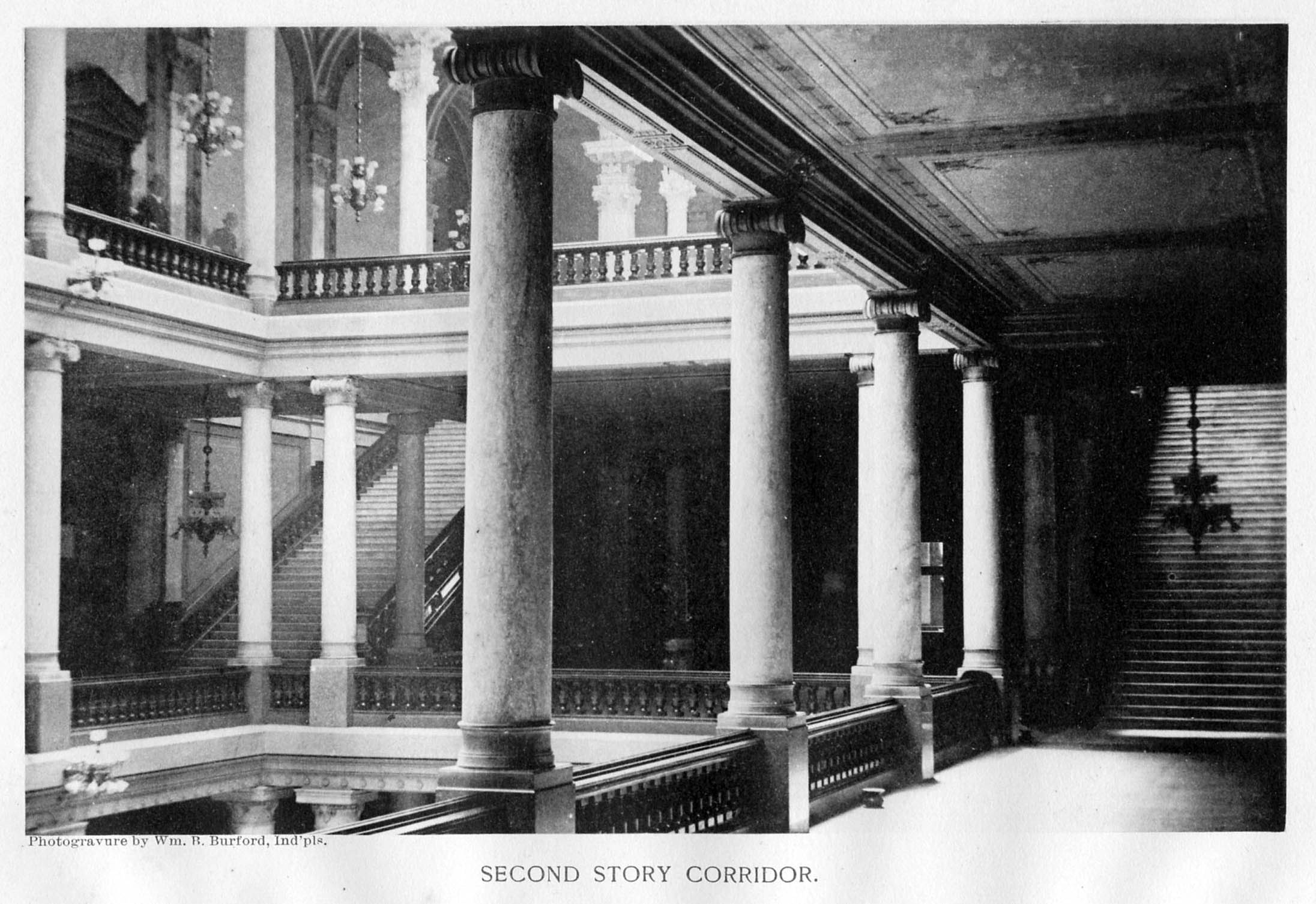 Restorers had better luck with the etched glass windows. As detailed in this undated news clipping from the now-defunct Indianapolis News, they tracked down the single remaining panel in the Statehouse to use as a copy. Because of its historic significance, the restorers were not allowed to take the panel out of the Statehouse, but instead brought in an expert to make a rubbing of the design, which was later reproduced in laminated safety glass. 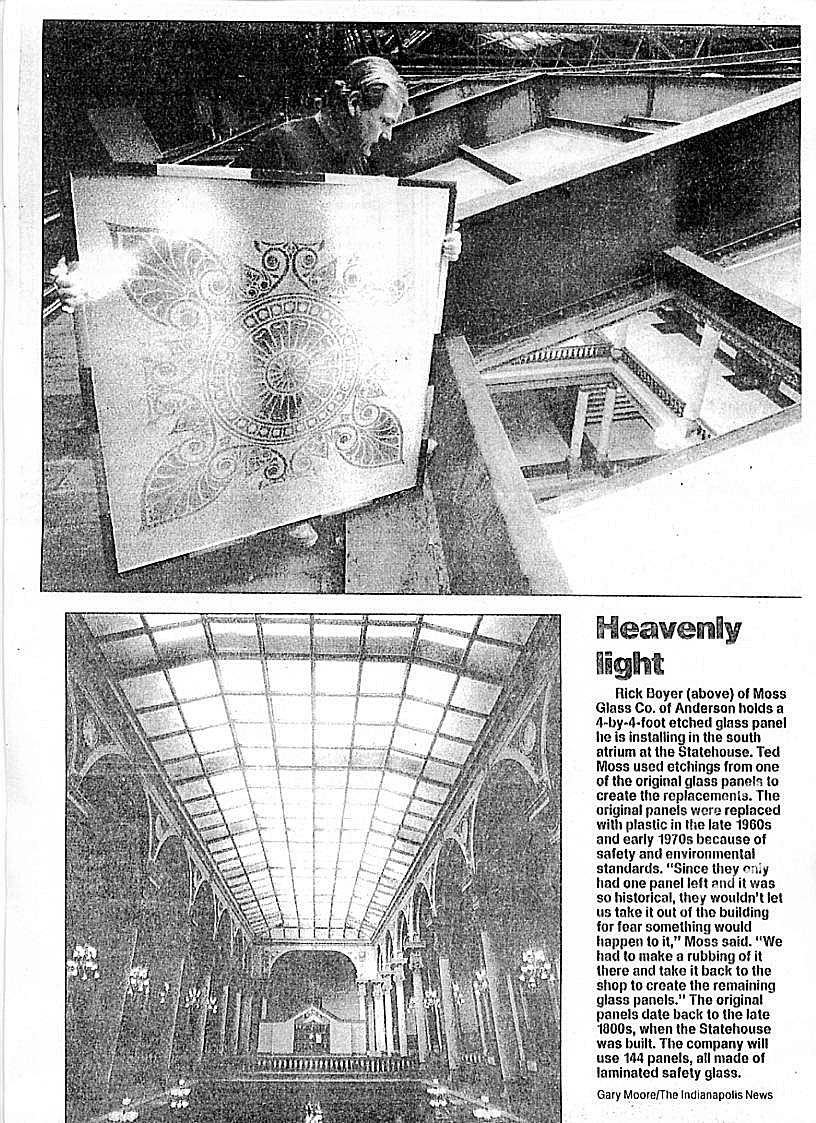 Although many of the architectural items removed from the Statehouse over the years wound up in the trash, original Statehouse artifacts surface from time to time and are eagerly snatched up by collectors who treasure their historic significance. For example, an original doorknob embossed with the state seal sold on ebay a few years ago for several hundred dollars. More recently, collector David Yount was able to acquire an identical doorknob at a reasonable price because the seller did not claim a Statehouse provenance. Given the unique state seal design, however, it’s almost certain to be a Statehouse original. 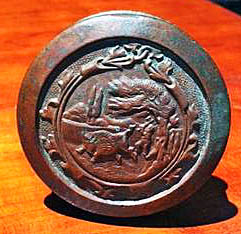 More surprisingly, a dozen of the original etched-glass atrium windows recently surfaced at a lake house in northern Indiana. A former Statehouse worker had purchased the 4′ by 4′ windows for $1 each in the late 1960s, and actually used six of the panels to build a room divider. She died a few years ago, and her daughter is now in the process of selling the lake house. The panels were removed from the room divider at the urging of the realtor, who said they blocked the lake view, and are expected to be offered for sale in the near future, along with the six additional panels. Luckily, future owners will know the historical significance of their acquisition, because the owner had carefully preserved the News article as evidence of the windows’ Statehouse origin. 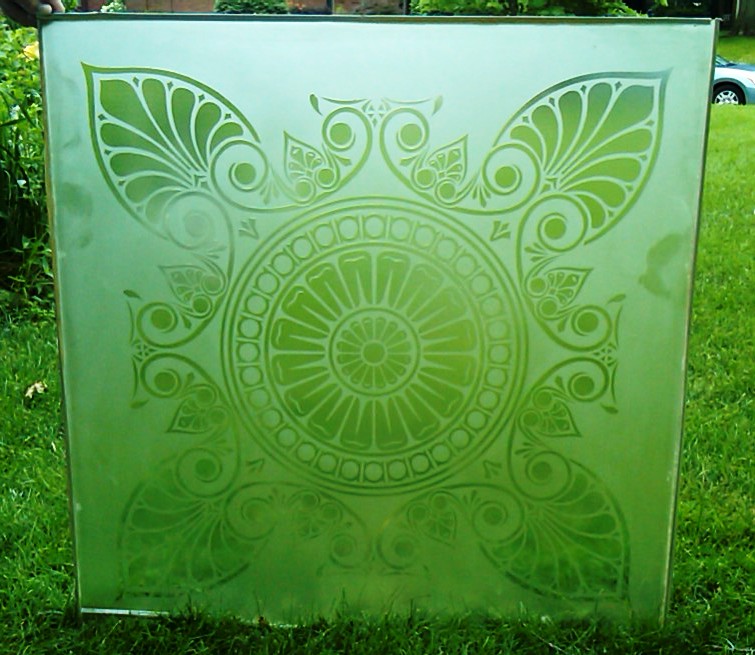 My all-time favorite tale of Statehouse salvage just happened last weekend, however, when I went to a garage sale and ended up finding what is believed to be the sole surviving original sconce. Some years earlier, I had read how Statehouse restorers finally found one of the brass sconces in a private home, and borrowed it to make replicas. I’d always wondered who owned the original sconce and whether it would ever be auctioned or available for sale. Last Saturday morning on one of my rare ventures north of 38th Street, I ran into my neighbor Beth Pappas at a garage sale and finally learned the remarkable story.

Beth and her husband, Pete, are long-time residents of the Old Northside. I mentioned that I was writing this article, and to my amazement Beth said that she seemed to recall that Pete owned the sconce at one time. The next day, Pete stopped by my house and told me the sort of story that people who are committed to preserving history both love and hate to hear.

In the late 1960s, Pete visited the Statehouse one summer with his uncle, who was an official with the Indiana Department of Administration. Pete remembers seeing dozens of brass lighting fixtures stacked on the marble floor while workers installed cheap-looking replacements. Still a teenager at the time, Pete did not think to ask his uncle whether he could take one of the discarded light fixtures which were obviously headed to the junk heap.

About 10 years later, Pete was in his uncle’s basement and spotted one of the brass sconces, complete with its original glass shades. Now given a second chance to own a piece of the Statehouse, Pete asked his uncle if he could have it. Pete kept the sconce for several years until it was acquired by fellow Old Northside resident Dr. Larry Davis, who restored the sconce and later hung it in the master bedroom of his carriage house home on North Delaware Street. The house was fitted for gas, so the Davis family was able to use the sconce as it was originally intended to be used, with the upper shades for gas flame, and the lower shades for electric light. 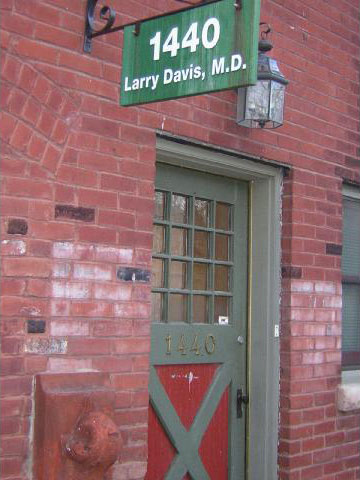 In the late 1980s, Pete ran into someone affiliated with the Statehouse restoration who was bemoaning the disappearance of all the sconces. When Pete mentioned that he knew where one was located, the person stared in disbelief. Shortly thereafter, Dr. Davis agreed to loan the sconce to the restorers, who kept it for nearly two years as replicas were made. 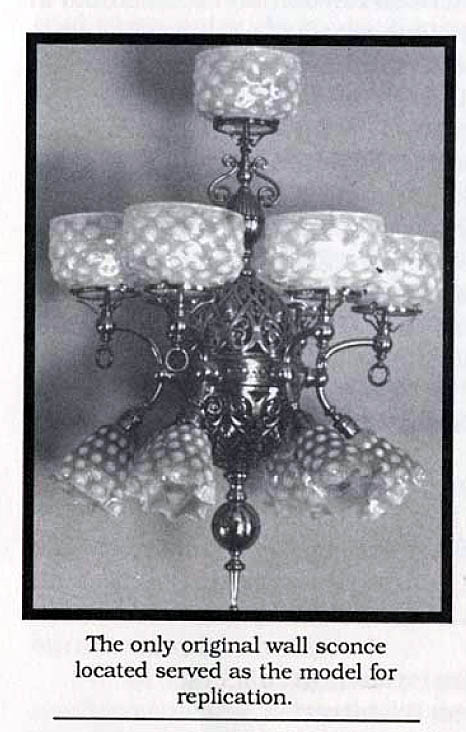 Dr. Davis was killed in a plane crash in 2006. The carriage house was subsequently sold, and the sconce is now in storage, awaiting its next home. As a fitting tribute to their father, who was an ardent collector and historic preservationist, Dr. Davis’ children are planning to donate the sconce to the Indiana State Museum where its lights will once again shine for the people of Indiana. 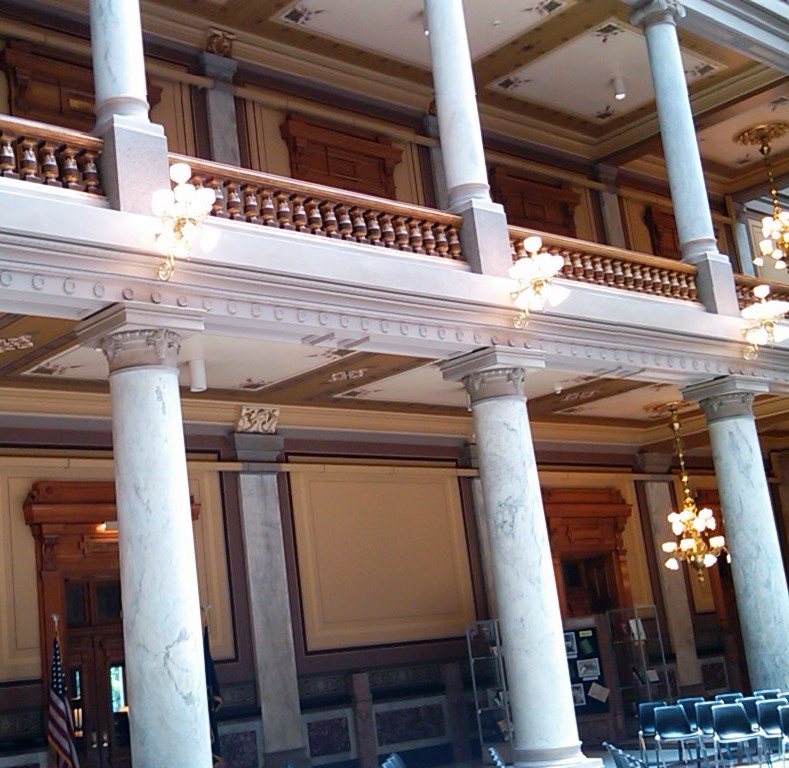 If you’d like to learn more about the Statehouse renovation, additional information and a self-guided tour are available on the Department of Administration’s website.