Many have understandably mistaken this gem of a building for a Carnegie library, but it was built sometime around 1900 as the Indianapolis branch of the Anheuser Busch Brewing Association.

German native Eberhard Anheuser, later joined by his son-in-law Adolphus Busch, built their Saint Louis-based Anheuser Busch Brewing Association into one of the most successful breweries in the United States. The company offered lager (from lagern meaning “to rest”), a beer requiring time to age in wooden casks. Budweiser (1876) and later Michelob (1890s), their best known brands, were popular throughout the United States  and the company used innovative techniques such as pasteurization to prevent spoilage and refrigerated railroad cars and railway ice houses to distribute their beer.

In 1891 Anheuser Busch opened an Indianapolis distribution branch located at 920-24 E. Ohio Street, and this brick office was probably constructed in the 1890s or early 1900s. Other branches survive in cities such as Omaha, but they do not appear to have a uniform design.

Behind the office, located on three acres on the banks of Pogues Run, stood large frame buildings to house beer, carriages, delivery horses, bottling works, and an ice house. Refrigerators could hold up to sixteen carloads of beer sent directly from the Saint Louis brewery. A railroad spur on the grounds provided easy access to the nearby tracks to distribute beer throughout the state. At the time this photograph was made in 1911, twenty employees worked at the branch. Times got tough for the company during Prohibition and city directories from the 1920s list this site as “Anheuser Busch, soft drink manufacturers.”

The oxen pulling the covered wagon look pretty funny when we’re used to the Budweiser Clydesdales, but that tradition did not start until 1933. In April 1933, the sons of August A. Busch, Sr. surprised him with a six-horse Clydesdale hitch to celebrate the repeal of Prohibition (or at least the legalization of low-content alcohol such as beer and wine). The horses became a marketing hit when they delivered cases of beer to the governor of New York and President Roosevelt as thanks for their work to end Prohibition. Today the company owns over 250 Clydesdales who star in the highly-anticipated Super Bowl commercial. 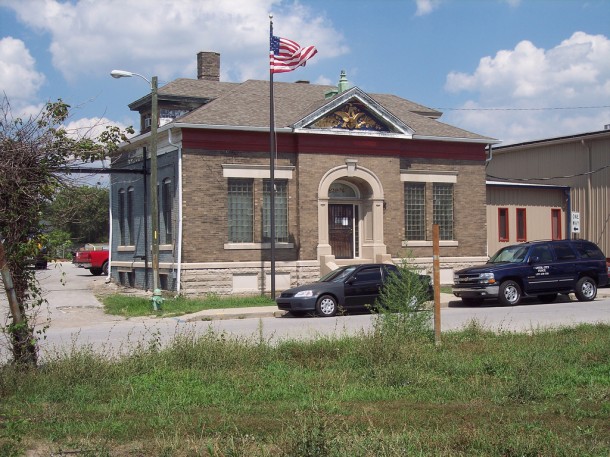 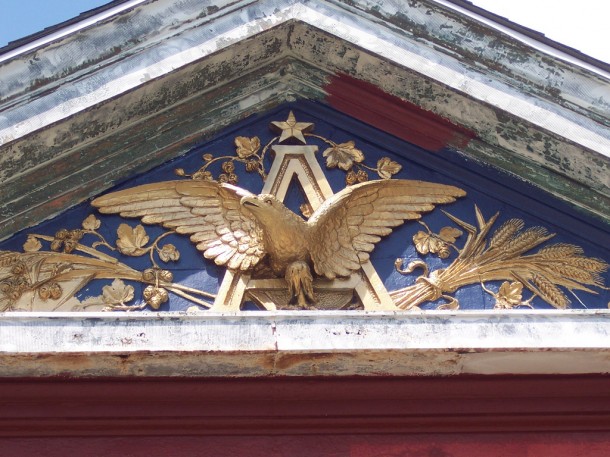 When photographed in August 2007, the building was receiving a new red, blue, sand, and gold paint scheme. Located in the pediment is a high relief sculpture of the A and eagle logo, used by Anheuser Busch since the late 1870s. 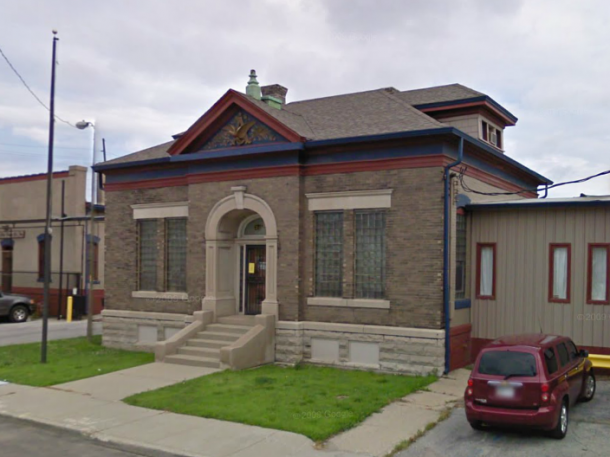 Looking much as it did over a century ago, the building has found a great adaptive reuse. The Capital City Fence Company deserves praise for their stewardship and preservation of the building which helps tell the story of our city.