Hundreds of mom-and-pop-owned stores once dotted the neighborhoods of Indianapolis and urban planners increasingly question if that was such a bad thing. Before zoning laws restricted businesses in residential neighborhoods, small stores such as groceries, hardware stores, shoe repair shops, and restaurants were sprinkled among houses and their proprietors often lived in quarters behind or attached to the the shop. One such store was the J. Bova Conti Grocery, which served Indianapolis’s small Italian community on the near south side from the 1920s through the 1950s.

Italian immigrants John Bova Conti and his wife Josie operated the J. Bova Conti Grocery at 960 S. East Street. According to Indianapolis Italians by James J. Divita (Arcadia Publishing, 2006), Josephine Mascari and her son Tommaso were having hardships with their grocery on Virginia Avenue and the well-educated and popular John Bova Conti (1877-1937) moved in to run the store and ended up marrying the widow. It was not until the 1920s that they rented this small, wood-frame grocery with an adjacent residence. Signs on the store  and visible goods include Wonder and Yum Yum bread, fruit, macaroni, olives, cheese, Coca-Cola, and East End Dairy products. The store’s business ledger for 1924 through 1927 (housed at the Indiana Historical Society) indicates that many products were imported from Italy and distributed to other stores around the state. According to Divita “After visiting relatives in Indianapolis, customers from smaller towns would stop at Bova Conti’s to buy 20 pounds of dry pasta for the month. Among his attractive prices were one gallon Berio olive oil, $3; one bottle, Florio Marsala, $2.25; five pounds, Sicilian caciocavallo, $3.75; and one case Brioschi, 75 cents.” By the time these photographs were taken in April 1946, the store’s namesake had been deceased for several years. Gus Mascari recalls that his grandparents Tom and Marie Mascari operated the grocery from the late 1930s through the late 1950s. Another Mascari grandchild, Mrs. Terry Shannon, shares that the store had sawdust on the floor and pickles in large barrels. They sold Italian bread baked by Mrs. Mascari. 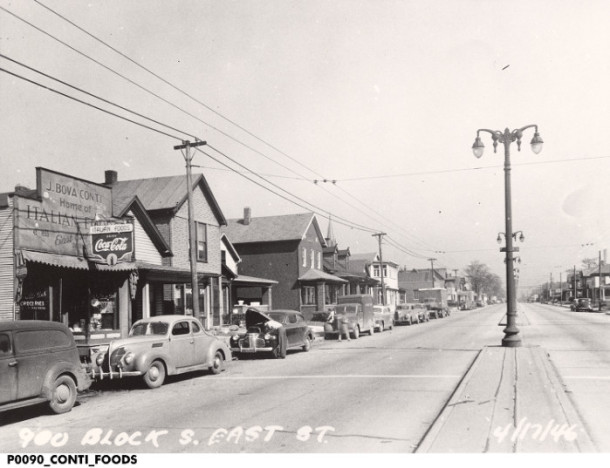 The era of locally-owned corner grocery stores slowly disappeared by the mid 1900s as national chains such as Kroger and A&P dominated and large supermarkets sprang up in the suburbs. The old Bova Conti grocery store building was demolished between 1962 and 1972 to make way for landscaping and parking for Eli Lilly and Company. Some of the flavor of the old neighborhood is visible across the street, where The Bosphorus Turkish restaurant occupies a converted old house adjacent to the Hookah House in an old corner commercial building.

As I visit other cities I seek out funky old areas with mixed-use neighborhoods. Lately we’ve come to appreciate what worked well in the past. Popular concepts among urban planners and folks who care about improving Indianapolis and other cities include walkable neighborhoods that are close to shops and other amenities, relaxed parking requirements (especially as public transportation improves), and live-work or home-based businesses (which is how Conti lived for decades). Here’s hoping that a new model evolves that encourages the return of the corner store. 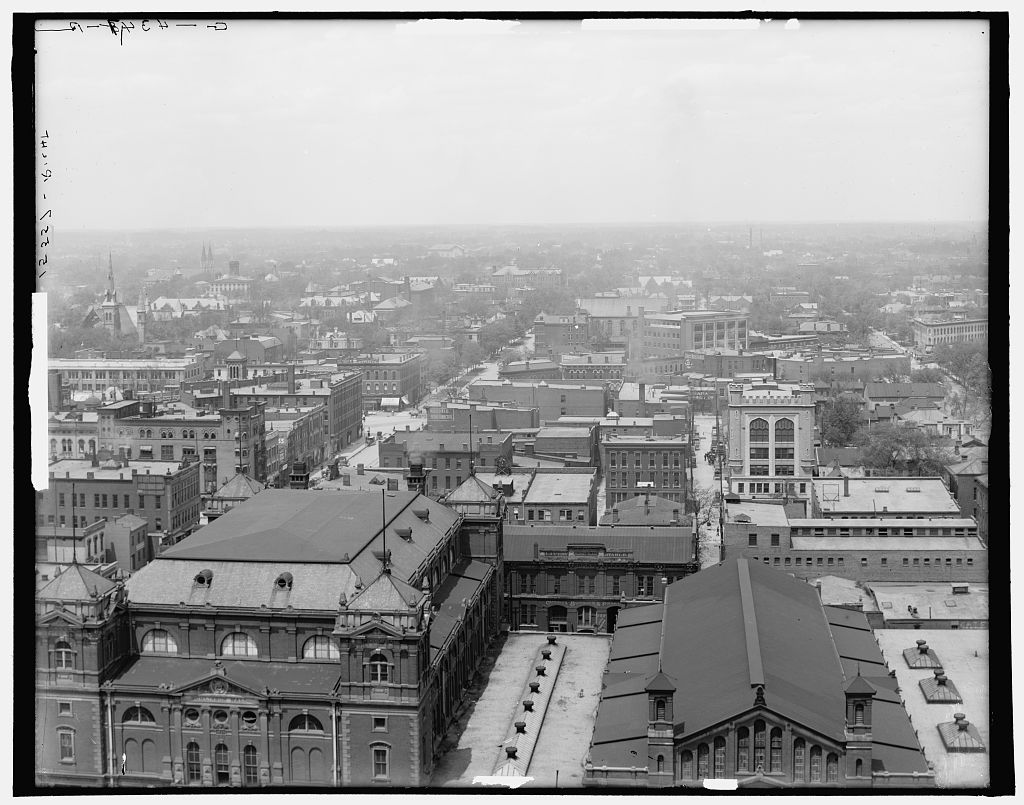