In the early 1890s the old Indianapolis High School (later known as Shortridge High School) was overcrowded and had spilled over into a temporary High School #2.  School board members knew there was a need for a high school on the south side and gave their blessing for a new type of curriculum known as the Manual Training Movement that taught practical hand skills along with the traditional classes.  And so on February 18, 1895, 526 students and their teachers marched from the temporary high school to their brand new building in a parade led by new principal Charles E. Emmerich.

The new high school, originally called the Industrial Training School, opened in 1895 on the triangle of land between Madison Avenue and Meridian and Merrill Streets. The view above looks north on S. Meridian Street at the west side of the school. In 1899 the school officially became Manual Training High School. After fifteen years as principal, in 1910 Charles E. Emmerich retired having developed the program into one copied by many other schools throughout the country. Only a year later Emmerich died and officials changed the name to the Charles E. Emmerich Manual Training High School.

As the school thrived, in 1920 the school grew to include a south building (no longer standing) with a cafeteria, auditorium, additional classrooms, and a gymnasium. The Delavan Smith Memorial Field was dedicated in 1928. 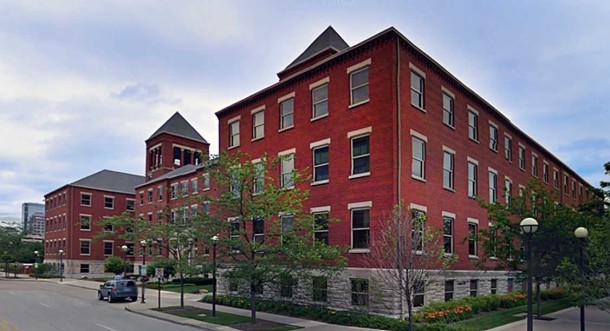 Needing a more modern space, a new Manual High School opened at 2805 Madison Avenue in 1953 at the cost of $4,500,000. The old building then housed the Harry E. Wood Vocational School until 1978. It now is occupied by businesses. 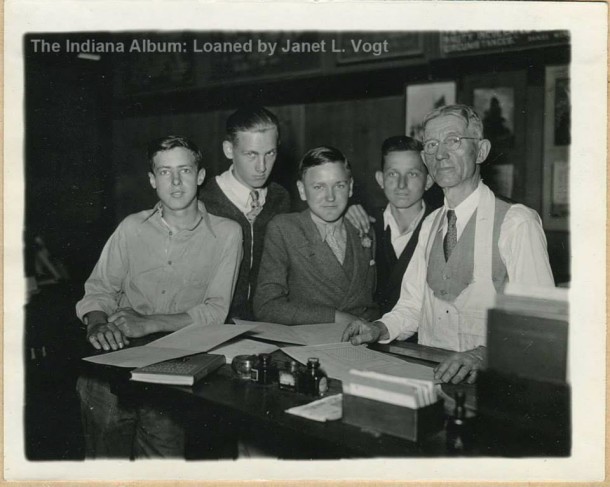 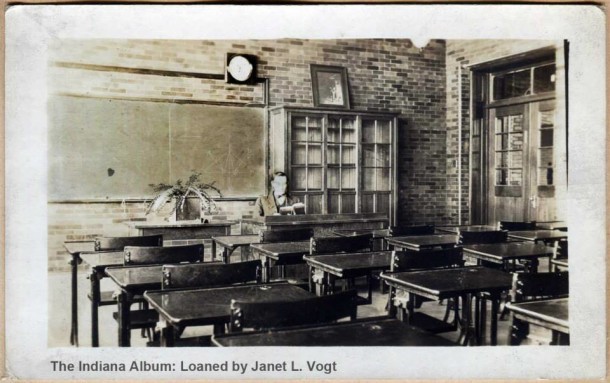 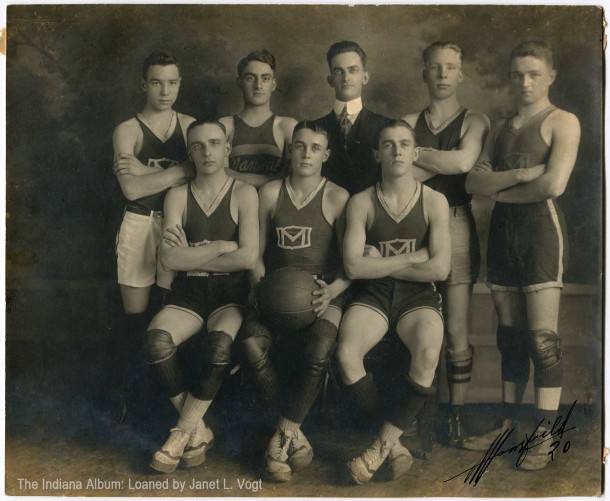 The basketball team in 1920. The lender’s father, Guy Trickey, is the coach in the back row. Trickey started teaching at Manual in 1920 and remained with the school until retiring in 1958. He was chairman of the manual training department for twenty years. His family kept a scrapbook of his school mementos and photos and kindly lent them to the Indiana Album to be scanned and cataloged. 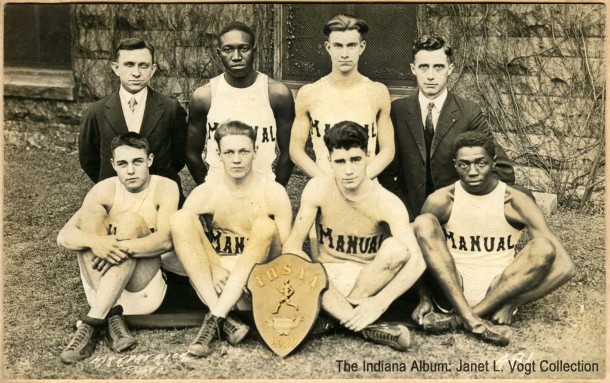 Emmerich Manual Training High School students participated in a city-wide contest to design and create model houses in the 1920s and ’30s. The contest taught the boys about the building trades and encouraged home ownership. The lender’s father sometimes brought the extra model houses home and young Janet used them as doll houses. 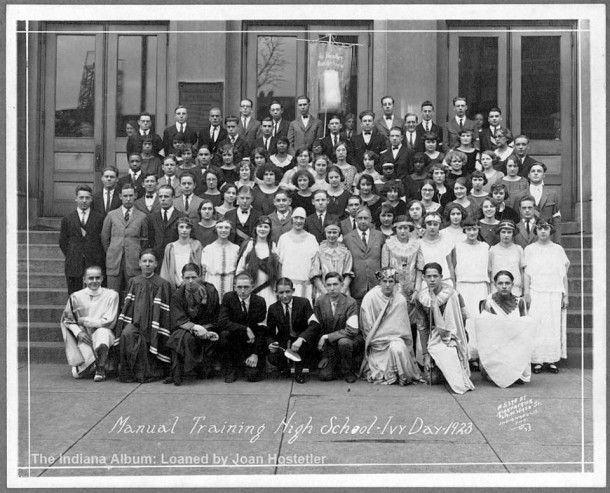 Students at Charles E. Emmerich Manual Training High School in Indianapolis taken on Ivy Day in 1923. According to a school history:  “In 1909 Mr. Emmerich [principal] had started one of his traditions where a sprig of ivy was planted along the west wall of the school, and by 1952, the entire side of the old building was covered by a mixture of ivies. The school yearbook, orginially called the Senior Booster, was later changed to the Ivian in 1949 to preserve the tradition of Ivy Day.” Thousands of pages of Manual High School yearbooks dating from the 1890s through 2005 have been scanned by the Indianapolis Public Library and the IUPUI University Library and are available free online.