Not many 1850s houses have survived in Indianapolis, but a unique government project begun during the Great Depression gives us a glimpse at one that stood for over eighty years at 408 N. Delaware Street.

David and Mary Ann (Patterson) Macy, built their new house near the northwest corner of N. Delaware and Vermont Streets in 1853. Macy, a lawyer and railroad mover-and-shaker who had served as a state legislator and a member of the Indiana Supreme Court, must have been familiar with Indianapolis by 1851 when he moved here after living in Richmond and Lawrenceburg. He bought the lot on Delaware Street, one of the city’s most prestigious residential streets, from Samuel G. Gillette. An unknown architect designed the brick, two-story house that was one of the more substantial dwellings of the era. Macy and his wife had one daughter, Caroline, who lived with them after she married banker Volney T. Malott in 1862. After Macy constructed a new house for his daughter and son-in-law in the 500 block of N. Delaware Street, the older couple missed her so much that they built a nearly identical house next to hers and moved a block north, but continued to own and rent out this house. Some of the prominent tenants included the musical family of Judge George Gordon, Dr. Hunt (a dentist), and Judge John Ketcham. The house was long known as the Ketcham house. 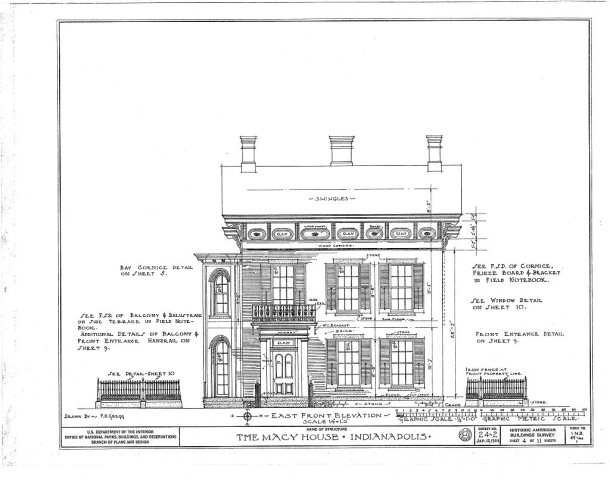 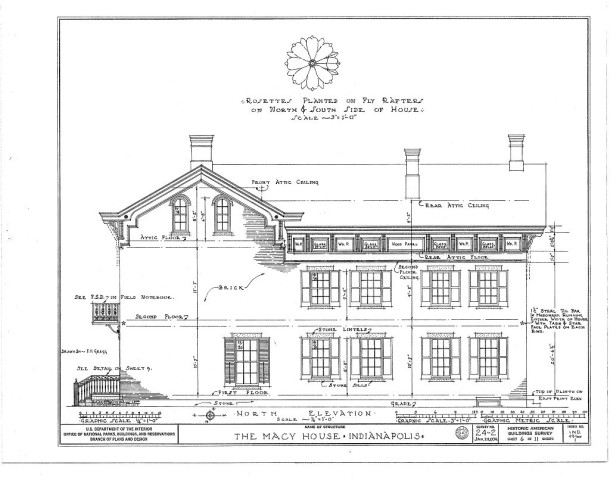 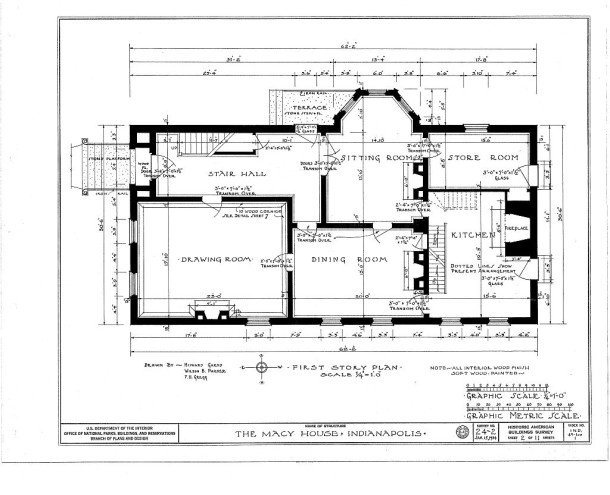 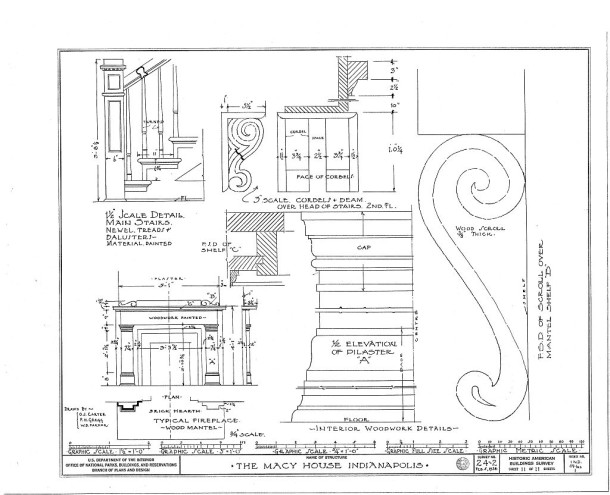 Members of the local architectural and historic community documented the house in 1934 as one of the early projects of the Historic American Building Survey. HABS, a federal government program that hired unemployed architects, draftsmen, and photographers during the Depression, documented America’s historic structures. The project is ongoing and over 38,000 sites have been recorded with measured drawings and large format photographs available at the Library of Congress. A local committee overseen by architect Herbert Foltz selected Indiana’s early HABS projects. Members were artist and Arsenal Technical High School teacher Frederick Polley, Indiana Historical Bureau director Dr. Christopher B. Coleman, and architect Lee Burns.

The Macy house, then one of the oldest houses on Delaware Street, was chosen not only for the significance of Macy, but also because it “represents real architectural beauty and charm.” A local team of Wilson B. Parker, Theodore Steele, Orville J. Carter, Howard S. Garnes, and Frederick H. Gregg, visited the house which was still owned by the descendants of Caroline (Macy) Malott and made detailed drawings of the elevations and architectural details. Although the home was then a boarding house and had previously served as a veterinarian’s office, the room configuration appears to have been unchanged from when constructed in 1853. HABS documentation also includes a typed history. 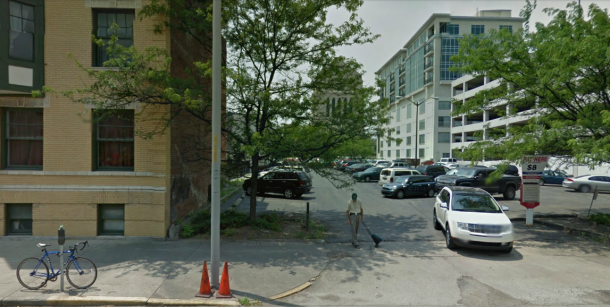 As the city grew, the quiet residential street was swallowed up by larger buildings. In 1870 Roberts Chapel laid the cornerstone for its new church across the street, renamed Roberts Park Church because of the park-like setting. In 1900 the Colonial Flats was constructed on the lots south of the Macy house and the Bertha Ballard Home for Girls, a forty-room Friends’ boarding house, built across the street. By the 1920s a brick automobile service garage occupied the back third of the Macy house lot and the home was replaced by a parking garage by the 1950s. Since the early 1990s the site has been a surface parking lot.

Although many would wish that the house had survived, it is fortunate that the Historic American Building Survey team recorded the details from the wrought-iron balcony, to the mantel shelf scrolls, to the newel post, so that we may better understand and appreciate the architecture of the 1850s. 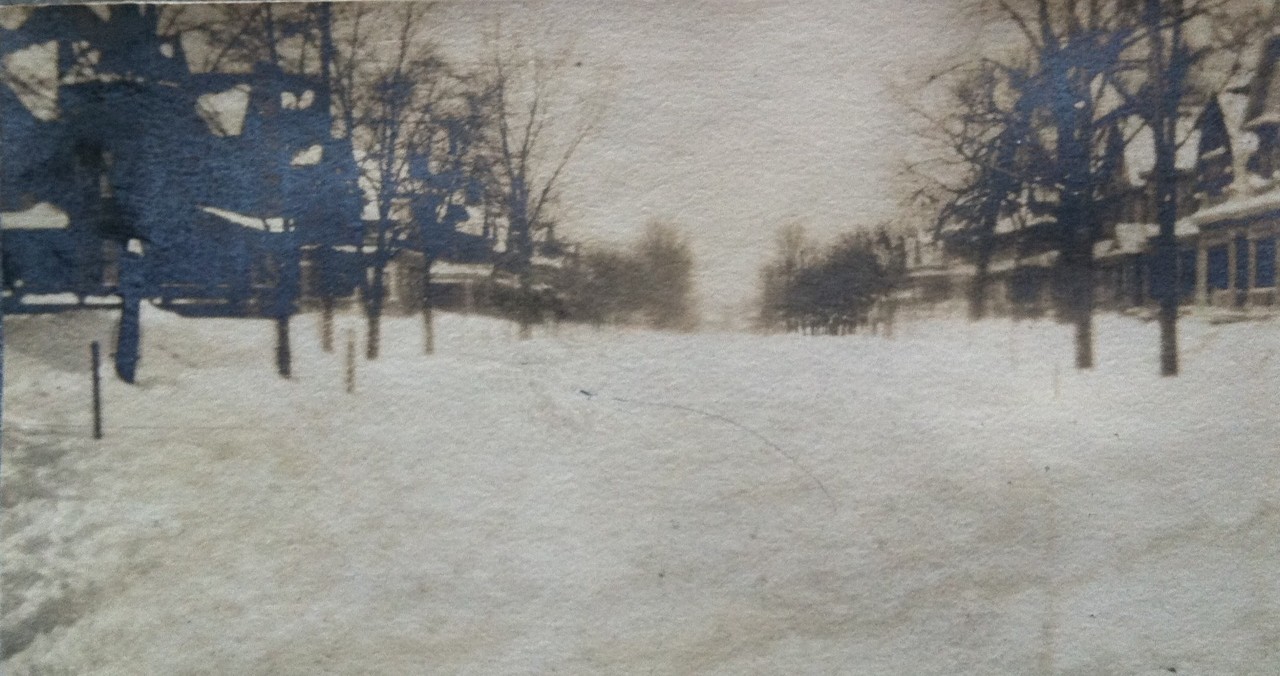