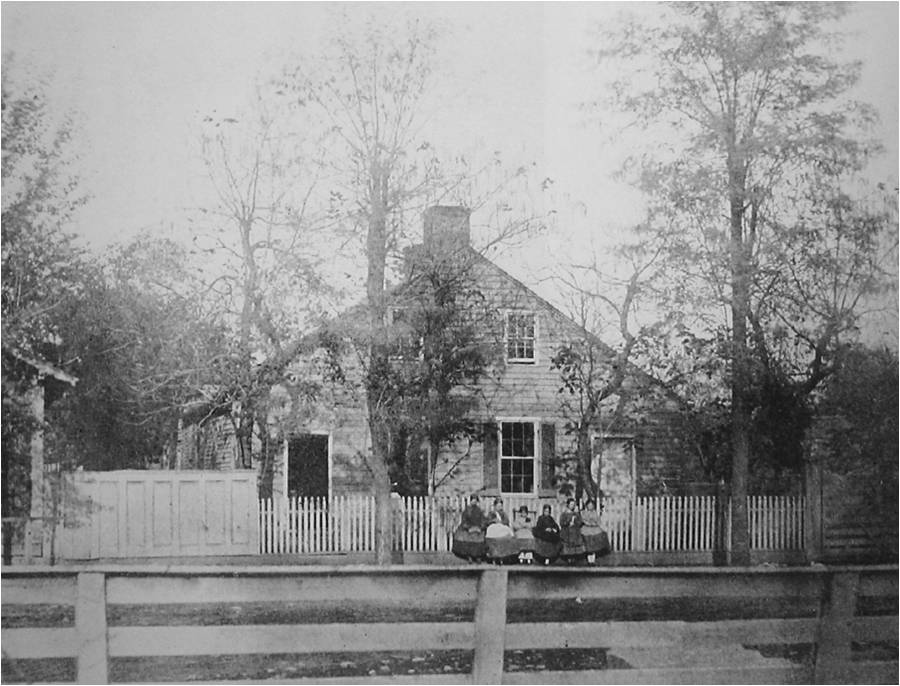 1850s: It’s hard to imagine Monument Circle as a dirt street, but this early image transports us back to a time before the Soldiers’ and Sailors’ Monument when Circle Street, as it was known then, had a mix of businesses, houses, and churches. By the 1840s the street was home to four churches and several homes of prominent residents. This copy photograph documents the home of Dr. Isaac Coe on the northeast quadrant. Coe (1782-1855),  the city’s second physician, was born in New Jersey and originally was a glass manufacturer before studying medicine. He arrived in Indianapolis in 1821 just in time for the maleria epidemic and is credited with saving many lives (although his use of calomel/mercurous chloride, used as a purgative but best known today as an insecticide, was ridiculed by a fellow physician).

Upon moving to Indianapolis he first built a home known as “the house with glass windows” on the banks of Fall Creek, later lived on the site of the When Building, then built the house seen above, which was described as a commodious frame dwelling. He resided and worked here (his office is seen to the left) until removing to Galena, Illinois in 1853. Upon his death two years later his remains were returned to Indianapolis and he now rests in Crown Hill Cemetery.

Despite his use of medicines that seem shocking today, Coe was a well respected member of the medical community who served as an early chairman of the Indiana State Medical Association and was a pioneer of homoeopathy in Indiana. He was active as a founder and elder of the First Presbyterian Church and was known as the “Father of Sunday Schools” in Indianapolis. His biography in a state medical journal concluded “He exerted an influence for good in Indianapolis which will continue to the end of time.” Not a bad way to be remembered.

[Help: This copy photograph was made from a 1930s book which stated that the original image was loaned by a Miss Sickel, descendant of Isaac Coe. The original is probably a daguerreotype, an early photographic process on silver-plated copper, or an ambrotype, another early process on glass. I would love to find and make a good scan of the original. Does anyone know the Sickel family? Note also the wood fence surrounding the Circle, then home to the ill-fated Governors’ Mansion where governors’ wives refused to live since hanging laundry in the yard would offer no privacy in this very public space. When demolished in 1857 a local photographer documented the house, but these images have yet to be found.] 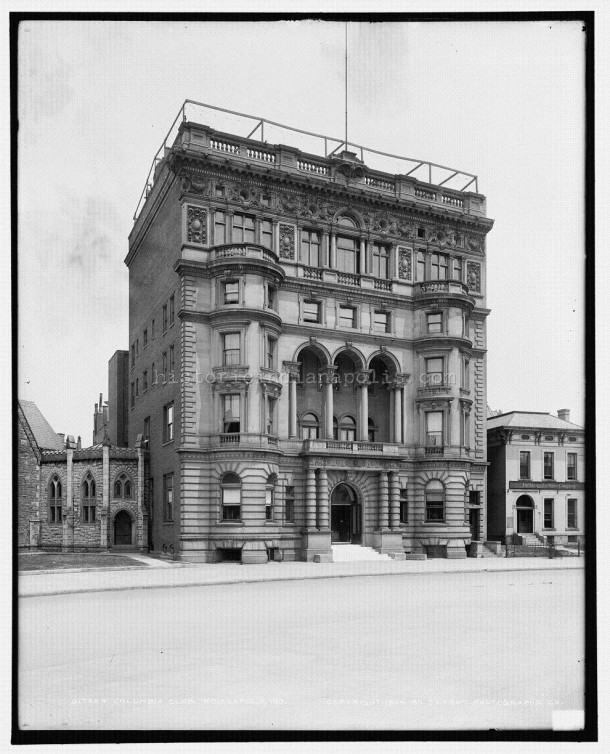 Circa 1905: When the Coe house was razed in unknown, but by 1900 members of the Columbia Club, a Republican club formed in 1888 as the Harrison Marching Club to support Benjamin Harrison’s candidacy for president, constructed this six-story structure on the site. 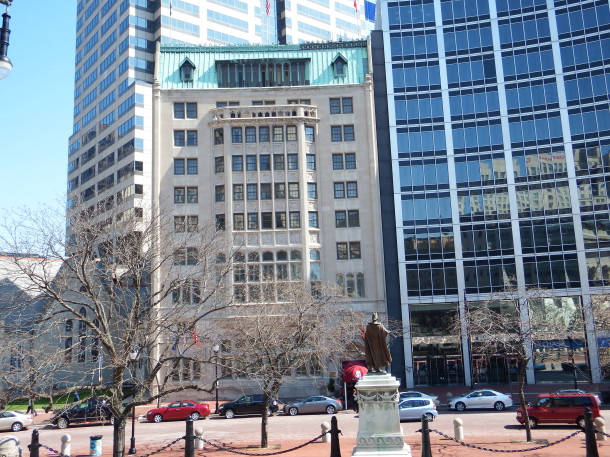 Today: Needing more space, Columbia Club officers hired architects Rubush and Hunter to design their new, ten-story limestone structure. Read more about this private club in  “20 Things About the Columbia Club You May Not Know.” 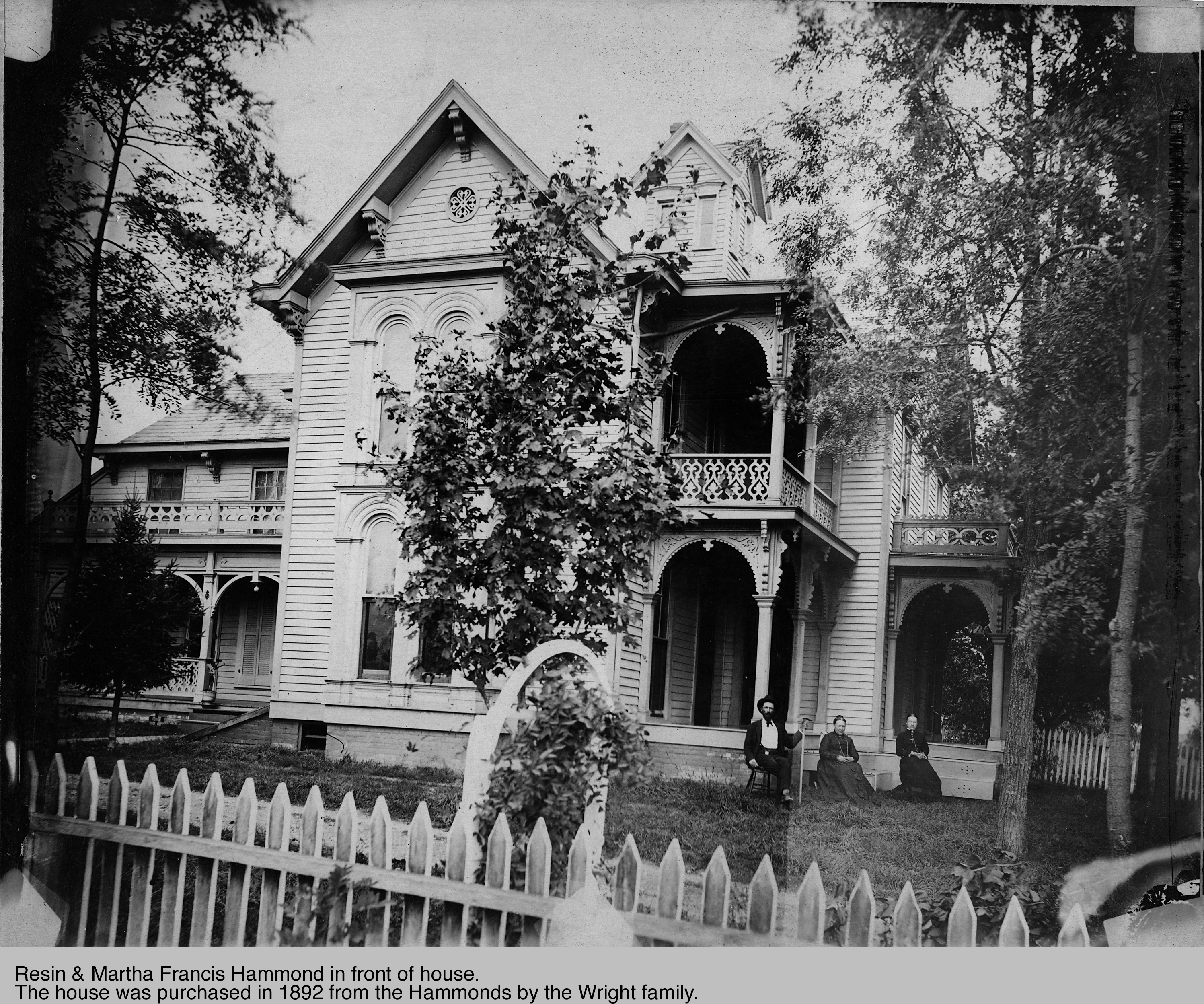