Luckily, several of our city’s old fire stations have survived through the years and have found new uses. The Eastern Fire Station is one of the oldest, having been constructed in 1896. 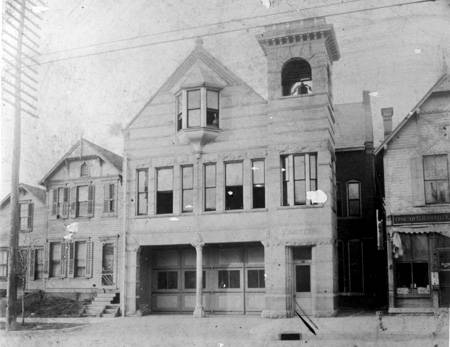 The three-story Eastern Station #15, snuggled tightly between houses and stores, opened at 1030 E. Washington Street in 1896. Shortly after 1900, fire officials renamed it Station #11.

The Station was just fourteen years old when photographed by Bass Photo Company. A bell in the tower alerted workers and neighbors about nearby fires. Two bays held the horse-drawn fire equipment, proudly displayed by the crew in this 1910 image. Eventually firemen replaced the horse-drawn wagons with gasoline and diesel engine firetrucks. The station served the near east-side community until April 27, 1971, when it relocated to a larger and updated building. 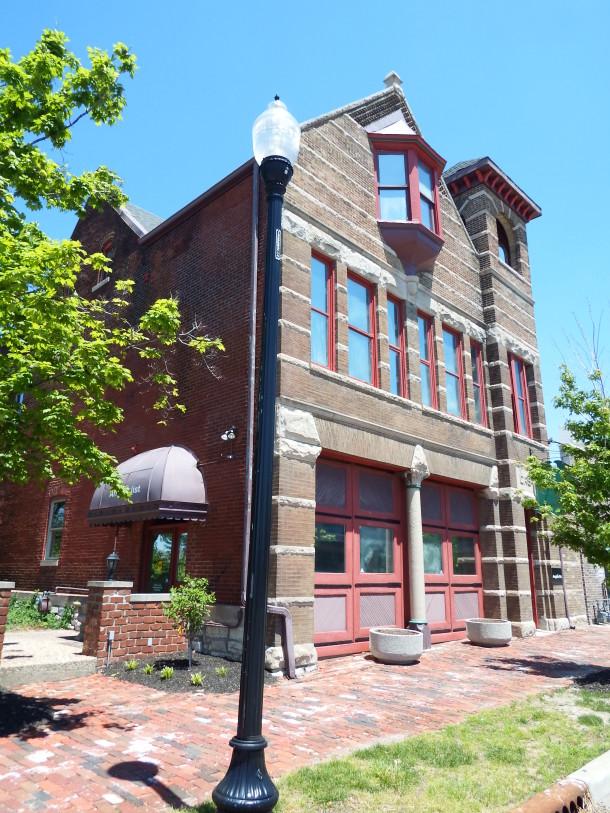 When Fred (formerly of Bass Photo Company) and Peggy Abel purchased the building for a commercial photography business in 1971, the loft still held straw from the horse-drawn wagon days. After much work the couple opened Firehouse Colorlab, which they operated until selling to the Corman Brothers in 1989. Photography was evolving and gradually computer stations replaced darkrooms. Finding it challenging to update the old building and needing more space, the lab (now named Firehouse Image Center) moved into a modern building in 2003. Angie’s List, a review company for service businesses and health care professionals, moved their headquarters into the old station in March 2003. Today, the building houses Angie’s List’s reception area, call center, and offices.

With vision, dedication to historic preservation, and tasteful updates, these owners all deserve credit for demonstrating how adaptive reuse of old structures can add to the charm of our streets.