Finch Park, originally located on S. State Avenue between Spann and Fletcher Avenues, has long served the Fountain Square neighborhood as a playground and park. Photograph lender Elizabeth Laslie shared this ca. 1915 image of her grandfather playing football in the park that was later named after the family of Alice K. Finch.

Neighborhood resident Otto Dick is among the athletes in this community football league. A photographer captured them playing in lots that eventually became Finch Park in Indianapolis. It is unclear who owned the lots at this point since newspaper articles state that Indianapolis City Parks did not buy the property until 1923. The photograph is undated, but based on the hat and clothing of the woman in the background and age of Otto Dick, the year is about 1910 to 1915. This view looks southwest at the intersection of Fletcher and S. State Avenues. 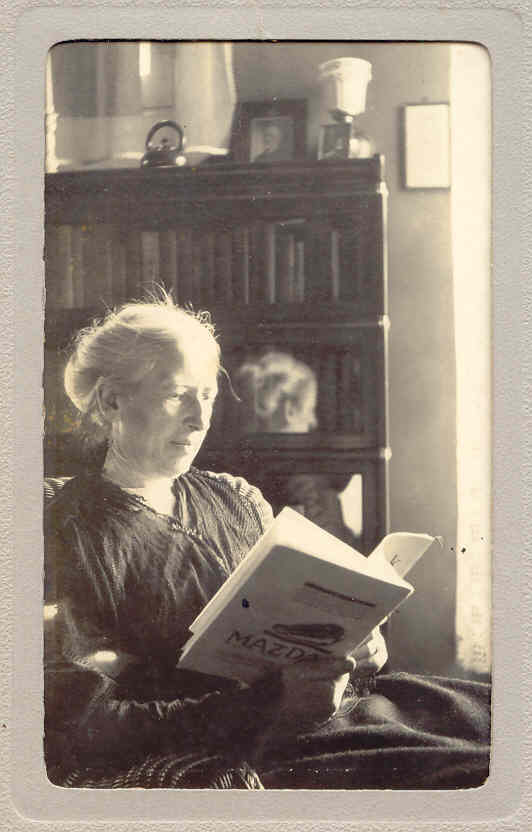 Alice K. Finch (1852-1923, daughter of Judge Fabius Finch) bequeathed $10,000 to the Indianapolis Parks Department for playground purposes in 1923. The Indianapolis Park Board named the park at S. State and Spann Avenues “Finch Park & Playground”  in memory of the Finch Family.

According to a news report, thousands of southsiders attended the park’s opening ceremonies on July 2, 1923. City officials promised additional playground equipment and more landscaping “to make the playgrounds a real park.” Park staff praised the Southeastern Improvement Association for their efforts of civic improvement. The Marimba Band and the Policemen’s and Firemen’s Band entertained the crowd  while children played on the swings and slides in the new park surrounded by electrically-lit Chinese lanterns for the evening’s festival.

In 1927 the park board built the brick and tile  Alice K. Finch Memorial Shelter House on the east end of the grounds. It housed a stage and “comfort stations.” 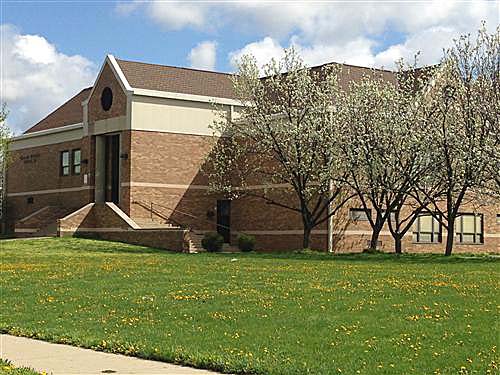 Today, most of the houses on the south side of Fletcher Avenue still stand. Note the old brick street. The green commercial building in the distance (on the southwest corner of Fletcher and State) has served many uses through the years, including the E. B. Holtam & Co. Grocery (1910s and ’20s), L. V. Whybrow Grocery (1932), Allan J. Boesel Grocery (1935), Joseph Zimmerman Grocery (1945), Charles E. Williams Regal Market (1950s-’70s), Mikita’s Market (1970s-’80s). Although a spot check did not reveal the year, Kindrick’s Regal Market also occupied the building, as revealed by this advertising mural that owners discovered  in about 2010 under the siding on the east side of the store. “Fresh Up with 7-Up” became 7-Up’s slogan in 1957. 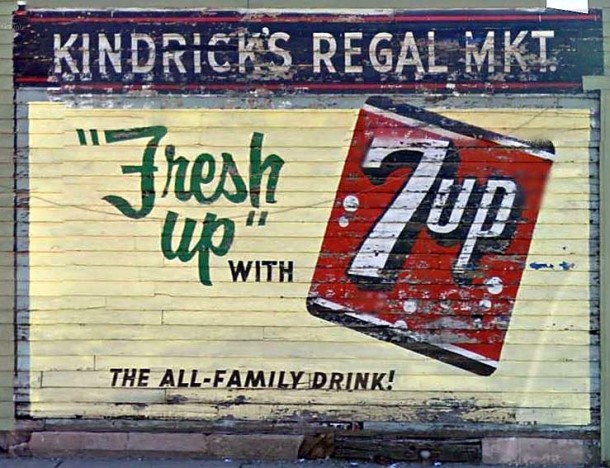 If you have memories of Finch Park or the surrounding neighborhood, please leave comments below.