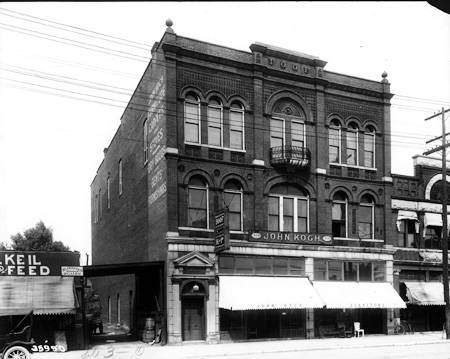 John Koch’s furniture store occupied this ca. 1900 brick building located between Fountain Square and Fletcher Place for over five decades. Today most of us have driven past the ghost of the building as we speed by on Interstate 65-70 southeast of Indianapolis.

At the time the store was photographed by the Bass Photo Company in 1914, the John Koch store sold stoves, furniture, Hoosier cabinets, rugs, and dry goods. Koch (1866-1918) was the son of a German-born cabinet maker. He started his furniture store in the 1890s and moved to this location by 1901, eventually expanding south into the adjacent two-story brick building. [IHS, Bass Photo Co. 35980] 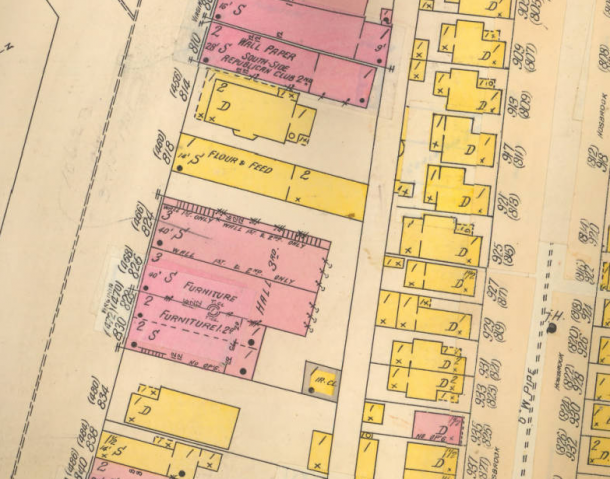 Like much of Virginia Avenue, the 800 block had a mixture of businesses and houses. Koch was nestled among a flour and feed store, wallpaper store, wood-frame houses, and upstairs lodges such as the South-Side Republican Club and the International Order of Odd Fellows on the third floor of his furniture building. The Indianapolis IOOF Lodge #465 met weekly and also served as a meeting site for the Rebekah Lodge, the women’s group affiliated with the IOOF. Former US Vice President Charles W. Fairbanks was a member of this IOOF Lodge and spoke at the group’s anniversary celebration a year before this photo was taken. (1898 Sanborn Map updated to 1913) 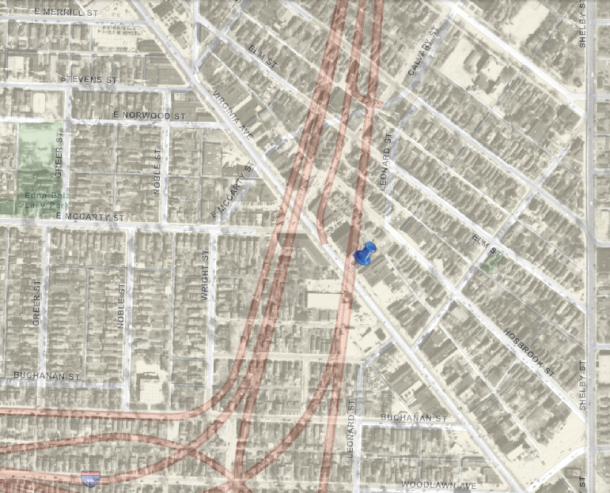 After John’s death in 1918, son Harold J. Koch operated the furniture store until his death in 1948. Within a couple of decades the building was doomed by the planned path for Interstate I-65/70, seen superimposed above on a 1956 aerial photograph. 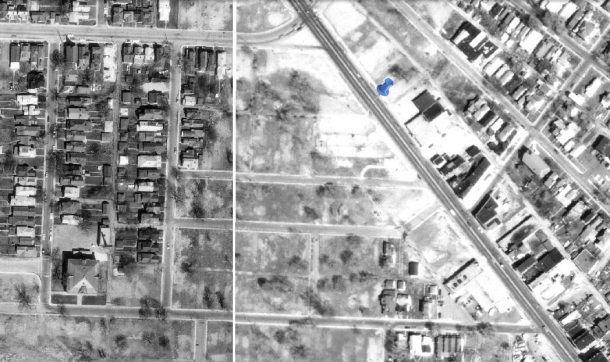 By the time this 1972 aerial photograph was captured, broad swaths of land had been cleared for the interstate. 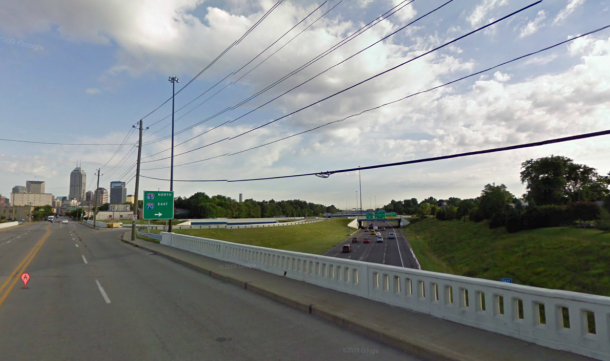 Today it is almost hard to imagine that this stretch of Virginia Avenue had once been a vibrant and thriving neighborhood. Thank goodness for photographers such as Bass Photo for documenting our city’s history and archives and libraries, including the Indiana Historial Society, who diligently preserve these two-dimensional treasures that remind us of how our city once looked.