James W Kern’s Bicycle and Motorcycle Repair Shop at 1921 Howard Street, ca. 1915-1920. (Can anyone date these motorcycles?) This view looks southwest toward the intersection of Hiatt Street. James W. Kern is 2nd from the right. (The Indiana Album: Loaned by Nancy Netter)

Strict zoning laws, while necessary to protect residential districts from incompatible businesses, have perhaps deprived us of one aspect what makes neighborhoods interesting and walkable…the corner store. In the early part of the 20th century, most neighborhoods were dotted with drug stores, taverns, house parlors converted into restaurants and shops, and small grocery stores.

Reader Nancy J. (Postlewaite) Netter shared these circa 1920 snapshots of her family’s two neighborhood businesses on Howard Street in “The Hill” section of West Indianapolis. Originally named Belmont, West Indianapolis was incorporated as a town in 1882 and annexed to the city of Indianapolis in 1897. The neighborhood, located southwest of Indianapolis, is bound by Holt Avenue (west), Raymond Street (south), White River (east), and the CSX Railroad (north). By 1890 West Indianapolis was the city’s largest suburb with a population of 3,527. Although most of the residents in West Indianapolis were working class, a social distinction existed between “The Hill” area west of Harding Street and the low land east of Harding Street, known as “The Valley.” Lower property values, likely due to flooding, made the Valley less desirable and an older resident interviewed in the 1970s recalled, “When I was young, eyebrows would be raised if a girl or boy from the ‘Hill’ dated someone from the ‘Valley.’”

A century ago, the houses on the southeast corner of Howard and Hiatt Streets not only served as homes for the Crayton and Kern families, but also contained businesses for the occupants when what today’s urban planners call “live-work” buildings were common. With the streetcar line in front and many nearby employers such as the Indianapolis Stockyards and the Nordyke & Marmon Company (milling equipment manufacturers), the corner must have been bustling and Nancy’s family took advantage of their location. James Wilber Kern (1884-1959) bought his home at 1921 Howard Street in about 1910 and built a small store in front to house a bicycle repair and accessories business (probably in September 1914 when he applied for a building permit for an addition). The Kern bicycle repair shop first appeared in city directories in 1915. Eventually James also painted “motor cycle repairing” on his window sign and by 1924 he added automobile accessories. In the late 1920s Kern took employment as superintendent of maintenance at the Sinclair Refining Company and his repair shop was no longer advertised in directories. For a few years in the mid-1930s James and his wife Daisy, along with their son Wayne, operated Kern’s Market from the shop. 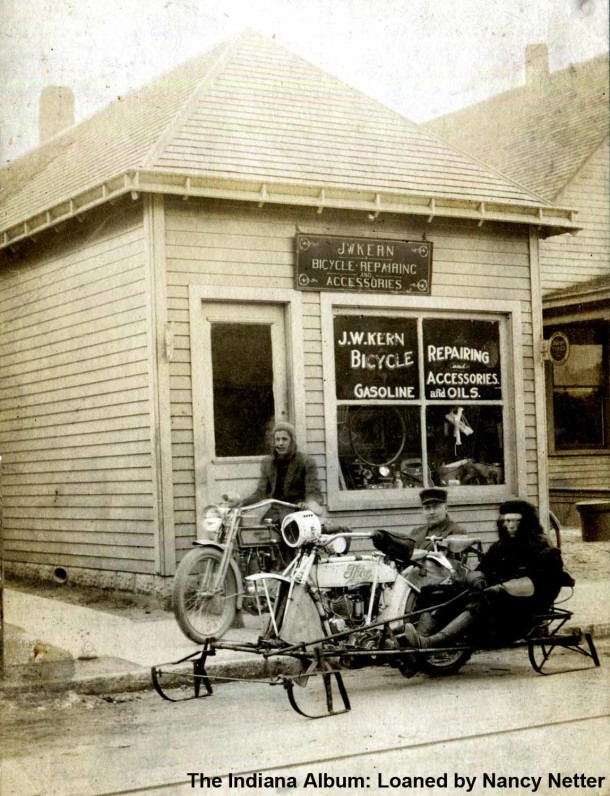 Seen in this late 1910s snapshot is (to the left) a Harley Davidson motorcycle and (right) an odd contraption marked “Thor.” Thor motorcycles, made by the Aurora Machine and Tool Company, ceased production in 1920. Can anyone identify the Thor machine shown above? 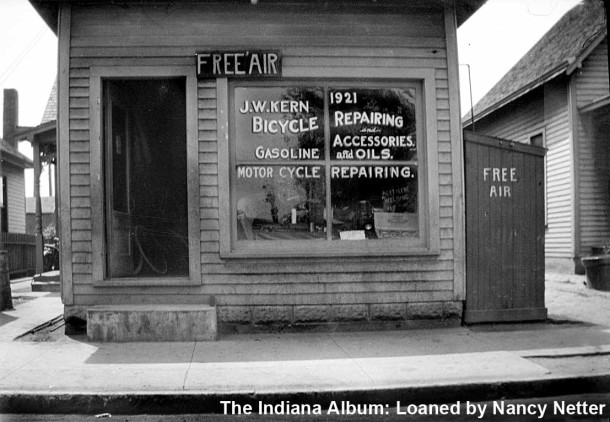 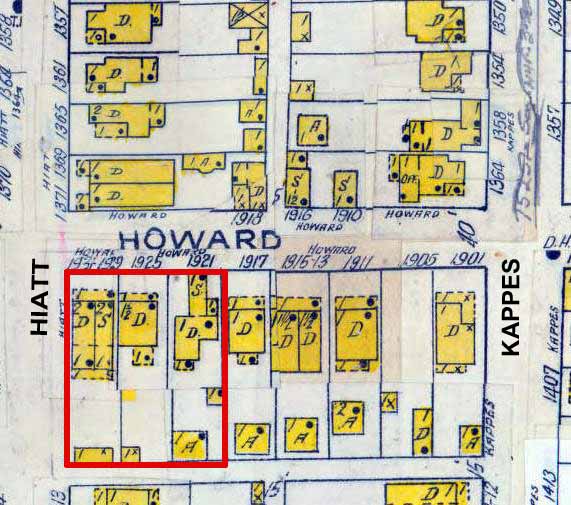 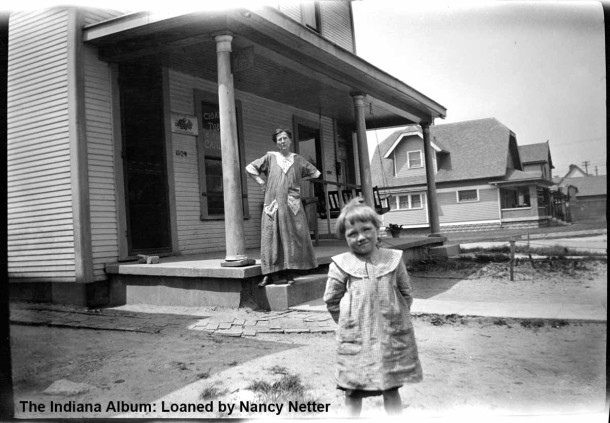 Two doors west at 1929 Howard Street, James Kern’s mother-in-law Margaret “Maggie” (Cruzan) Crayton (1863-1948) managed a candy and cigar store in the front room of the double that she and her husband William D. Crayton rented. Maggie was listed as a confectioner in city directories as early as 1913 through 1919 and also a confectionery store manager in the 1920 census. In 1922 the house is listed as William D. Crayton’s grocery store. 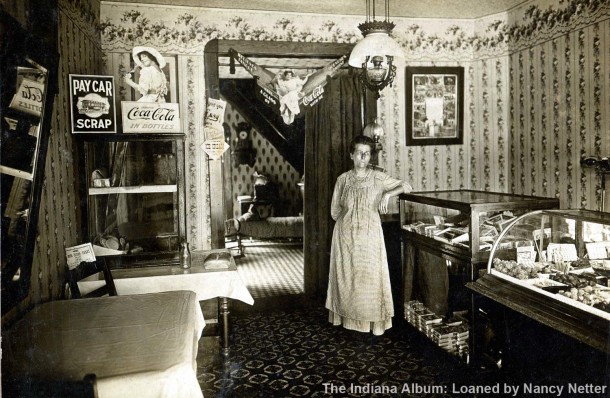 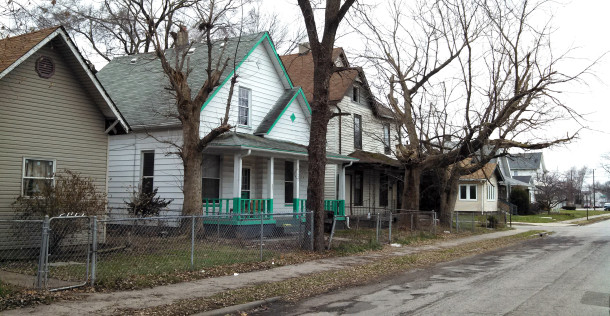 1900 Block of Howard Street Now: In the 1950s, the addition that housed Kern’s Bicycle and Motorcycle Repair shop was removed from the front of 1921 Howard Street, but the one-story house in back remains (the tan house to the left). The Kerns moved to Plainfield in the mid-1950s. The double that formerly housed the confectionery (cream house with brown roof) still stands on the corner. In the 1920s, the Craytons moved to Belmont Street to live with their recently widowed daughter,  Goldie (Crayton) Stringer, whose railroad detective husband Orthello Lee Stringer was murdered while investigating the theft of coal from train cars in 1919. Note the raised areas of pavement, hinting at the old streetcars tracks beneath the street.

Recently, some cities have taken measures to relax zoning to resurrect the corner store. With cars and discounted prices at the big box stores, perhaps these mom-and-pop shops couldn’t successfully exist today, but it sure would be nice to walk to the corner to buy a piece of  homemade chocolate candy, sip a cold soda, and learn the latest neighborhood gossip.