Lane Radio at 2828 E. 10th Street near Rural Street operated at this site for over 70 years. Founded in 1927 by Melvin Lane (b. 1894 – d. 1975), the shop originally sold radios, batteries, tires, and even serviced automobile radios in a side garage located behind the Art Moderne storefront. Eventually the business expanded to sell televisions and other appliances.

Owner Melvin Lane, along with his wife Gertrude, daughter Lillian, and son Robert, lived in the apartment above the shop. After serving in the Navy on the USS Savannah as a radio technician during World War II, Robert joined his father in the family business in 1948. They added a second store on Pendleton Pike in 1952 and that store is still operated by family members. 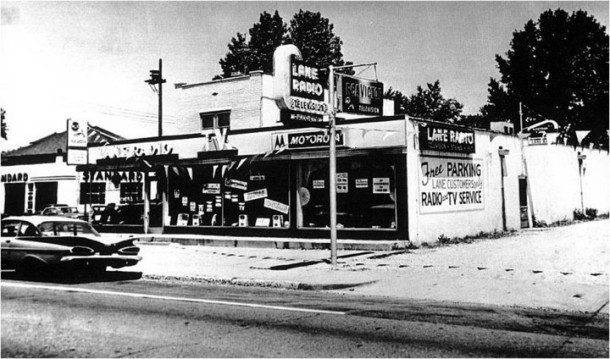 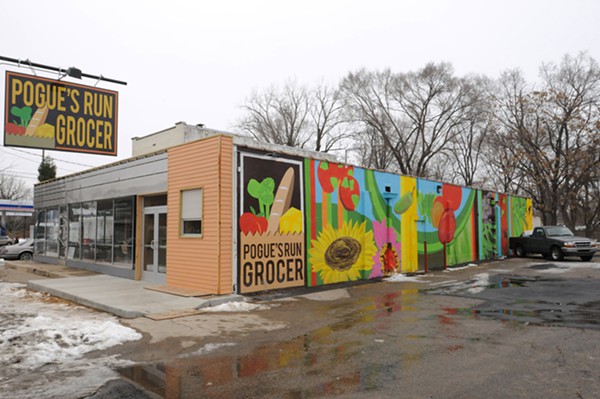 After the loss of a few grocery stores on the east side, and not liking the lack of healthy choices at convenience stores, neighbors formed Indy Food Coop. The group worked for three years to create Pogue’s Run Grocer, Indianapolis’s only community-owned cooperative grocery store. The group acquired the old Lane Radio building, which they adapted to their needs. The full-service natural and organic grocery store opened in December 2010 and specializes in locally-produced goods. The member-run store also features a deli. Learn more on their web page and like them on Facebook. 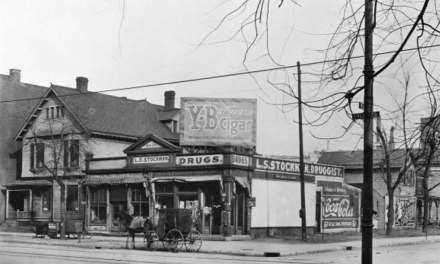