Recently a Historic Indianapolis reader posted a query about the Lincoln Chiropractic College at 633-635 North Pennsylvania Street. She remembered walking there as a child with her father and wondered whatever happened to the building. Being unfamiliar with the college, I did a little sleuthing and found a few answers, but not a complete history, of this marvelous old structure. Hopefully some HI readers will share memories of the building and help answer her question about exactly when and why the structure was demolished.

The Lincoln Chiropractic College operated in Indianapolis between 1926 and 1975. In need of more space, the school moved to 633-635 N. Pennsylvania Street in 1935, and stayed until relocating to 46th Street and Keystone Avenue sometime after 1947. 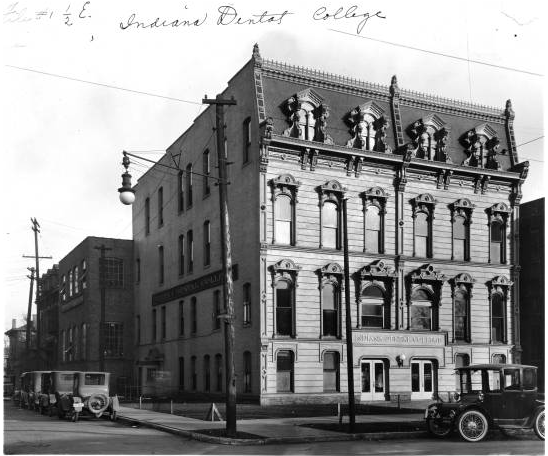 Between 1920 and 1925, the building housed the Indiana Dental College. This private school was purchased by the Indiana University School of Dentistry in 1925, and the school moved to its present location on the IUPUI campus in 1933. 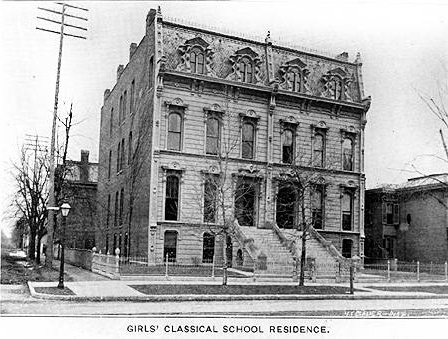 Anna F. Weaver ran the Girls’ Classical School Residence from about 1907 through 1920.  Anna, mother Angeline, and her teacher sisters lived in the school/home and rented out unfurnished apartments, always mentioning the “elegant location” in advertisements. The Second Empire-style house was built as a residence prior to 1887. It looked west across Pennsylvania Street at the park-like setting of the Indiana Institute for the Blind (now the site of the American Legion National Headquarters). Note that the stairs leading to the elevated first-floor entrance were later removed. 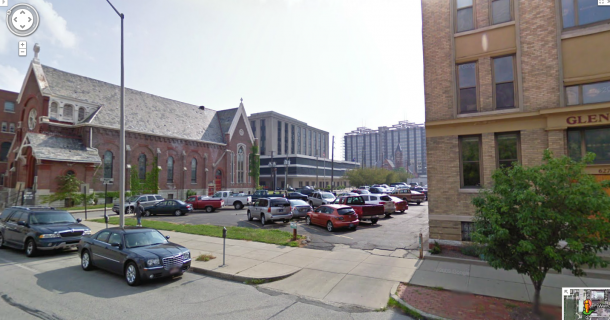 Based on aerial photographs, the old house/school was demolished between 1972 and 1978. The site is now a parking lot located between the Glencoe Building and the former First Lutheran Church (now a wedding rental hall known as the Sanctuary on Penn).