Indianapolis has been home to hundreds of photographers, mostly located downtown along Washington and Illinois Streets until the suburbs expanded on the outskirts of town. In the early 20th century, many commercial districts had a neighborhood photo studio. In the era before everyone owned a camera, people dressed up for their portraits at photograph studios (usually called galleries in the 1800s) and looked serious for their sitting. Photo journals of this period advised camera operators not to let their clients smile and look giddy for posterity.

For years I’ve been compiling a directory of Indiana photographers, 1840-1940, and was thrilled to see this photographic postcard (called an RPPC for “real photo post card” by collectors) appear on eBay. Unfortunately, images of photographers and their studios are quite collectible and expensive, but I bit the bullet and sniped high at the last minute and won the auction. I had never heard of Moeller’s Studio at 1122 Prospect Street in Fountain Square, and unfortunately this card was not postmarked with a date. Through city directories I learned that Charles F. Moeller operated this photograph gallery in 1913 and 1914. Before and after his short venture in the photography field Moeller was a carpenter, so it makes sense that he offered picture framing as a side business.  The studio was then owned by Owen T. Bennett, who eventually expanded to 1120-1124 Prospect Street. As Kodak Brownie cameras became common in the 1910s and ’20s, many photo studios offered film processing and printing for amateurs. Bennett remained in this location until the late 1920s when he moved to Terre Haute. Between 1935 and the early 1970s, the one-story frame structure housed a tavern.

Do you have photographs of old photo studios or photographers in Indiana or biographical information about your photographer ancestor? Please contact me so I can include it in the directory.

The former studio and bar was razed between 1972 and 1975. As of 2012, the site is a parking lot located between Koehring & Sons Heating and Cooling and White Rabbit Cabaret, an eclectic lounge featuring a mix of music, dancers, raunchy clowns, and burlesque bingo. At the time of this 2009 Google Street View photo, the White Rabbit Cabaret building still housed a Rent-A-Center.

To see this old postcard superimposed on top of a Google Street View photo of the current site, check out WhatWasThere, a fun site advertised as “a virtual time machine of sorts that allows users to navigate familiar streets as they appeared in the past.” Make sure to slide the green fade bar to reveal what is on the site today. 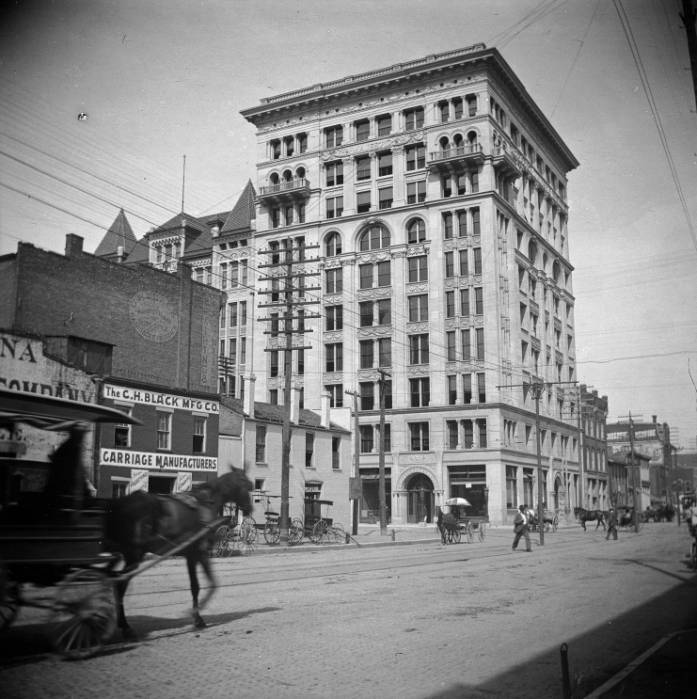 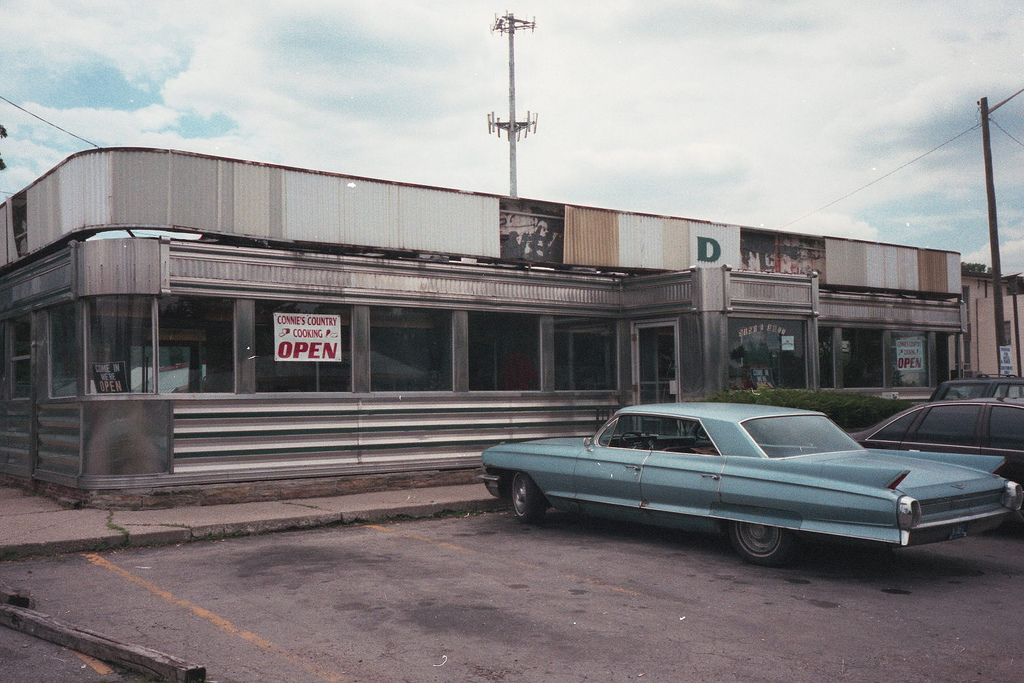