Is that a government building or a gas station? Cartoonists of the 1920s often made light of the fact that service and filling stations were so ornate that they were confused with buildings with a grander purpose. 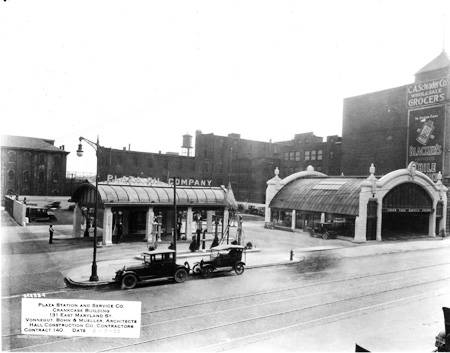 The newsletter of the Indianapolis Chamber of Commerce noted that 1923-1925 was a time of unprecedented construction downtown, with more buildings erected in that period than any other in the city’s history. Over fourteen million dollars had been spent in a three-year period on twenty new buildings, including the Illinois Building, the Columbia Club, the Roosevelt Building, and the Plaza Oil Garage and Service Station. Of course this implies that it was also a time of mass demolition as the city outgrew its earlier buildings. The Plaza replaced the first St. Mary Catholic Church, parsonage, and academy, which stood on this site from the 1850s until at least the 1910s. After the construction of the new St. Mary Church in 1910 on the southeast corner of New Jersey and Vermont Streets, the old Maryland Street church structures were used as boarding houses and storage. The old church can be seen next to the KO-WE-BA building in this 1912 Indiana Historical Society photograph. 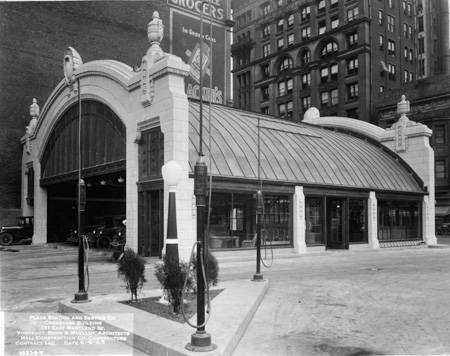 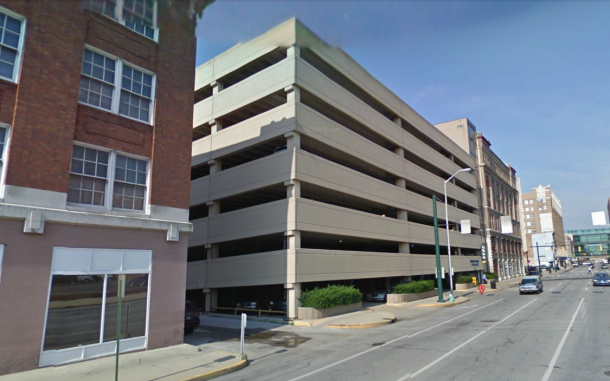 The filling station survived until the 1950s but was razed before 1962. It is now the site of the multi-story Sideline Parking Garage. (Google Street View 2009)

Would you like to see your old photographs featured in this Then and Now column? If so, send a high resolution scan and any details about the building to thenandnow@historicindianapolis.com. 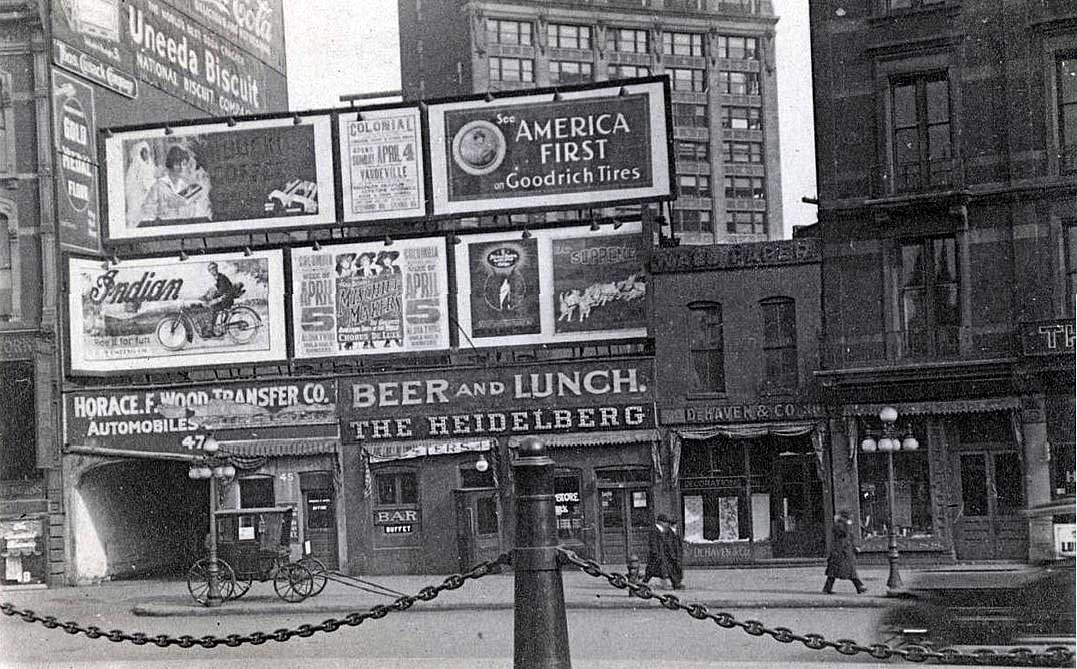