Harry W. Moore (1902-1970) grew up in the family funeral home business in Brightwood and opened his first funeral home in 1927 at 25th and Gale Streets. In the early 1930s, he hired architect Leslie F. Ayres to design this charming chapel, located at 2050 E. Michigan Street just east of Woodruff Place. This photograph probably dates to the 1940s and shows firemen congregated outside of the funeral home in honor of a fallen comrade. 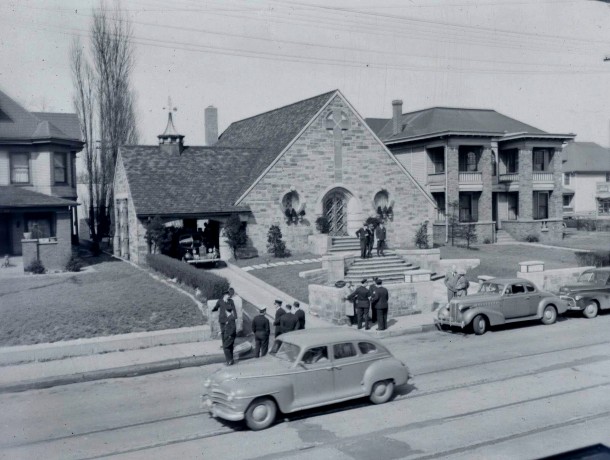 Circa 1940s negative made by the Indianapolis Fire Department

This Harry W. Moore branch closed in the late 1990s, and most recently housed Clubhouse 2050, a members-only club for singles and couples .