With all of the attention focused on the near eastside during the Super Bowl Legacy Project, one building is near the top of everyone’s list of restoration: the Rivoli Theater at 3155 E. Tenth Street.

The Spanish Mission Revival style theater was designed by architect Henry Ziegler Dietz. It was built in 1927 at the end of the trolley line by Universal Pictures Corporation.  Time is short this week, but a great history can be found on the web page of the Rivoli Center for the Performing Arts.  Here the marquee advertises “Bride of the Regiment,” a musical film released in 1930. (Photograph from the Indiana Album: NESCO History & Preservation Committee Collection) 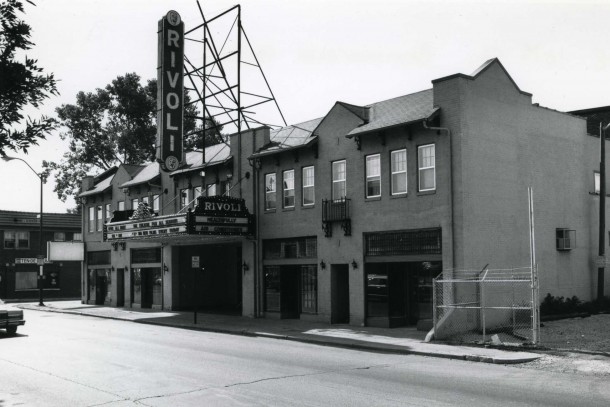 The theater was still is good condition is this undated photograph from ca. 1970. (Photograph from the Indiana Album: NESCO History & Preservation Committee Collection) 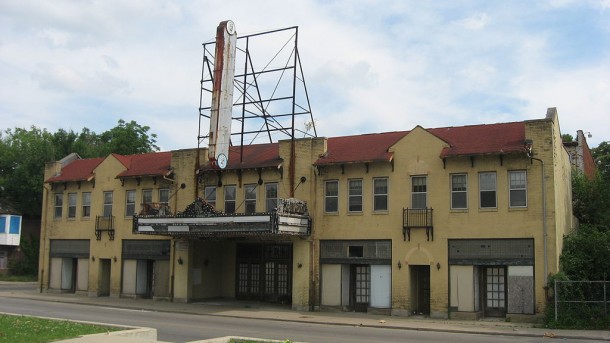 Today, the theater, which has been unused for decades, is threatened due to serious roof issues and will cost millions to restore. A dedicated group has formed a non-profit, acquired the building in 2007, and is working on a plan to save the historic theater. Read more about the Rivoli Center for the Performing Arts and learn how you can help save this east-side landmark.