This charming photograph of the circus coming to town has long intrigued me, but the records of photographer Frank M. Hohenberger did not include the location. With a quick check in the city directory, it’s clear that it was taken in the 200 block of Massachusetts Avenue.

Hohenberger, a talented photographer best known for his “Down in the Hills o’ Brown County”  column for the Indianapolis Star, worked as a photographer for H. Lieber Company from 1909-1914. During that time he documented downtown buildings, parks, the Indianapolis 500, the flood of 1913, and a few shots of a circus. As was typical, the circus generated attention and excitement by parading the elephants, walking trunk to tail, down a street as spectators gathered. Neither the buildings or the store names in the background were familiar, so I suspected that they might be long gone. Checking the Polk’s 1914 Indianapolis City Directory, listings were found for: 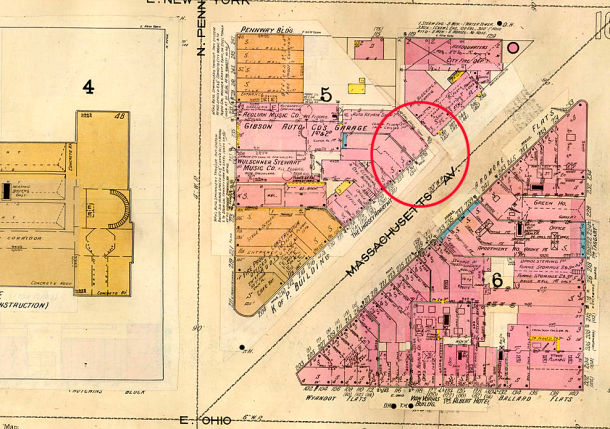 Massachusetts Avenue, the diagonal street heading northeast from E. Ohio and N. Pennsylvania Streets, was a thriving commercial district offering everything from tires, to clothes, to bakeries, drug stores, Chinese laundries, and even psychics. The stores seen behind the elephants were located on the north side of the 200 block of Massachusetts Avenue. 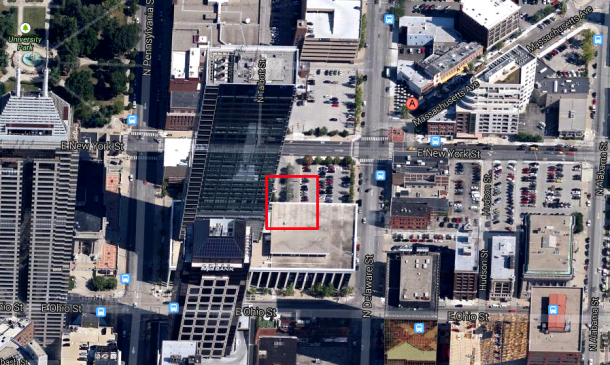 With the plans set to begin construction of Indiana National Bank’s One Indiana Square building (the city’s tallest skyscraper when completed in 1970), the 200 block of Massachusetts was obliterated. Today “Mass Ave” begins in the 300 block at N. Delaware and E. New York Streets and the once bustling 200 block is a distant memory.

Happy Thanksgiving to Historic Indianapolis readers! I’m thankful for your comments, gentle corrections, and memories of our city. For this upcoming year I’d be even more thankful if you would share your old photographs! Do you have photos of grandpa’s corner store, Aunt Bertha’s first house, unprinted glass negatives found in your attic, or a great snapshot album that you couldn’t resist at a garage sale? I’d like to add them to The Indiana Album (a community digital album) and feature some in this column. Email heritagephotoservices@gmail.com or comment below if you would like to share.