When neighbors surveyed the near eastside Cottage Home Neighborhood in 1984, the house at 1106 E. Ninth Street was abandoned with the back door standing wide open. Despite the overgrown yard, extended lack of maintenance, and invasion of critters, the house had architectural charm and was unusual because it was one of only two brick dwellings in the neighborhood. Some neighbors thought the place was not worth saving, but it was structurally sound and fortunately buyers came forward to restore the home. 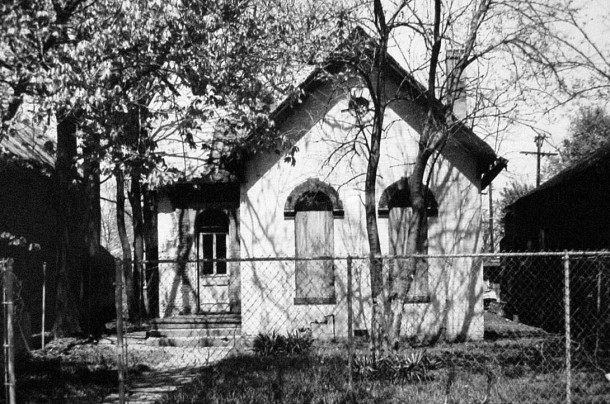 Research in old city directories, obituaries, and telephone interviews with granddaughters of long-time owner Daniel Haley helped us piece together the history of the property. Frederick Prail, a brickmason, requested a permit in July 1871 to construct the brick dwelling valued at $1,000. Indianapolis experienced a building boom in the 1870s, and he likely built it and several others on speculation. After a decade as a rental property, the house was bought in the 1880s by Irishman James McCarty, who was a foreman at the Capital City Planing Mill. He moved in along with his wife Anna Corrigan and their three children, but sad events occurred within the next few years to leave Anna the sole occupant of the home. Their only son, Johnny, died of an illness in October 1889. Shortly after Christmas the same year, James was stricken with an appendicitis attack. He died on the kitchen table as a doctor attempted emergency surgery. Both of their little girls succumbed to diphtheria in early 1892.

Posing in front of the house are the two daughters of Daniel Haley and his 2nd wife Nellie Hennesey. Honora Elizabeth Haley (born in 1886) is on the left and Margaret Francis Haley (born in 1888) is on the right. Family members recalled that stepmother Annie was mean to Haley’s son Frank, so he was sent to be raised by his Aunt Mag Haley in Little Rock, Arkansas. Circa 1895 photograph courtesy of Margaret Junker and the Cottage Home Neighborhood Association.

In 1894 Anna (Corrigan) McCarty married the widower Daniel Haley, an Indianapolis policeman, who moved in with his three children (two are pictured above in this ca. 1895 photograph). Despite the earlier sadness, Daniel’s grandchildren shared their fond memories of the house as they remembered it in the late 1920s and ’30s. The backyard had a two-story red barn where Anna kept chickens. Most of the cooking was done in the summer kitchen that was attached to the back of the house. The inside kitchen had a huge coal stove and no sink, so water was carried from the indoor bathroom, one of the earliest on the block (they also had one of the first telephones in the neighborhood). The front rooms, where they played with their many dolls, are remembered as quite elegant with dark green and red wallpapers and carpets and old horsehair furniture. (The building seen to the left, then a house, has been a tavern since the early ‘teens known as Anackers, the Mahogany Bar, a.k.a “The Hog,” May’s Lounge, and most recently the Dorman Street Saloon.) 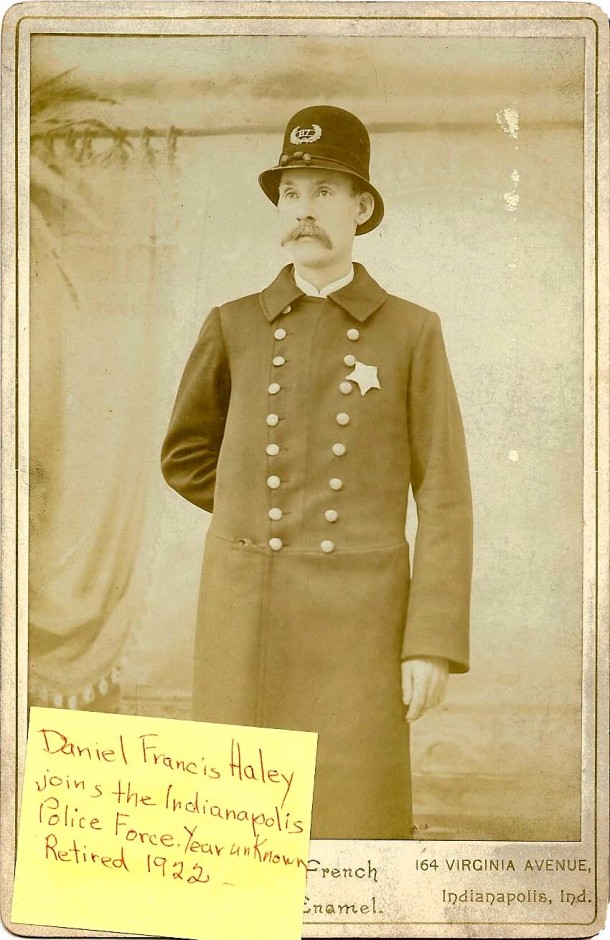 Haley, a Roman Catholic whose father immigrated from Ireland, was one of many Irish policemen and firemen in the area. The Haleys attended the old St. Joseph’s Catholic Church and School on N. College Avenue and E. North Street. 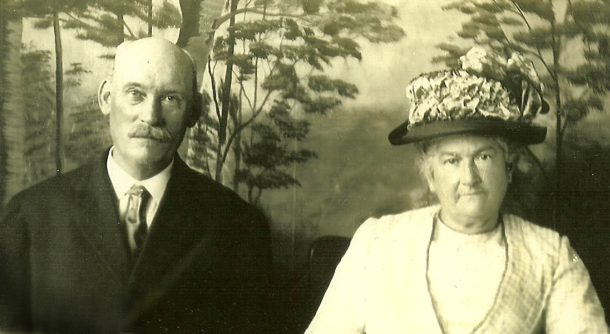 Anna and Daniel resided in the house for the rest of their lives and family members owned the house until 1946. At that point, grandchildren felt that the neighborhood was becoming run-down when “lower class Southerners” started moving into the area and older German and Irish residents moved east or north of the city. 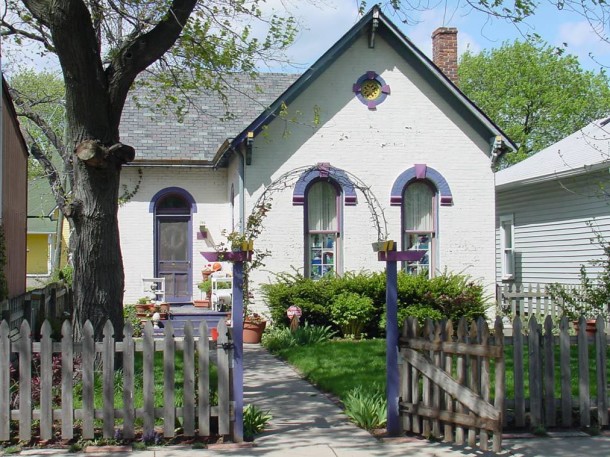 After 1946 the property changed hands many times but has been owned by the same family since the early 1990s. Bright colors, a picket fence, and landscaping make this home one of the most interesting on the block. 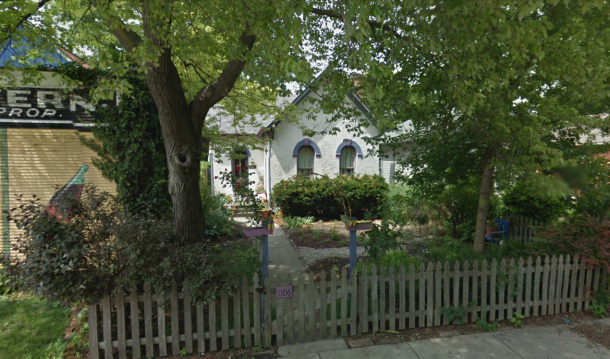 This Christmas season is a perfect time to document your family’s heritage by sitting down with your oldest relatives and recording their stories and writing the identification (full names, dates, and places) in pencil on the backs of photos. Then contact the Indiana Album Project to share scans of the Indiana images of houses, churches, schools, businesses, or other scenes or people of general interest. We can bring our scanner to you so the photos will never leave your home. As in this example, a copy of your ancestral home would thrill the current residents and add a small piece to our city’s history.