This view from 1910 shows the Vienna Flats, a 3 1/2 story brick, steel, and concrete apartment building constructed on the northeast corner of E. New York and Alabama Streets in 1908. Brandt Brothers and Company constructed the building for real estate developer and former shoe store owner George W. Brown. The flats had twelve residential units with businesses in the basement, including the New York Tailors. In the early 20th century, flats usually had four to seven rooms with a kitchen, while apartments of two to three rooms did not include a kitchen. Newlyweds often lived in flats before purchasing their own houses, as did retired couples or widowers wishing to downscale yet retain private living spaces. By the 1920s, the distinction between flats and apartments blurred and they were primarily known as apartments

Other than the loss of the domed ornamentation on the southwest corner, today the building is largely unchanged from the front.  A multi-story addition to the north was completed in the 1980s and the block was revitalized with the opening of O’Malia’s  Food Market (now Marsh) in 1986. 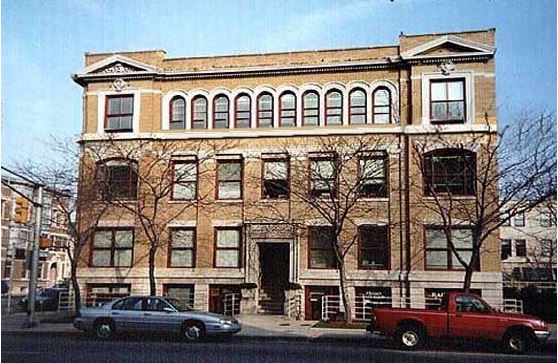 Read about another building previously located on this block: the Hyde School.