With deepest thanks to Jeff Congdon for the generous donation of a scanner.

Without the immense contributions of the Jewish community throughout Indianapolis history, the city would not have become the place we currently know, love and enjoy. Indy’s Jewish community touched every stripe of retail establishment,  charities, art,  architecture and everything in-between. The city would present an unimaginably different visage today.

And while a number of buildings of those former retail palaces still stretch across Indy’s skyline, and charities continue to further their missions, there are some ghostly corners of the city show no discernible trace of a once-flourishing existence in 2014.

The nondescript southeast corner of Delaware and 10th Streets is passed thousands of times each day. Doubtful the average passerby would even be able to conjure a vision of the place. It has become a forgotten space, as is the all-too-often the fate of city land that lost its one-time adornment. 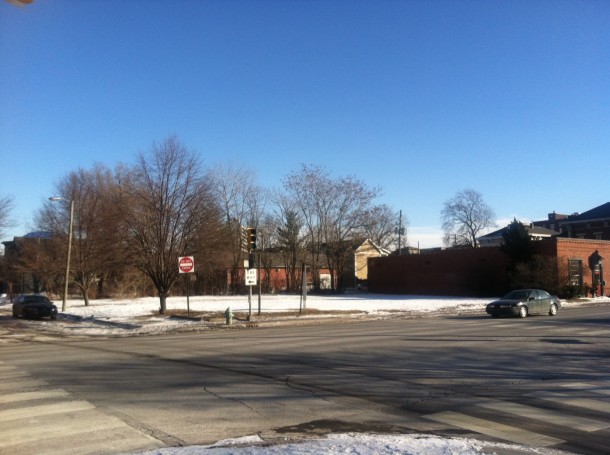 But 100 years ago, the property on the corner bustled with activity, as members of the Indianapolis Hebrew Congregation fed their souls and determined the direction of their futures. 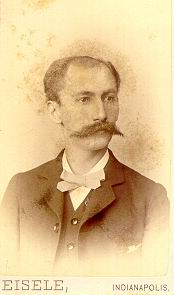 The average Indianapolitan worth his salt knows that beloved author Kurt Vonnegut’s father and grandfather were architects who greatly shaped the look of many an Indianapolis block, but they’d likely be hard-pressed to name any building (beyond, perhaps, the Athenaeum) associated with the Vonnegut name.

Vonnegut and Bohn formed an architectural firm and partnership in 1888, working together until 1908, when Bernard Vonnegut died. Kurt Vonnegut, Sr. had joined the firm by the time of his father’s death, and the firm continued to labor–name unaltered– for a time.

In their twenty years working together, the original duo was not only responsible for Das Deutsche Haus (now the Athenaeum), but also designed the Pembroke Arcade, the John Herron Art Institute “museum building” (now part of Herron High School), and lavish private residences.

The firm of Vonnegut & Bohn also designed the Temple of the Indianapolis Hebrew Congregation which stood on the southeast corner of Delaware and 10th Streets. 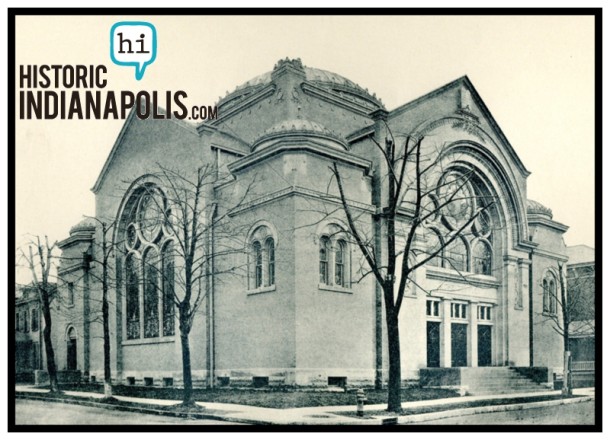 The Indianapolis Hebrew Congregation was (and still is) a progressive congregation–so generous and inclusive, that they allowed services of the Meridian Street Church, St. Paul’s Church and Plymouth Church to take place here when their buildings were destroyed (prior to 1910). Since services for the home congregation were on Fridays and Saturdays, the temple was available to be used by others on Sundays. Through the congregation’s history, their Rabbis and members of the congregation have been indefatigable in their contributions and generosity to the Indianapolis community.

The cornerstone of this temple was placed on June 5, 1899 and it was dedicated on November 3, 1899. The congregation worshipped there until they moved to their new synagogue on North Meridian in 1958. (What happened between then and now will be a feature for another day.)

It is doubtful that anything half so beautiful inspiring will fill this saddening void again.

What would you hope for the future of this space?