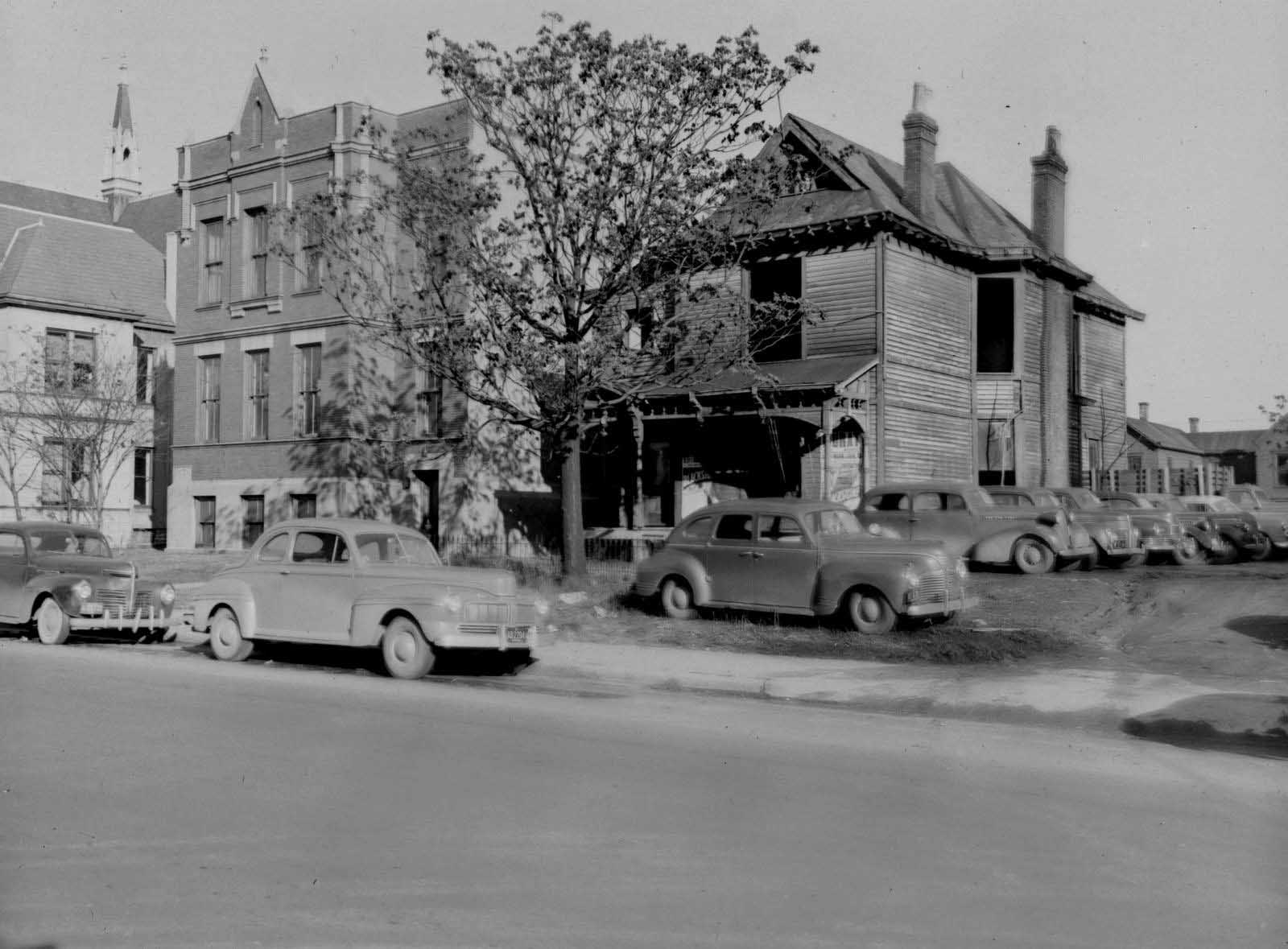 You’ve seen this view if you’ve ever exited onto N. New Jersey Street from the Lockerbie Marsh grocery store (still stubbornly referred to by longtime downtowners as O’Malia’s or even a weird mash-up of O’Marsh or Marshmalias).

This ca. 1950 negative was made by the Indianapolis Fire Department to document a forlorn frame house in the 300 block of N. New Jersey Street. It looks abandoned and many windows have been removed. A billposter took advantage of the porch walls to advertise local events. By 1956 the house was gone and I speculate that the firemen took this photograph before they did a controlled burn to demolish the house. North of the house is Saint Mary’s School. Saint Mary’s Catholic Church moved to the corner of E. Vermont and N. New Jersey in 1910 and placed the cornerstone for this building on October 23, 1910. The school was dedicated in 1912. (Indianapolis Fire Department, ca. 1950) 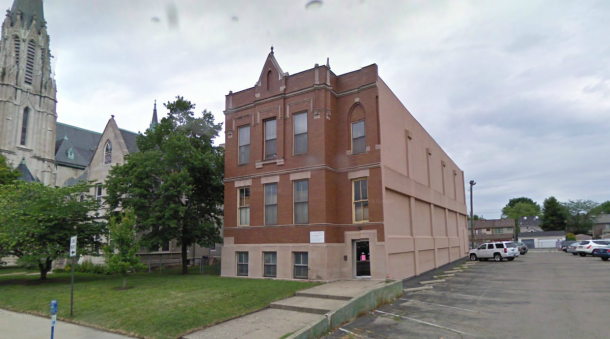 Today the old school is known as the Marian Center and it houses parish offices, an activities center, medical and legal clinics, the Latino Health Organization, and the Immigration Network. Since this 2009 Google image was taken, the building has been renovated and a sensitive addition to the south houses an elevator. The Marian Center celebrates its 100th anniversary this year. (Google Street View, 2009)