Due to Ralston’s original design of the city, Indianapolis has had a number of flatiron buildings. These triangular-shaped buildings were constructed where angled avenues bisect the city’s grid-patterned streets. One such flatiron block that has seen several changes is at the intersection of East Washington and Pennsylvania Streets and Virginia Avenue.

The grand Vance Block was built in 1875/76 by Mary J. (Bates) Vance, widow of merchant Lawrence Vance. Her money and entrepreneurial spirit likely came from her father, Hervey Bates, who was Marion County’s first sheriff. He was best known as a businessman and banker, and the owner of the well-known Bates House, at one time the city’s finest hotel. The Vance Block was designed in 1875 by architect William H. Brown. It featured an eighty-foot tower, the city’s first elevator, and an oolitic limestone facade carved by Gerhard Ittenback (whose descendants read Historic Indianapolis). An open atrium was lit with rooftop skylights. This view looks southeast with Washington Street on the left and Virginia Avenue on the right. Photographer John Pendergast made this rare photograph, half of a stereoview, in the late 1870s. (Heritage Photo & Research Services / Indiana Album) 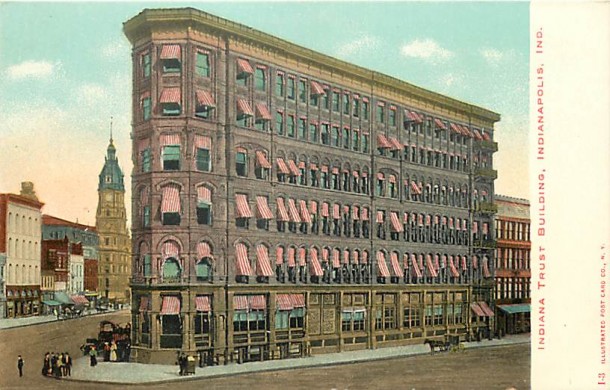 By 1895 the Vance Block was remodeled and became known as the Indiana Trust Building. The tower was removed to make way for two additional floors. Through the years the building housed numerous lawyers, architects, photographers, small shops, and Indiana Trust, which merged with Merchants National Bank in 1953. By the late 1950s Merchants had purchased the adjacent Pembroke Arcade and planned to replace both buildings with a new, modern structure.  (Pre-1907 postcard from the collection of Heritage Photo & Research Services / Indiana Album) 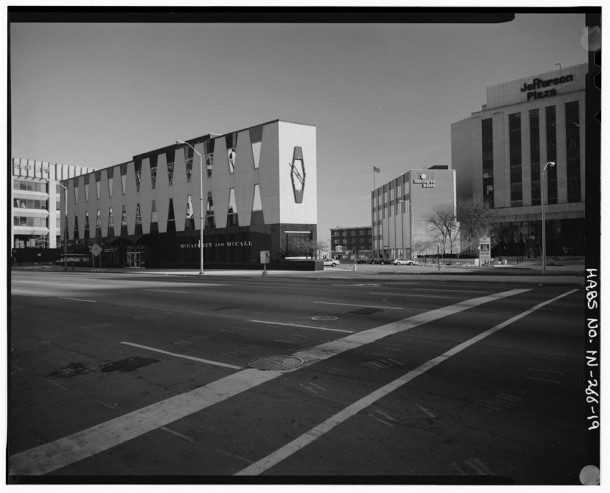 The new Merchants National Bank and Trust Company building, built 1960-1961, was the first drive-through bank in downtown Indianapolis. With the large trapezoidal windows, it’s easy to understand why this building became known as the Zipper Building. An architect who had occupied the old building expressed this opinion: “This new building is a monkey house. It’ll look like the whale’s teeth or a set of dominoes.” The modern structure was designed by Lennox, Matthews, Simmons & Ford, the same architects who later created the Indianapolis City-County Building. (Library of Congress / HABS) 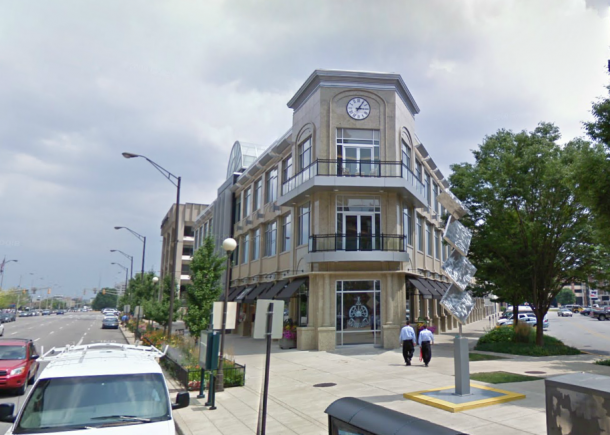 The modern design of the Zipper Building was not appreciated until it was gone. In 2007 the distinctive black-and-white exterior was stripped off and completely remodeled. Today it is known as the Broadbent Building and it houses the Brazilian restaurant Fogo de Chao and the Broadbent Company (a realty company). The change has received mixed, and mostly unfavorable reviews, as did the Zipper Building. One thing that remains from the Vance Block is a massive basement safe. (2009 Google Street View)