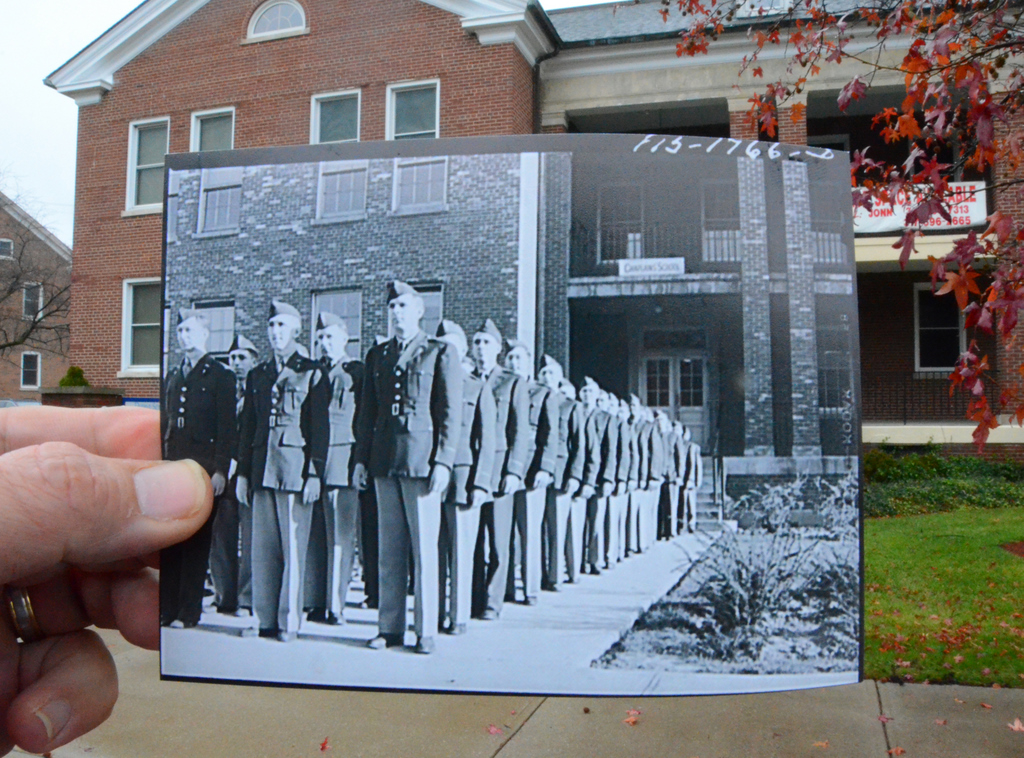 April 1942. Indianapolis was a training center for the war, and some interesting things happened at Fort Benjamin Harrison.
A photographer arrived and stayed for several days, documenting the daily lives of a group of Chaplains from multiple faiths as they completed their specialized training before graduation and heading to their assignments.

The first interesting point was the photographer. Jack Delano was a man of substance. As one of the Farm Security Administration’s staff photographers, Jack was receiving accolades for his “fine art” approach to his normal subjects of Trains, Transportation and Manufacturing Machinery. If you remember high impact photos of speeding steam locomotives from the 1940s, they are probably Jack’s photos. As a boy who worshipped trains as I grew up, Jack is a hero of mine. I find it interesting that he was assigned to photograph a subject that was completely different – rooms full of Chaplains talking with each other. He found ways to make them interesting – the mark of an artist. Later in life, you could find Jack in Puerto Rico as a composer and musician.

The second interesting point was that Jack was documenting a key moment in the history of integration of America’s armed forces. Looking through the library to find some photos with recognizable buildings, I saw something startling. When these were taken, the armed services were firmly segregated – except, apparently, for the Chaplain training classes that Delano photographed. The photos showed a mix of faces, all faiths and races, on classes and around the dining table. Clearly a peer group that was comfortable with each other. Some research revealed that official desegregation efforts in the military began in 1944, with full desegregation happening in the Korean War in 1952. This was 1942 in Indianapolis, and clearly this group was ahead of the curve.

These re-photographed images were taken on graduation day, as the Chaplains were together for the last time before deployment. The big thrill for me was standing in the exact spot of one of my boyhood heroes, Jack Delano, in retaking these. 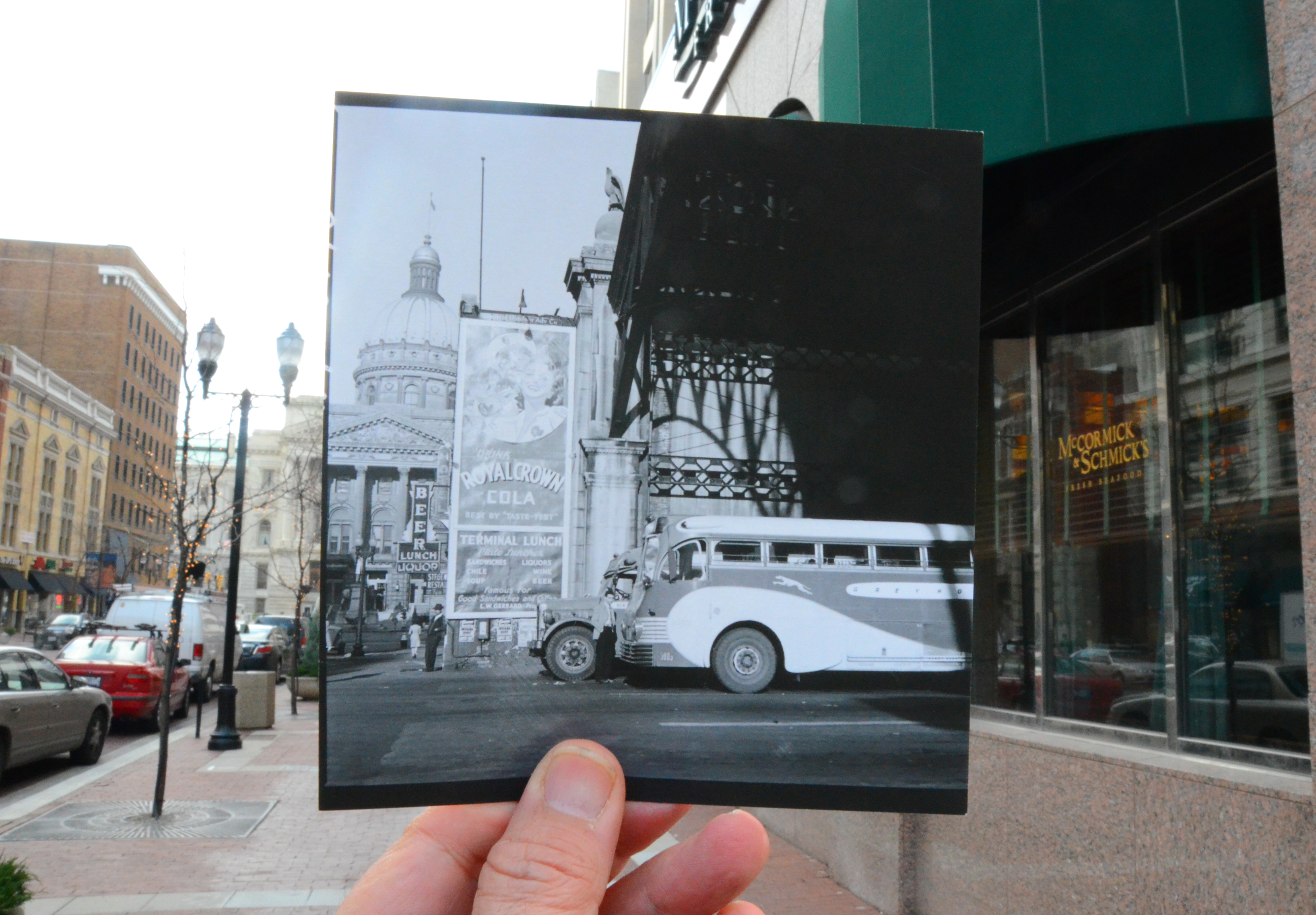 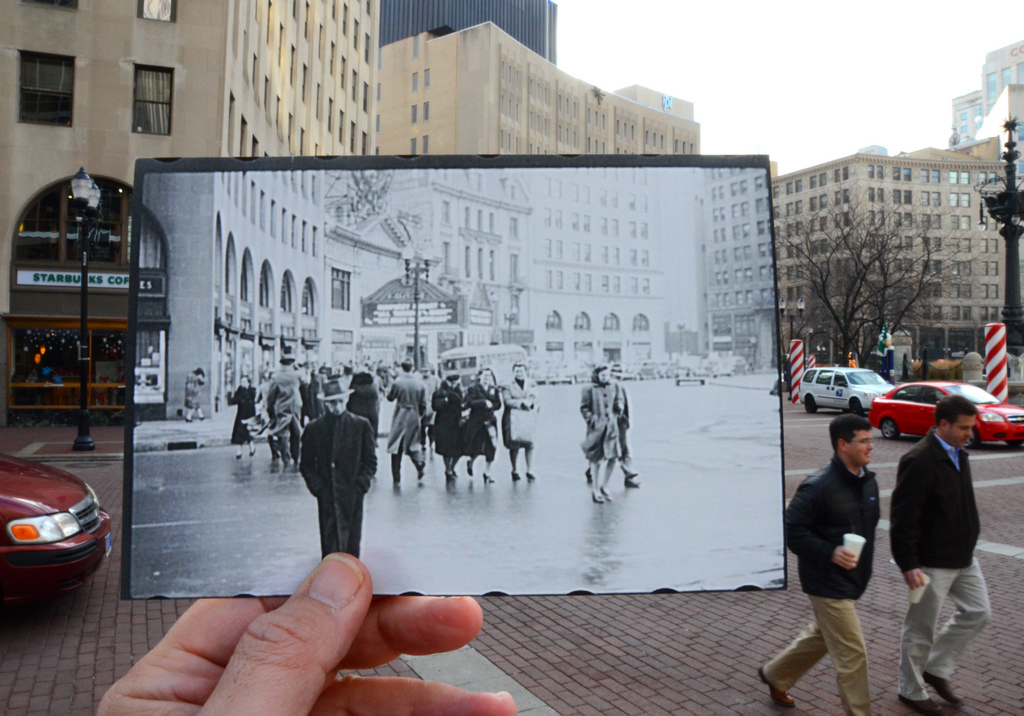 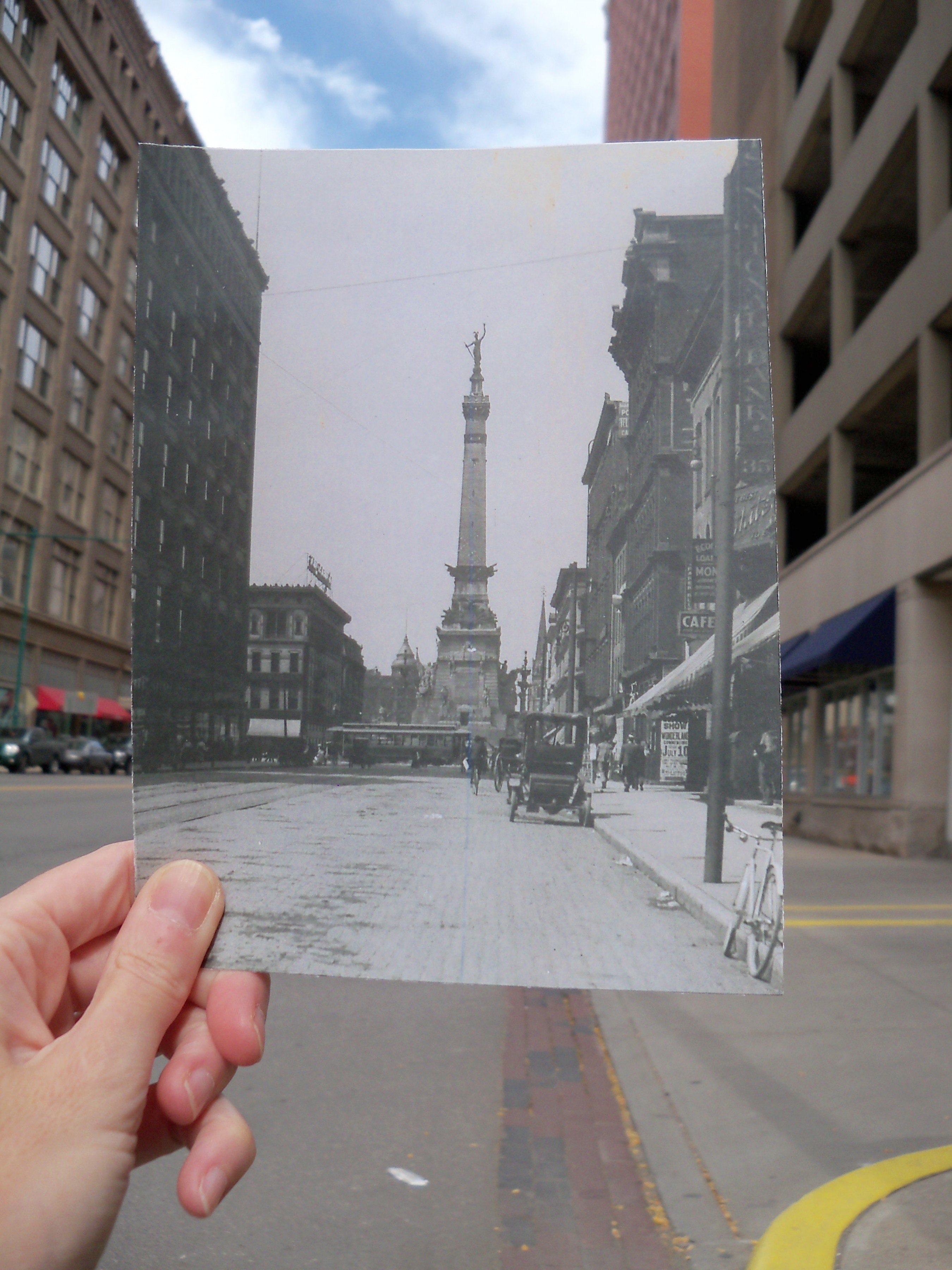 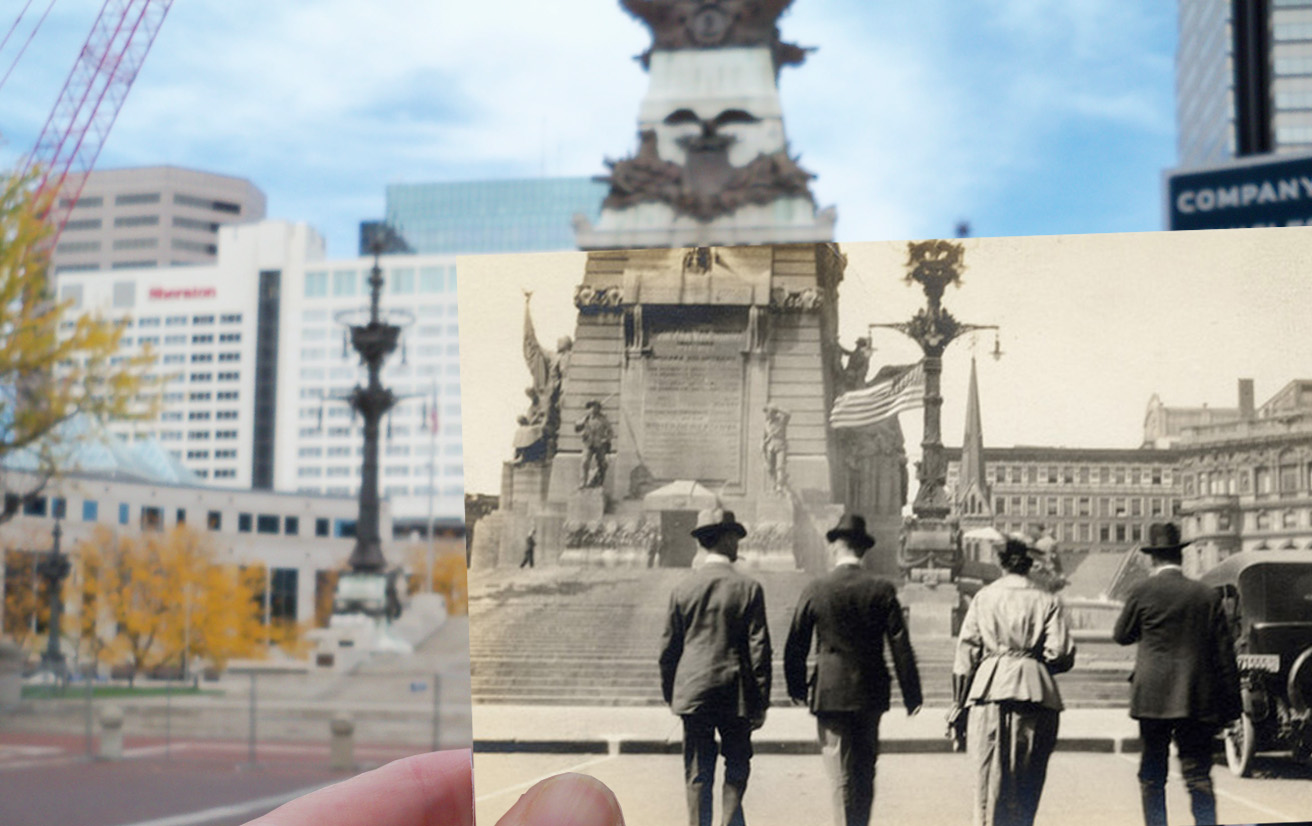 IndyView Revisited: A Stroll on the Circle