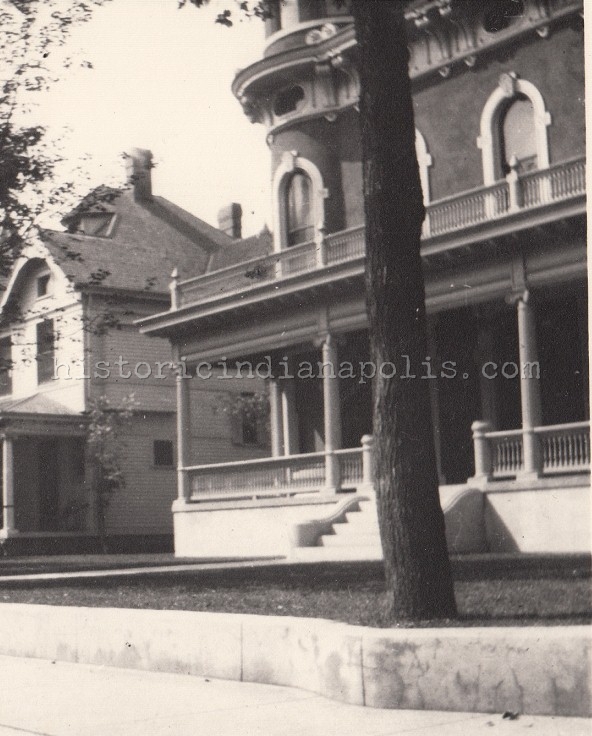 Some of us see the world from what might be considered an ‘unorthodox’ perspective. Every encounter conjures curiosities or questions about the connections awaiting discovery and evidence that all people, places and things are connected somehow.

I love stringing together events, places, people, past and present like baubles on an invisible necklace chain or a story without a beginning or end; these connections have become a magical game of ‘Connect the Dots’ for me. 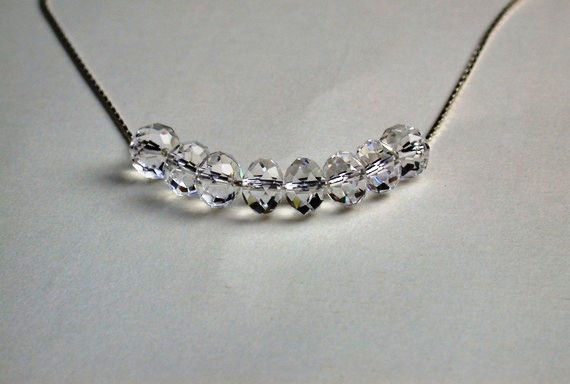 How did that start? I have always loved things from the past, which is why one of my dreams was to own a Victorian home. I realized that dream upon moving to my mother’s native Indianapolis; not knowing anyone here afforded countless options for how to proceed in getting acquainted with the city. In the first of an uncanny string of coincidences that let me know I was in exactly the right place, it turned out, my home was less than 2 blocks from where my mother lived until she was 8 years old. So, the whole ‘circle of life’ connection I felt to my neighborhood was considerable. The ‘love at first sight’ feeling with my house was equally palatable. She (my house is female) had all the qualities I was looking for save one (central a/c). So, I did what anyone in the throws of being smitten does: ask questions, explore, affirm and discover more reasons that this love and I were made for each other. I chose to reconstruct her proverbial diary by delving into the new world (for me) of research.

In the interest of saving time, let’s skip ahead to the amazing part. Turns out that I chanced upon something I absolutely loved: research. I always thought being a detective would be interesting, but when you have an integral connection to the story, ‘interesting’ doesn’t begin to do it justice. Turns out,  my humble abode witnessed the birth of an Indianapolis women’s club that lasted more than 65 years. And what was the name of this club? “The Women’s Research Club.” (insert sound of chin hitting the floor). 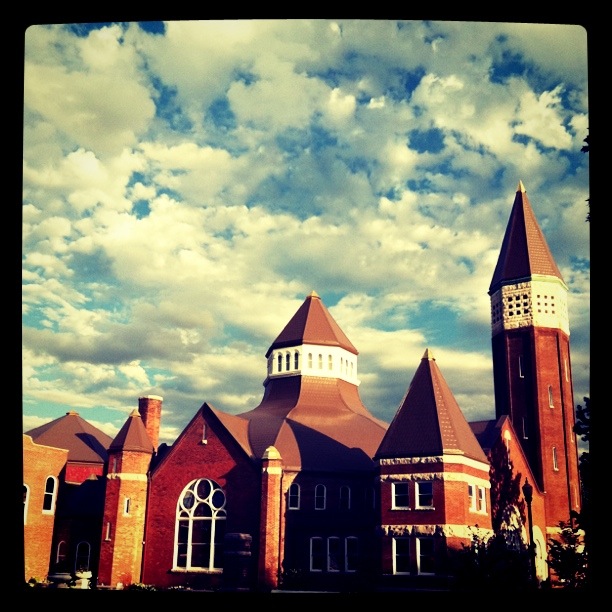 Though that club is no longer in existence, I found a number of articles and society page mentions about it. In 1934, The Indianapolis News reported that the Women’s Research Club would celebrate their 35th anniversary on November 19th at the Central Avenue M. E. Church. The News elaborated on the formation of the club, saying it was organized “in the day when the cultural club was just beginning to gain prominence, and when the organizer, Mrs. J. K. Jones, made the round of calls on prospective members in her carriage.”

The first meeting took place (in my home) on November 1, 1899 with 17 women nearly completing the club’s constitution by the time the day concluded.

Noted among the club’s accomplishments: the group sewed for the flood sufferers of 1913; supported two French orphans during the war (WWI); sewed for the Belgian sufferers; entertained sixty soldiers from Ft. Benjamin Harrison with a Christmas party and sold $31,000 worth of Liberty Bonds. The club motto:

“Books are at once our masters and our servants. But they are unobtrusive.

They wait for our moods and leisure:

They become to us like persons that have pulse and voice.

We feel more acquainted with authors two hundred years dead, than we do with our daily companions.”

I must admit: I often feel that way myself. Cue the “Twilight Zone” theme. 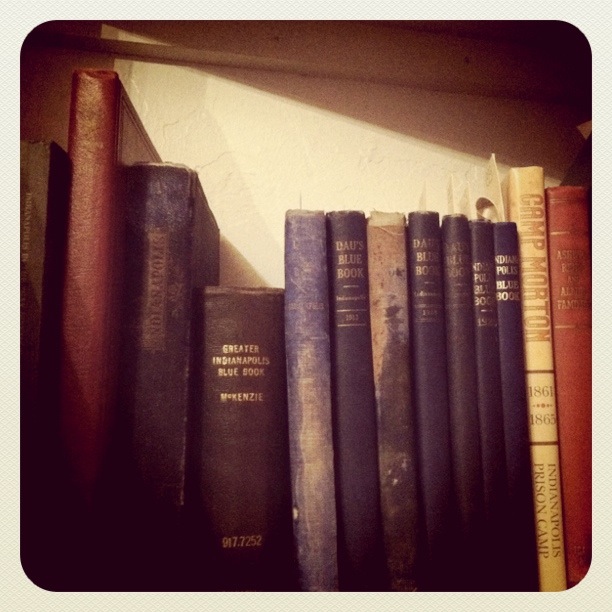 The creation of a Women’s Research Club in my dining room seems serendipitous, at least, and reaffirms my path and passion for research. This knowledge increases my feeling of connection and love for my home, neighborhood and city. I can’t help but marvel when I find newspaper mentions of things like John Hampden Holliday giving a talk to club members in my house; or famed author, Meredith Nicholson.

There is certainly some kind of echo in the world of connections to find that when I visit my friend Joe in Old Northside, I retrace the steps of Mrs. Jones, visiting fellow founding WRC member, Mrs. Dalrymple; or when one of my closest girlfriends, Lakisha, visits me or I her, we again follow in the steps of former mistresses of our respective homes and fellow WRC members all these decades later. 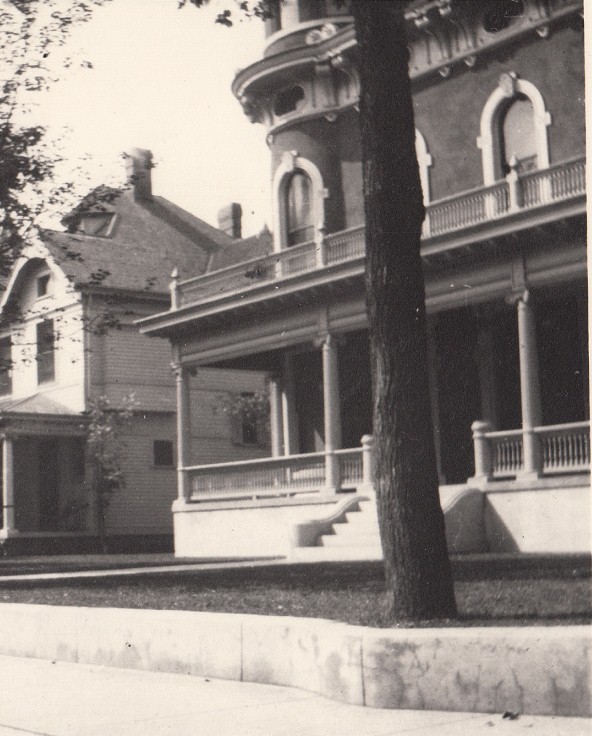 Above, Former home of Mrs. Dalrymple and scene of many Women’s Research Club meetings

Alas, finding information on the club has been limited—the Lilly Library at Indiana University in Bloomington luckily had the Mrs. F.T. McWhirter collection, replete with years of club programs, but the last newspaper mention unearthed relating to the club was in 1964, as preparations were made to celebrate the club’s 65th anniversary.

And here is where I want the similarities to end—for much longer than 65 years, I hope people find inspiration in the stories of Historic Indianapolis! 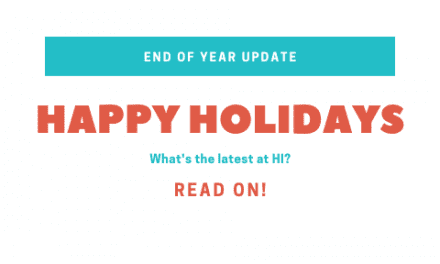 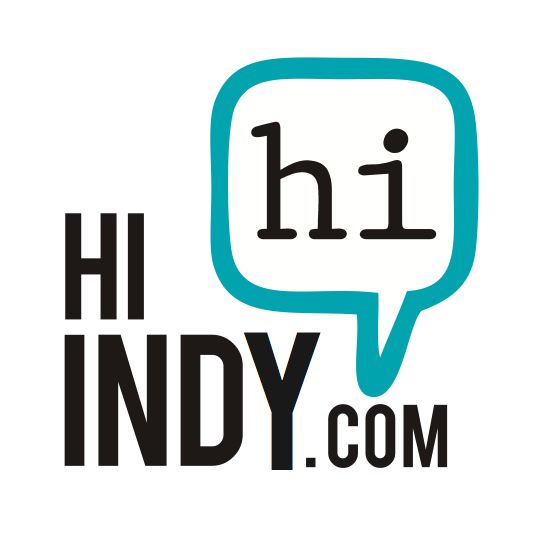 Behind the Scenes at HI 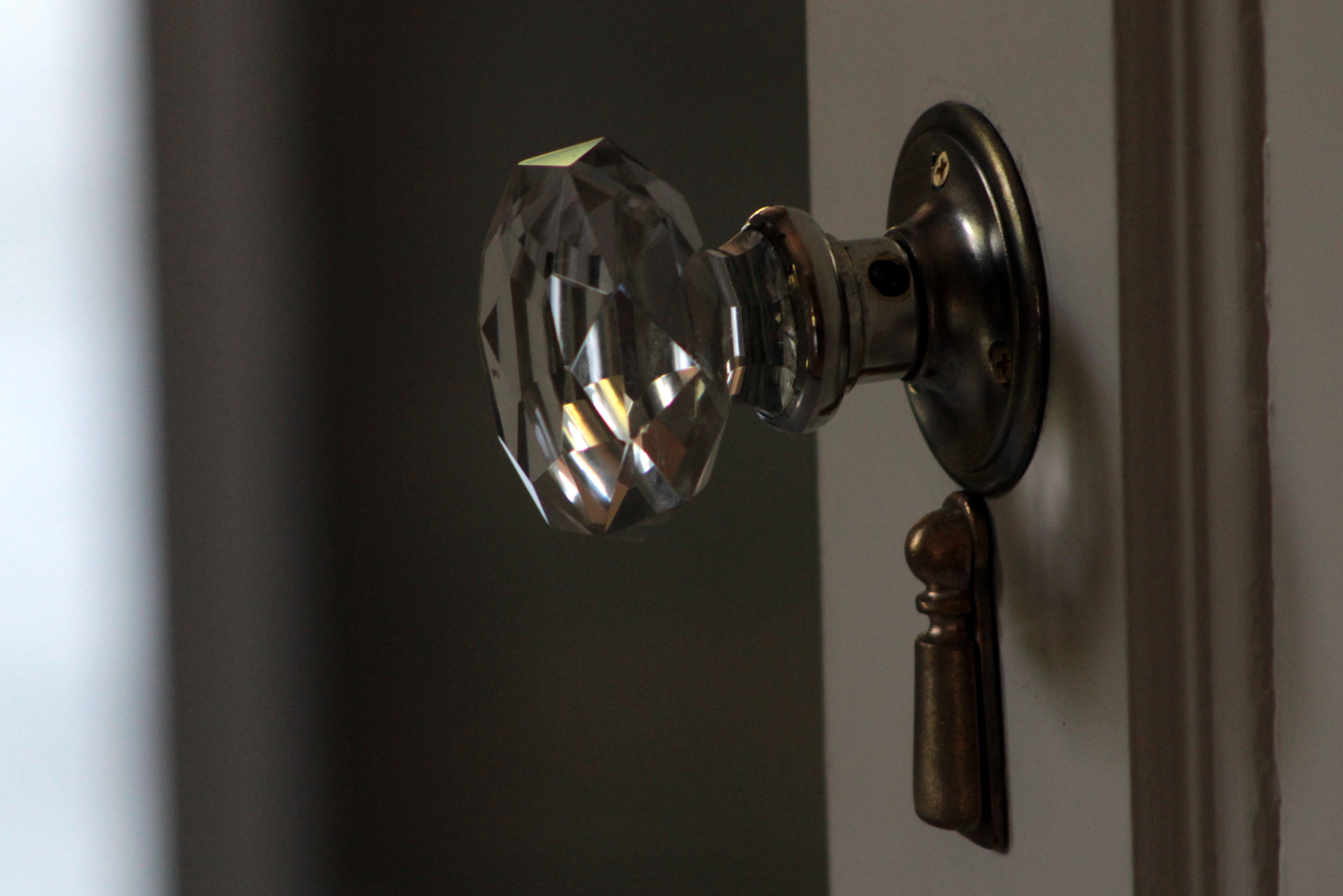 Behind the Scenes at HI: Optimistic Talk 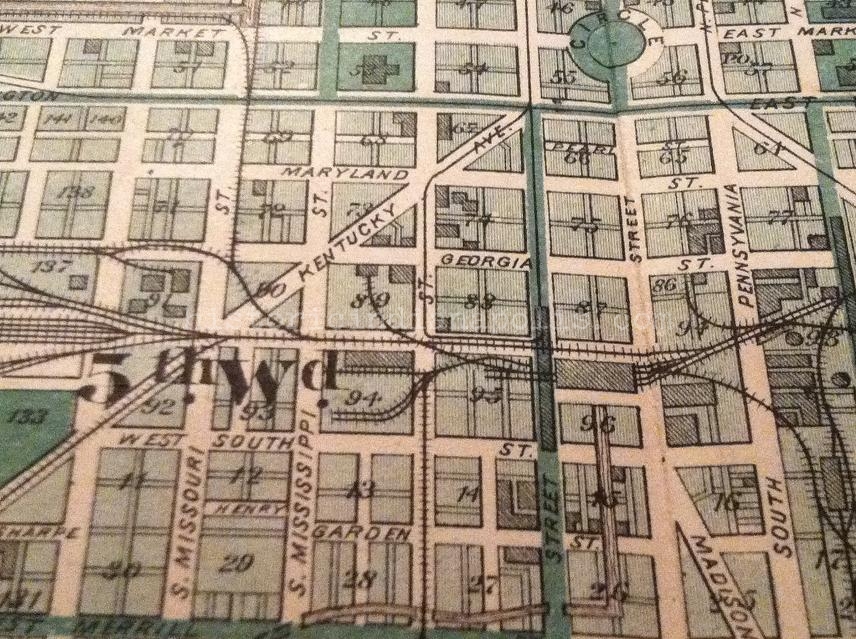 Georgia on My Mind: An Opinion