From collection of Thomas Brown, one of our longtime faithful readers, comes this L.S. Ayres advertisement.

This is the very first “That Ayres Look” advertisement that ran in Vogue, March 15, 1936. The featured suit, a sophisticated number by noted designer Elsa Schiaparelli, whose designs were inspired by the movement in the art world of the time. Artists such as Picasso, Braque and Mondrian were inspirations to her; she was a contemporary of Coco Chanel.

Schiaparelli’s career emerged in 1934 and the designer retired in 1953, after making a huge impact on the world of fashion–tailored suits with small waists and padded shoulders among some of her most popular looks. The campaign continued in the New Yorker, Vogue, Harper’s Bazaar, and Town & Country magazines until 1983 when Ayres fashion guru Beverly Rice left the company. 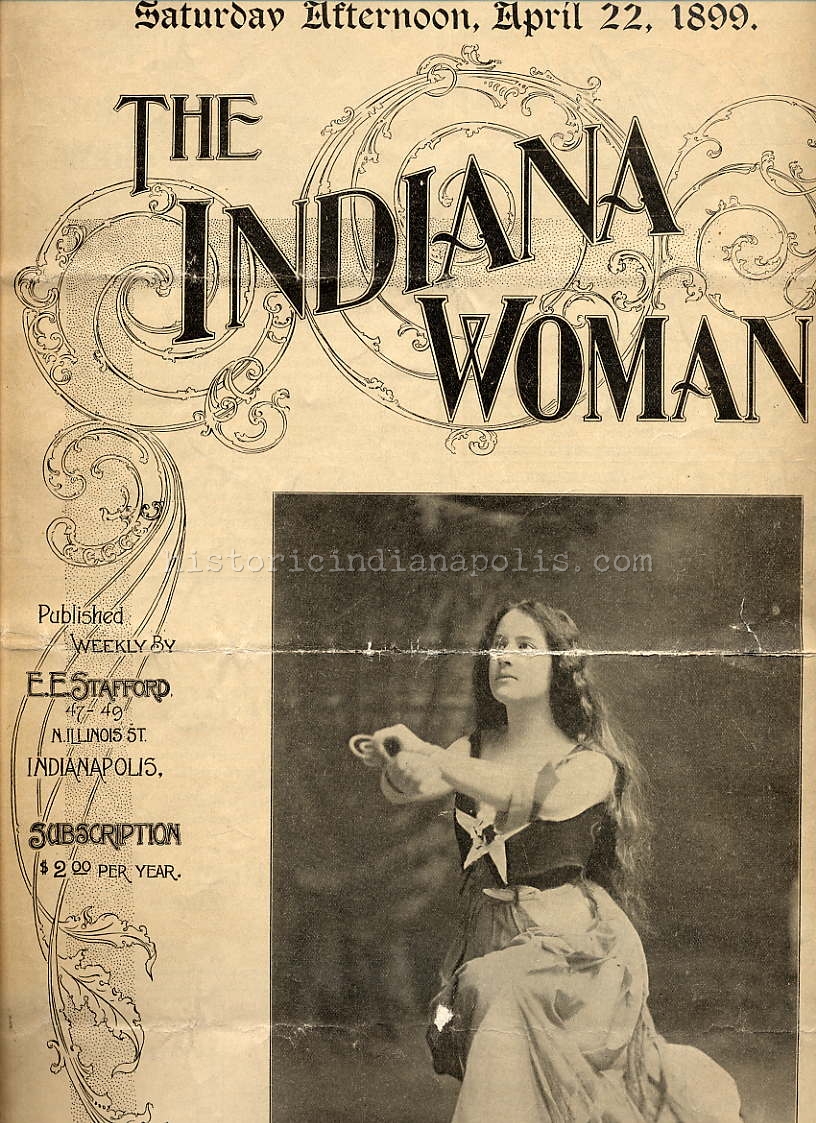 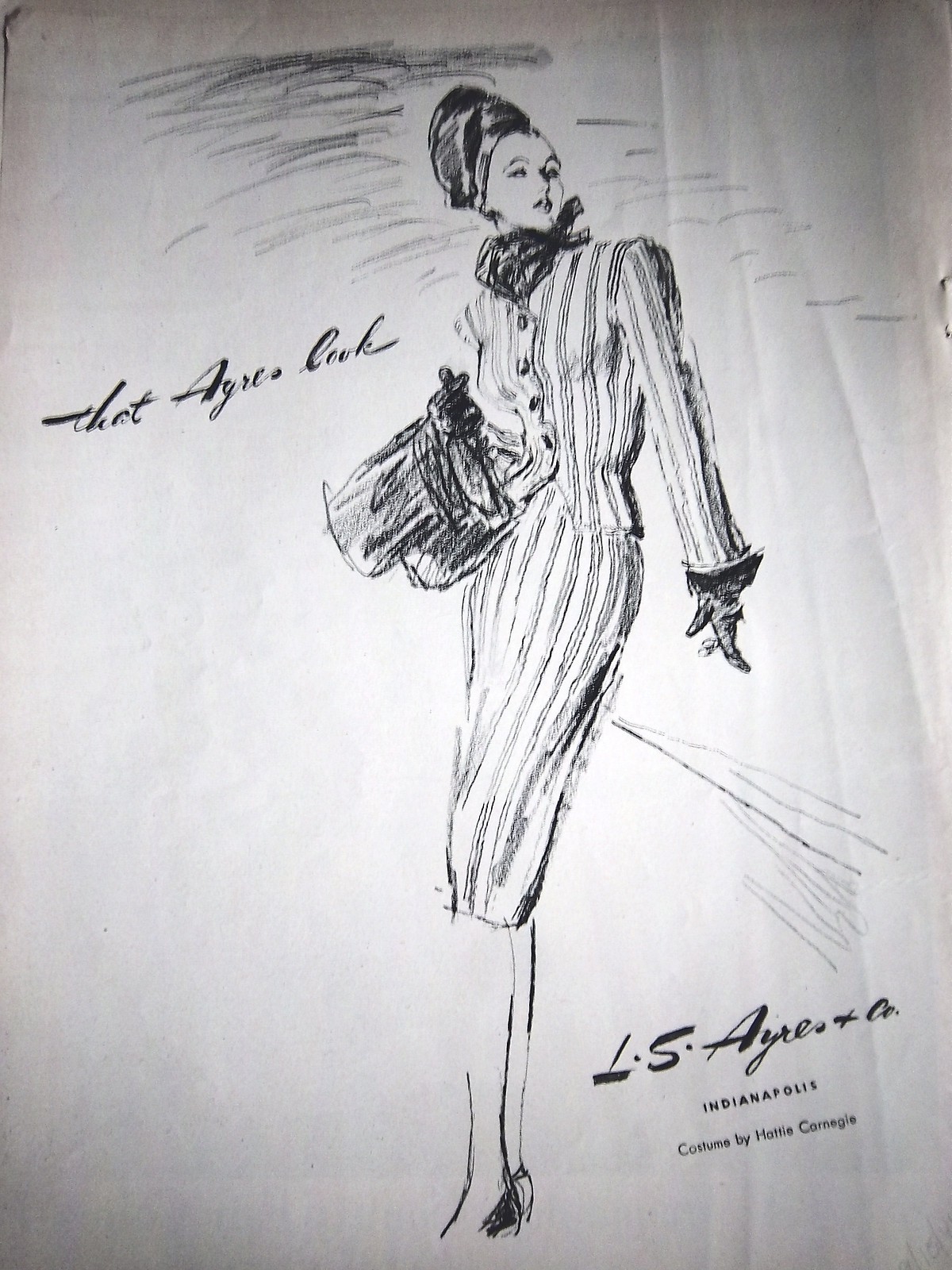 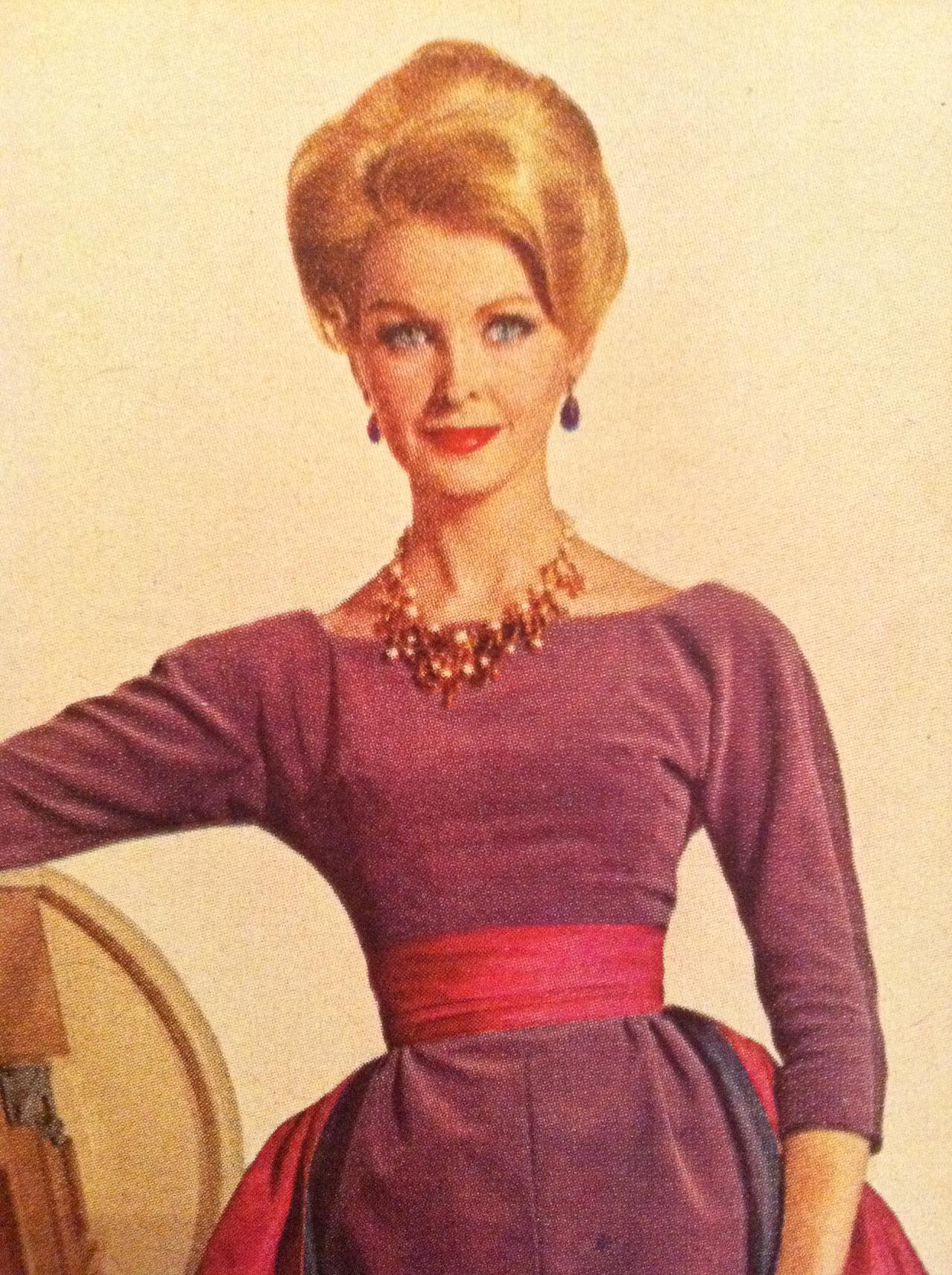 Ladies Lounge: Up-Do’s For You 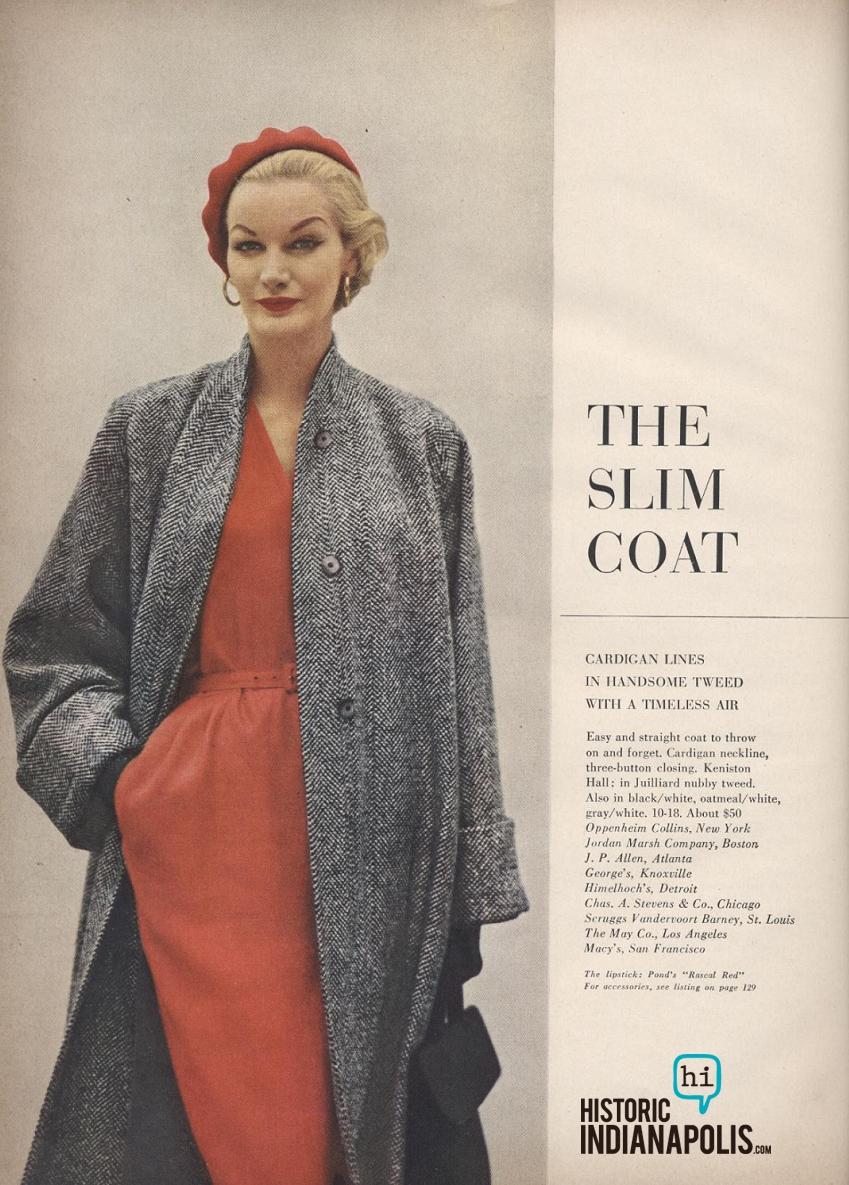