Live from the Old Northside: An interview with Paul Smith 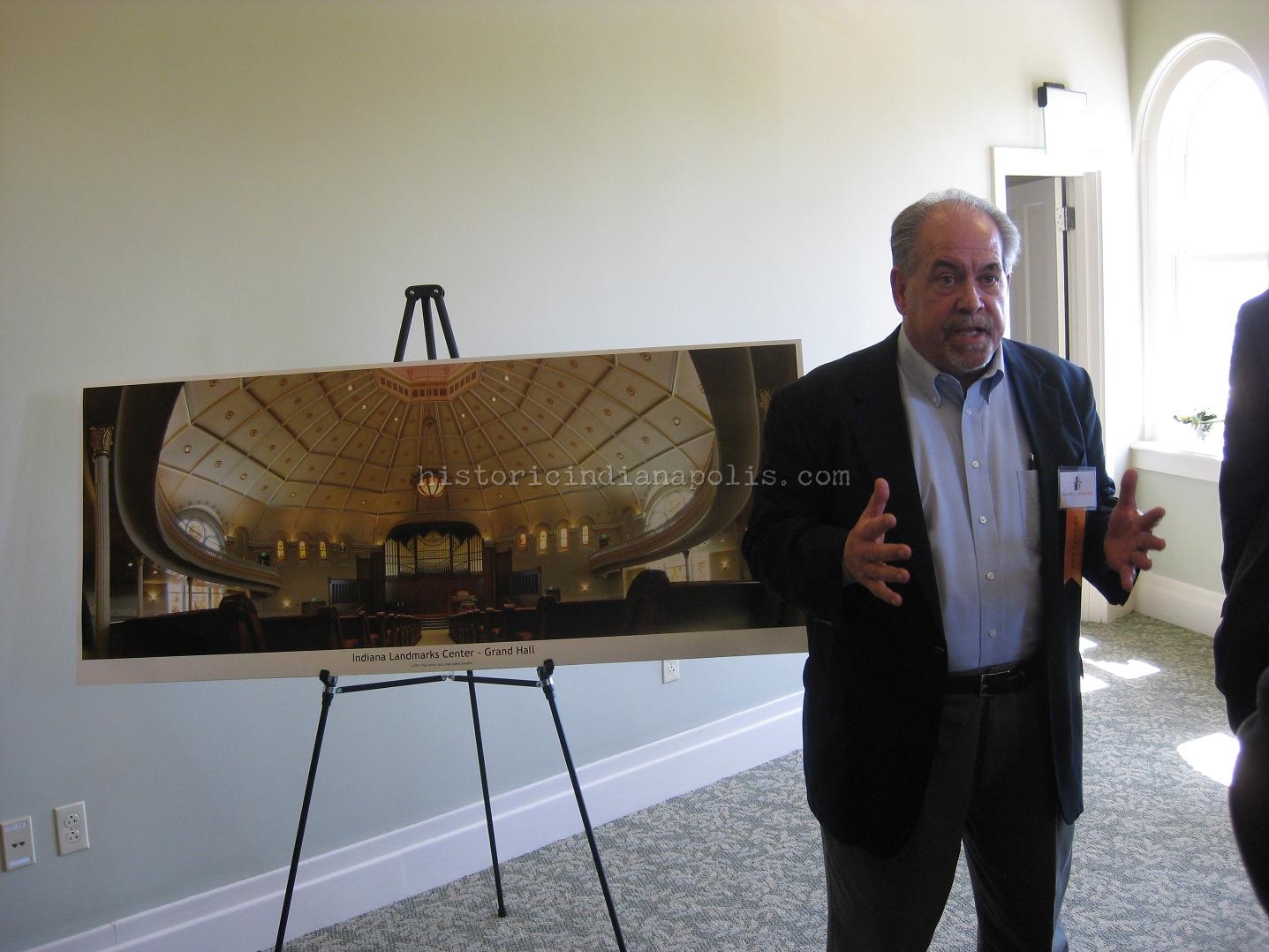 I can think of no grander or more relevant event since I moved here in 2003, than the upcoming WOW weekend at the new Indiana Landmarks Center. With that in mind, I wanted to check-in with a few of the longtime residents of the Old Northside about this momentous occasion to gain some local perspectives. 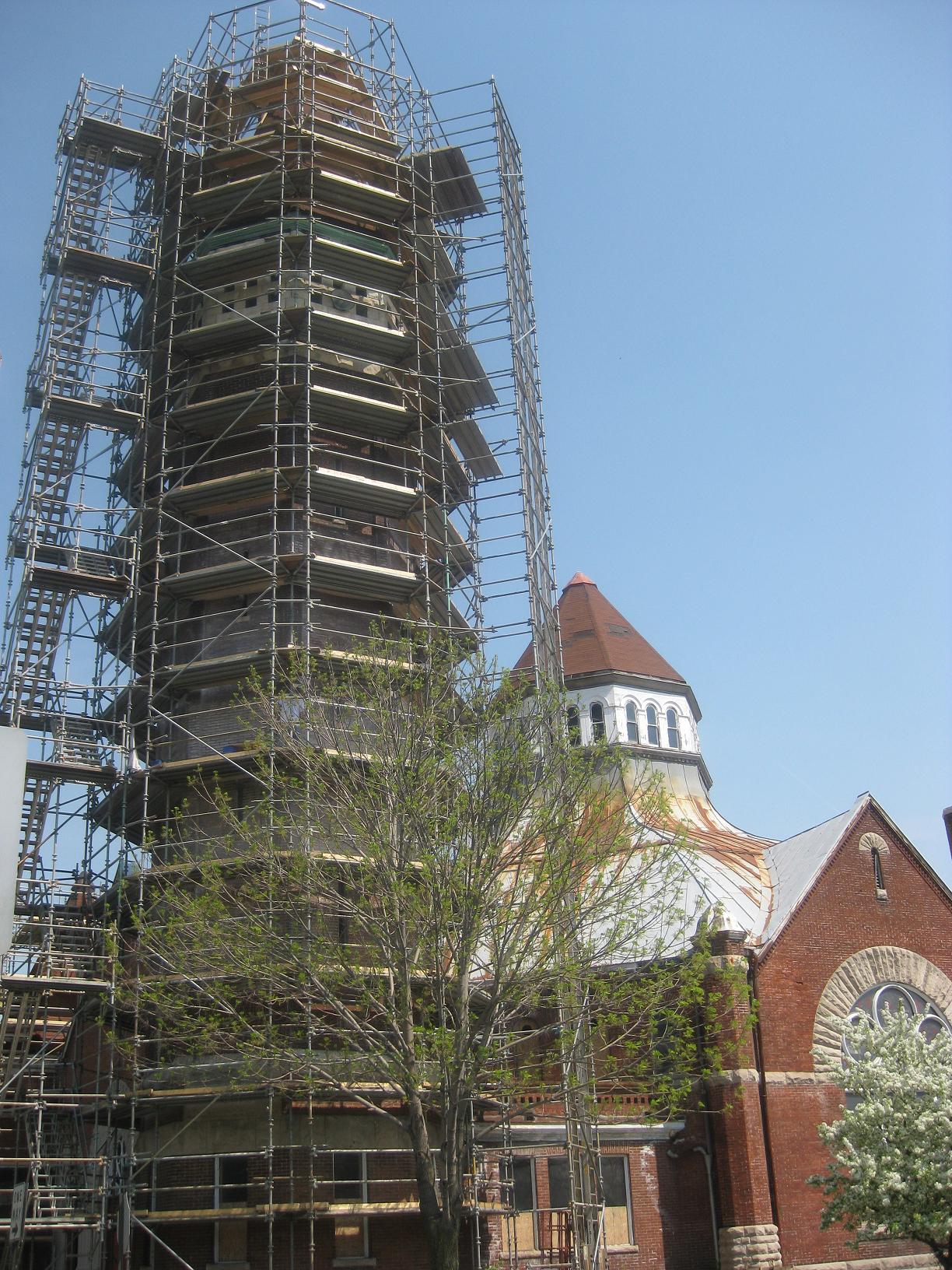 First up, we query Paul Smith, a resident of the Old Northside since 1977 and a board member of Indiana Landmarks. Paul has given so much of himself to the Old Northside neighborhood and the community at large. He is a kind, level-headed, gregarious, straight shooter–and lucky the community is to have benefited from his dedication and hard work. He is quick to point to the work of others, (and of course, there are others equally deserving of accolades), but we will start with Paul. “May I leave my corner of the world better than I found it,” is one of the mottos I live by, and it’s always gratifying to find others who share that worldview. If you run into or meet Paul Smith, please thank him.

Historic Indianapolis: How did you find out this project was a go?

Paul Smith: I found out that the project was a go in two parts. Part one was the Marsh Davis’ request to pay a visit at the Morris Butler House to meet with him, Mary Burger and Judy O’Bannon. The purpose of this meeting was to determine if the Old Centrum, Inc., would have an interest in seeing the old church developed as the new home of Indiana Landmarks. We, of course, did. The second part involved the “courting” of the Cooks to see if they would, in some way shape fashion or form, participate in the cost of the renovation. As it turns out, they did.

HI: Did you have any fears or concerns about the project?

PS: No, with the understanding that this project would go forward under the leadership of Indiana Landmarks and the fact that the notion had the full support of one of the two founders of the Old Centrum, Inc., (Judy O’Bannon) I had no fears whatsoever.

HI: What does the new Indiana Landmarks Center mean to you? The neighborhood? The city?

PS: The new Indiana Landmark Center means a great deal to me personally. It was the ultimate “collision of my worlds”. Having lived in the neighborhood with my wife, Karen, for over 30 years, having raised a wonderful son, Gabe, for his entire life into adulthood, having held many elected positions within the historic Old Northside, Inc., having been the Board Chairman of the Old Centrum, having been a neighborhood liaison to the Morris Butler House and lastly, having been long-time member and board member of Indiana Landmarks, it was a cosmic collision the likes of which I don’t know that I will ever personally experience again. 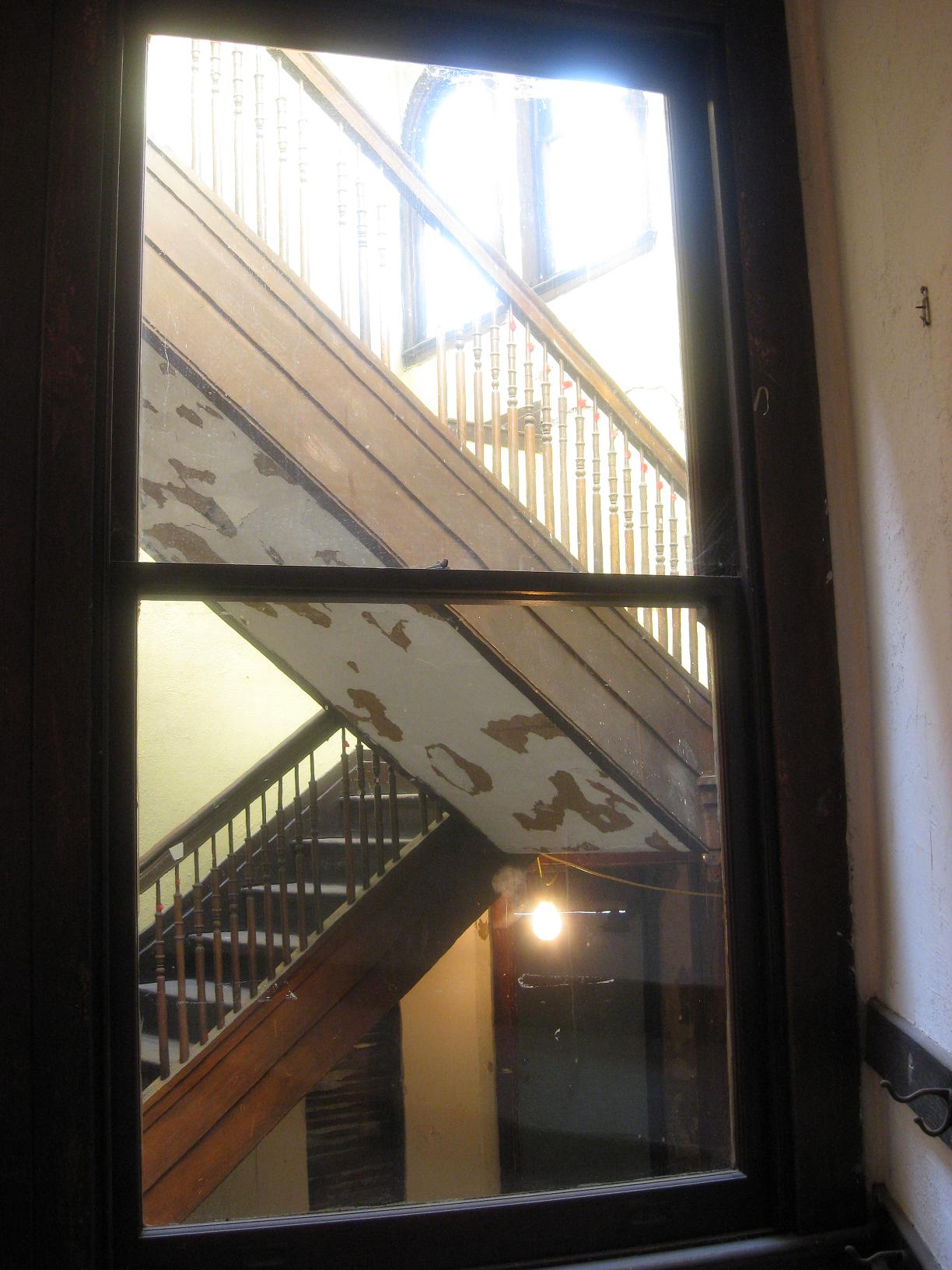 HI: What does the new Indiana Landmarks Center mean to the neighborhood?

PS: For the neighborhood, this project represents a multi-million dollar exclamation point for the decades-long efforts to revitalize the historic Old Northside. There is no way, in my estimation, that the Cooks and Indiana Landmarks would have made this level of investment into a neighborhood that was not worthy of it. Also, it represents Indiana Landmarks having come full circle with this neighborhood. In the 1970’s Historic Landmarks (Indiana Landmarks former name) and the Indianapolis Junior League were investing seed money into Lockerbie Square and the Old Northside. There is really something very cool about this particular turn of events.

HI: What does the new Indiana Landmarks Center mean to the city?

PS: We are fortunate to have the Indiana Landmarks based in Indianapolis. As one of the leading preservation efforts in the country, I think it speaks volumes that Indiana Landmarks is willing once more to recommit itself to the City with a project of this magnitude without the use of any public assistance. Indiana Landmarks has left its indelible mark on so many projects here including, obviously, its new home.

HI: What part of the restoration is your favorite?

PS: I’m torn here. I am tickled with all of it. The part that leaves me breathless is the meticulous manner in which the Cooks have attacked this restoration. The fact that they considered the organ restoration to be such a fundamental part of the renovation of the building is a real compliment to them. Their level of commitment cannot be overstated. 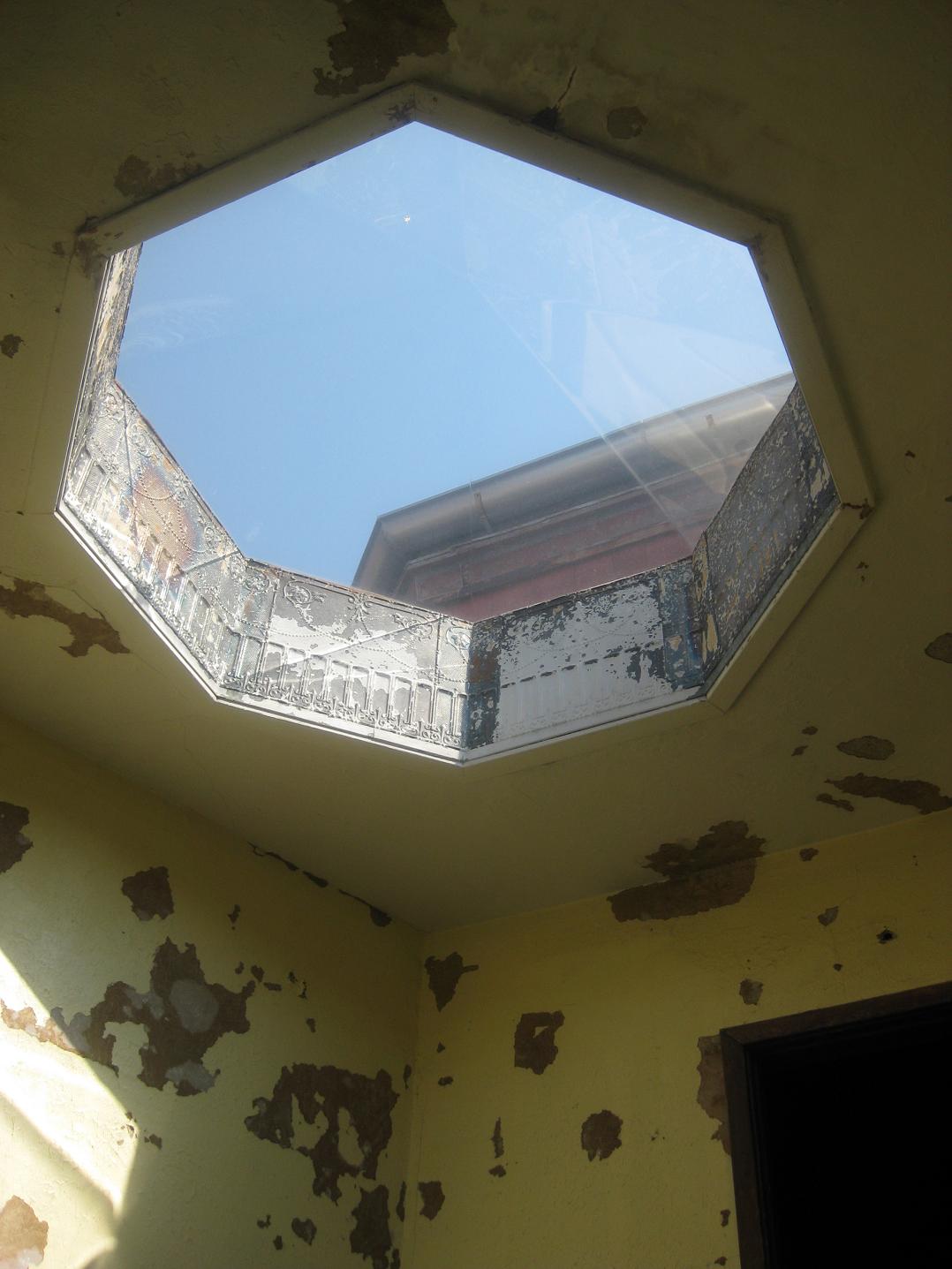 HI: What do you think people will feel when they enter this space?

PS: The initial reaction to the property is that people are going to be in “awe” of the degree of restoration. After the initial shock is over, I would hope that thoughts turn to an appreciation to the Cooks for having left this tangible legacy to Indiana Landmarks and through that association to the many historic neighborhoods in the downtown Indianapolis area.

HI: How do you think having ILC (the organization/business) in ONS will change the neighborhood?

PS: I don’t know the exact number of employees that will work in the building (30+, I’m guessing) once the move is made from the canal, but whatever the number, it will represent a huge source of energy relocating to that building. As ILC promotes itself and its new environs, it will, in fact, be promoting the Old Northside and the other historic areas in the near downtown. I think that ILC will make an immediate positive impact on the neighborhood (as if the renovation of the church hasn’t already). I hope that ILC and the Old Northside will be able to partner on a number of different efforts together.

HI: Any special way you will be celebrating this accomplishment?

PS: I intend to attend as many Opening Weekend events as I can, including volunteering on Sunday to help with the open house portion of the weekend. I want to share my unbridled excitement and enthusiasm for the project with anyone that I am able to get one on one with that Sunday. I want to soak in as much as I can to make this incredible event last as long as possible.

HI: What excites you most about the future of this property?

PS: That it now has a second chance. The Cooks have essentially delivered a 100+ year old “brand new” building to ILC. Additionally, ILC has pledged to endow a building fund that will help to make sure that this building never falls into disrepair again. We have a handful of major buildings left in the Old Northide that are going to need significant investment in order to save them. While I do not expect the Cooks to do anything with these, I nevertheless hope that we can catch “lightning in a bottle” a few more times.

HI: What is the next ONS property you hope to see restored?

PS: I think that I would like something positive to become of the old Metro Cab Company property on the west side of the 1500 block of Alabama. There is not much standing, just a few walls. A close second place would be the commercial building at the southwest corner of 16th and College. Thirdly, would be the old Quaker Church at the southeast corner of 13th and Alabama 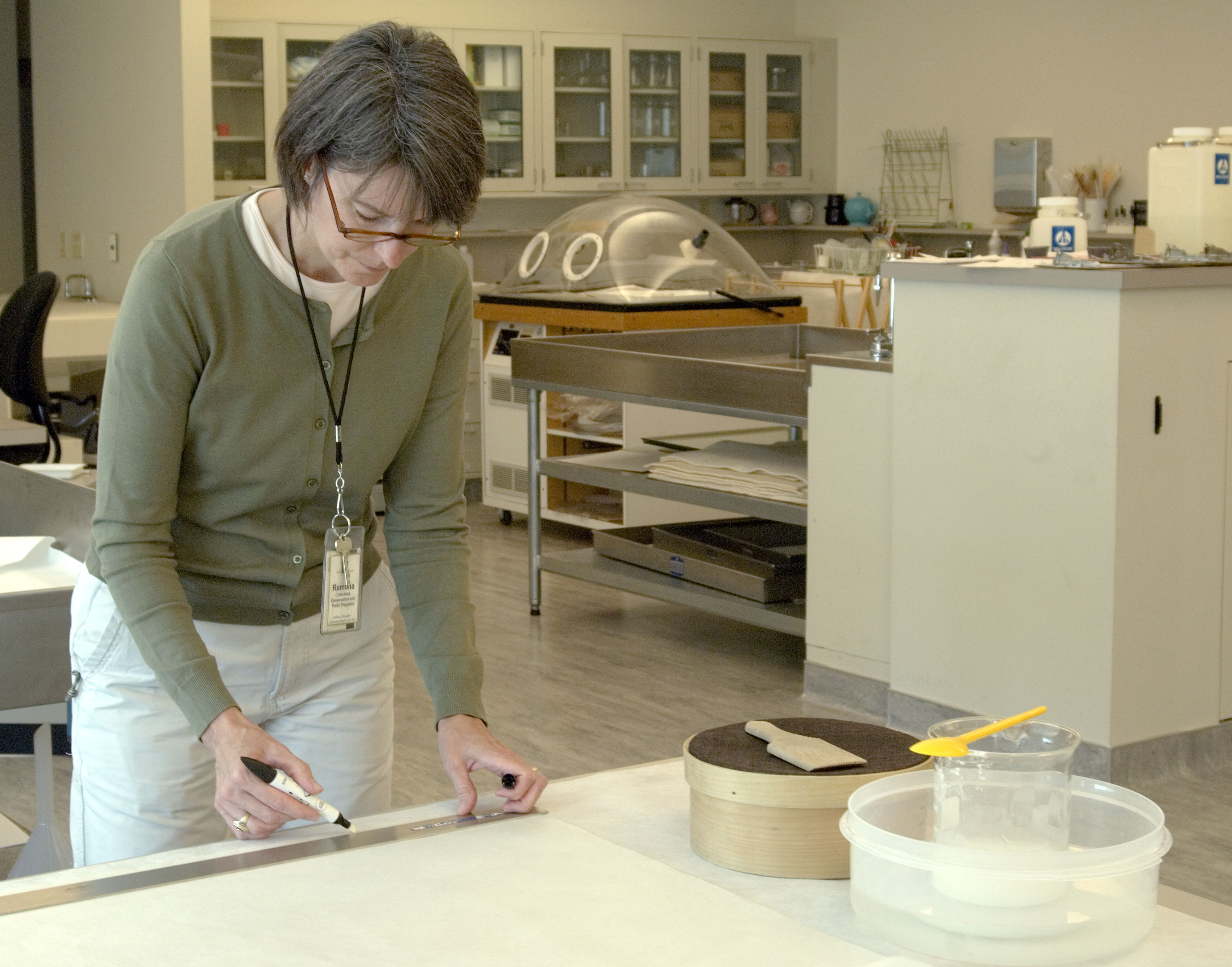 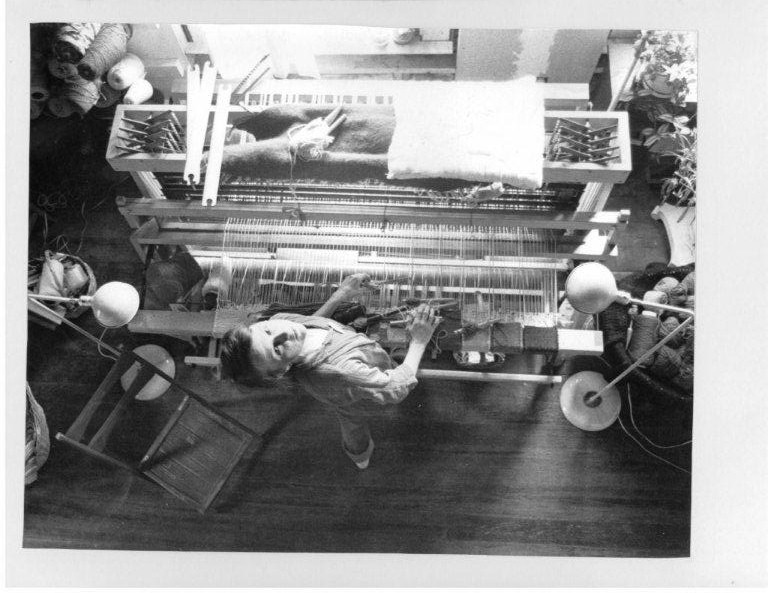 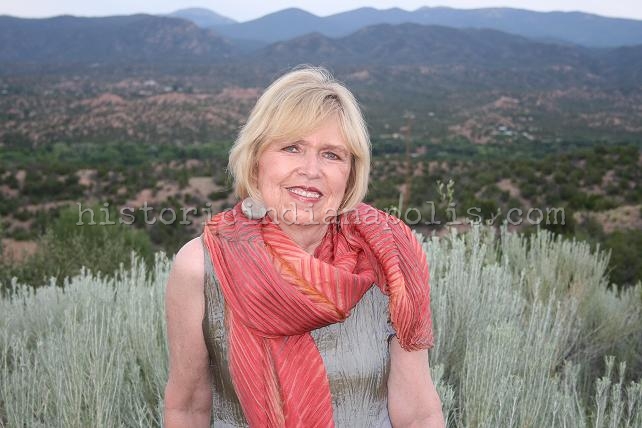