In June 1891, the County Commissioners decided not to build the new jail on the courthouse square. Commissioner Emrich had purchased the northwest corner of Alabama and Maryland streets, fronting 155 feet on Alabama and 202 feet on Maryland. He paid $54,500 for the property, from the Busche heirs, an insurance company, the Social Turnverein and Mary Z. Black.

Charles H. Sparks, the Pauly Jail building Company, of St. Louis, visited Indianapolis to submit revised plans for the new jail to the County commissioners. Sparks said the changes  would not detract from the architectural beauty of the building, like the towers, which will be retained. Commissioners were to advertise for bids in July, allowing six weeks for responses. Commissioners anticipated the building would ideally be under roof by January 1st.

The game plan included using stone from the low wall around the court house yard to save money.

Part of the site had been the site of one of the city’s earliest breweries, if not the first, but around 1866, the brewery was replaced with a “three-run-stone” mill, under D. W. Marmon. The stone mill was originally owned by Reisner Brothers, subsequently by Fred Prange, and at the time of the jail being constructed, the business had become that of Nordyke & Marmon.

In October 1893, the jail was nearing completion and expected to be ready for occupancy by November 1, at a final cost around $150,000, including the iron fence around it. There were 64 cells: 16 for women and 48 for male prisoners, and extra space for expansion of more cells in the future.

Obviously, innumerable bars were a key feature of the prison, made of multiple layers of iron and steel by the Pauly Jail Company. The jail interior was prefabricated in the company’s shops, each piece put together, fitted, marked and then shipped here and placed in position. 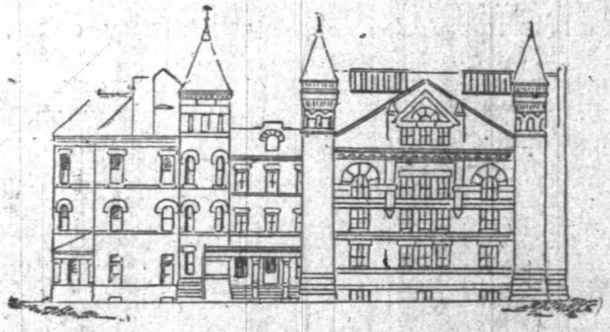 Each floor of the jail was outfitted with a bathroom and each cell had a stationary wash bowl with running water. Beds were suspended from the walls so they could be hooked up out of the way during the daytime. The bars were all at the back of the cells in the men’s department, and the doors were solid so that prisoners couldn’t see fellow prisoners when in their cell.

In 1957, when the prison population far outstripped the reasonable capacity of the old prison, there was clamoring for a new jail. Around the same time, the City-County Building Authority was making plans for the new City-County building, the intention was to include a new jail within the building, but further investigation showed that was impractical.

In the spring of 1958, preliminary plans were begun and architects were going to be invited to submit proposals. They were unsure of location: would it be constructed elsewhere, or the other option under consideration was to start building alongside the structure still standing and then subsume the site still occupied. In 1959, a $4,000,000 jail was being planned. Experts on jails at the time were surprised at the idea Indianapolis would keep the jail downtown, as the trend was to move jails to the outlying areas of a town. As discussions were ongoing about whether or not it would continue to be located downtown, there was talk of making the design somehow cohesive with the new City-County building.

In April 1963, renderings for the proposed 700-cell replacement to take up the half-block area between Delaware and Alabama on the north side of Maryland, were published. The sketch was prepared by the firms of Bohlen & Burns and McGuire & Shook, Compton, Richey and Associates. 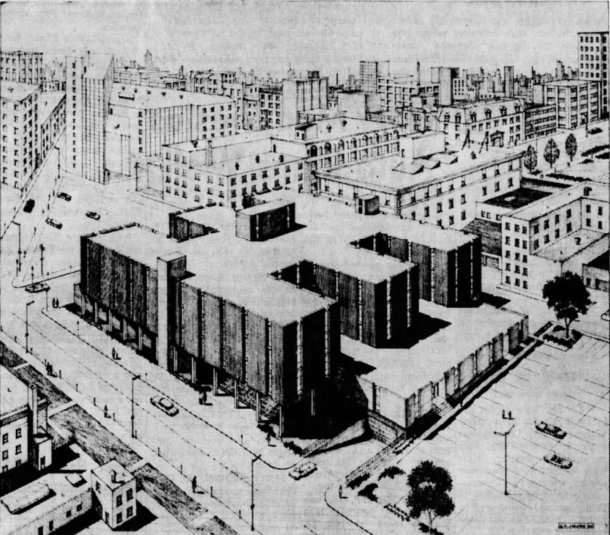 Building the new jail was not without its problems. There was a setback after excessive rain in the spring of 1964, and part of the foundation had to be re-poured. Also interesting is how, like the old Marion County courthouse, the new building rose in the shadow of the building it would replace. 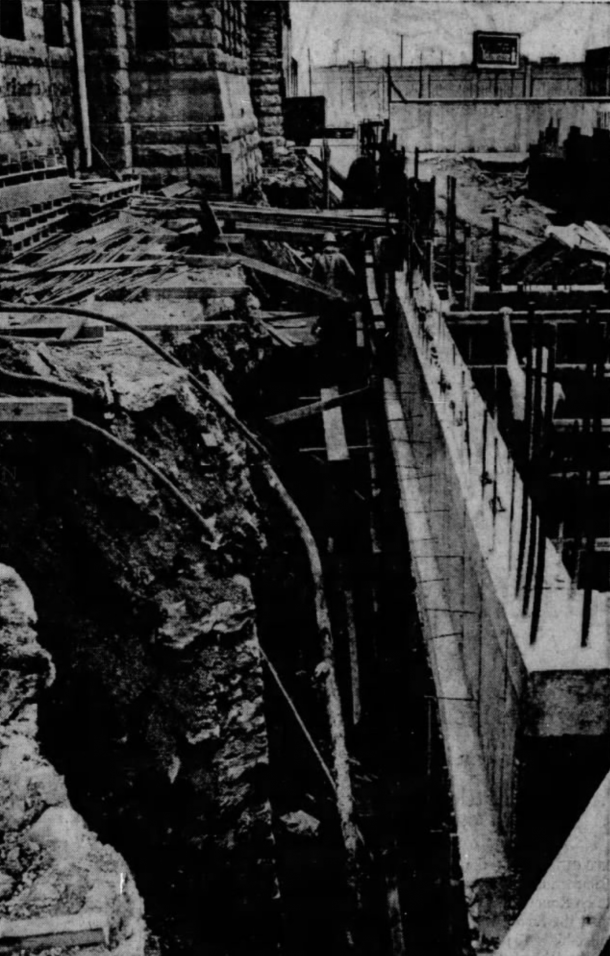 In September 1965, inmates were transferred to the new jail where it still stands today. Until the move to the new Justice Center in the coming few years…