The World League for a Sane Christmas 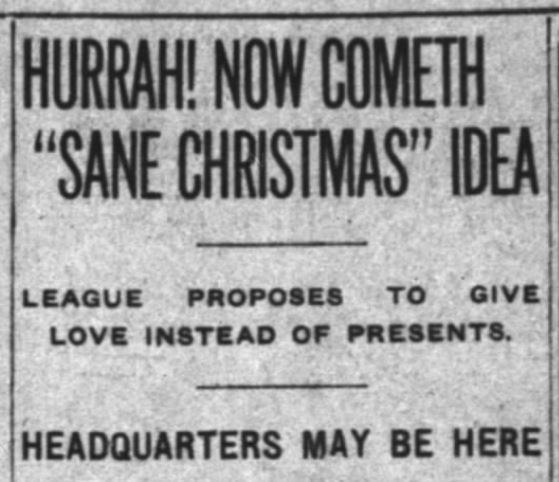 Oh, tired Christmas shoppers!  Burned out on commercial Christmases?  So were people back in 1911, when a league that sought to call a halt to unfettered Christmas gift-giving established its national headquarters in Indianapolis.

If the date of an Indianapolis News article is any indication, the World League for a Sane Christmas was busy well in advance of that year’s holiday shopping craze.  “Hurrah! Now Cometh Sane Christmas Idea” was published on July 18, 1911.

Many religious folks would agree that the true spirit of Christmas has been lost in the welter of shopping malls and fancy gift wrap.  A few Christians, in fact — like the old Puritans and their descendants in New England — have historically been virulently anti-Christmas (and Easter, too).

Yet the group that set itself up in Indianapolis in 1911 was strongly tied to the wave of rationalist free-thinking that flourished at the turn of the last century.

Heading the new Sane Christmas League was its president, an obscure Hoosier reformer named Bruce Calvert, who occasionally gave lectures under the auspices of the Indiana Rationalist Association.  According to Robert M. Taylor, Jr., a historian of Hoosier freethinkers, the unconventional Calvert sat on the “freethought fringe.”  His ideas and theories, however, addressed major social problems.

Born in Jackson County in southern Indiana in 1866, Calvert attended Indiana State Normal School in Terre Haute, the state teacher’s college that became Indiana State University.  According to one version of the tale, the teaching methods in Terre Haute caused him to go bald and nearly blind.  Calvert then moved off to Chicago and Philadelphia, where he worked for publishing houses.

By about 1900, however, after teaching at a country school in Fayette County, Indiana, the 30-something Calvert took to “philosophizing among the falling leaves.”  He made an unusual step, becoming a forest-dwelling hermit in the woods of northwest Indiana.  Moving to a hermitage on the then-undeveloped outskirts of Gary, Calvert dubbed this spot Pigeon-Roost-in-the-Woods and set himself up as a kind of Hoosier version of Walden Pond’s Henry David Thoreau.  Touting the beauties of nature, he started to weigh in on pressing social issues.

In 1911, the Indianapolis Star ran a feature-length article on him, labeling him “Indiana’s Prize Crank: The Monk of the Roost.”  Part of the article highlights the “Hoosier philosopher’s” views on going nude in the woods. 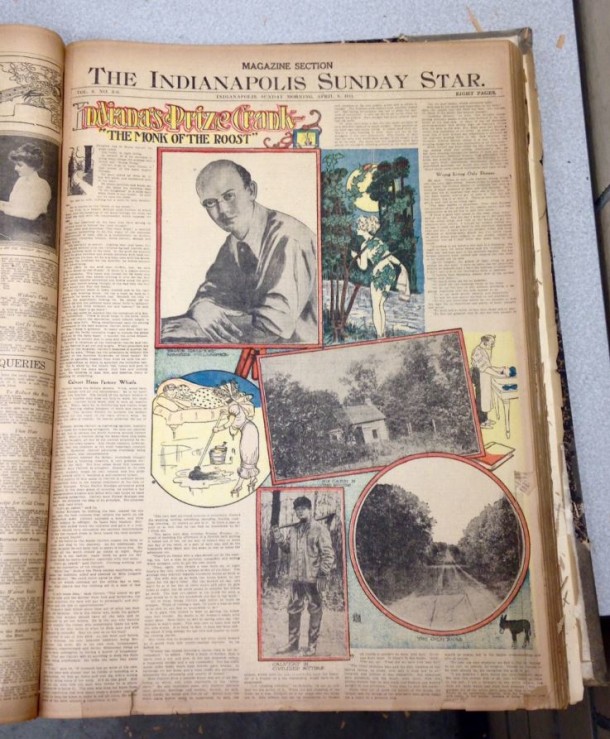 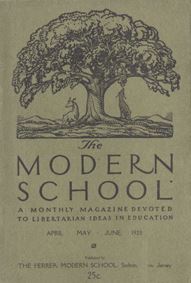 Bruce Calvert’s interests were certainly widespread.  By the time he started campaigning against the commercialization of Christmas, the Indianapolis News reported that the Lake County man was looking around “for a suitable location for the establishment of a school” where he could teach the ideas of Francesc Ferrer.  Ferrer, a Spanish anarchist, had been executed by firing squad in 1909 for his alleged involvement in the Barcelona riots known as “Tragic Week.”  Like Calvert, the Spanish school reformer had theorized about the need for modern, secular education.

In fact, after Ferrer’s death a few “Ferrer Schools” or “Modern Schools” sprouted up in the U.S.  These schools taught children secular, socialist, and anarchist values and hosted lecturers like Margaret Sanger, Jack London, and Upton Sinclair.  Ferrer Schools acquired negative notoriety after 1914, when radical anarchists affiliated with the Modern School in New York unsuccessfully plotted to blow up oil tycoon John D. Rockefeller at his mansion.  Yet a Ferrer Modern School or “colony” held out in Piscataway, New Jersey, until 1953.

Back in 1911, Calvert — who tried to popularize the idea that textbooks should become secondary to dynamic, spontaneous teachers — proposed starting one of these schools “in the woods near Indianapolis.” 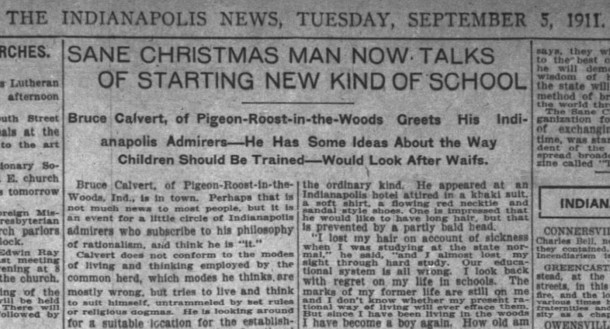 From his home near the Indiana Dunes, the Hoosier reformer published an anarchist magazine of his own.  Partly inspired by Walt Whitman, The Open Road — a “Back-to-Nature organ” — was largely a mixture of science and health columns and calls for social reform.  One vocal supporter of the Indiana magazine was the Russian-American anarchist Emma Goldman.  Calvert authored many books, as well, including one on Nordic folklore, which he publicized alongside a Norwegian musician named Anna Gulbrandsen, who later became his wife.

Around 1910, Calvert also founded a group called the Society of the Universal Brotherhood of Man, which espoused the “hermit’s” affiliation with reform-minded causes like vegetarianism.  Calvert’s public lectures on behalf of the society were often covered in Chicago and Illinois newspapers.  The reformer, however, advised vegetarians not to “become crazed over the idea” of avoiding meat.  “If you allow vegetarianism to gain control of you, you are on the way to mental bankruptcy,” he warned from Pigeon-Roost-in-the-Woods in 1910. 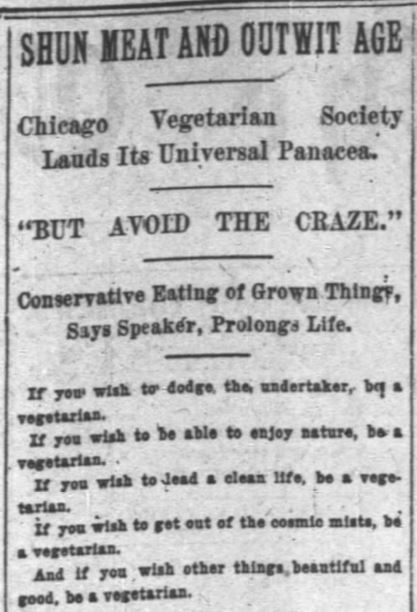 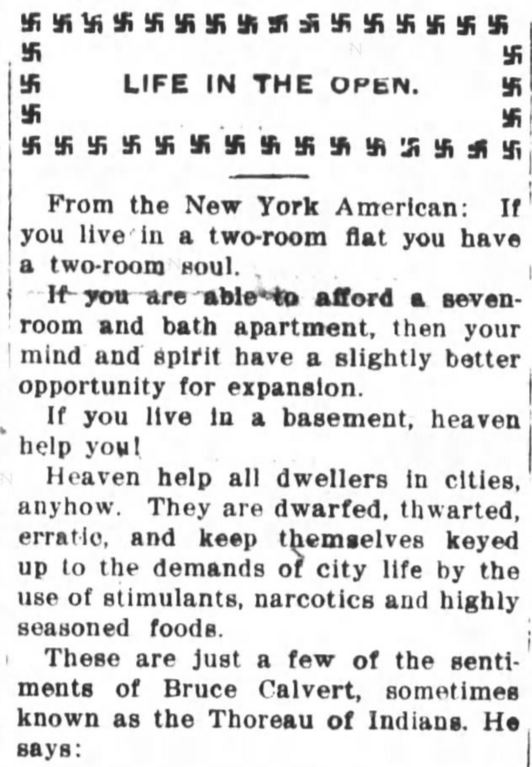 Before the Nazis permanently perverted it, the swastika was an ancient Indian symbol of rebirth. (Journal Gazette, Mattoon, Illinois, January 31, 1912.)

By November 1911, the World League for a Sane Christmas, under Bruce Calvert’s direction, had set up its American headquarters in Room 421 of the State Life Building in downtown Indianapolis.  The league’s original board of directors included Calvert as president; Rabbi Joseph Leiser of Allentown, Pennsylvania, as secretary; and Mrs. Margaret R. Burlingame of Indianapolis, director of publicity.  Membership fees ($10) were used to support print publications, including a booklet entitled “The Christmas Insanity.”

The movement (or “federation”) for a Sane Christmas actually got a fair amount of national publicity, with the initial story out of Indianapolis being syndicated around the country.  That September, the News was still covering the goings-on. 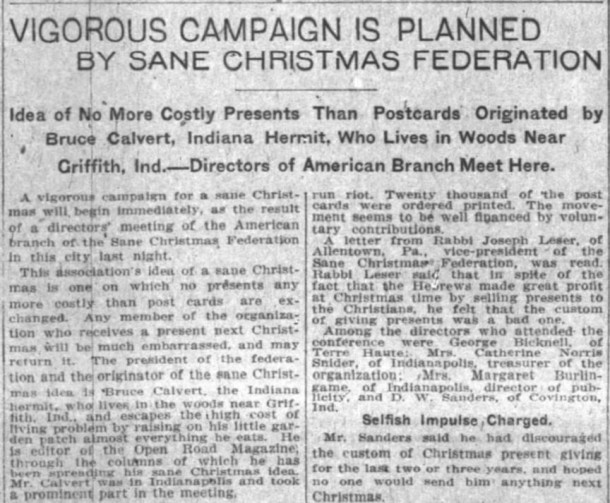 Though Calvert often lampooned organized religion, the secular group’s crusaders had a creed of their own, printed in the original Indianapolis News story.  Perhaps the Teacher from Nazareth himself would have joined up:

William Marion Reedy, a St. Louis editor who helped promote the early work of Midwestern poets Carl Sandburg and Edgar Lee Masters, spoke up for the Indianapolis-based Sane Christmas League in his “shoestring” literary magazine, Reedy’s Mirror (the magazine that first syndicated Masters’ iconoclastic Spoon River Anthology in 1915.)  Reedy praised the “Indiana Rousseau” for his campaign to get people out of the “clutch of the tyranny of things.”

Calvert reprinted the “blurb” from St. Louis in The Open Road. 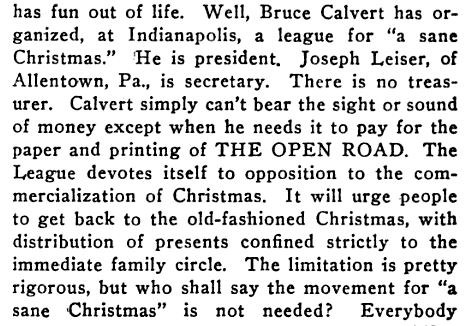 The Open Road: Official Organ of the Society of the Universal Brotherhood of Man. (Pigeon-Roost-in-the-Woods, Indiana, July 1911.)

Editor Reedy also addressed the fear that a decline in gift-giving would hurt local businesses: 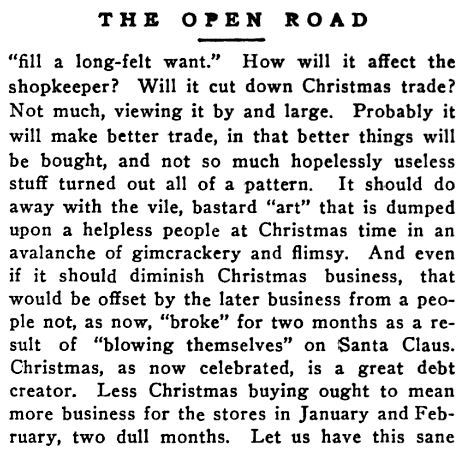 What should replace all that excessive Christmas gift-giving, then?  The Sane Christmas League had one idea:

Unfortunately, anybody who has received piles of mass-produced holiday cards from relatives they never talk to in person might consider creating a “World League for Sane Christmas Cards” this season.

The Indianapolis group seems to have called off the campaign by 1912.  Yet in Chicago, another group took up the cause.  Led by no less a figure than the great social reformer Jane Addams, of Hull House fame, that organization wanted call a halt to the “commercializing of the Yuletide season” in the Windy City.  It’s fascinating that Addams and other women met at a doctor’s office in November 1912 to start their crusade.  They framed their Progressive appeal, it turns out, as a public health campaign…. 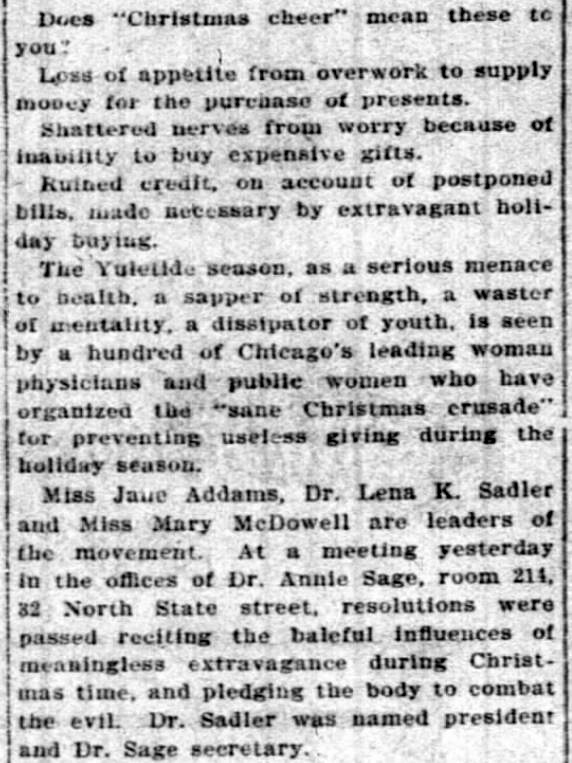 As for Bruce Calvert, the “Thoreau of Indiana,” he continued to live a fascinating, unconventional life.  Never strictly a recluse, he lectured at chautauquas, lyceums, and other public halls, on everything from proper breathing and the correct chewing of food to the value of a good cold shower and…. nudism.

Pushed out of his home at Pigeon-Roost-in-the-Woods by the expansion of Gary’s steel mills, Calvert relocated to New York and New Jersey.  For the next twenty years, he served on the board of directors of the American Sunbathing Association.  Calvert’s obituary in the New York Times on June 1, 1940 — reprinted as far away as New Mexico — identifies him as one of the pioneers of the American nudist movement. 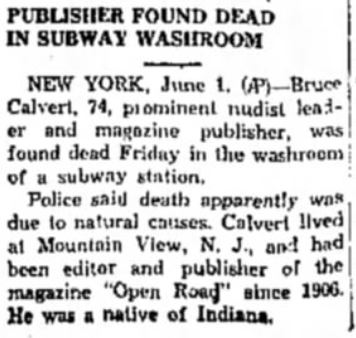 Woot Woot for the Wooton- The King of Desks