Rear view of the National Motor Vehicle Co. building at 22nd Street and the Monon – Photo by Ryan Hamlett

Another May has come and gone, another Indianapolis 500 with it, re-associating “Indianapolis” and “motor sports” with the world. For me, May brings to mind memories of ones that have preceded it. Childhood memories of eagerly anticipating waking up to find the newspaper on the front porch so that I could slice out articles about Tom Sneva, A.J. Foyt and Danny Sullivan for my yearly 500 scrapbook. I think my father had made peace with the fact that there would be little to no sports page left for him to read each May. We’d go maybe every three or four years or so, first in 1983 and then most recently a few Sundays ago, each time making sure to visit the Speedway Museum (more on that building in a future post). So much attention is payed to the inaugural winner, the 1911 Ray Harroun piloted, Indianapolis built Marmon Wasp and so little to the winning car from 1912. The Buzz Aldrin to the Marmon’s Neil Armstrong was also an Indianapolis built car, constructed by the National Motor Vehicle Co on Indy’s northeast side, at 22nd Street and the Monon Rail line. 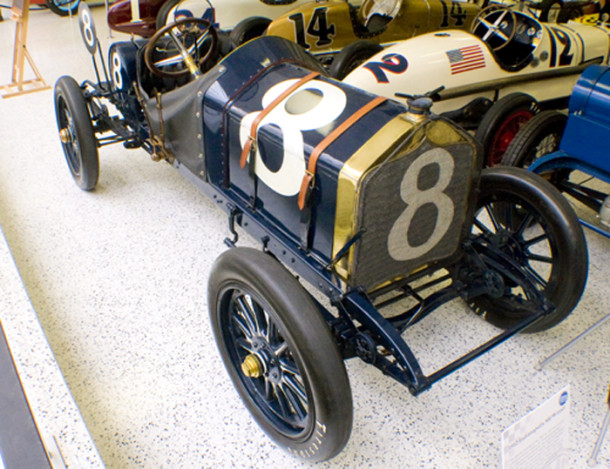 After Harroun won in 1911 in the single seat Wasp, the rules were changed for the following year’s race, requiring cars to carry an on board mechanic. Thus, in 1912, driver Joe Dawson and mechanic Harry Martin passed the first place #4 Mercedes of Ralph DePalma and held on to the final two laps to win the second running of the Indy 500, a record for fewest laps led that would stand until 2011. 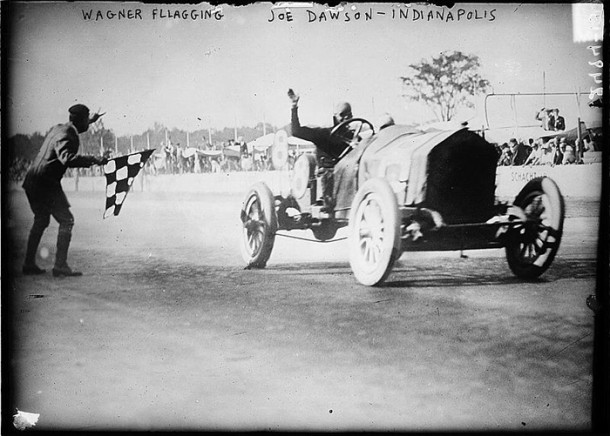 Historic Indianapolis’ resident car nut, Dennis Horvath has recently touched on the history of the National Motor Vehicle Co. and a great archive of National related photos can be found here, a website run by the great-grandson of National co-founder Charles E. Test. 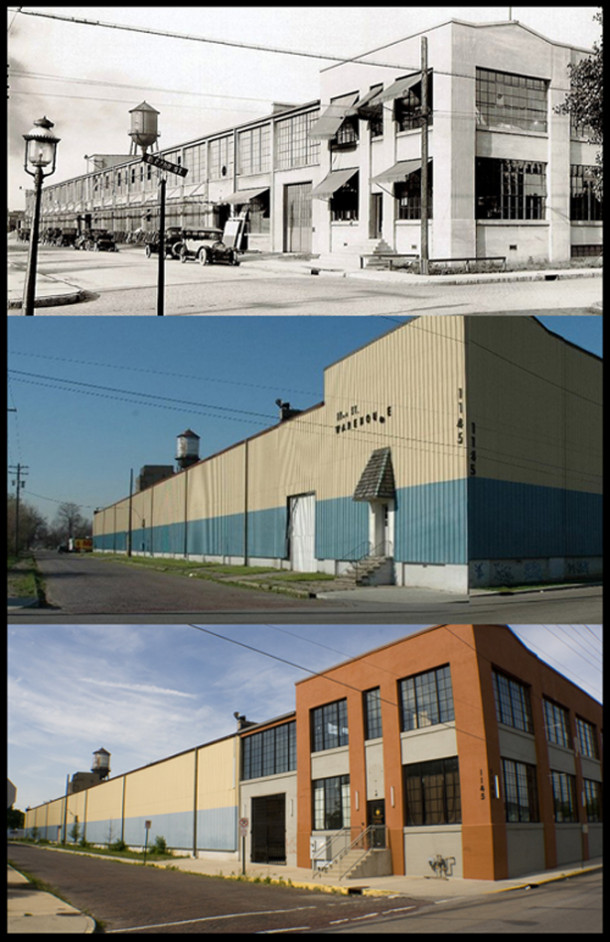 The building itself still stands next to the repurposed Monon Trail, the 22nd Street facade housing The Project School, its water tower overlooking both the giant facility that once churned out some of the nation’s first electric cars but also two new build apartment buildings next door on Yandes, both deemed, appropriately, The National. 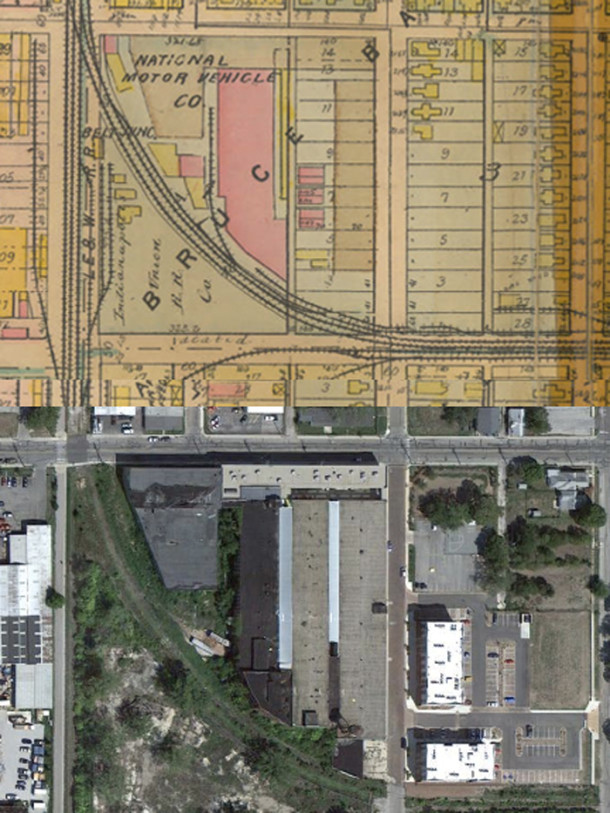 Above, the National Motor Vehicle Co layout from the 1916 Baist Atlas and below the Google Earth view today, the National apartment in the lower right corner. 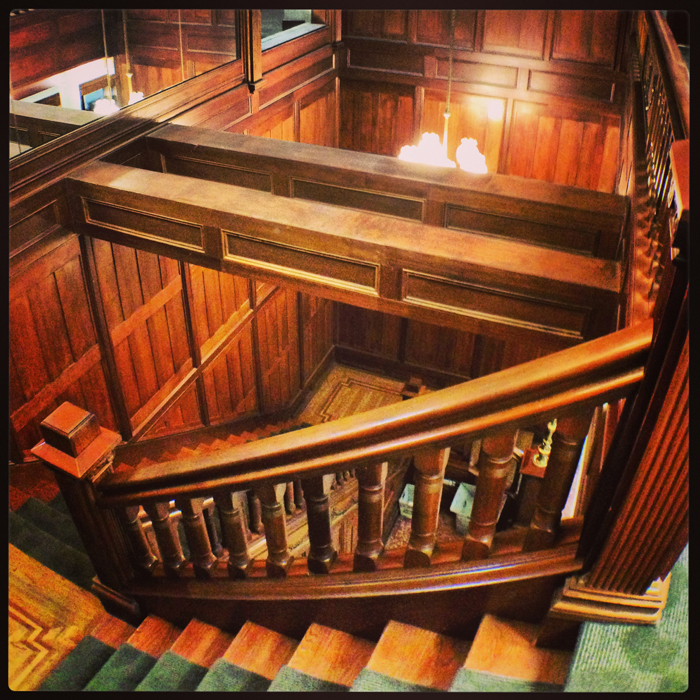