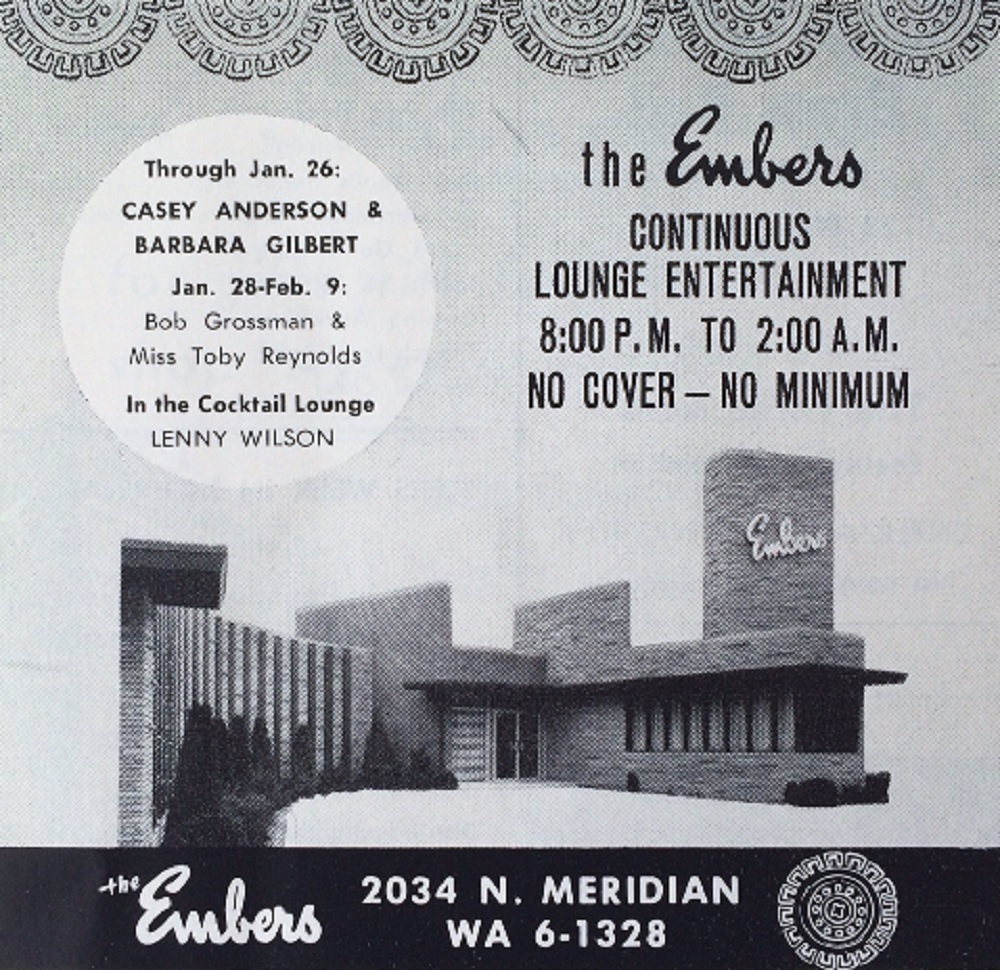 An advertisement from the late 1950s. (Image: Indiana State Library)

Mid-century Indianapolis may have had the reputation for being kind of a snooze; the era spawned the less-than-complementary terms of endearment such as India-no-place and nap-town. For fun, you could always participate in the bi-weekly pigeon hunts held downtown on Sunday afternoons, but if that wasn’t exactly your speed, you’re still in luck, because the 50s were the heyday of the lavish nightclub scene. The hub of high-end entertainment was centered along Meridian Street, north of downtown. Many establishments featured elegantly appointed cocktail lounges and dining rooms that showcased live entertainment. One of the most prominent of these venues was The Embers, located at 2034 N Meridian Street.

As a 1960s promotional postcard states: “Ablaze with fiery color, the Embers Cocktail Lounge is a welcome oasis at the end of a tiring day. The finest beverages, prepared by knowing hands, quench the thirst and sharpen the appetite. Through the wall at the left, separating the cocktail lounge from the Embers dining room, guests can see and hear some of the country’s finest entertainers who are featured nightly.”

The interior of The Embers lounge. (Image: Evan Finch)

The cocktail lounge provided a dimly lit oasis for the downtown office workers of the time. Chairs were upholstered in leather and arranged around small round tables. Each table was appointed with a large crystal ash tray, enjoying a Lucky Strike with your Tom Collins was common.

“A pattern of chariot wheels in sculptured concrete accent the individual charm of this delightful dining room. Flaming swords and a blazing charcoal pit make dinner at The Embers a memorable and exciting experience. On the stage at the left, the country’s finest entertainers provide a refreshing escape from the day’s routine.” 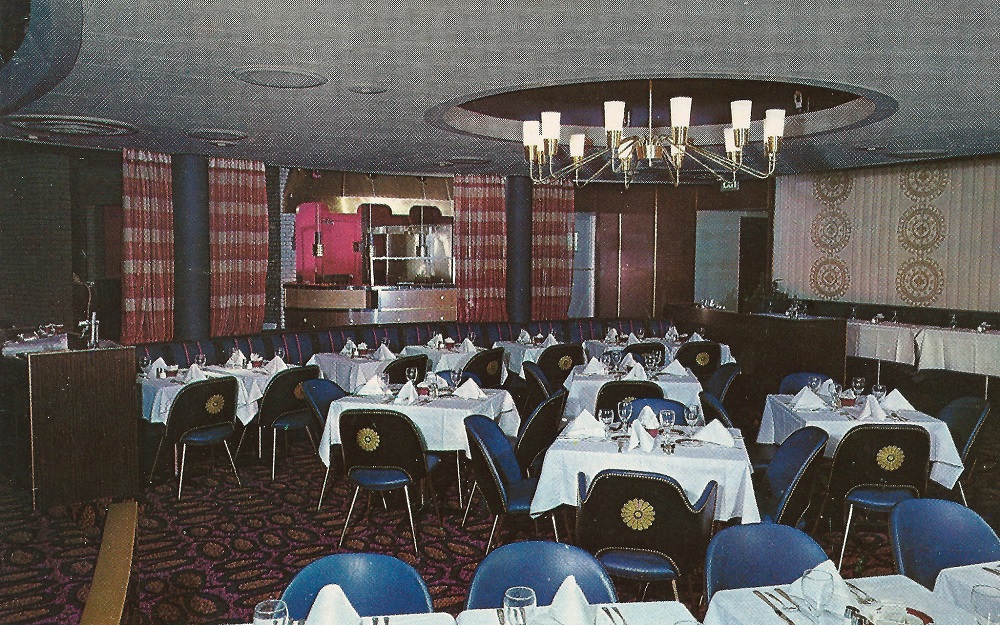 The subtle lounge was coupled with an extravagant main dining room. Tables were adorned with white table cloths and elaborate place settings. A charcoal barbeque was in full display for the patrons, so they could ensure firsthand that their chop didn’t get over-done. Entertainment from national touring acts was featured nightly, from the likes of John Coltrane to the Amazing Kreskin.

The shelf life of a “hot spot” is not always long-lived. The World War II generation that would have frequented The Embers gave way to the baby boomers who would consider such an atmosphere stuffy and contrived. The once posh nightclubs that lined Meridian Street from 16th Street to Fall Creek devolved, eventually catering to a seedier crowd as the 60s became the 70s. No record of The Embers is found in the city directory past 1971, and the site now boasts a large surface parking lot for Citizens Energy employees. The surrounding neighborhood, however, has recovered from the “Dodge City” days of the 1980’s. Perhaps businesses will soon follow, and north Meridian Street will again become the place to see and be seen — sans the Lucky Strike haze, of course.

Do you recall any posh night clubs of Indianapolis yesteryear?

What would you consider the posh night spots of Indy today?