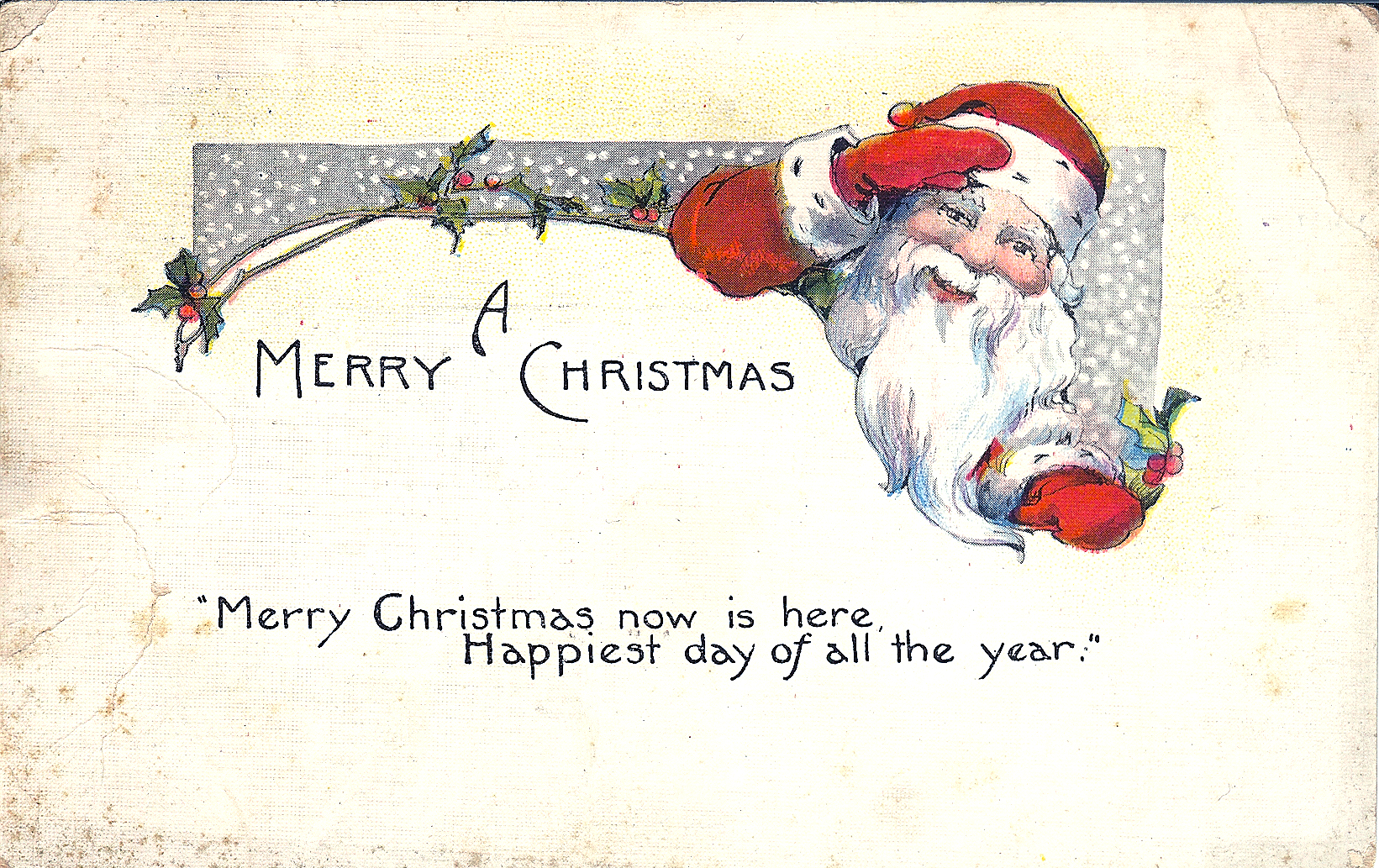 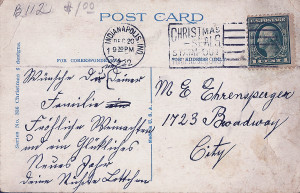 A penny for your thoughts …
As an elementary teacher, I can decipher just about all manner of scribbles into the heroic tale it was intended to be. (penqen lovet to qo in the wodr he but sum time leprdsele wos in the wodre the penqen wat into the wodre they becum frensa = Penguin loved to go in the water. But sometimes leopard seal was in the water. The penguin went into the water. They became friends.) But, when I came across today’s Penny Post, I a) wondered if I’d spent too much time reading kids writing and b) realized that the message was written by one of Indianapolis’ many German residents.

Indianapolis’ heavy German influence can be seen in buildings and street names all over the city, so it was exciting to find a Christmas message written in German script. According to the city directories, in 1922, there were two Mrs. E. Ehrensperger’s living in Indianapolis: Mrs. Edith Ehrensperger and Mrs. Elizabeth C. Ehrensperger (née Klanke). Both women came from German immigrant families. Edith, born in 1893, was the daughter of Mr. Michael Stuppy, an early settler of what is now the Haughville Historic District (the Near Westside neighborhood bounded by 16th Street, Belleview Place, Walnut Street and Concord Street). A music teacher, Edith was married to Albert H. Ehrensperger of Al’s Rent-A-Car Co. However, according to the 1921 city directory, the couple lived at 765 N. Tremont and later moved to 116 N. Wallace, making it unlikely that our Penny Post was addressed to Edith.

The 1926 Indianapolis City Directory lists Albert Ehrensperger’s address as 116 N. Wallace. There is no listing for either Edith or Elizabeth Ehrensperger.

Mrs. Elizabeth Ehrensperger, the widow of boot and shoe salesman Francis X. (Frank), was born Elizabeth Klanke in Germany. After her husband’s death in 1887, Elizabeth lived in Indianapolis until her death in December 1923. She was the mother of five children: John A., Amelia Starker, Charles, Edward, and Joseph. According to the 1922 city directory, Elizabeth’s address was 1638 Ashland Ave, inconsistent with the postmarked address. However, her oldest son, John A., lived at 1707 Broadway. Since our Christmas card was sent just one year before Elizabeth’s passing, perhaps she was living with her eldest child.

The 1922 Indianapolis City Directory lists Elizabeth Ehrensperger’s address as 1638 Ashland Ave, the same address she had been living at for at least the previous four years. Her son, John, a barber, is listed at 1707 Broadway – the closest address to the one found on the postcard.

If any of our readers can translate/transcribe the German message on the postcard, please send our Postmaster a note! I would love to share an update about which M E Ehrensperger received Froehliche Weinachten (Merry Christmas) wishes.

Post Script (P.S.): Wouldn’t it have been neat to live in a time when all you had to do was address your mail as “City” and the post office knew where to send your card?

Happy Holidays and love from the HI team! 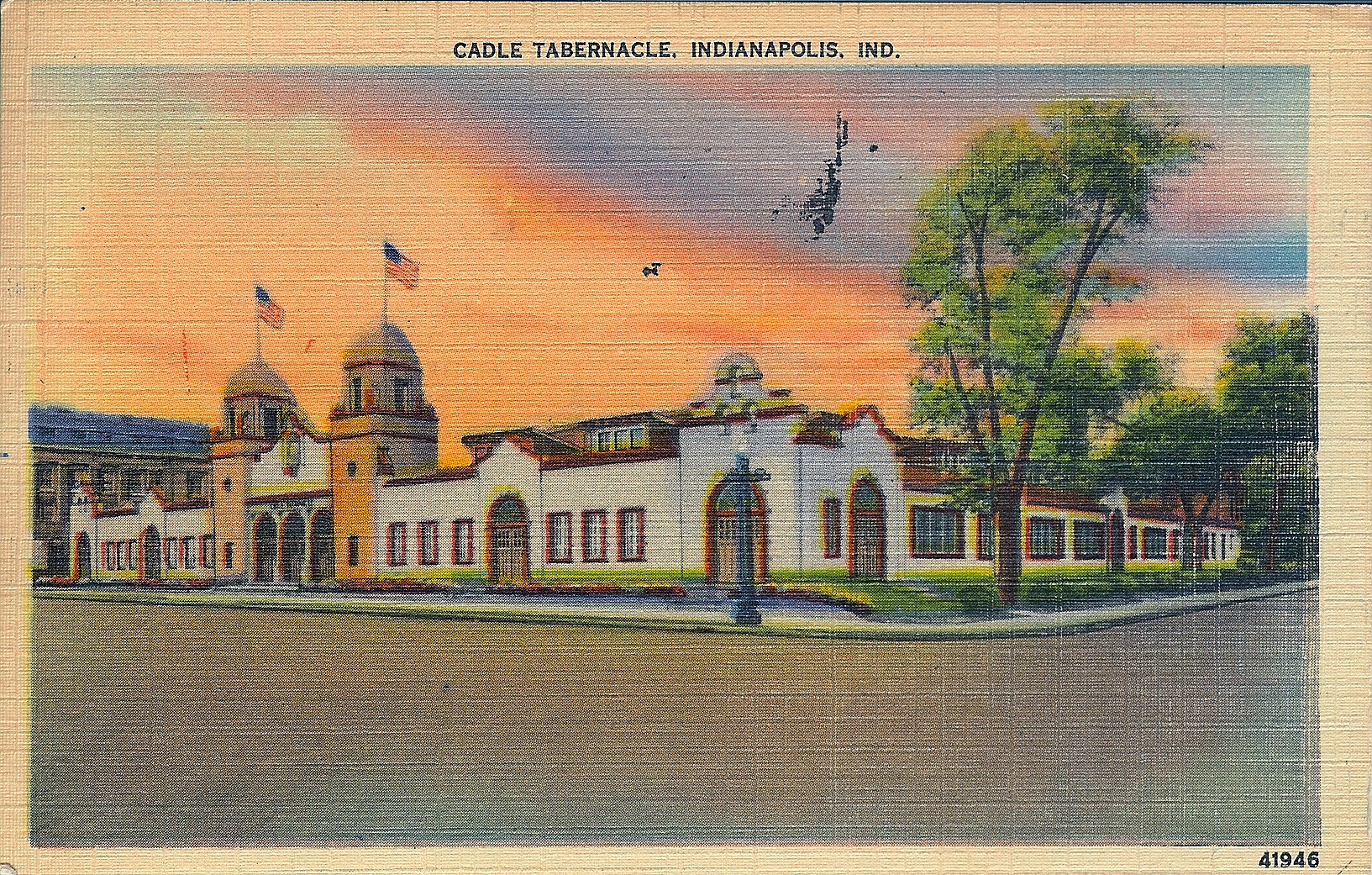 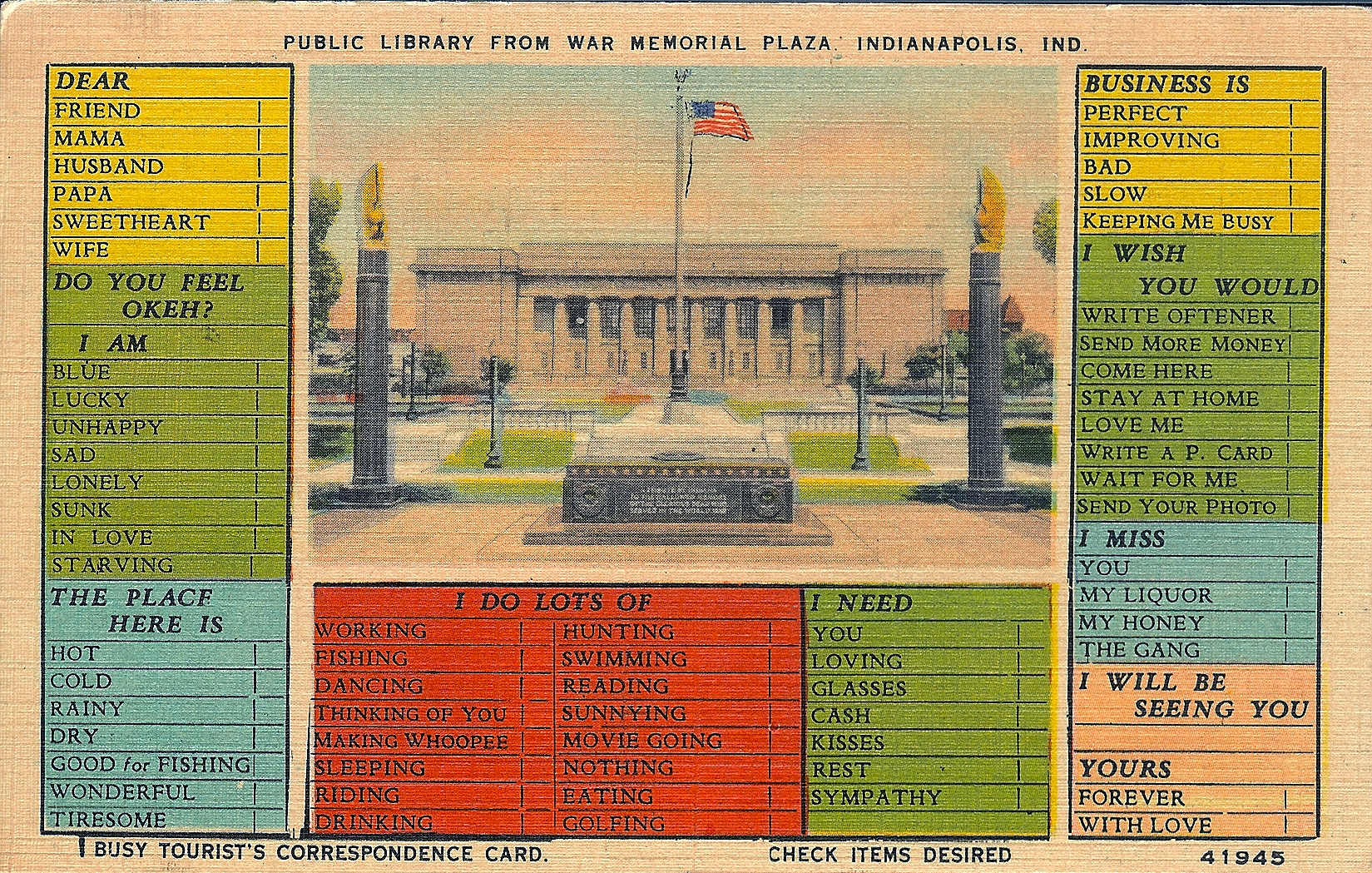 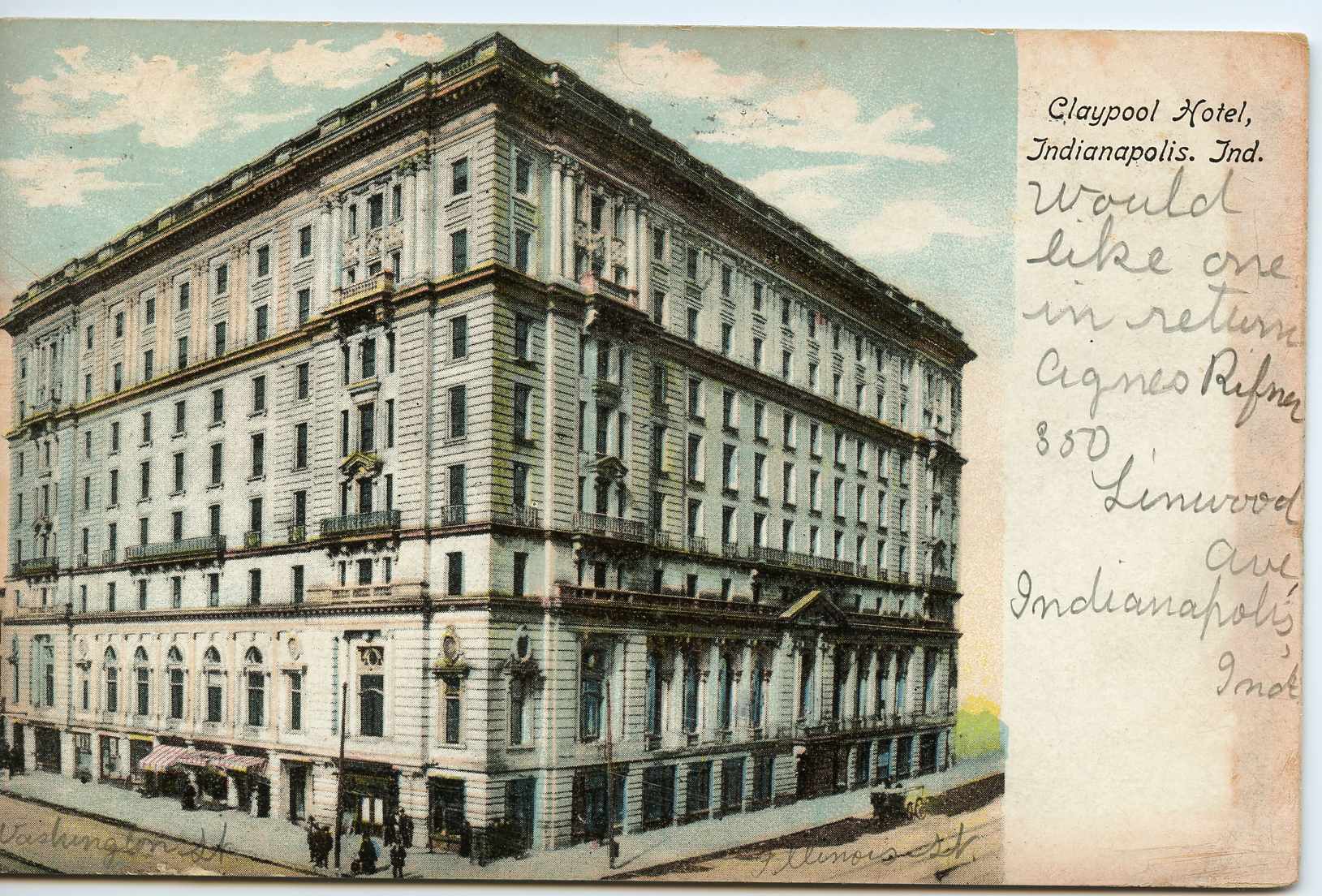