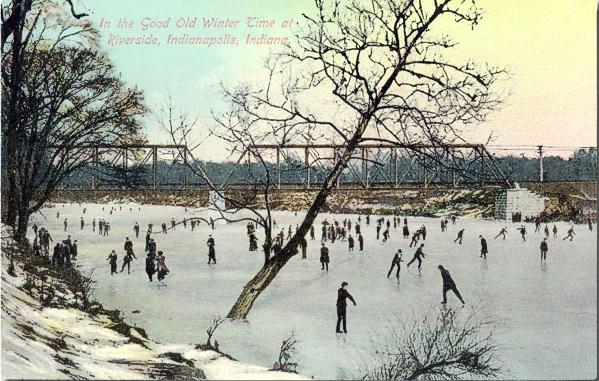 January 2014 will go on record as one of the coldest months in Indianapolis’ history. Pipes burst, the Central Canal froze over, car engines wouldn’t start, and ice formed on the White River. In the early 1900s, Riverside Park was a well known summer destination for Indianapolis residents. However, as this week’s penny post depicts, the frozen waters of the White River drew skaters to Riverside Park in the winter months too.

In 1907, one article noted that hundreds of skaters were also  enjoying “Broad Cut,” from 16th Street to the aqueduct–not far from this ice skating location. 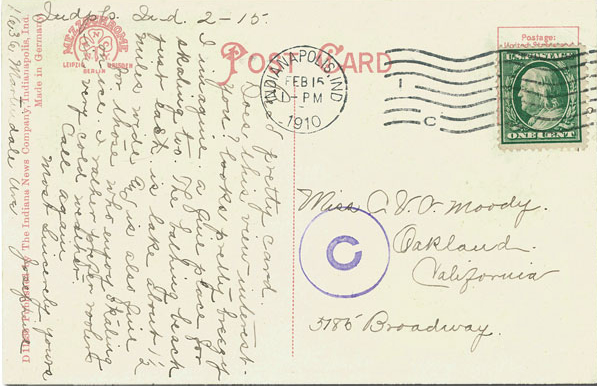 Rec’d pretty card.
Does this view interest you? Looks pretty breezy I imagine. A fine place for skating too. The bathing beach just east is lake about 1 1/2 miles wide and is also fine for those who enjoy skating on ice. I rather prefer roolers.
Very cold weather.
Call again
Most sincerely yours,
Josephine
1636 Martindale Ave 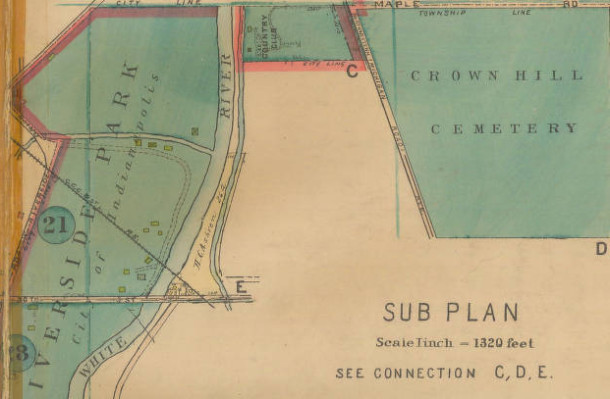 A penny for your thoughts … If Josephine had waited two days to write her postcard, it is likely that she would have included news about the record setting storm that swept through the city February 16 – 17, 1910. According to records from the National Weather Service Weather Forecast Office, the city received 16.1″ of snow during the two days after this penny post was postmarked. The February 1910 storm still holds the record for the maximum snowfall during a single storm.

To learn more about the history of Riverside Park, visit our HI Mailbag: Indy Parks and Rec and Indianapolis Collected: The Bridges of Marion County articles. 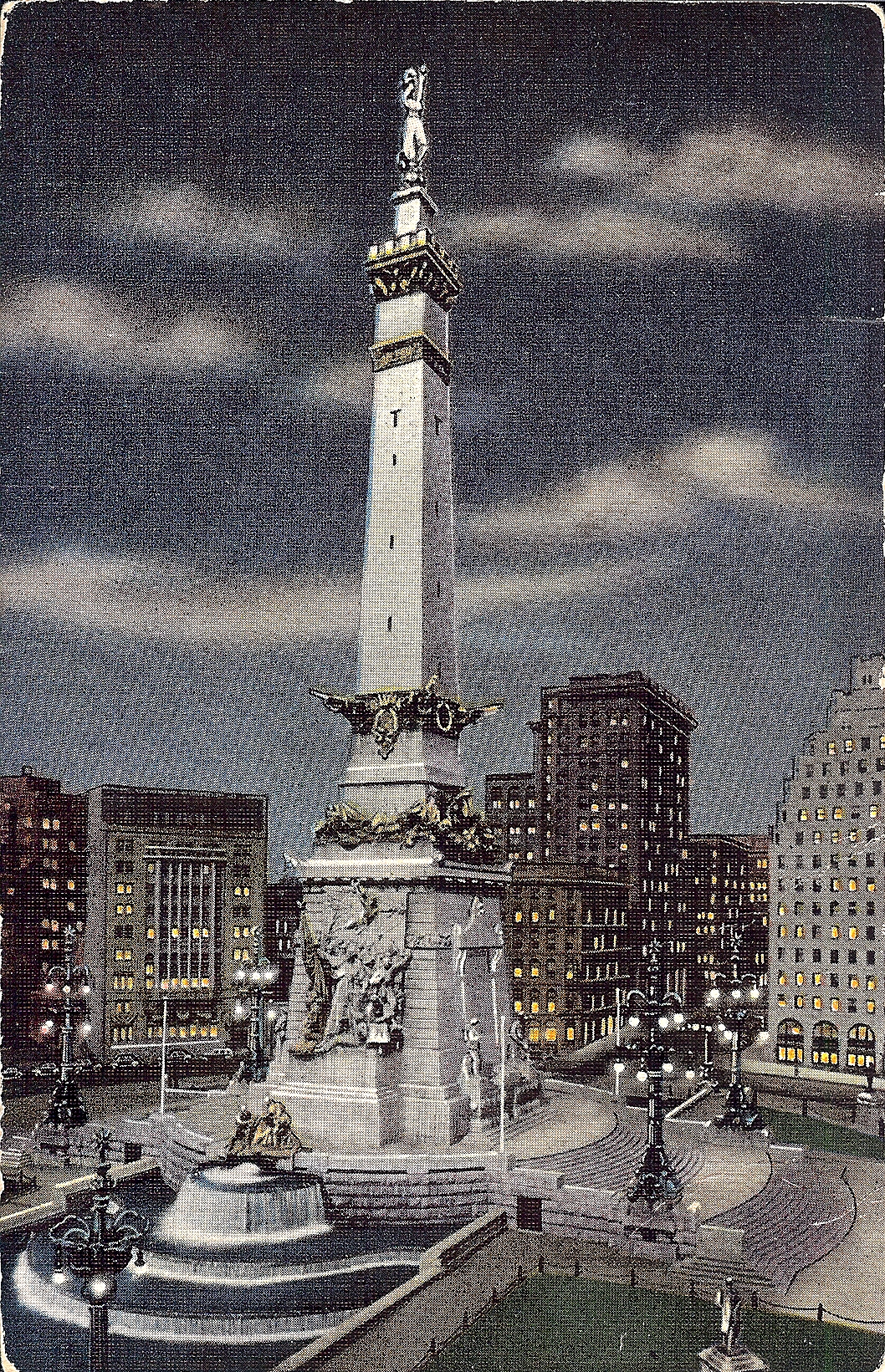 Penny Post: Be a winner at Camp Dick Runyan 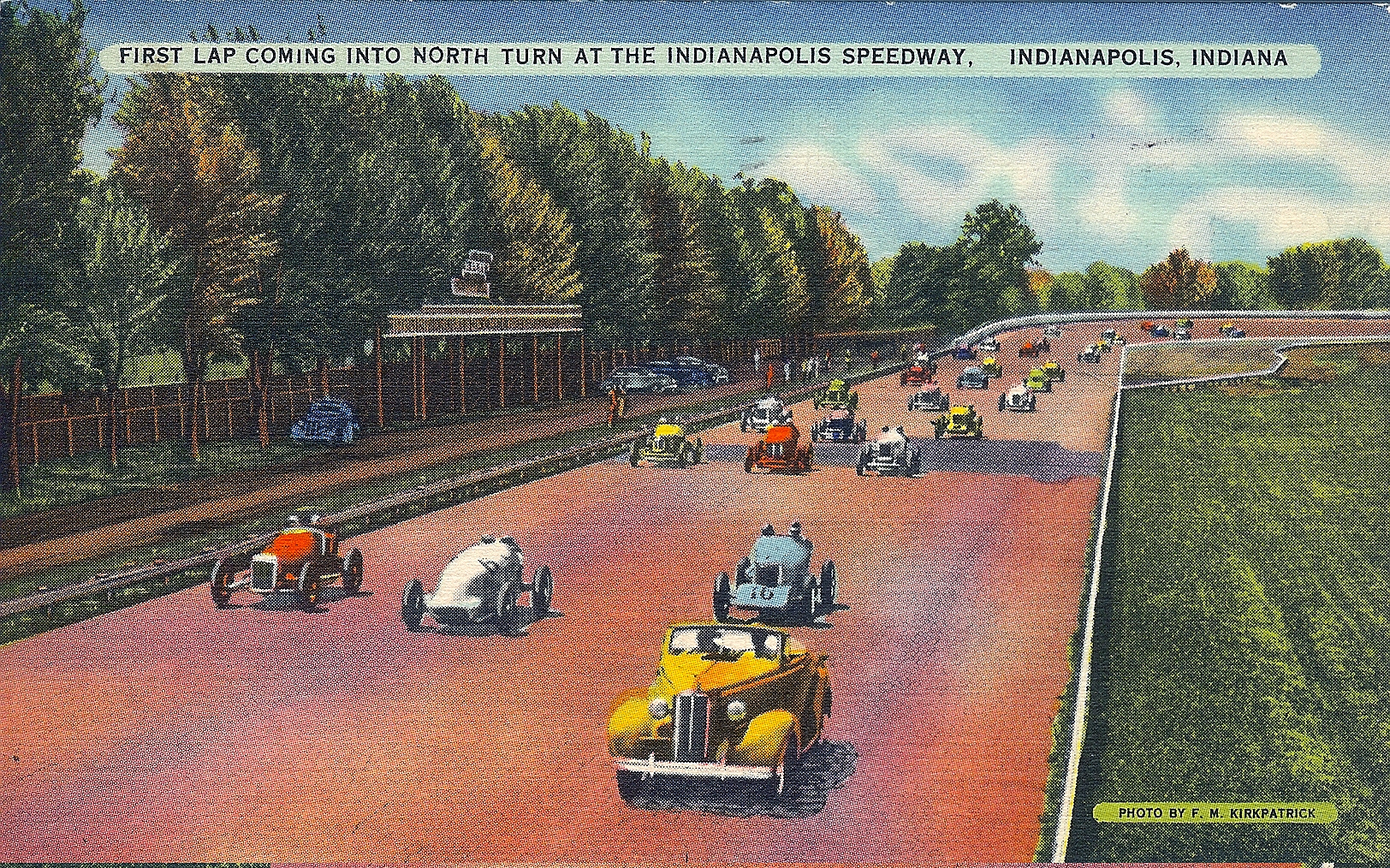 Penny Post: The First Lap into the North Turn 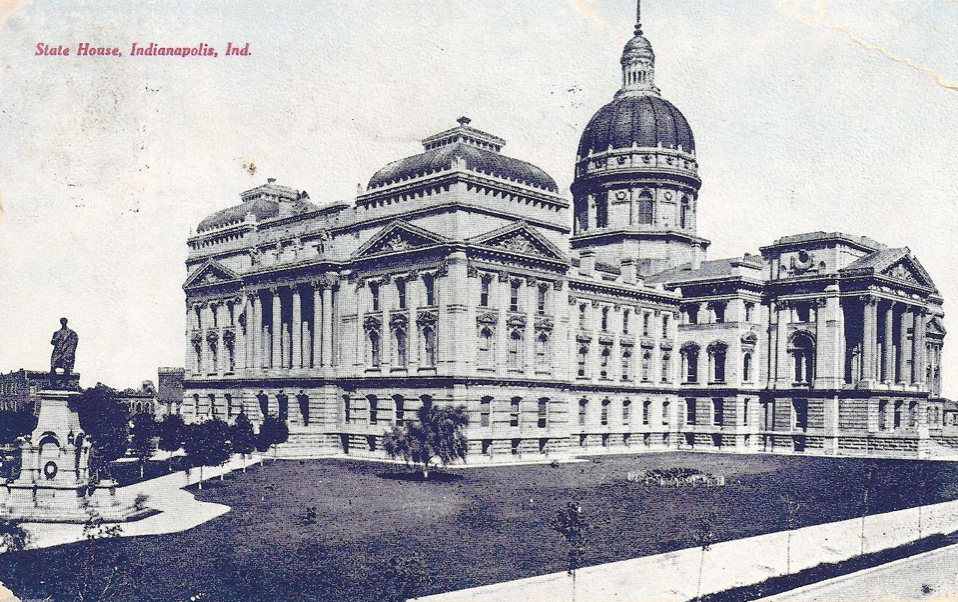 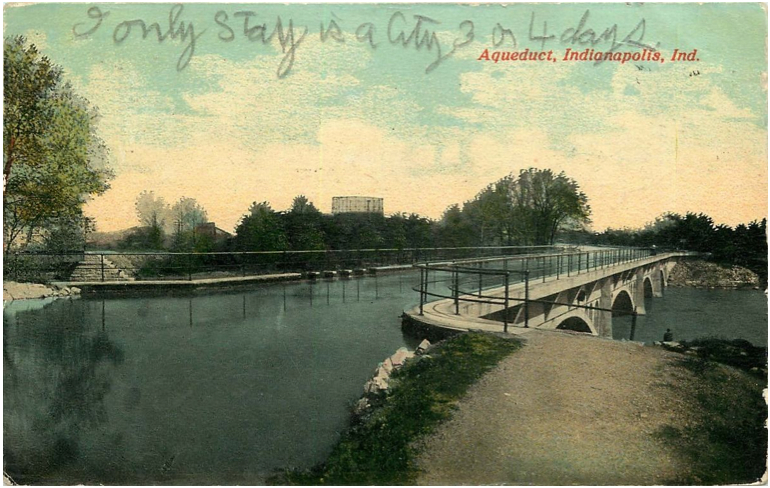