Whoever coined the phrase “You are a gentleman and a scholar,” must have known Dr. James Glass, the Director of the Division of Historic Preservation & Archaeology (DHPA) for the Department of Natural Resources (DNR) of Indiana. Dr. Glass is one of the most knowledgeable, kind and concise people you may ever meet. He is also, as seems the trend with other Hoosiers caring for our heritage, incredibly humble. Indiana is indeed fortunate to have so many talented and inspiring individuals looking after its interests—especially as relates to history and preservation.

The DNR offers a plethora of–go figure–resources for the residents of Indiana. The DHPA undoubtedly offers those of most interest to the followers of this blog. I recently attended a cemetery workshop which was extremely informative. Take the time to navigate some of the pages of the DHPA, and you may find, as did I, that there are hours of education and entertainment to be had there. All that and more is the domain of Dr. Glass and the many talented people (his words) who make the magic at the DHPA happen.

What does it take to rise in the ranks like James Glass, Ph.D. ? The following interview may offer inspiration or insight…

HISTORIC INDIANAPOLIS: Your title is?

HI: How did you get into history/ preservation?

JG: I was a history major at Indiana Central College (now University of Indianapolis) and studied two dimensional history—which means reconstructing events of the past from paper records and photographs. (There is a third dimension of history, which is built environment and architecture and design.) When I was a college senior, I was a mayor’s intern for Richard Lugar. The mayor’s office assigned interns to different city departments and they needed someone to do research on historical buildings for a book on Indianapolis architecture. That was the first time I made the connection and started to love buildings. After going to IU for my Masters in Latin American History, I decided college teaching in regular history wasn’t for me. So I began to look at other possibilities and it turned out the Indianapolis Historic Preservation Commission was looking for staff. They hired a director and needed some professional staff. By the time I finished my Master’s, I went right to work for IHPC as one of the first three staff members, as the staff historian. So I got in on the ground floor. While there, I did a lot of historical research about historic neighborhoods and individual historic buildings, as well as lots of oral history interviews with former residents of the Old Northside. 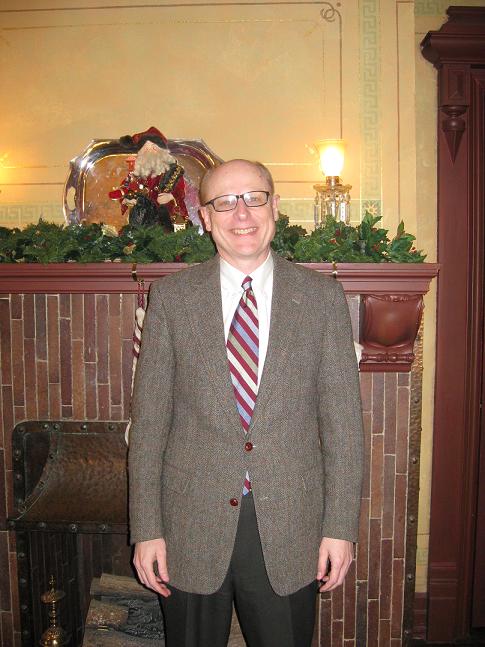 Dr. James Glass, “A gentleman and a scholar”

HI: How did you arrive at your current position? How does someone get to do what you do?

JG: Like a lot of career tracks, one thing leads to another. What led to my current job was going to grad school at Cornell—it’s one of the top programs for historic preservation, architectural history and city planning.
I went to Ithaca to get my master’s in architectural history. I got interested in the history of city planning and studied with John Reps who was one of the top authorities. In fact he found the sub-discipline. I did my Master’s thesis on John Nolen, one of the fathers’ of city planning of the early 20th century. He planned new towns, rather than redesigning existing cities. So I studied three of Nolen’s new towns: Kingsport, TN, Venice, FL, and Mariemont, OH—near Cincinnati. And what was interesting—Kingsport was laid out in teens, the others in the 20s—was understanding these places within the context of their time. Also, they had become historic places by the time I was studying their planning and the design of their architecture.

I stayed another 3 years and did a doctorate—my Major area was history of architecture and I had 2 minors: history of city planning and preservation planning. I studied with Barclay Jones in historic preservation planning. That’s where I gained an understanding of historic preservation policy and planning. I did my dissertation on history of events leading up to the passage of the National Historic Preservation Act of 1966. I interviewed 60 people involved in its creation. The research yielded a two volume dissertation, and later I published a condensation of it in a book published by the American Association of State and Local History called “The Beginnings of a New National Historic Preservation Program, 1957-1969.”

I went to work after graduate school for a big engineering firm in Greenbelt, Maryland, Greenhorne and O’Mara, as a project manager for historic preservation because they got a large contract with the U.S. Navy, which was creating guidelines on how to manage its historic properties and sites nationwide. They also wanted us to help them prepare prototype historic preservation plans for naval installations. So we actually prepared 5-6 plans for them, including the plan for the naval installation at Crane, Indiana. We also had land developers in Maryland who were clients, and our firm would advise them about developing subdivisions where there were historic farms. I worked at Greenhorne & O’Mara for two years. And then I was hired for the first time in my current position for four years in the early 1990s and then went to Ball State as Program Director of the Graduate Program in Historic Preservation for 13 years, became a full tenured professor, and then returned to my current position at the DNR in 2007.

Also while I was at Ball State, we founded a Center for Historic Preservation to provide hands-on professional experience for graduate preservation students while they were enrolled at Ball State.

JG: There is a lot of problem solving, mediating, people management—working with many talented people and helping them do their best at their jobs and making sure all our programs are running smoothly.

Also, creating some new initiatives having to do with historic preservation and archaeology—many of the best ideas start with the staff, and those that have merit, we provide the organizational framework for making it happen. For example, several staff suggested a “Hoosier Heritage Day” for the Indiana State Fair, so we collaborated with lots of other state history/heritage agencies and have had two successful years, with booths and some hands-on activities. 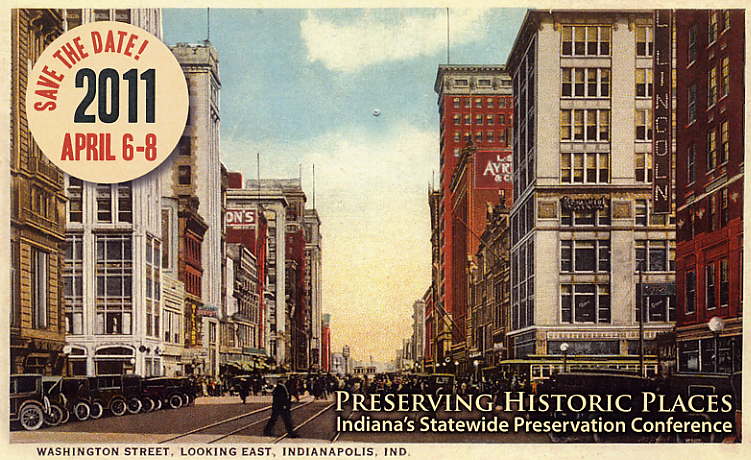 A great way to learn about Preservation in Indiana

We also organize the annual statewide preservation conference (Preserving Historic Places) with the other two sponsors (Indiana Landmarks and Indiana University).
(H.I. insert–I attended last year in New Harmony and loved the workshops I attended–2011 will be in Indianapolis, so everyyone with interest here has even more reason to attend!)

We are now also helping staff a Courthouse Preservation Advisory Commission created by state law in 2008. There will be a report to the Indiana General Assembly about the condition of historic courthouses, the needs of county officials in maintaining them, making recommendations, etc. We have been organizing efforts and coordinating the efforts to come up with the Commission’s final report. 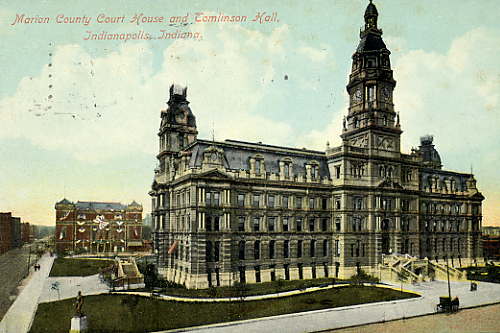 Pity the former Marion County Courthouse had been destroyed so long ago, before the formation of the Courthouse Preservation Advisory Commission.

A manager’s job is not usually working directly with the buildings themselves anymore, but it is useful to have done that as background.

HI: Advice you have for someone who would be interested in doing what you do?

JG: Getting a Master’s in Historic Preservation and doing volunteer work with organizations like Indiana Landmarks, for example. I took the academic training approach, which is one way to do it. Someone could start with a governmental or preservation agency and work their way up also.

HI: If you hadn’t pursued this career path, what would you have done?

JG: I can’t really imagine doing anything unrelated to history.

HI: How do can make a difference in preservation?

JG: Joining a not-for-profit advocacy group; volunteering for a major historic building or neighborhood; helping an organization that acquired and stabilized a building. You could also become an archaeology volunteer – of course, excavations must be under the supervision of a qualified archaeologist. 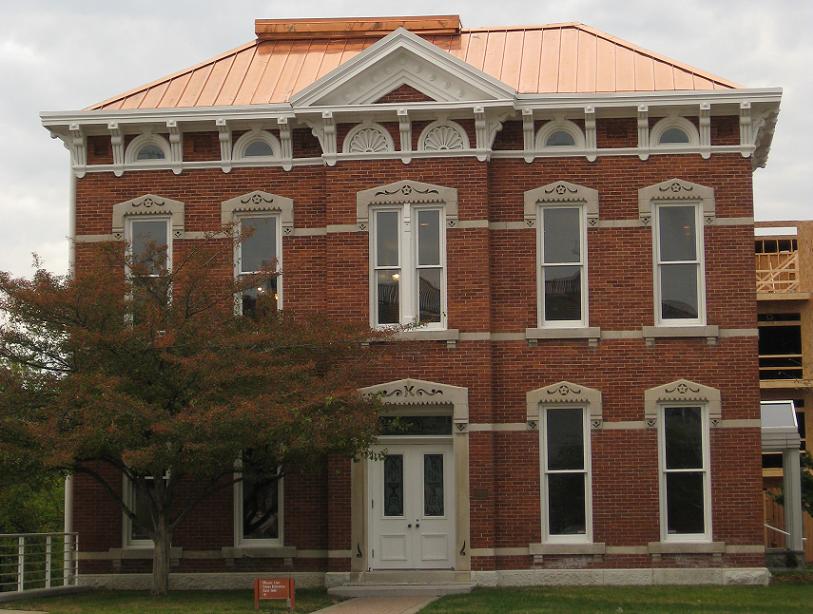 HI: What organizations relating to this do you most admire?

JG: Obviously Indiana Landmarks is a model, with nine field offices across the state gives Indiana a major level of awareness. In Indiana Landmarks, we have one of the top historic preservation organizations in the country. And the National Trust for Historic Preservation at the national level, which has grown tremendously in last 25 years, provides many advocacy tools, education and resources.

HI: Anyone in your field you find particularly helpful or inspiring?
JG: Reid Williamson, the long-time President of Indiana Landmarks, was one of the pioneers in the preservation field and I really learned a lot from him over the years. He had a good strategic sense in terms of protecting structures. He started several historic preservation revolving funds in Indiana and was a model leader.

Bill Murtagh – the founding Keeper of the National Register of Historic Places–also made a significant contribution to historic preservation on the national level—a very distinguished PhD architectural historian.

HI: Places that inspire you?

HI: Where on earth haven’t you been that you would like to see before you die?

JG: The Forbidden City in China. 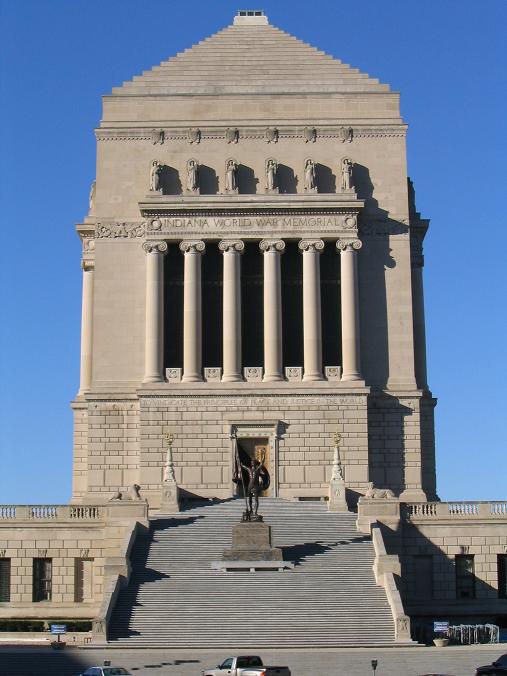 HI: What inspires you in Indianapolis

JG: The War Memorial Building, Scottish Rite Cathedral and the James Whitcomb Riley Home—it’s in a par all of its own.

JG: Saves- Athenaeum-again in a class by itself and Union Station.   Losses- English Opera House on Monument Circle- it was lost so early; Bates-McGowan House designed by Chicago architect William LeBaron Jenney in the Old Northside. 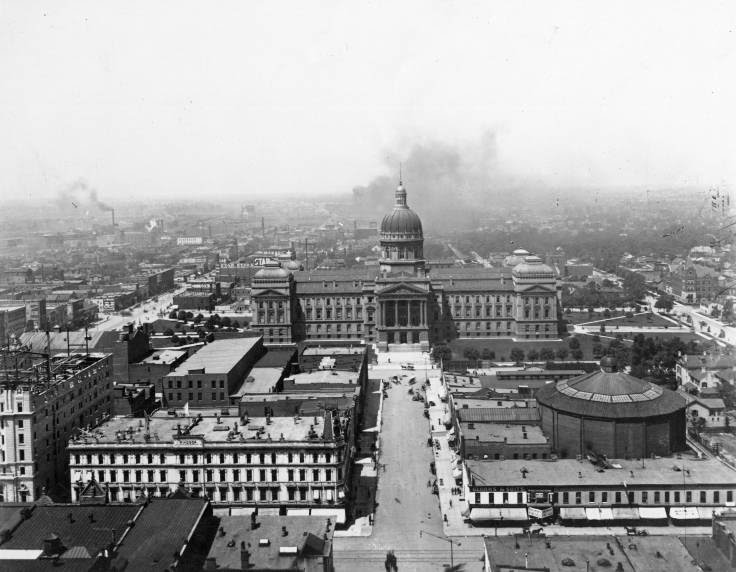 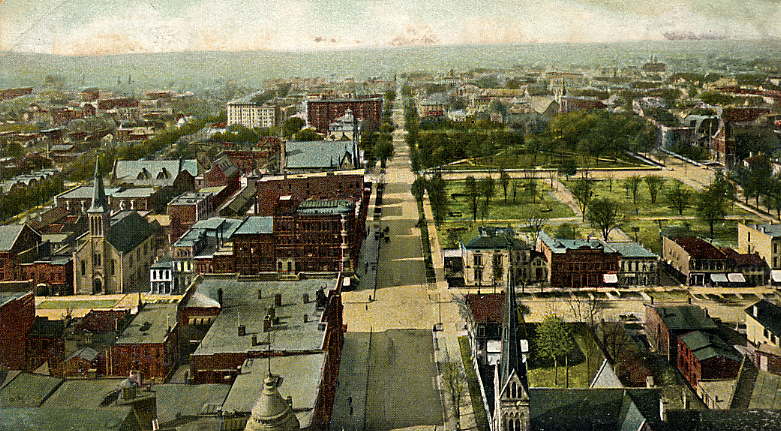 HI: What are the hallmarks of a quality you look for when visiting an historic museum or place?

JG: Original character– the most satisfying places have been altered the least. That is why the Riley home in Lockerbie Square is such a great example. The impressive original furnishings at the President Benjamin Harrison Home are also commendable.
HI: An architectural element you love?

JG: There is a magnificent newel post at the Eden-Talbott House—an 1870s home (at 1336 N. Delaware). 1,000 pieces of Black Walnut wood were put together to form the newel post at the foot of stairs. The walnut was cut in a planing mill nearby owned by Charlton Eden and came from hardwood forests in central Indiana.

HI: In your opinion, who should be the most famous architect in the history of Indianapolis? 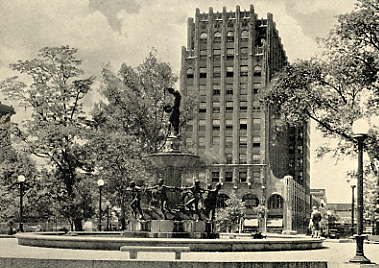 JG: Bernard Vonnegut was a gifted designer, went over to Germany and studied his craft and used that to design. Vonnegut was the primary designer in the firm of Vonnegut & Bohn. Also, Robert Frost Daggett who designed the Chamber of Commerce building and the Indianapolis Athletic Club. Daggett was one of the first Indiana architects to study at the Ecole des Beaux Arts in Paris, the most prestigious architecture school in the world 100 years ago. Also, Thomas Hibben who worked with Daggett. 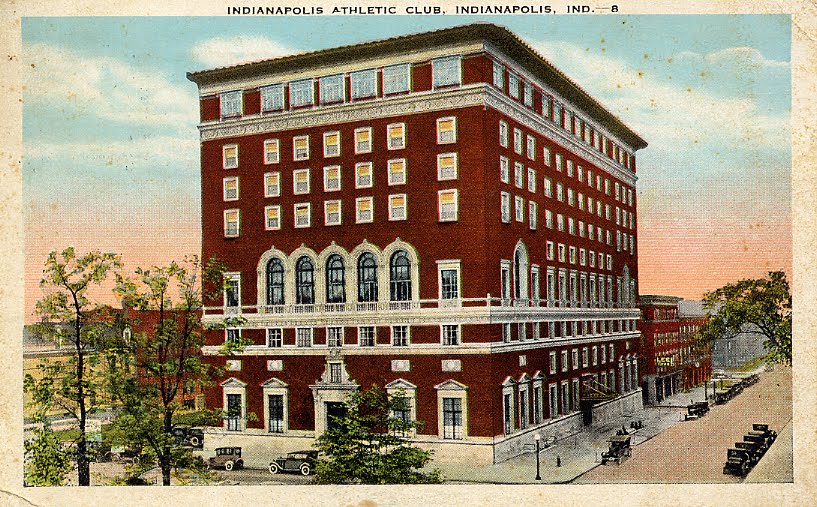 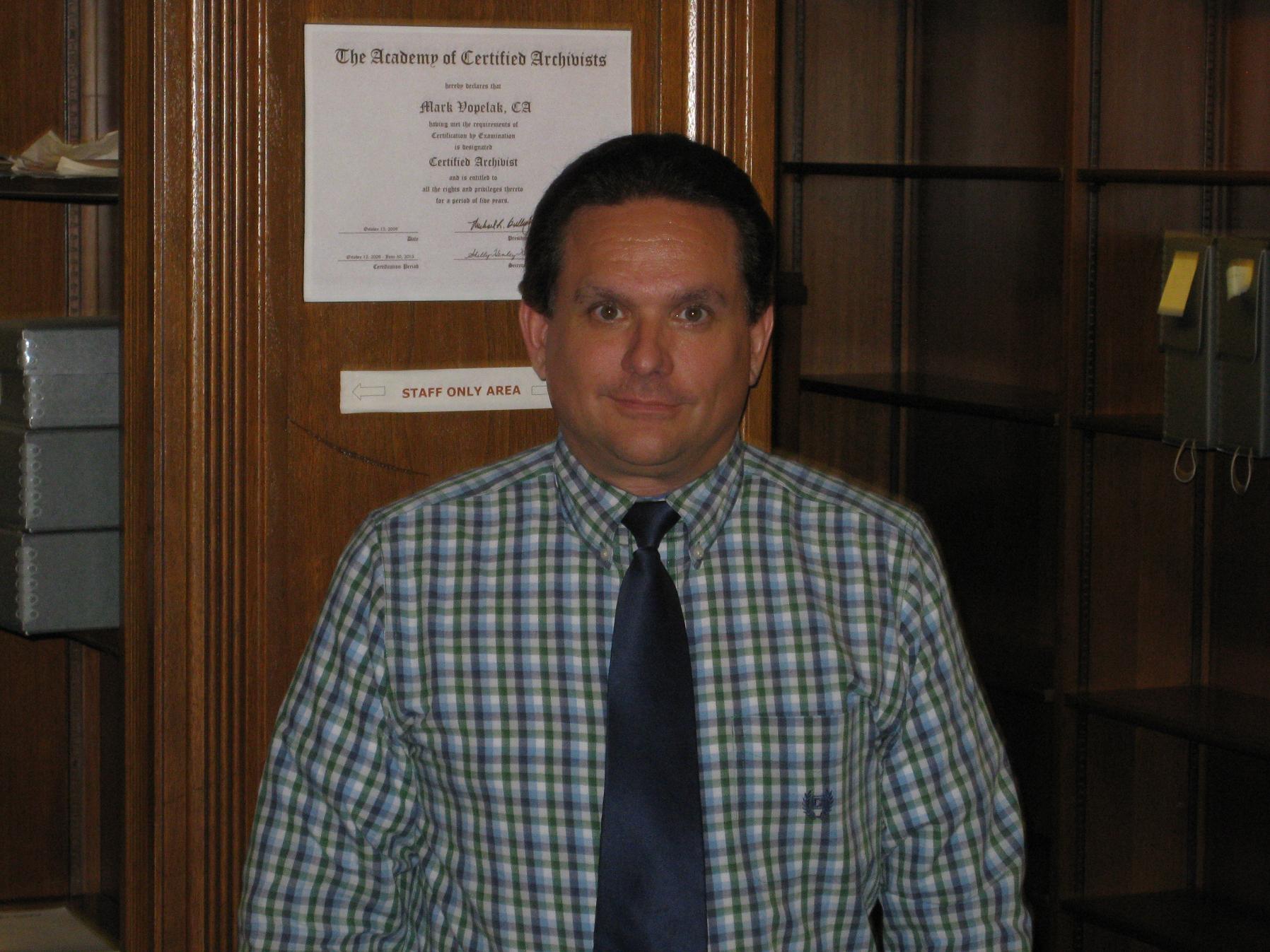 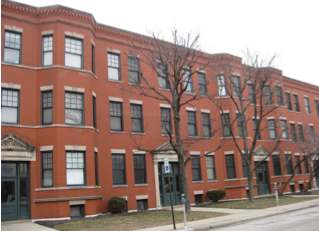 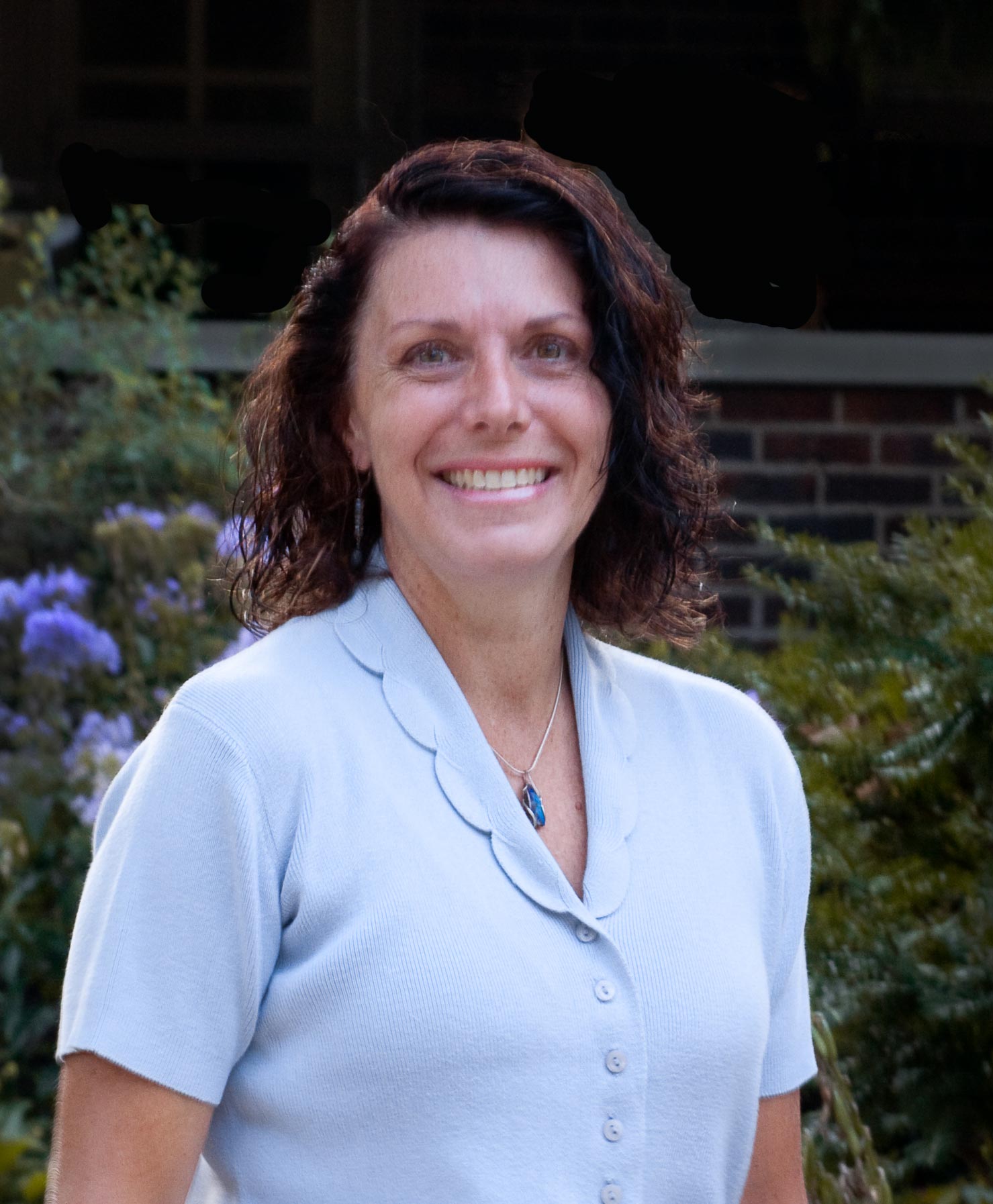 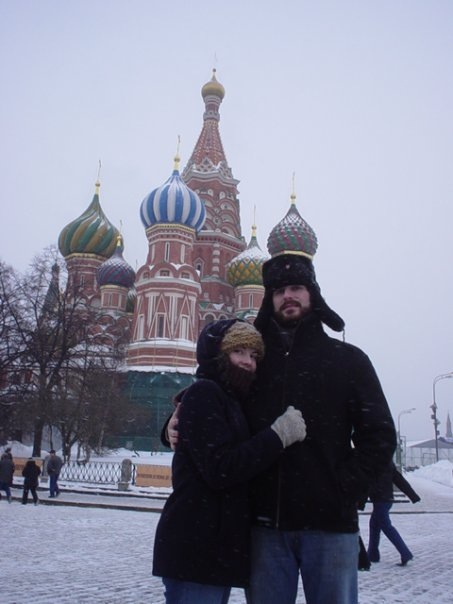