Yesterday, I was honored to receive a Recogniton Award for Historic Preservation for the original Historic Indianapolis blog (which is now this website) from the Caroline Scott Harrison Chapter of the Daughters of the American Revolution.

Caroline Scott Harrison was the 7th member of the National Society of the Daughters of the American Revolution, a genealogical society founded in 1890. Mrs. Harrison was also the First President General of the organization and she died while serving in this position. This Indianapolis chapter is one of the largest in the country, which seems an appropriate tribute to the chapter’s namesake. The Caroline Scott Harrison Chapter of NSDAR was the first chapter in Indiana, organized by Mrs. Harriet McIntire Foster on 21 February 1894.

The above photo, formerly 824 N. Pennsylvania Street, became the home of the Caroline Scott Harrison Chapter of DAR between 1921-1925, but sometime after 1950, the decision was made to relocate further north, closer to the society ladies who populated this group, and this building was sold off and razed. Check out another view on WhatWasThere.com And check out the Italianate in this panoramic picture that stands approximately where The Ambassador stands today.

At least the Paul Cret building is still standing, even if it has been disfigured. 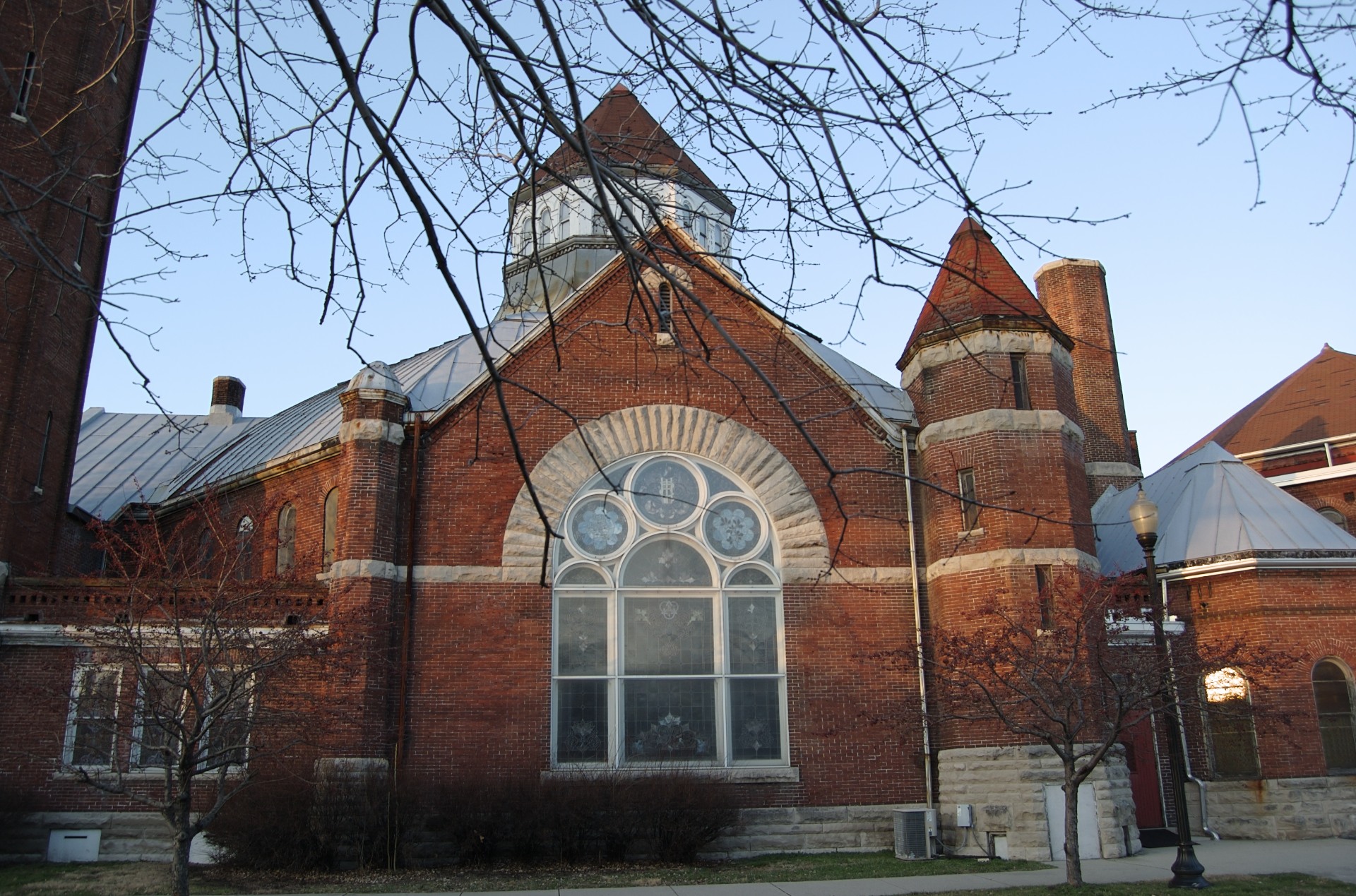