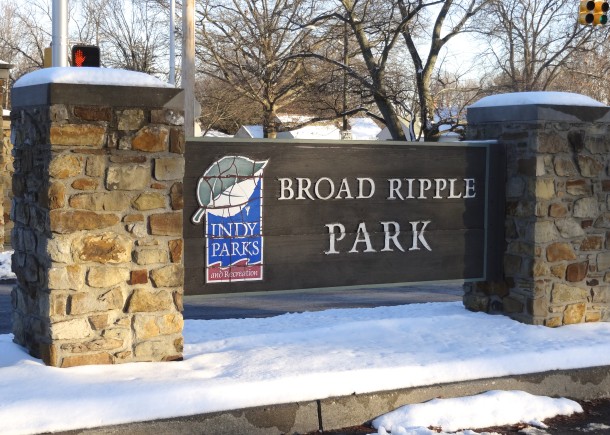 There’s something magical about walking through freshly fallen snow. The crunch of each step breaks the winter silence as the snow gives way beneath your boot. Sunbeams reflecting off the white powder bask the chilly landscape in a fresh brightness absent from even the sunniest of spring days. The air feels crisp and clean.

Perhaps you were one of the few brave souls who ventured out for a walk in the snow last week at Broad Ripple Park. Located at 1550 Broad Ripple Avenue, this 61-acre park teems with visitors during the warmer months. Joggers make their way around the wooded exercise trail while children on swings point their toes skyward. Intramural rugby, soccer, and football teams go head-to-head on the grassy fields at the north end of the park. On Tuesdays and Sundays, you can find courageous yogis taking flight as they practice AcroYoga, a hybrid of yoga, gymnastics, and balancing stunts, usually performed with a partner. Anglers cast their lines into the White River, which forms the western border of the park, hoping for a bite. But on this cold December day, the park is almost empty. In the stillness I can hear branches cracking under the weight of snow, birds calling to one another, and squirrels feasting on the nuts they stashed away weeks ago. 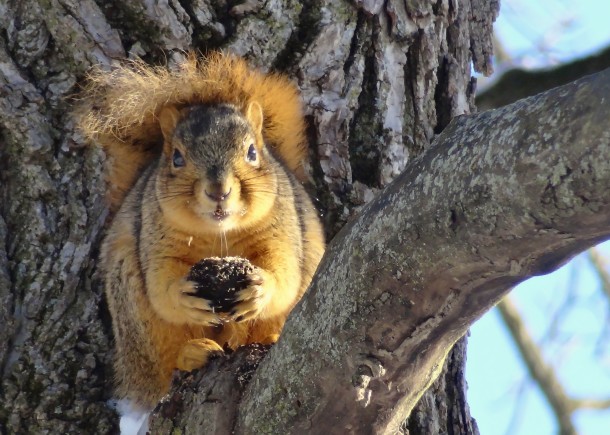 A picnic in the park

Even on a busy summer day, the activity of today’s Broad Ripple Park doesn’t compare to its heyday. Jonas Huffman purchased the land from the United States government in 1823.  Upon Huffman’s death in 1863, his son James inherited the land with partner Charles Dawson. 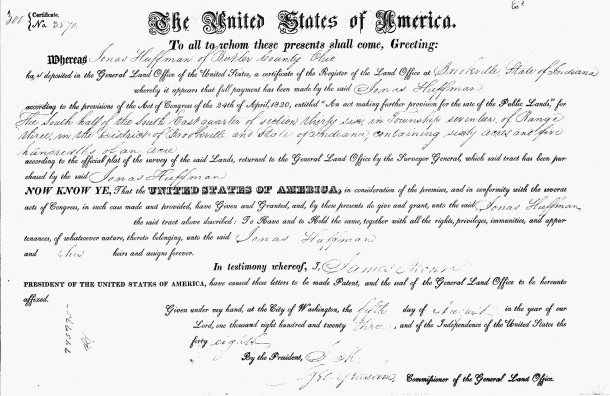 By 1866 the Dawson family bought James Huffman’s share of the land and the park became a popular picnic destination. In the 1890’s visitors enjoyed leisurely cruises down the river on steamer boats and canoes. In 1904 two building contractors bought the land and began construction of an amusement park. Entrepreneurs W.H. Tabb and Dr. Robert C. Light purchased the park in 1906, added more attractions including a 500-foot boardwalk, dance hall, restaurant, penny arcade, and the world’s second-largest swimming pool, and named it White City. The design was fashioned after the 1893 Chicago World’s Fair and featured electrified street lamps, a rarity in those days. 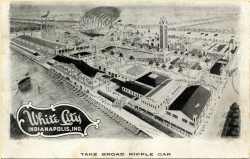 A postcard from White City

The business venture proved to be ill fated: White City was destroyed in a fire in 1908 and the pair was forced to sell the park. The park changed hands a number of times over the next three decades, with each new owner adding new attractions. The Union Traction Company owned the park from 1911-1922, adding the carousel that currently delights visitors of the Indianapolis Children’s Museum (it found its home there in 1956). White City became Broad Ripple Park in 1922 when James Makin took ownership and built sporting fields and a roller coaster that rivaled Coney Island (Makin later founded Indianapolis’s The Riviera Club on North Illinois Street). Broad Ripple Park was eventually purchased by the city of Indianapolis in 1945.

The Park rose to national fame in 1924 when it hosted the Olympic swimming trials in its (then) state-of-the-art aquatic facility. Here, Johnny Weissmuller qualified for a spot on the U.S. Olympic team and later went on to win a gold medal in the 100-meter freestyle. The pool was later turned into a stocked fishing pond and eventually filled in to build today’s tennis courts. 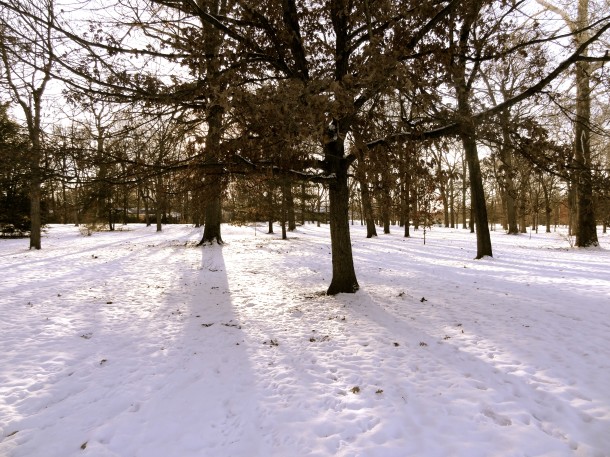 An afternoon in the snow

The park looks drastically different now than it did a century ago. The pool has been moved to the front of the park and in 2003, the Family Center and White River observation deck opened. Dogs of all shapes and sizes romp in the Bark Park—Indy’s first, established in 1999. The only remaining sign of White City Park is a large concrete pillar that used to serve as the base of a carnival ride sitting off to one side. Today’s park is shaded by trees, making its lush grassy areas the perfect place to spread out a blanket and get lost in a good book. Feathered, finned, and four-legged creatures of all shapes and sizes call the area and the adjacent river home. Ample shelter houses provide a place for communities to meet and families to celebrate. Broad Ripple Park has evolved into a natural oasis in the middle of a bustling city.

While Broad Ripple Park is a great destination for nature-lovers, dog owners, and sports and fitness enthusiasts, those with young children might be disappointed by the sparse playground equipment and unkempt restroom facilities, but there is plenty of space for picnicking and outdoor games. 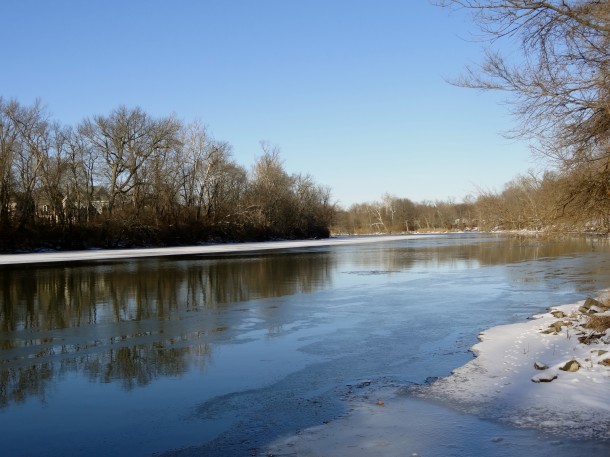 As I gaze at the White River from the park’s observation deck, I can’t help but think how lucky we are to have a park system that gives us places to escape the traffic, noise, and chaos that often accompanies living in a large city. Lucky for me, this one is a few blocks from my house, so I always have time for a walk in the park, even when the ground is covered in snow.