Think about what it was like to attend the Indiana State Fair and Exposition before electricity was invented. Enjoy a couple of highlights, excerpted from an 1874 Indianapolis newspaper.

“The center figure in W.L. Woods display is a most elegant glass chandelier worth in the neighborhood of seventy-five dollars. It is a beauty indeed. Wood keeps the well-known shop at 39 Virginia Avenue. At night he lights up part of the Exposition building in such a way as to make gas light look sickly. Those who prefer a good light, cheaper than gas, will bear in mind that Wood is the man to patronize, as his oils are the best in the market, and his lamps of the very latest and most improved patents.”

What must that have looked like? By gas light or oil lamp, this expansive brick building must have looked magical, appearing in the distance from what was (at that time) the far edge of the city of Indianapolis…

Johnston Brother’s Display is an exceptionably fine one, including stoves and house-furnishing goods in one department and marble mantels in the other. It is in the latter department where Johnston Brother’s excel, and of which they are proud. One specimen of mantel of Vermont marble is particularly conspicuous and attracts universal attention. It is of a pure alabaster white, handsomely chisled after a model of which there are but five copies in existence. There are none others superior to it in merit. They also display mantlels in oiled and polished walnut. 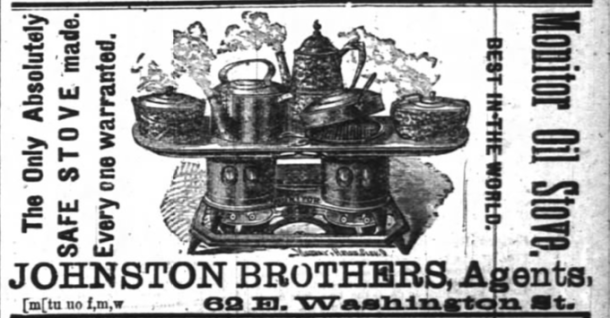 And from the City Personals:

“Shrader’s Bird Menagerie, at the Exposition, is the grand center of attraction in Floral Hall, and “Polly Want a Cracker,” “Such Little Dears,” “Beauties,” etc, etc, are heard 5,000 times (a) day.”

“Any one taking passage at the Bates House corner on one of the Illinois street line of cars for the Exposition will notice that at the corner of Illinois and Tinker* streets a heavy set, dark complexioned man steps upon the first platform of the car, looks through the front door as if he was hunting some one. When he leaves the car it will be observed that he makes an entry in a book which he had in his hand when on the car. This man is called a counter and for whom the street car conductors have a holy horror. It is this counter’s duty to count the number of passengers in each car, and make an entry of the number…”

“Nelly Taylor, the Metropolitan queen of song, visited the Exposition last Monday, and was presented with one of Tripp’s best bouquets.” 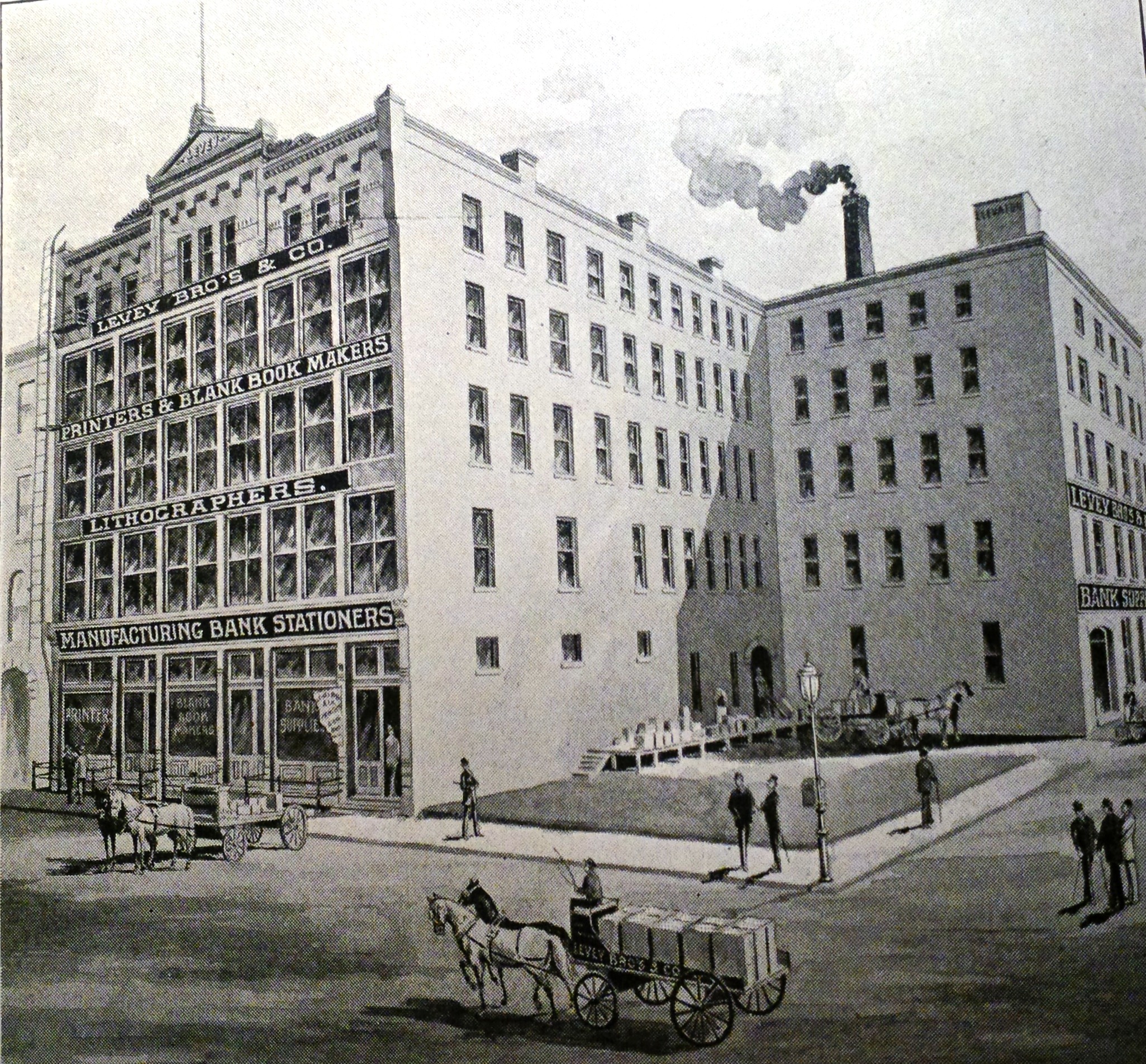