During his 30 years in the automobile industry, Harry Clayton Stutz had a hand in many automobiles that crossed the American landscape.  The one bearing his own name, the Stutz, is the most well known among his contributions.

In 1911, Stutz formulated his dream of a quality sports car built from assembled, high-quality components manufactured by outside suppliers at a price below $2,000.  The first Stutz was built in just five weeks and was immediately taken to the Indianapolis Motor Speedway for the inaugural running of the 500 Mile Race.  Gil Anderson drove the car to an eleventh place finish.  Thus, the advertising slogan: “Stutz – The Car That Made Good In A Day.”  He immediately organized the Ideal Motor Car Company to manufacture the Stutz Model A, a duplicate of the Indy race car.

The famous Stutz Bearcat sports car appeared in 1912 for a run of 10 years.  It followed the usual Stutz recipe of a low-slung chassis, a large engine, and other bare necessities–hood, fenders, a right-hand raked steering column, two bucket seats, a fuel tank behind the seats, and wooden spoke wheels.  The Stutz Bearcat was a popular car in the $2,000 price range.

In June 1913, the Ideal Motor Car Company was reorganized as the Stutz Motor Car Company with Harry Stutz as president.  The demand for Stutz motor cars prompted the construction of a new manufacturing facility at 1002 North Capitol Avenue in Indianapolis. 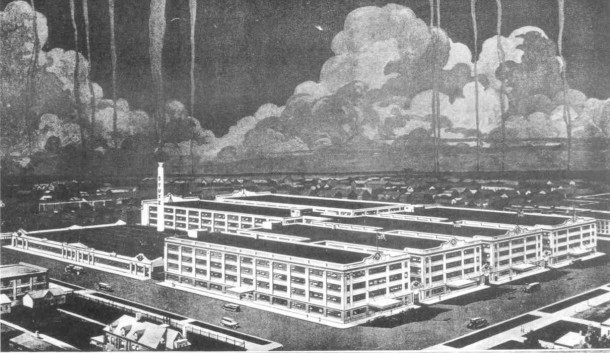 Increasing sales necessitated an expansion of manufacturing facilities in 1916.  Stutz also decided to sell stock in his company in 1916. A group of Wall Street investors headed by Allan A. Ryan bought controlling interest in Stutz. Unhappy with the new direction of the company, Harry sold his remaining interest in the company that bore his name in June 1919.  At the end of 1919, with rapidly increasing sales, the Stutz company further expanded its manufacturing facilities to cover the entire city block.

The boom following World War I provided Stutz with one of its best years ever, with 2,816 cars sold in 1920.  Unfortunately, the recession of the early twenties took its toll on many auto companies, and Stutz was no exception.  The Stutz Company reacted to decreasing sales promptly with a price reduction in July 1921, but reported a loss for the year. Stutz’s proven four-cylinder models were aging in the marketplace.

In August 1922, control of Stutz passed to Charles M. Schwab and his associates.  The popular Bearcat model was no longer listed after this date. 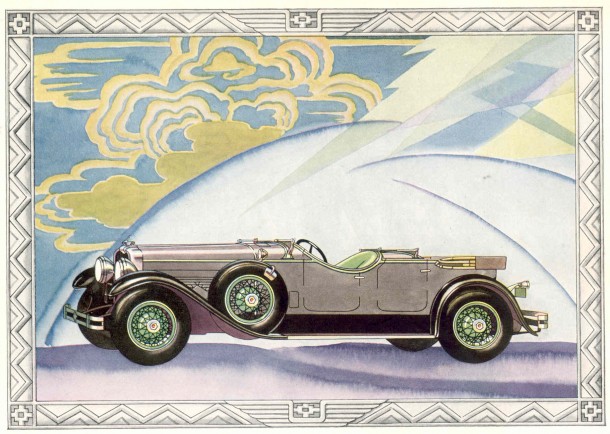 Stutz introduced the six-cylinder Blackhawk marque starting at $2,345, in January 1929, at the National Automobile Show in New York City.  By July, the company reduced the price to $1,995 in hopes of being more competitive in the market.

In May 1931, Stutz introduced the DV-32, designed to compete with the new multi‑cylinder cars being brought out by Lincoln, Cadillac, Marmon, and others. DV-32 prices started at $4,895.  The single-camshaft eight with two valves per cylinder was renamed the SV-16.

Meanwhile the Depression was taking its toll on the smaller manufacturers who lacked the financial resources to survive. After record sales of 5,069 cars in 1926, the Stutz company business declined to 110 autos in 1933.  Stutz auto production effectively ended with the final six cars built in 1934.   The company continued to manufacture a light delivery van called the Pak‑Age-Car until April 23, 1938, when a federal court ordered liquidation.

Today, the Stutz building complex is an outstanding example of industrial recycling.  Developer Turner Woodard has divided the approximately 360,000 square feet into light-industrial flex space.  Tenants include Web studios, business incubators, and artists’ lofts.  Turner displays many Stutz automobiles and a Stutz fire engine in one of the building’s enclosed courtyards.