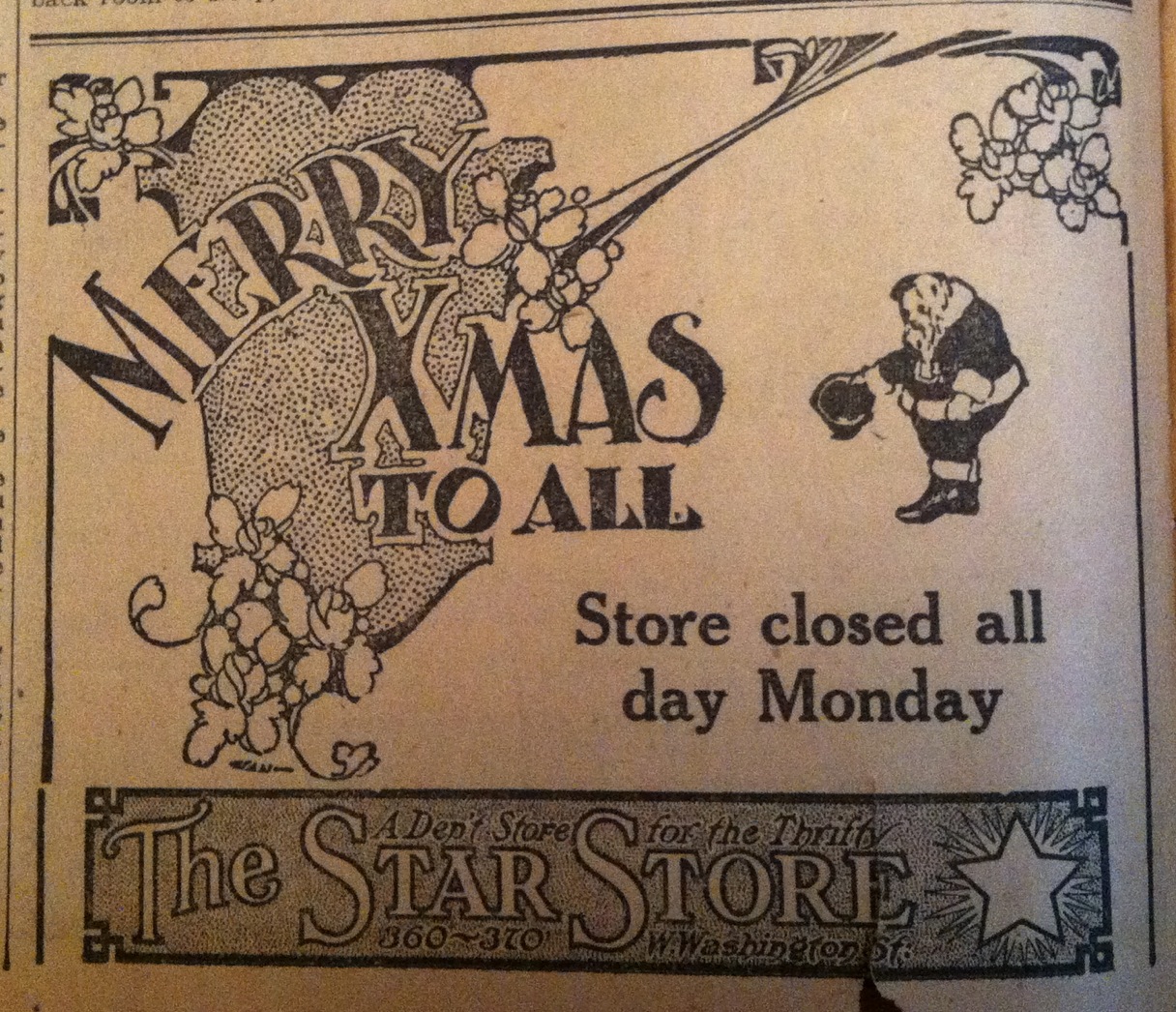 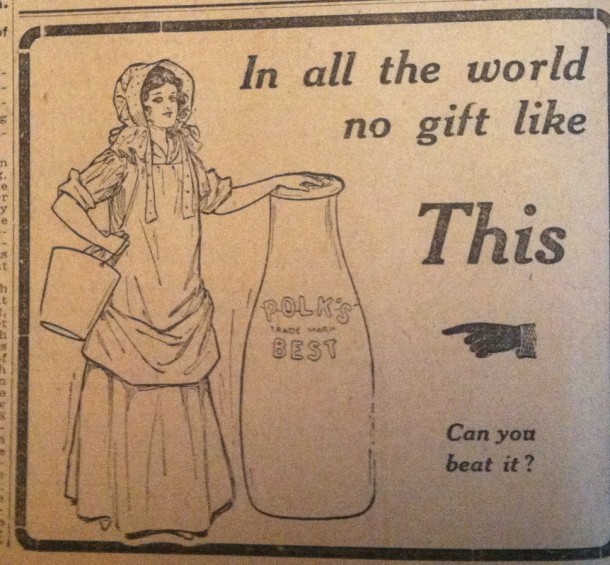 Christmas ads of 1910 are all over the map. From milk to diamonds and well wishes from all forms of business… 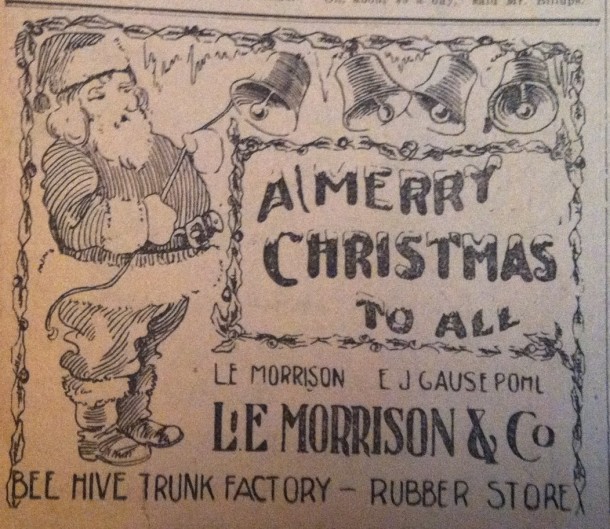 The L. E. Morrison & Co. was one of the many Washington Street businesses… 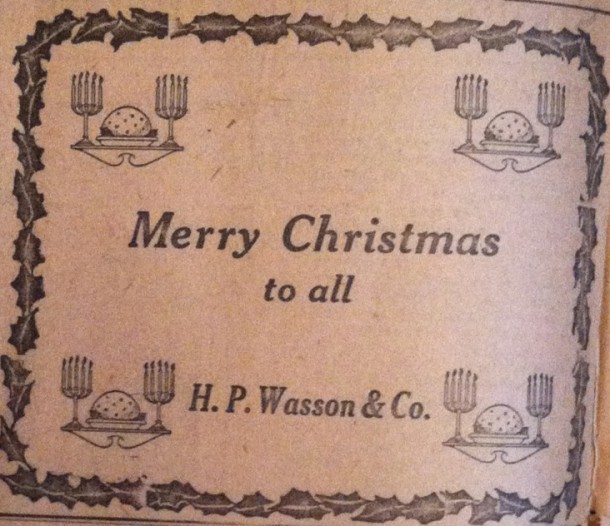 …not far from H.P. Wasson & Co – and interesting to note, the owners were Jewish. (The candelabras look like abbreviated menorahs.) 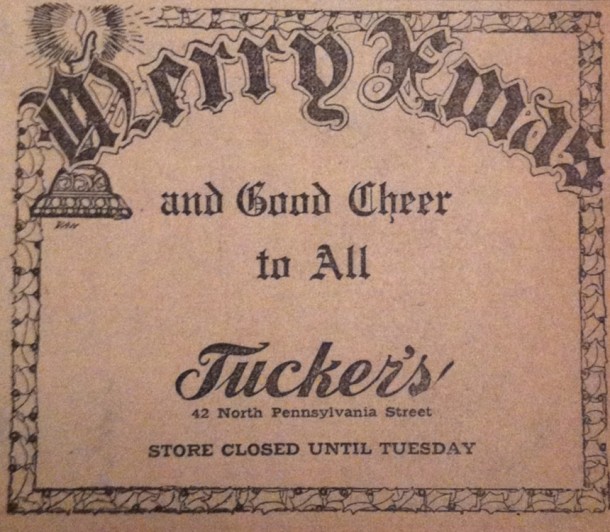 Don’t know what Tucker’s was, but interesting that in 1910, they were already using Xmas as a shortened version of Christmas. 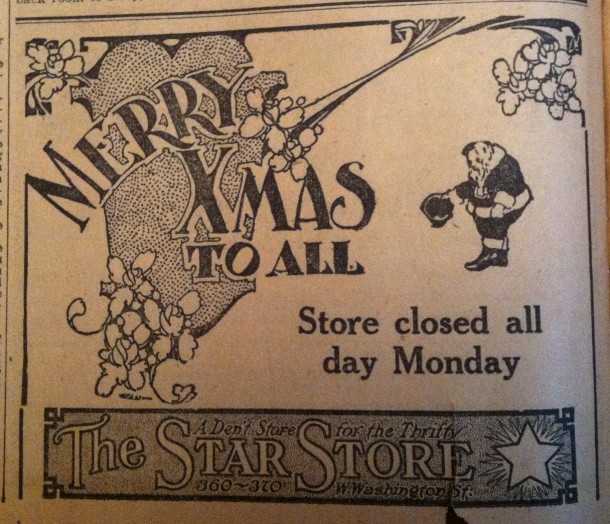 The Star Store is not as well recalled as Block’s or Ayres, but it too, was one of the city’s department stores. 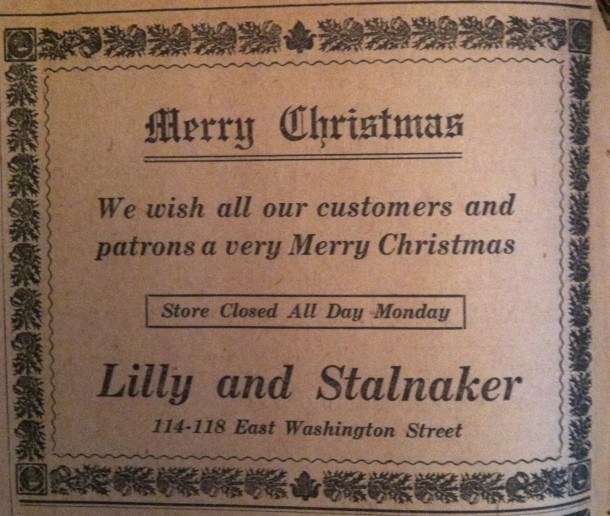 Lilly and Stalnaker, not to be confused with Eli Lilly and company, this was a competitor to Vonnegut Hardware Store. In the Vonnegut ad, they got a few gift suggestions in the ad. 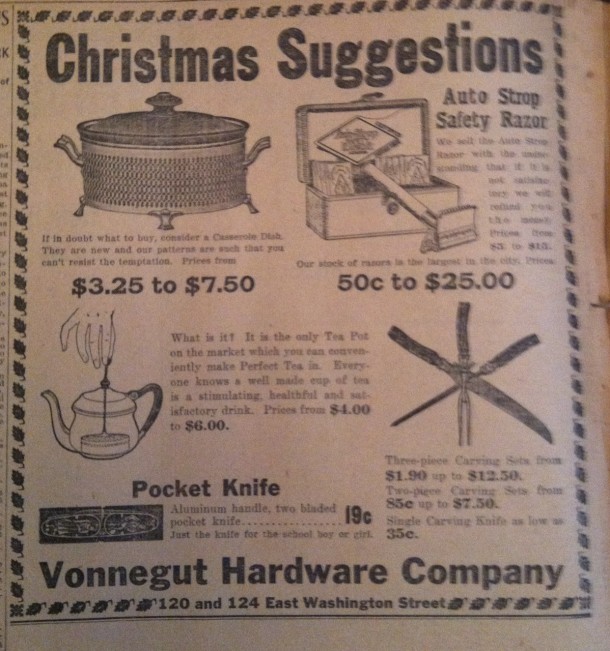 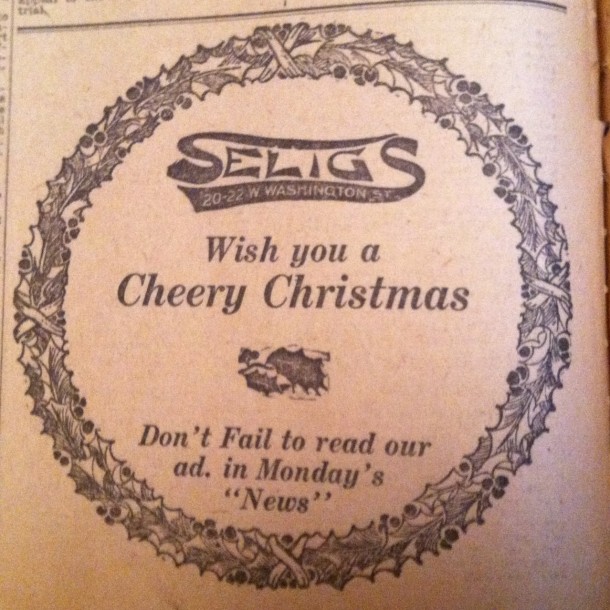 Selig’s was another Dry Goods Store which stood across the street from the aforementioned L. E. Morrison & Co. 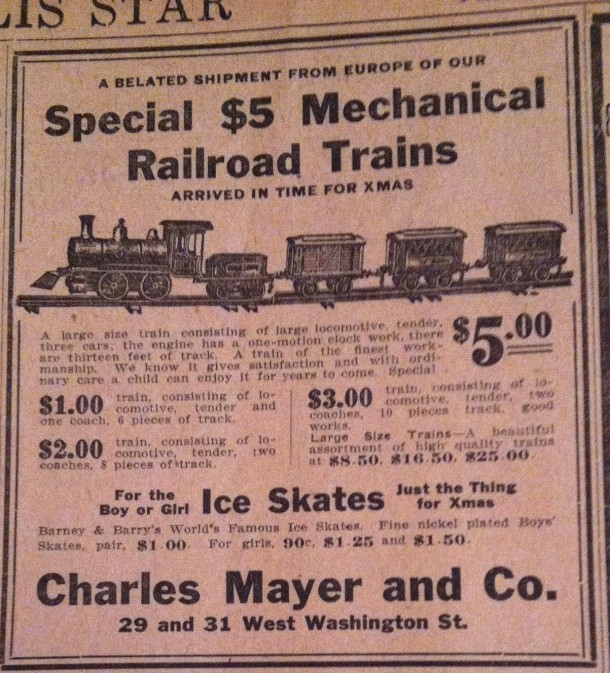 Charles Mayer & Company was another department store, and happened to be the next door neighbor of L. E. Morrison & Co. 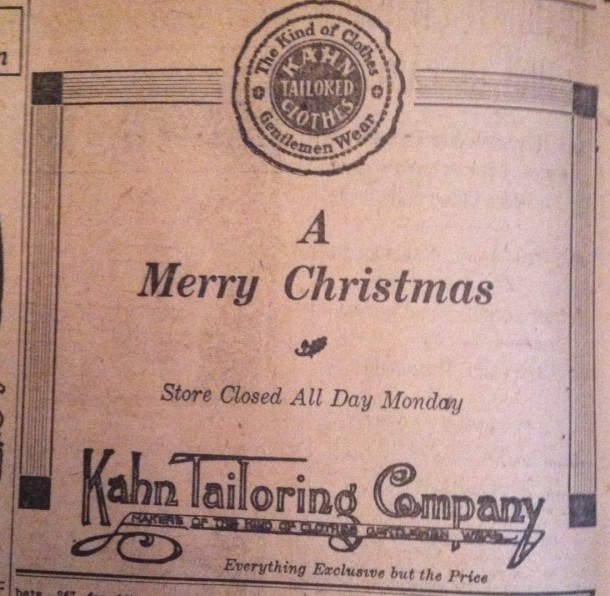 Above is a  Christmas wish from a long-standing favorite tailoring company in Indianapolis with a reminder of when the store would be closed. 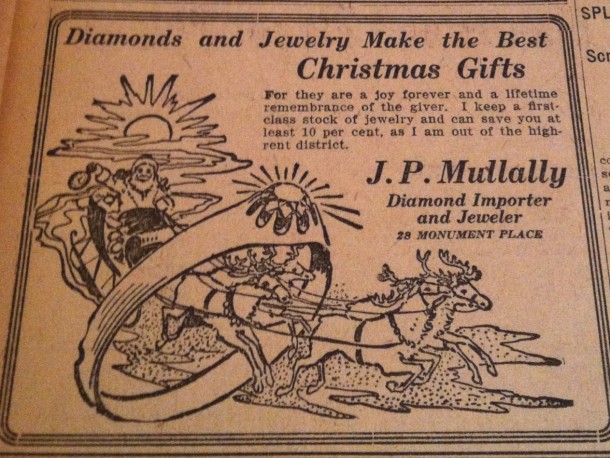 On the extravagant end of gift-giving, there were many advertising jewelers (glad to see anything other than the chain that starts with a “K”). J.P. Mullally was located on the Circle and J. C. Sipe, just around the corner on Meridian Street, immediately south of the Circle. 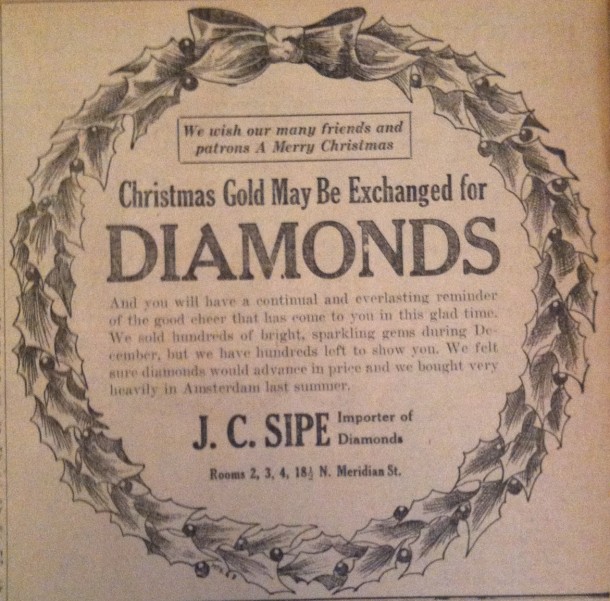 For those who already had the diamonds, what a practical gift: storage for your jewels. Where Barnes & Thornburg now stands.

And just like now, advertising for cars sees an uptick. The Overland was available at 400 North Capitol–note, at “The Fisher Automobile Company.” 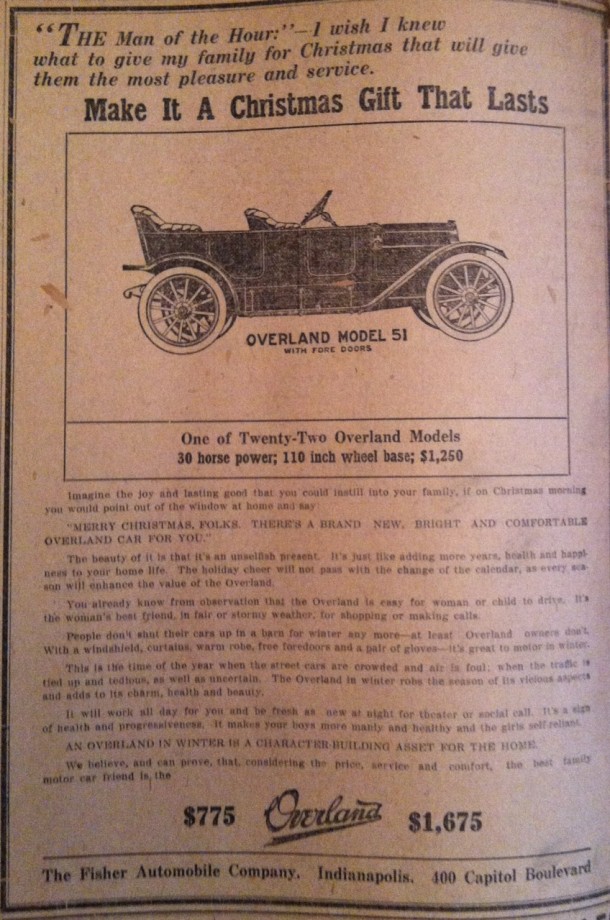 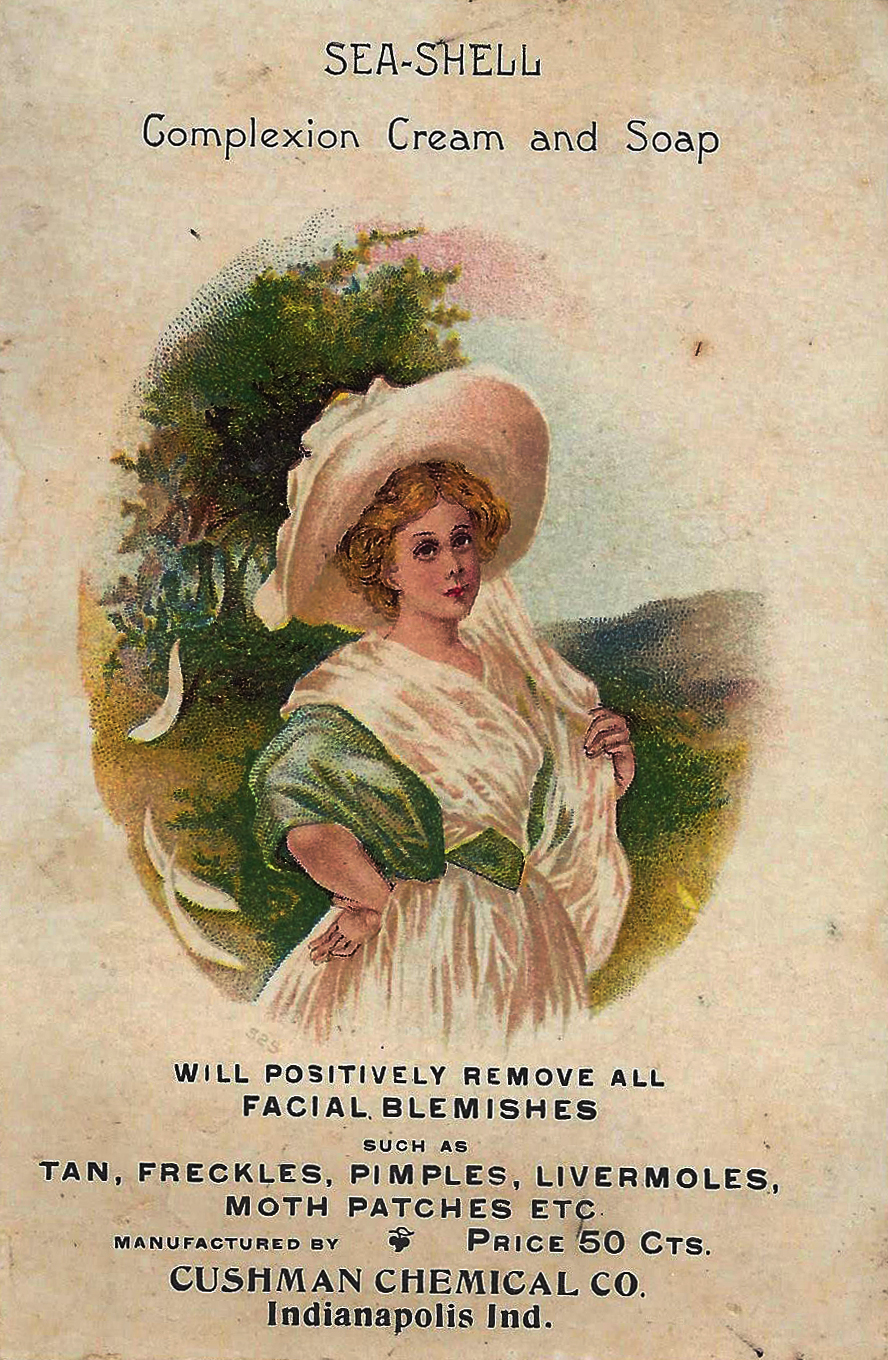 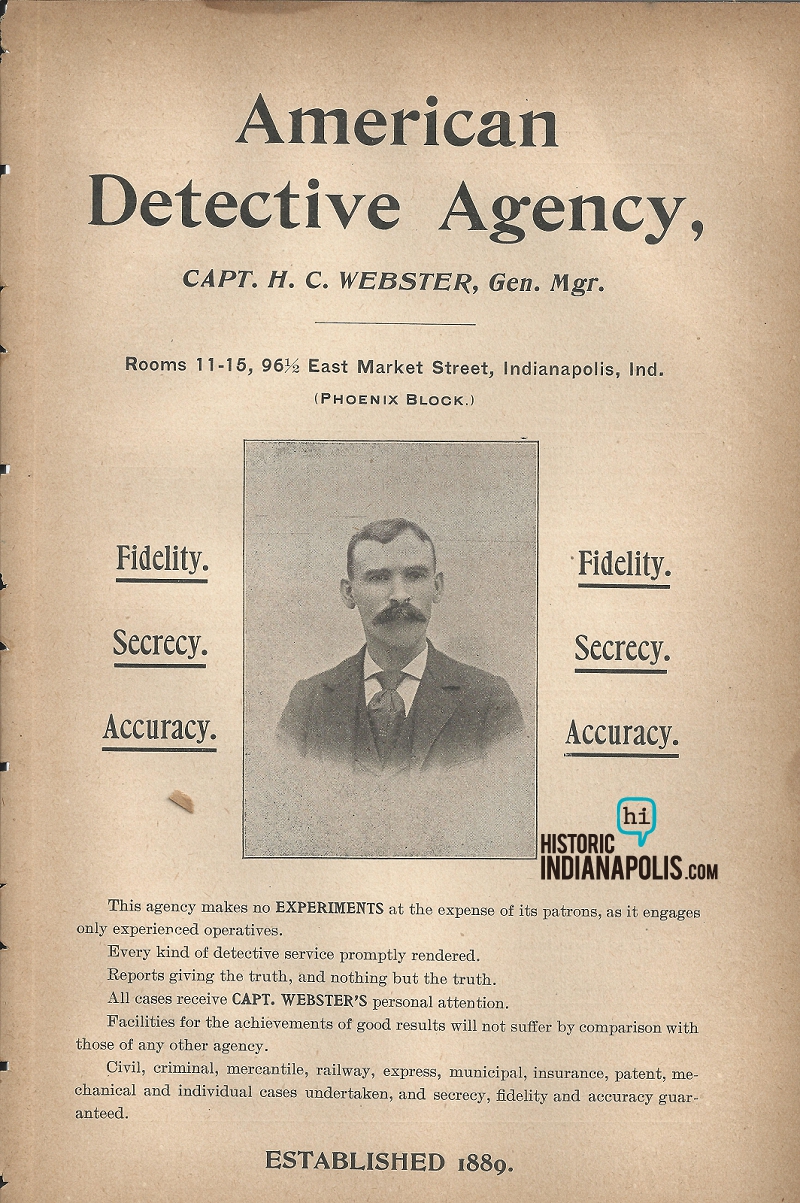 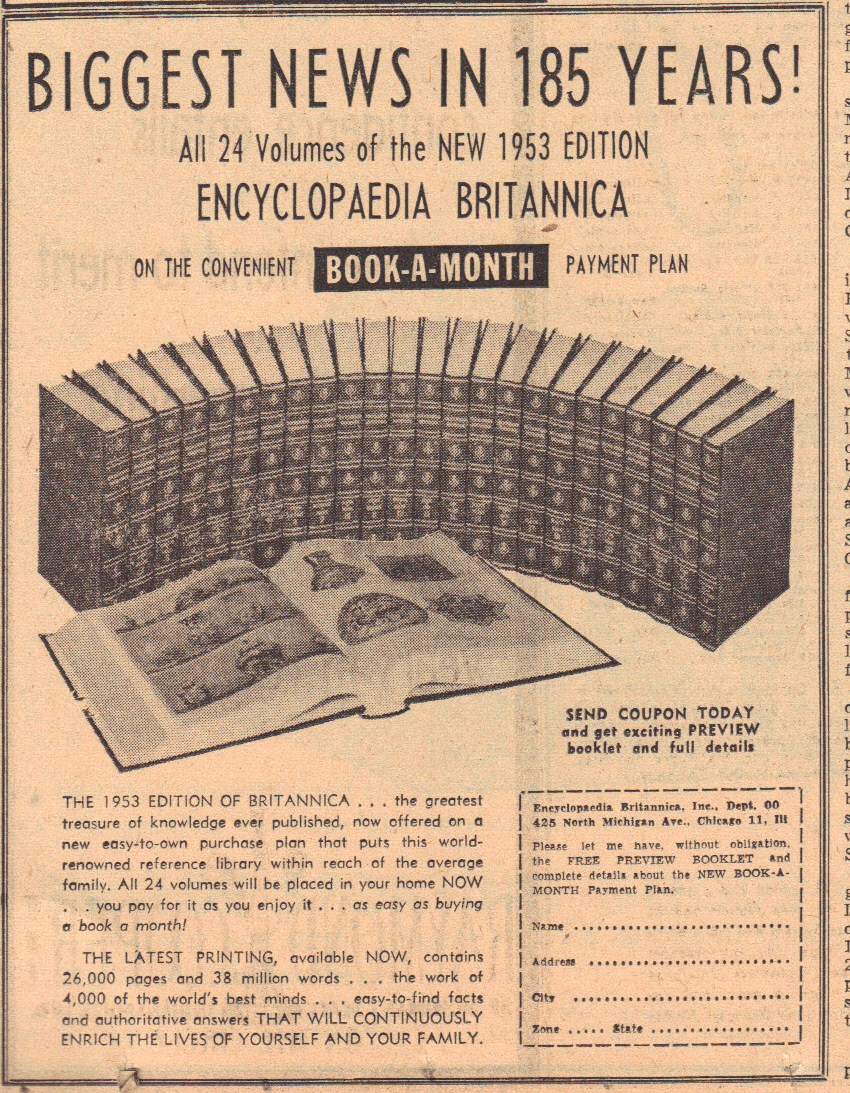