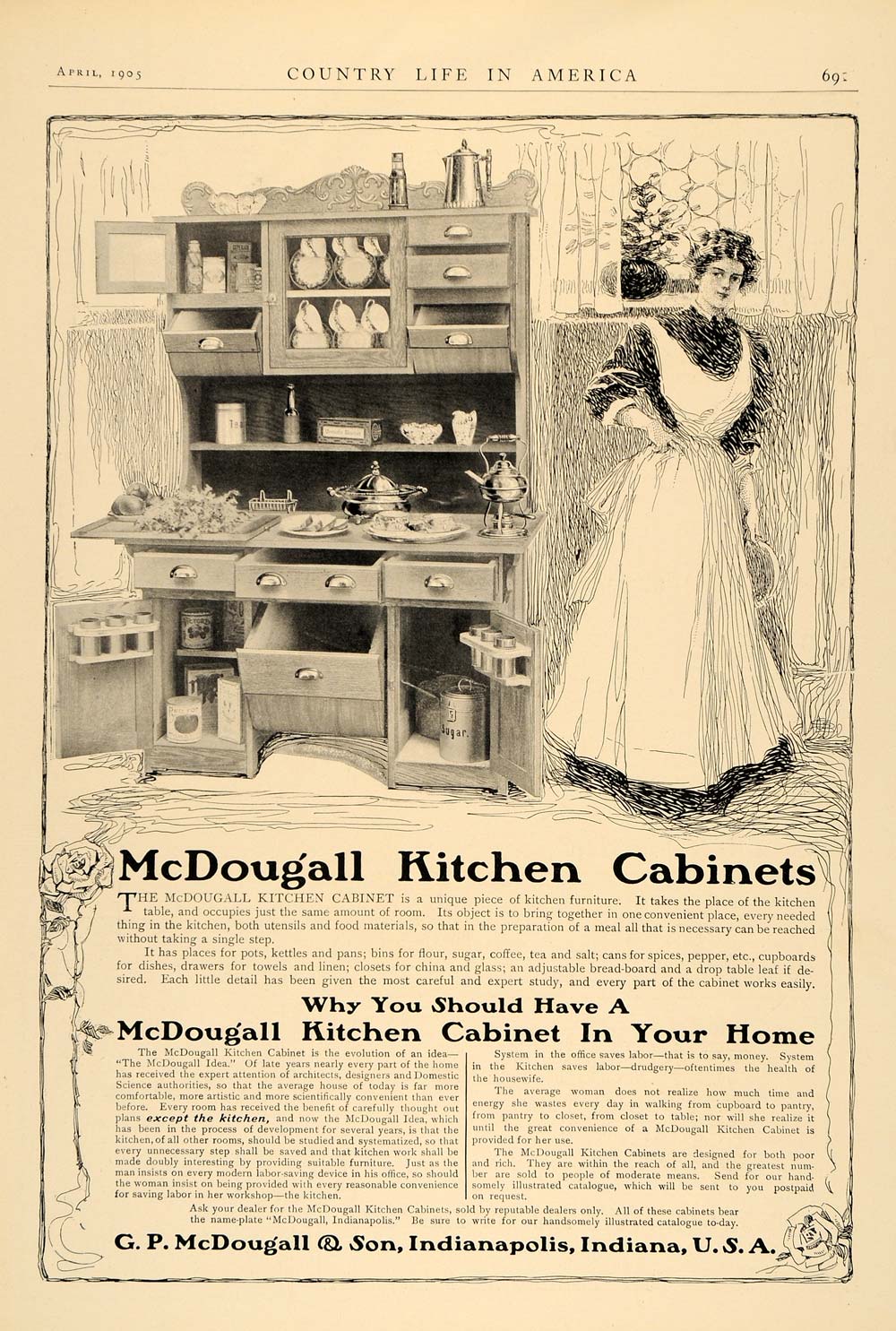 This advertisement, from April 1905, features one of the fine cabinets, for which many patents were issued, made by G.P. McDougall & Son.

George P. McDougall, a lifelong Indianapolis resident, was born in 1844.  His family was already well-known in Indianapolis society, as his grandfather, Nathan B. Palmer, was the onetime Indiana State Treasurer and owner of the Palmer House.  Palmer Street is named after McDougall’s prominent grandfather as well.

After serving time in the Navy, McDougall entered the furniture-making business in 1880 with his brother, Frank.  His son, Charles, joined the business in 1895.  G.P. McDougall & Son cabinets thrived with a design based on “The McDougall Idea” – combining cupboard, pantry, closet, and even the table into one time-saving piece of furniture.

George passed away in 1901 from complications from rheumatism.  His death at fifty-seven years old spared him from witnessing the destruction of his life’s work – on September 22, 1909, Otto Truhann, the night watchman at the G.P. McDougall & Son factory started a fire that would leave the building in ruin.  Truhann pled insanity, and was sentenced to twenty years at the Hospital for Insane Criminals in Michigan City, Indiana.

After the fire, Charles moved the business to Frankfort, Indiana.  At that time, he also changed the name from G.P. McDougall & Son to simply McDougall Company.  It is unclear how long the McDougall Company continued to make cabinets, however, there exist advertisements dating to 1921.  Charles passed away in 1933.  Both George and Charles were interred at Crown Hill Cemetery. 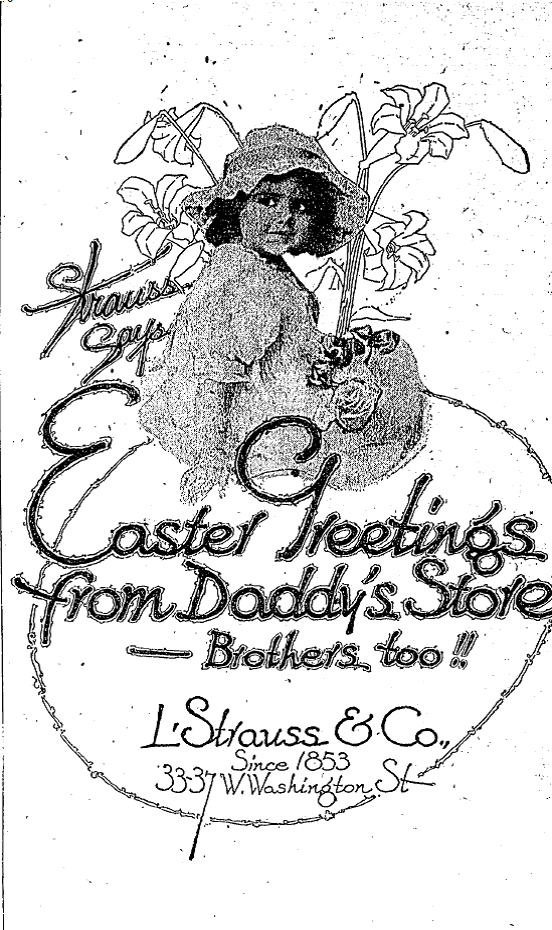 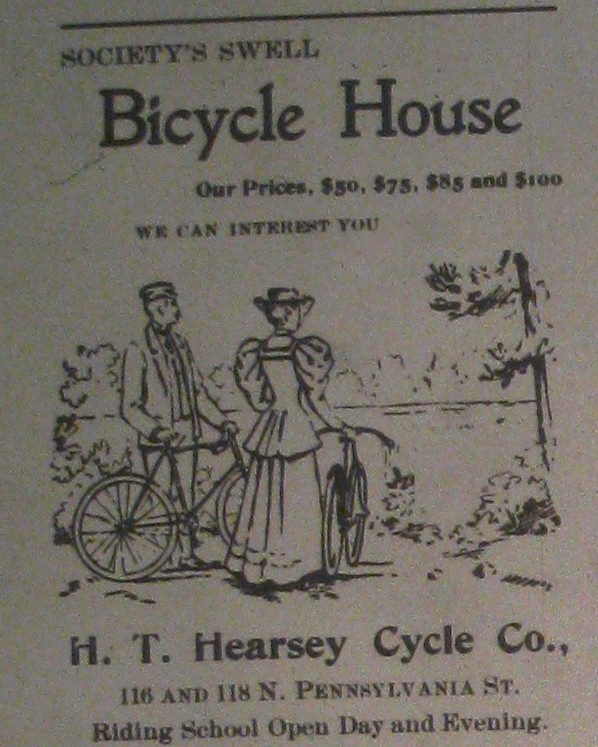