I think most of us have heard of the Hoosier Kitchen Cabinet, right? (There is one on display at the President Benjamin Harrison Home, if I’m not mistaken.) Thumbing through Good Housekeeping from 1919, there were advertisements not only for the Hoosier Kitchen Cabinet, but others as well. Also for early refrigerators, hailing from elsewhere around our great state. Seems a number of such companies existed in the midwest… 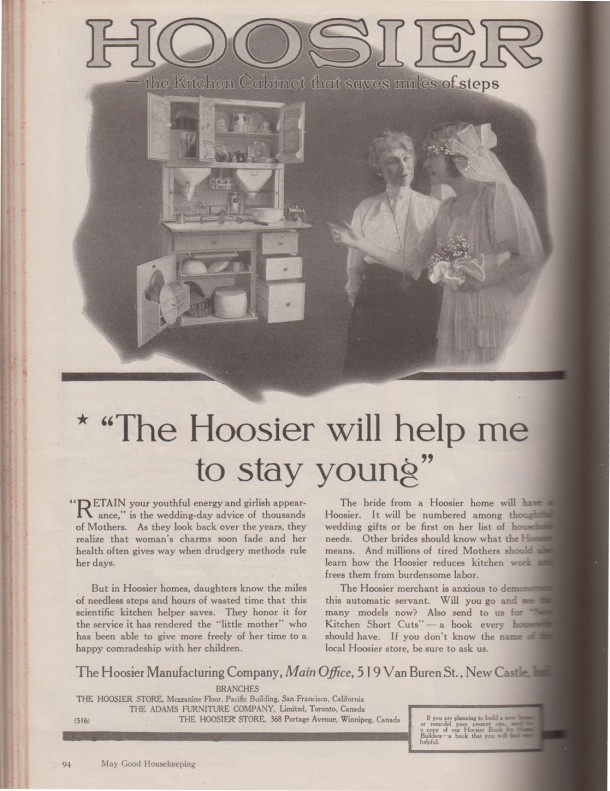 Apologies for the image quality, but you see the main office for the Hoosier Manufacturing Company was in New Castle, Indiana. 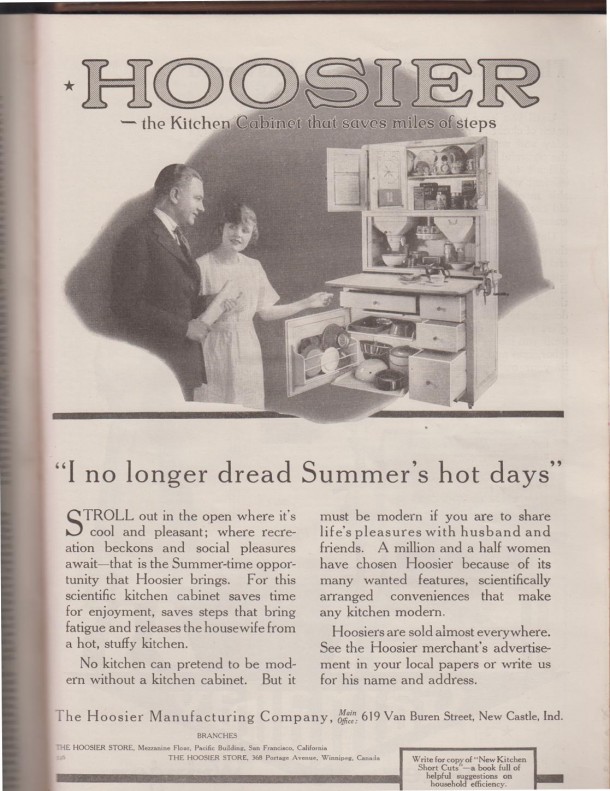 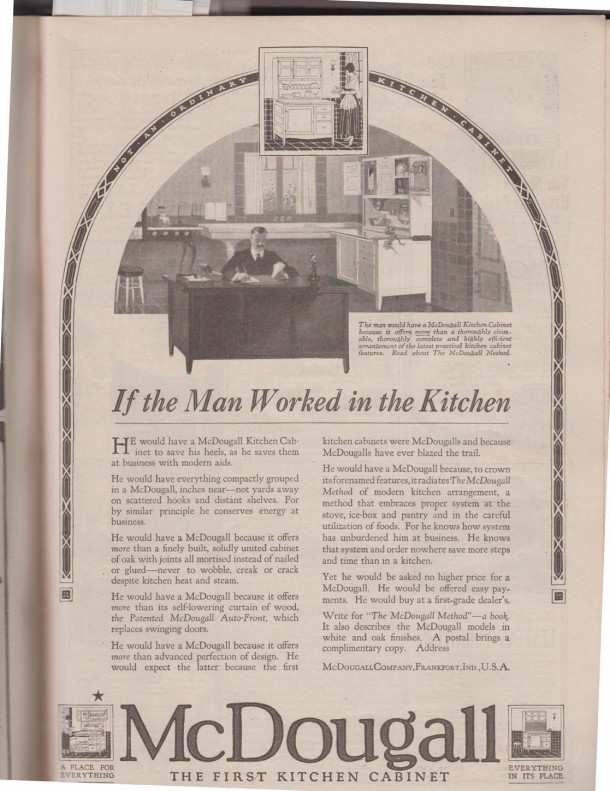 Fascinating marketing angle on the competing Frankfort, Indiana “McDougall- The First Kitchen Cabinet.” Were bachelors clamoring for an effective kitchen cabinet? Are my presumptions incorrect that men would usually find a woman to cook for him or would just eat out? 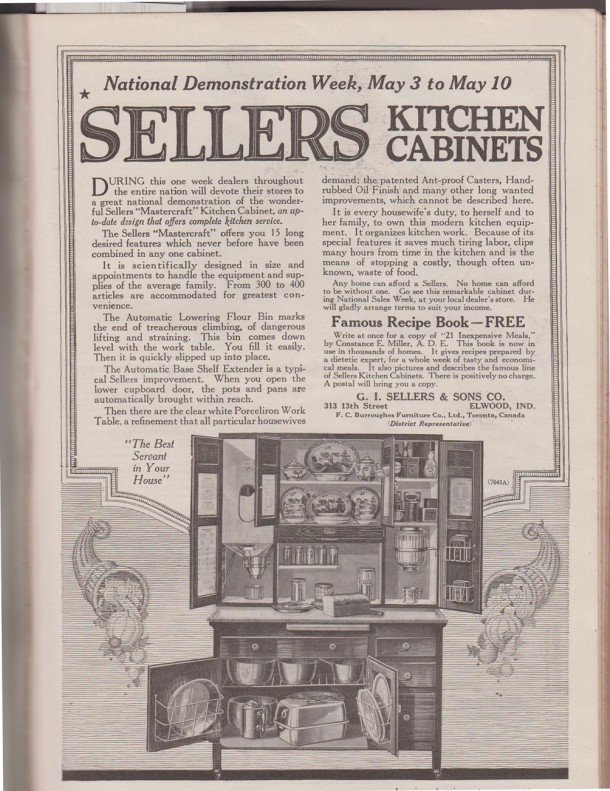 We think we are under pressure from advertising today? Read the above hard sell from Sellers and you wonder if you’re looking for kitchen furniture or joining a culinary-inclined cult. Way to go, Elwood, Indiana. 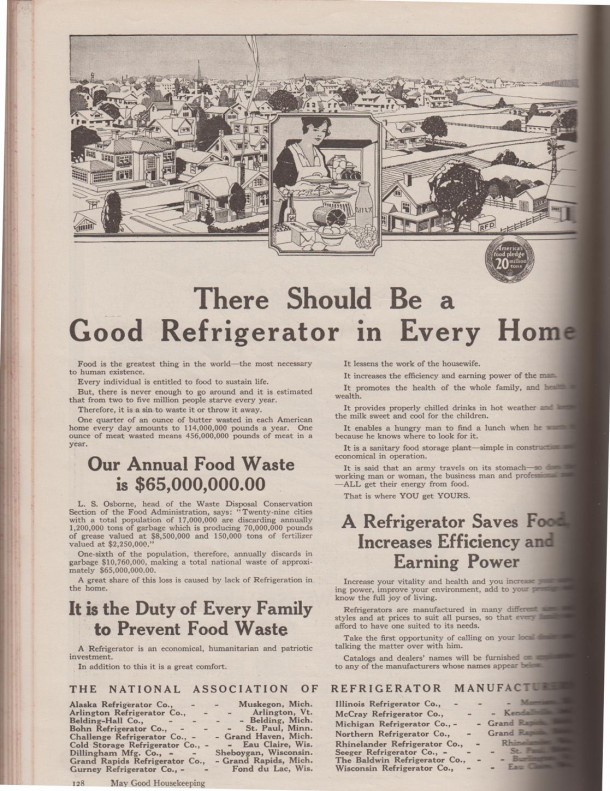 Had to throw in a couple refrigerator adverts as well–especially this one with the fascinating statistics. (Again apologies on the blurry bits) McCray Refrigerator Company was located in Kendallville, Indiana–almost into Michigan. One presumes proximity to the Great Lakes may in part explain the reason for so many early refrigerator manufacturers being located in Wisconsin, Michigan, Minnesota, Iowa and Indiana.

Lined with snow white opal glass? Wow, must have been beautiful. And as a friend pointed out, far more sanitary than a zinc or other metal-lined one. 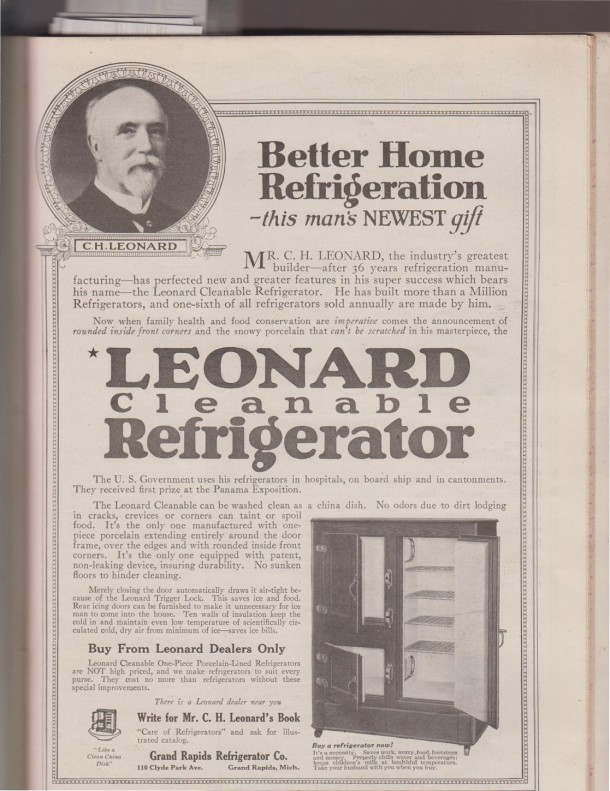 And finally, for fun, one from neighbors directly north of us in Michigan, the Leonard. Which cabinet and which refrigerator would you have chosen from these? Or do you know of another? 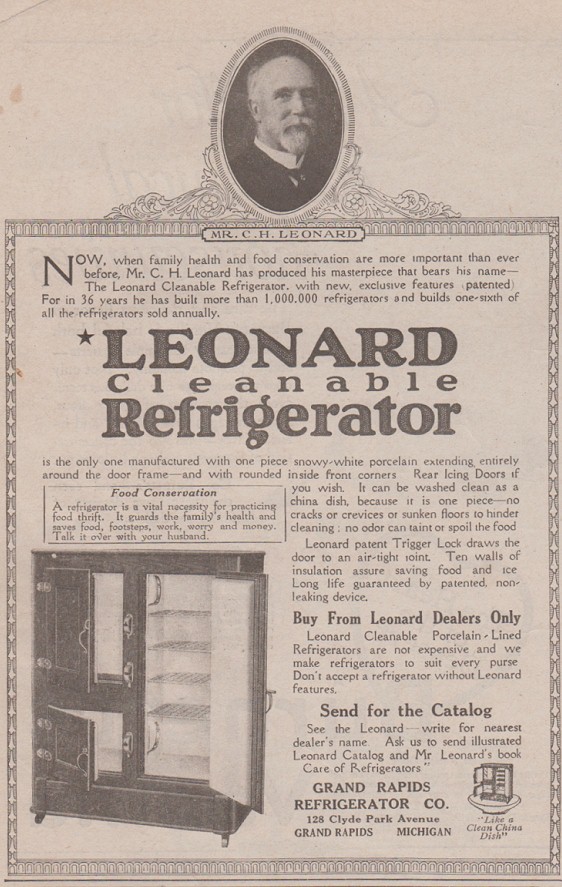 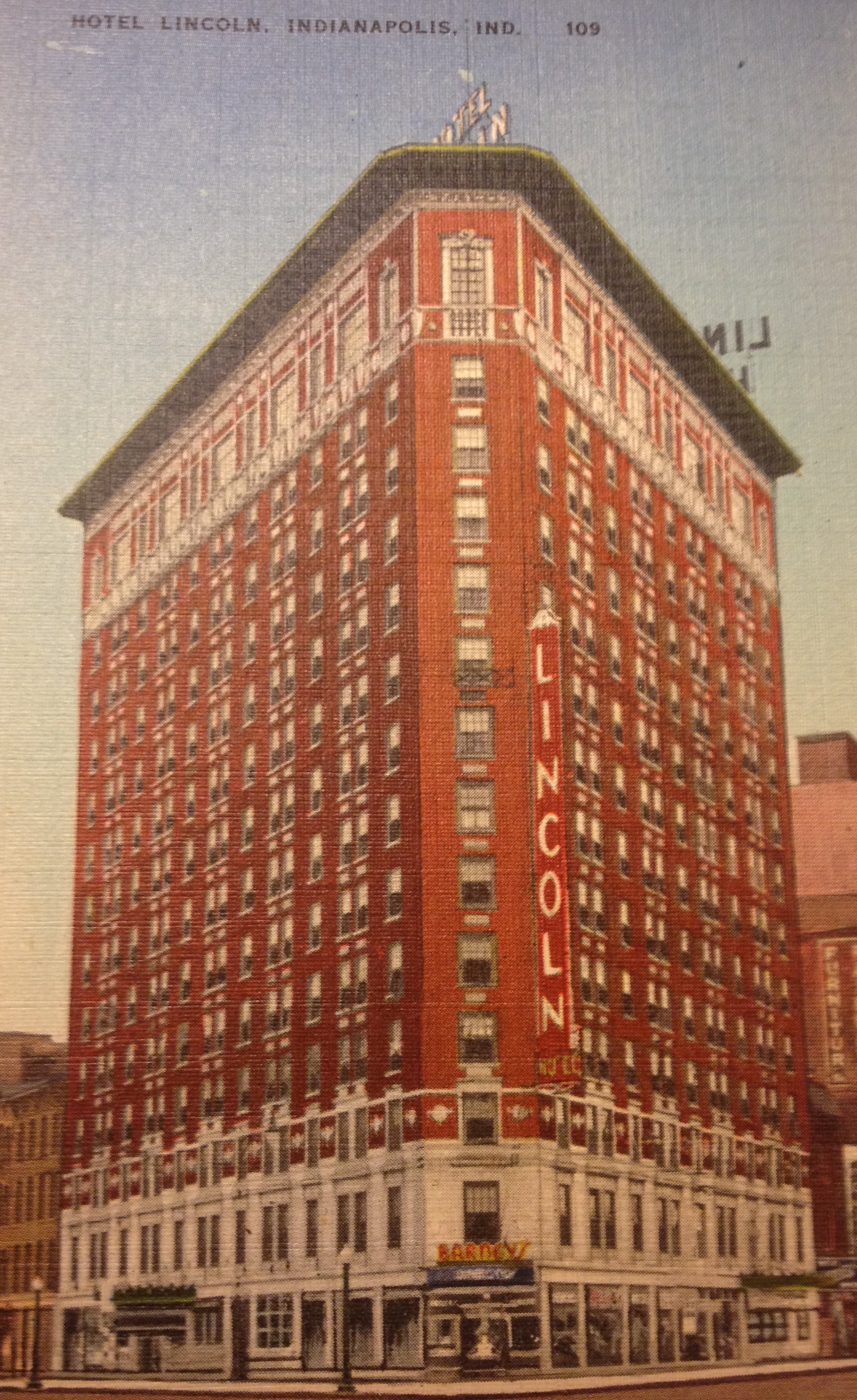 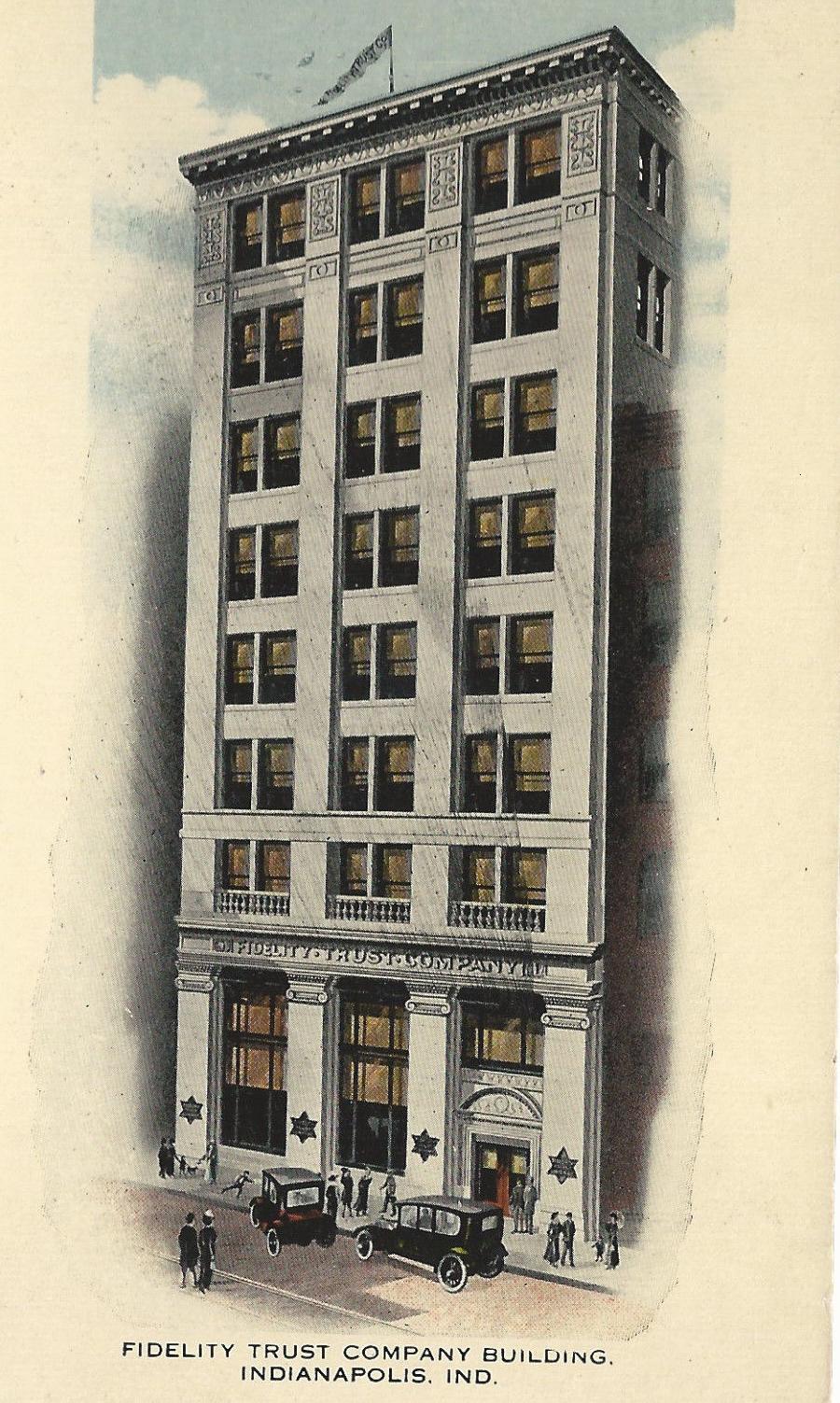 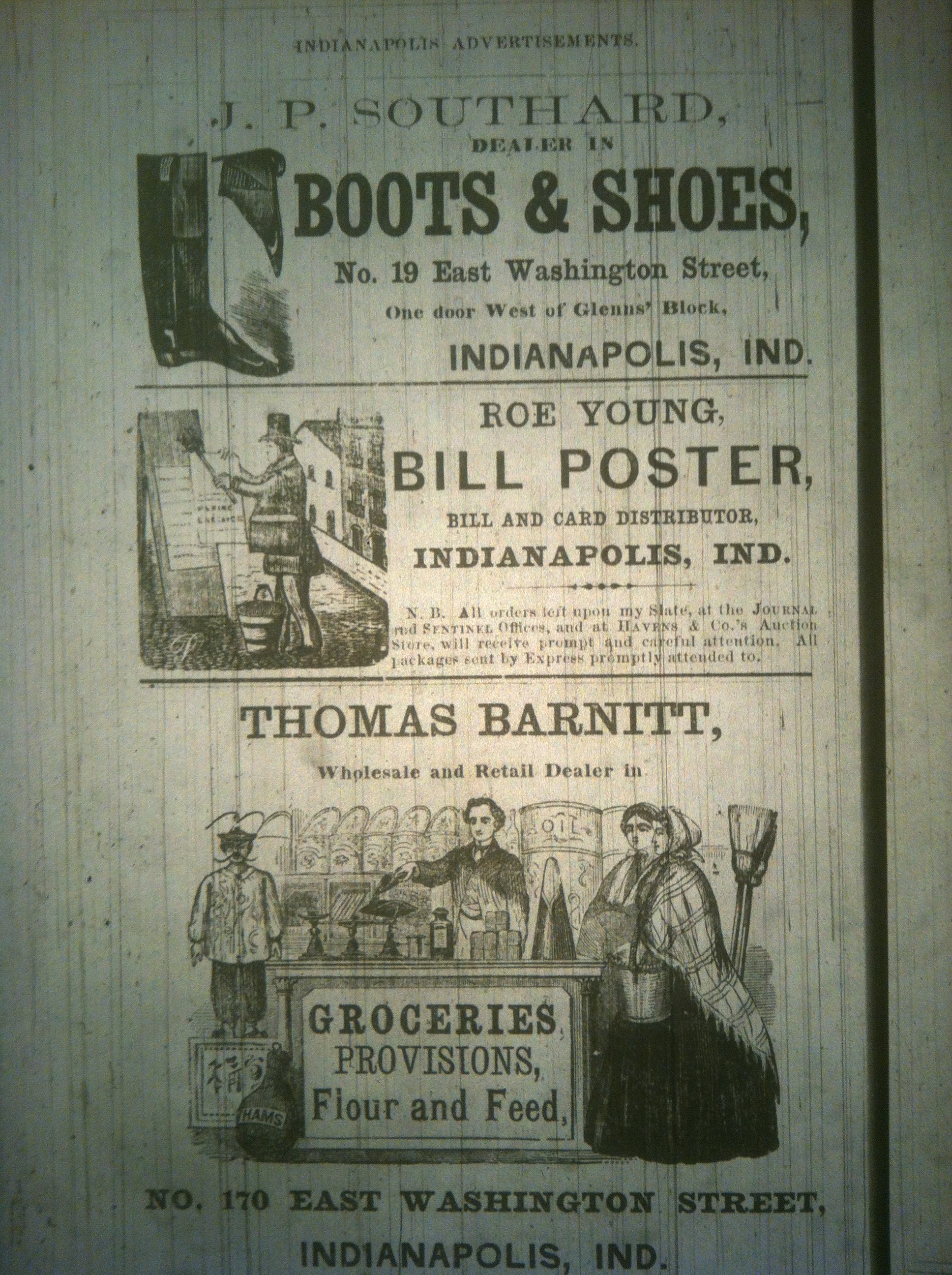 Sunday Ads: 150 Years Ago of Boots, Groceries and Promotional Posters 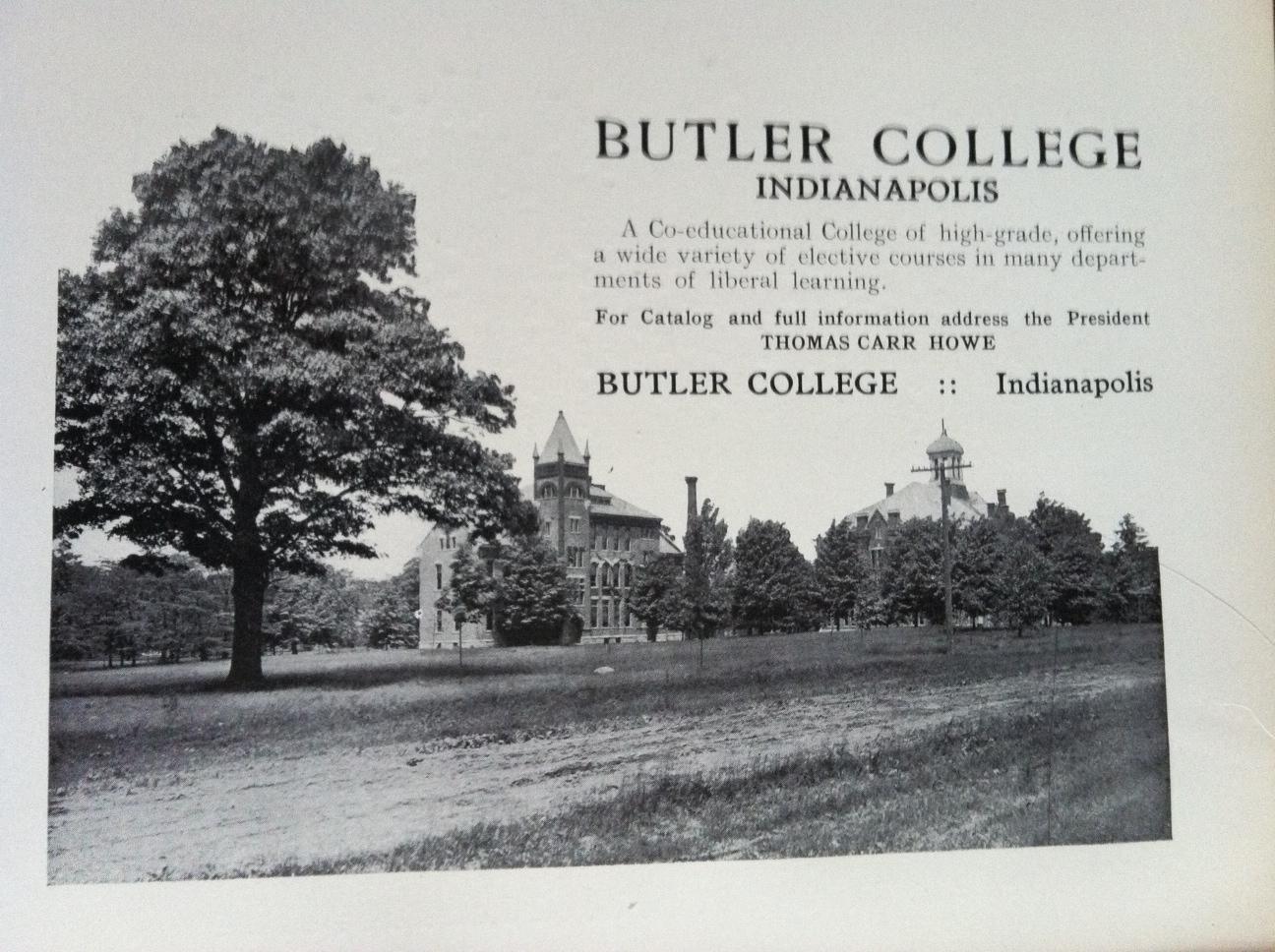