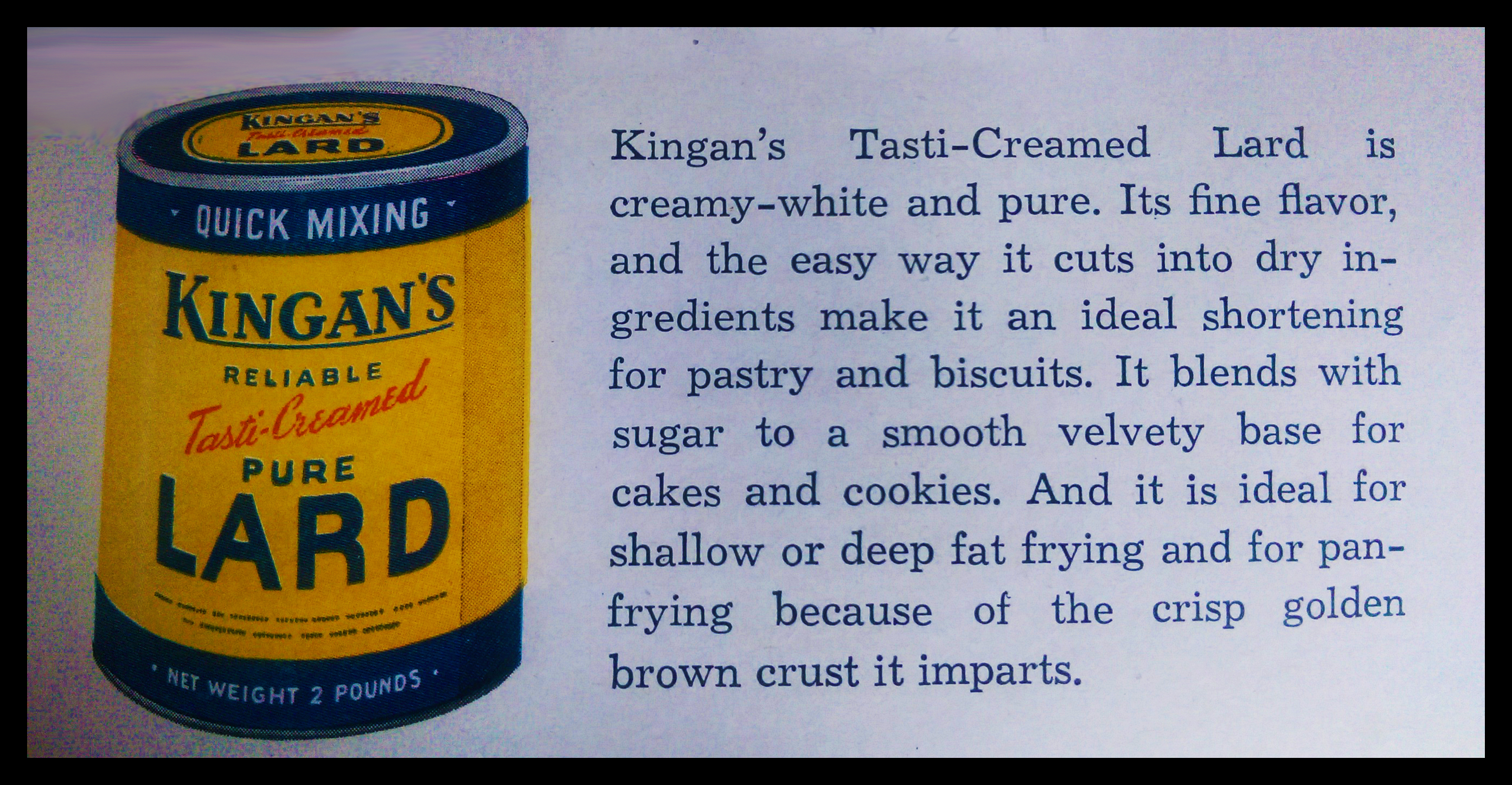 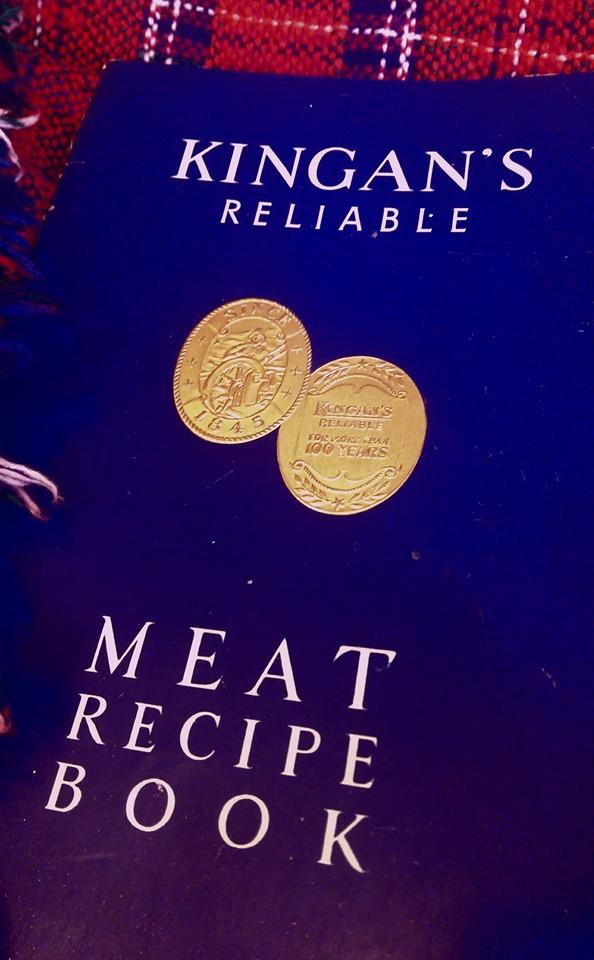 There are some history enthusiasts who yearn to recreate the “good old days.” These intrepid time travelers long to capture the mindset of an ancestor… feel the hardships… taste the heritage. You see them at Renaissance festivals, Civil War reenactments, libraries, historical societies — and sometimes in kitchens, hovering over great-grandma’s secret cranberry stuffing recipe.

Indeed, tasting the foods of our forefathers gives us a way to appreciate how far we’ve come.

Kingan’s Reliable
The Kingan & Co. meat-packing business operated at 55 S. Blackford Street in Indianapolis from 1862 – 1966 (at Maryland and Blackford Streets).  Founder Samuel Kingan and his brother Thomas were born in northern Ireland and came to Indianapolis by way of New York and then Ohio. In the first years of operation, Kingan’s produced goods that were mostly for export (which explains the Clipper Ship and nautical symbolism in the company’s logos). However, by the 1920s, most of the firm’s sales were in the US. At the firm’s centennial, the Indianapolis facility covered 27 acres and employed 3,000 people.

Those who still remember the Kingan’s plant usually comment on an unsavory smell that would emanate from the stockyard. Today, the place where Kingan’s once stood is home to different fragrances: popcorn, peanuts… and elephants (Victory Field and the Indianapolis Zoo).

A more detailed history of the company can be found here. 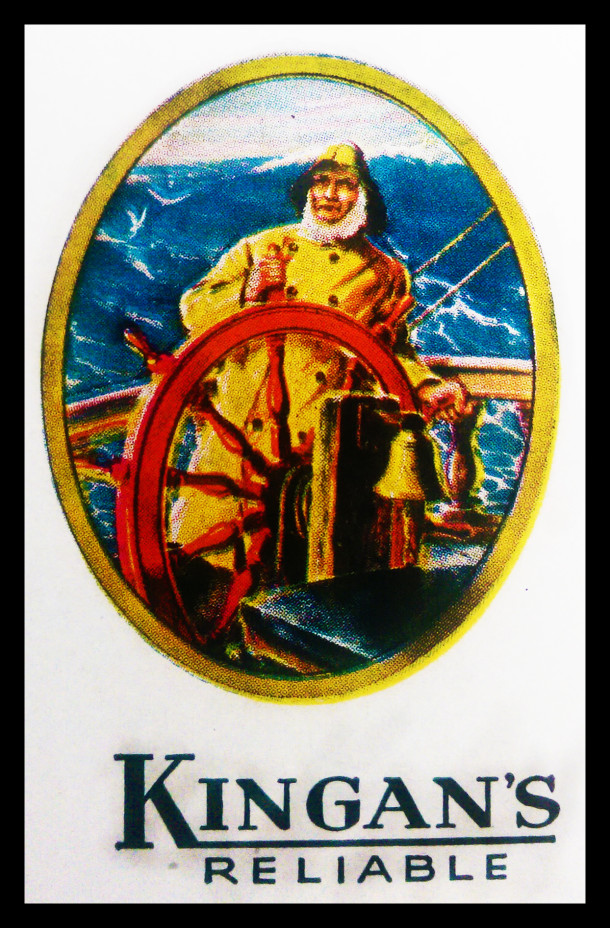 During its years of operation, the company was a prolific advertiser. Many of the Kingan ads and premiums have survived to today. A quick search of the Internet produces Kingan’s pocket mirrors, toy trains, postcards, watch fobs, a plethora of print ads, a souvenir book featuring Indianapolis attractions, and several cookbooks hawking the superiority of the Kingan’s brand to housewives who were eager to… make ends meat, so to speak.

Vintage cookbooks such as the 1946 book featured here, aside from being a great source of historical information, are also solid entertainment. The contemporary cook will likely encounter a number of curious (and humorous) food combinations, outdated techniques, and questionable ingredients (the copious amount of lard used for everything from a butter substitute to a fruit pie ingredient, for example).

Consider the following for your upcoming Thanksgiving feast… 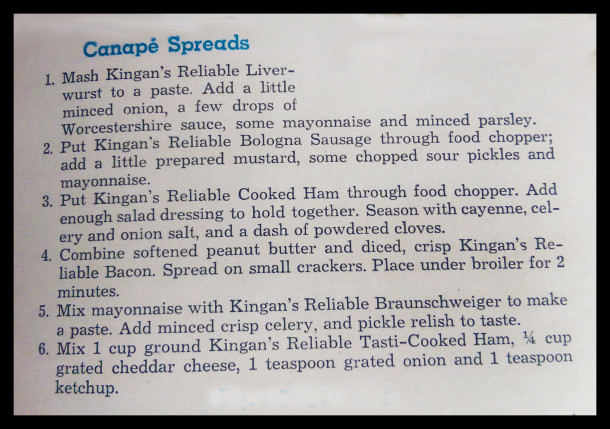 See photo below of contemporary results. 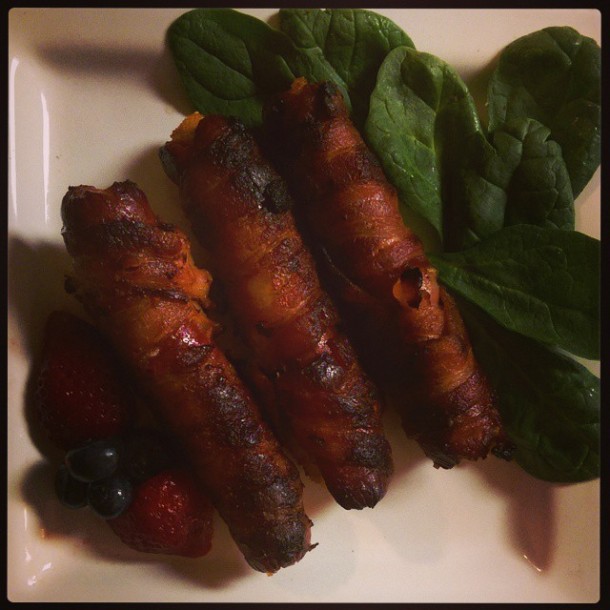 Stuffed frankfurters… like putting the bun INSIDE the frank. If not entirely healthy, at least quite tasty with a little mustard, barbeque sauce, or ketchup. Cooked in the broiler instead of on an outdoor fire, as prescribed in t he recipe.

Meats and Main Dishes Sure to Entertain and Delight… 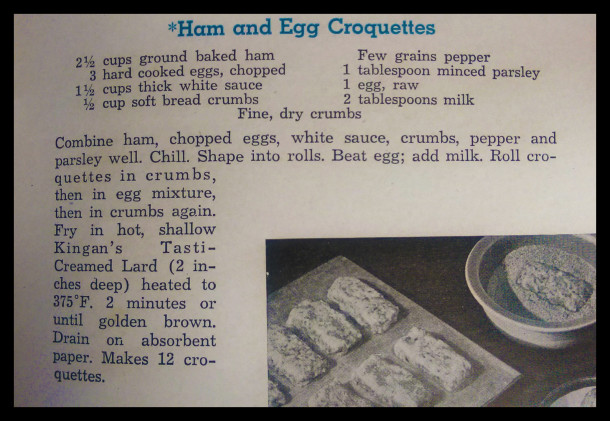 See photo of a contemporary adaptation, below. 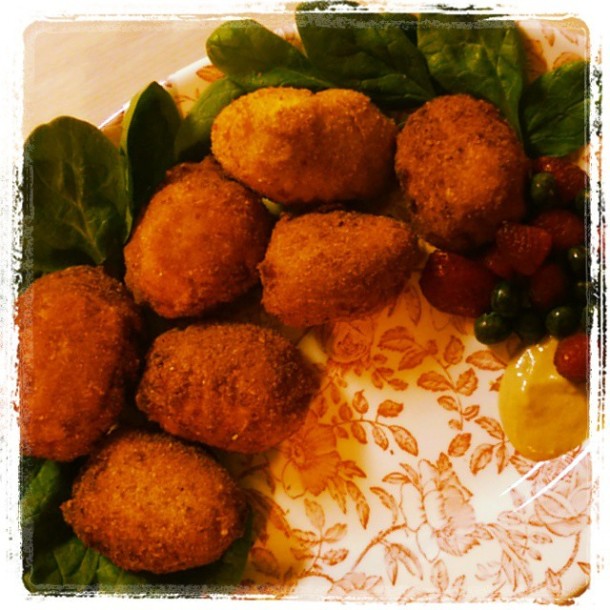 Ham and egg croquettes cooked in a contemporary kitchen (and with a nod to our cardiologist  fried in canola oil, NOT lard). Perhaps a bit bland on their own but tasty with dijon mustard for dipping, If we were to make these again, we’d add some onion to the mix. 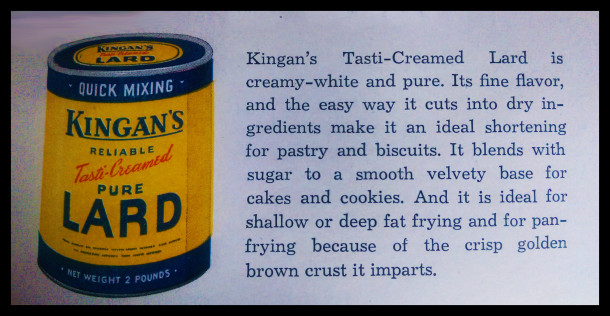 Tricks for sauces and gravies.

Or, you might consider adapting the following recipes to address those pesky Thanksgiving leftovers:

A make-do leftover recipe with a rather deceptive title. 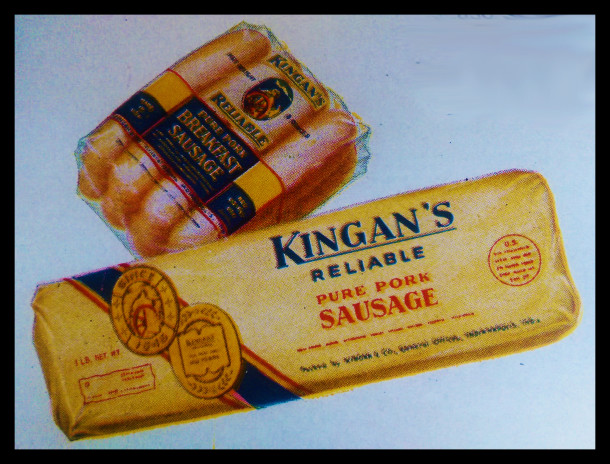 Not exactly what we would consider a “fondue” today… but very similar to some breakfast casseroles still served.

Was this the fore-runner… or perhaps a competitor of Spam?

Hey, if you decide to try some of these, post a photo on the HistoricIndianapolis Facebook page and tell us how it went.

Wishing you and yours a warm and tasty Thanksgiving holiday!

Do you remember any of these recipes from the past?

What are your treasured recipes that have been handed down from your ancestors? 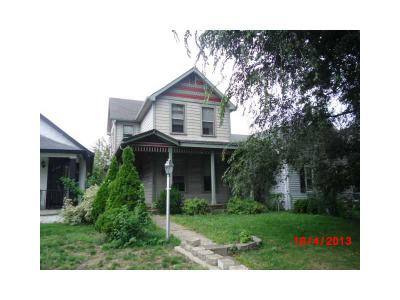 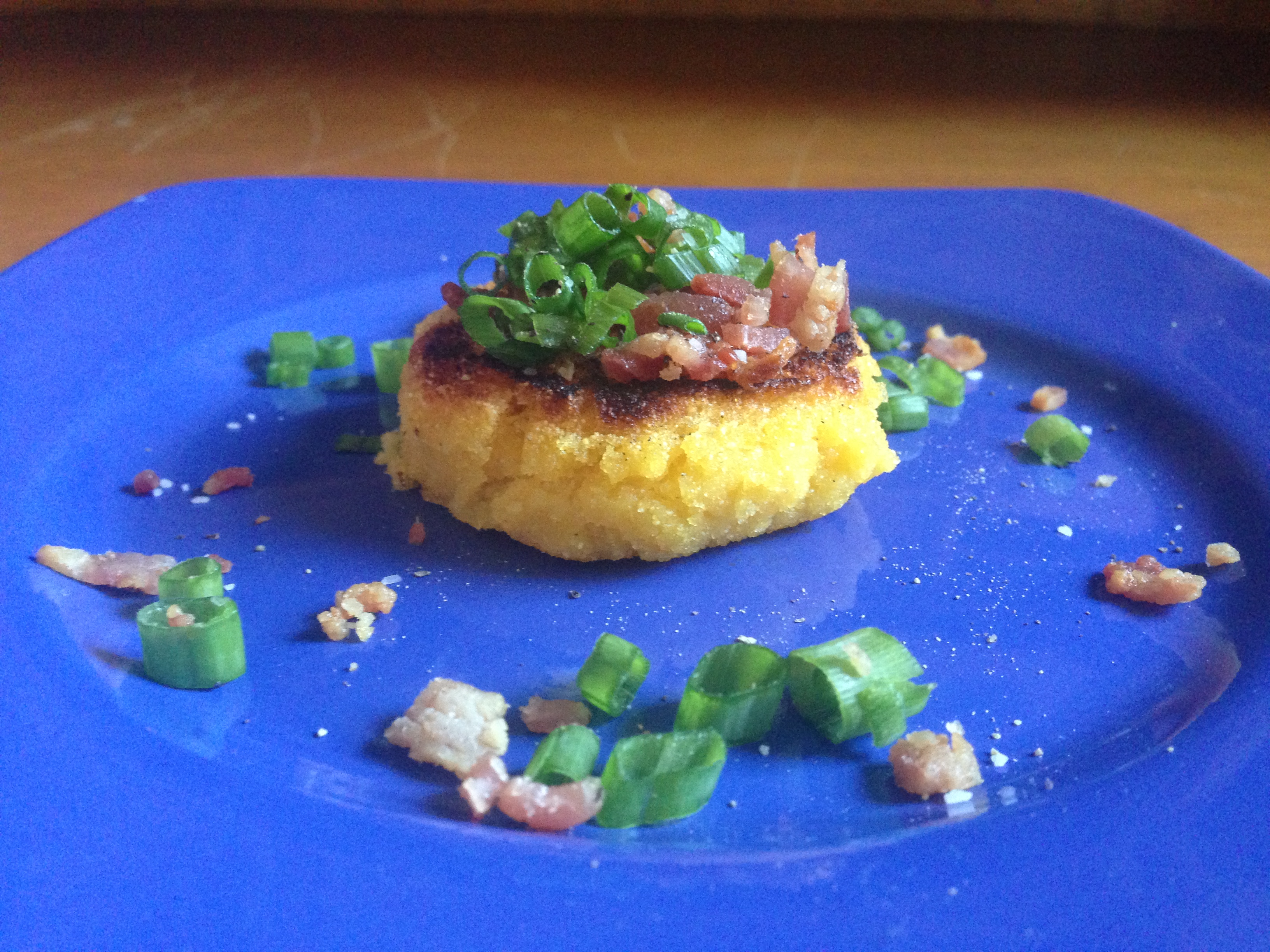 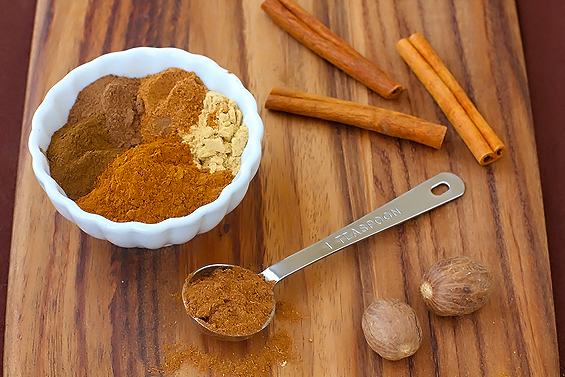 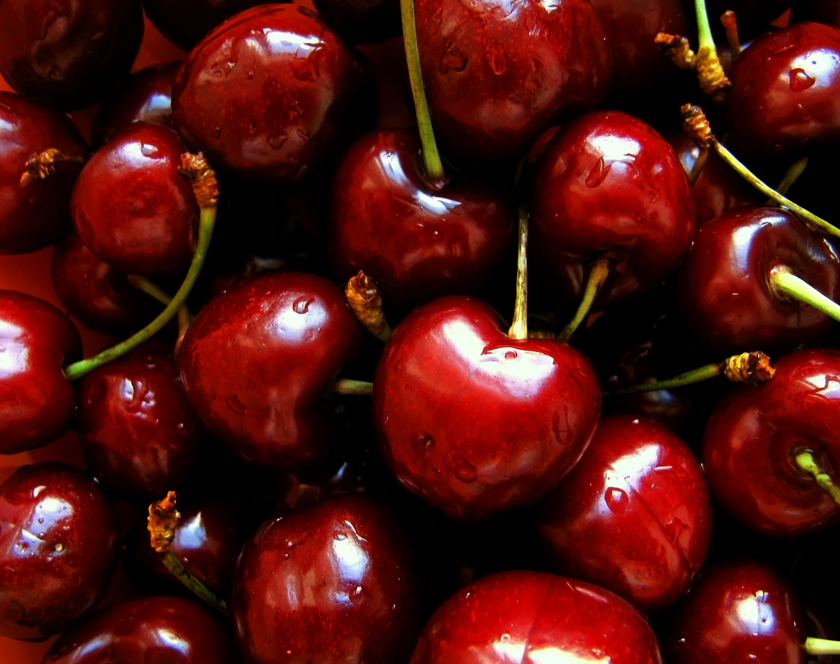