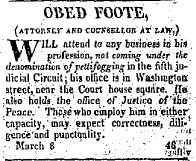 This week’s Sunday Advert comes to you from almost two hundred years ago, when Indianapolis was in its infancy.  The March 22, 1823, issue of the Indianapolis Gazette contained an ad from one of Indiana’s first lawyers, Obed Foote.  Mr. Foote, born on April 27, 1787, was admitted to practice law in the First Circuit Court on September 26, 1822.  The two other lawyers admitted that day – Hiram Curry and none other than Calvin Fletcher Sr., for whom the Fletcher Place neighborhood is named.

“one of the most remarkable characters that early settled in Indianapolis.  Although a man of kindly heart, he let the gruff side of his nature appear uppermost.  That he was a kindly man I know, because he was kindly to children; but for conceited men or men of shams he had no consideration whatsoever.  He blurted out just what he thought of ignoramuses or asses, and he was not merely a man of words – he was ready to give satisfaction physically.  Yet he proved himself a just man, with clear ideas of law, occupying as he did until the day of his death (in 1833) the place of the principal justice of Indianapolis.”

In addition to holding the position of Justice of the Peace until his death, Obed Foote was  a founding member and first treasurer of the Centre Masonic Lodge #23, formed on March 27, 1822.  He also served as the librarian for the Indianapolis Library, organized July 9, 1828.  He died of “scar. maligna.” on September 24, 1833; preceded in death by his first wife, Ann, and survived by his second wife, Mary, and two children, Obed and Cynthia.

And as for pettifogging?  It’s defined as insignificant or petty; dishonest or unethical in insignificant matters or “meanly petty.”  Black’s Law Dictionary defines a “pettifogger” as “a lawyer lacking in education, ability, sound judgment, or common sense” or “a lawyer who clouds an issue with insignificant details.”  Earlier versions of Black’s Law Dictionary also included a definition for “pettifogging shyster” meaning “unscrupulous practitioners who disgrace their profession by doing mean work, and resort to sharp practice to do it.”

Pettifogging – add that to your vocabulary to replace a swear word! 🙂 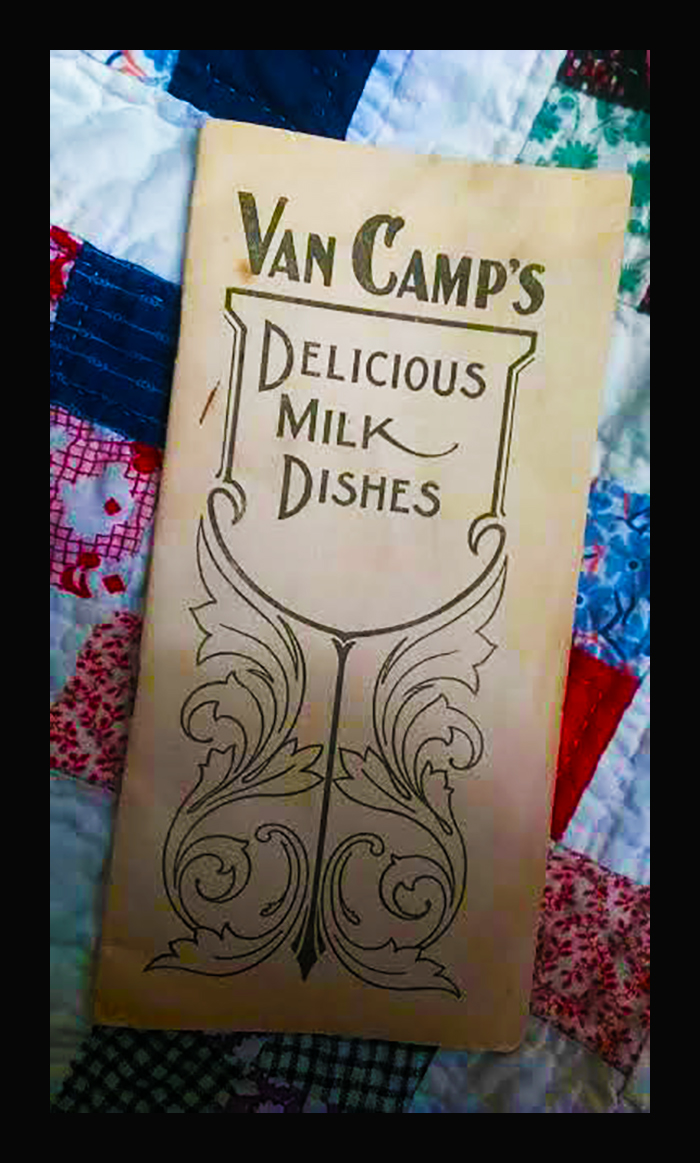